A look at Iranian newspaper front pages on Feb. 21

Resumption of talks with the US in Geneva over Iran’s nuclear program dominated the front pages of Iranian dailies on Saturday. Foreign Minister Zarif’s comments that the US should opt for either talks or sanctions were in the headlines too. And reformist-leaning newspapers put on their front pages the comments of the grandson of the late Imam Khomeini on freedom, independence and religiosity.

Abrar: Before talks with John Kerry, Foreign Minister Zarif will have a meeting with [his British counterpart] Philip Hammond.

Abrar: “Iran is among the world’s top 10 countries when it comes to building destroyers,” said the Iranian Navy commander. 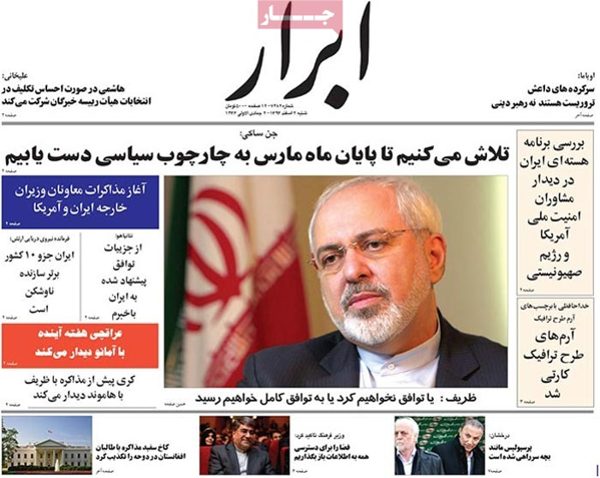 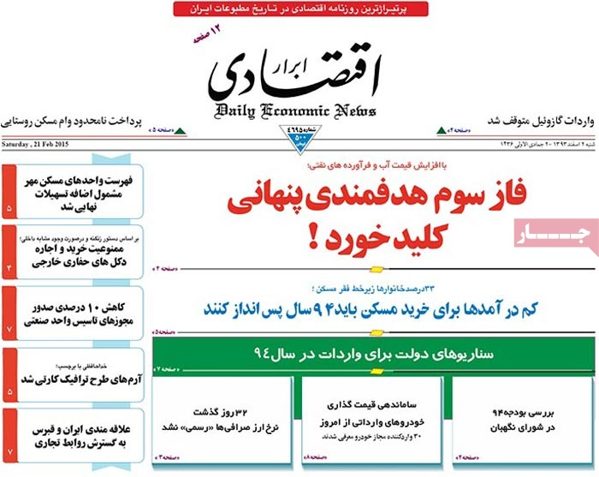 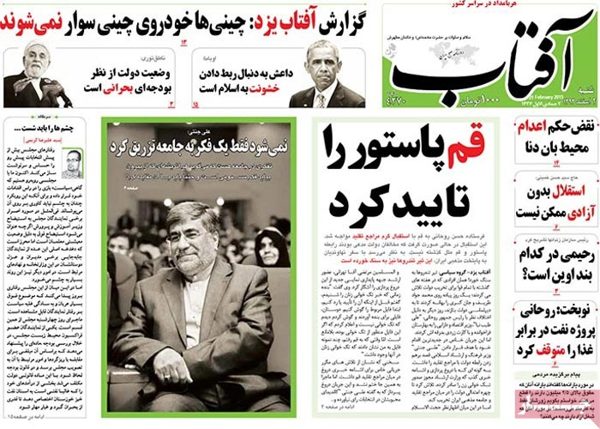 Arman-e Emrooz: The grandson of the architect of the Islamic Republic has said that the late Imam shattered the idol of backwardness by issuing religious edicts on chess and music. 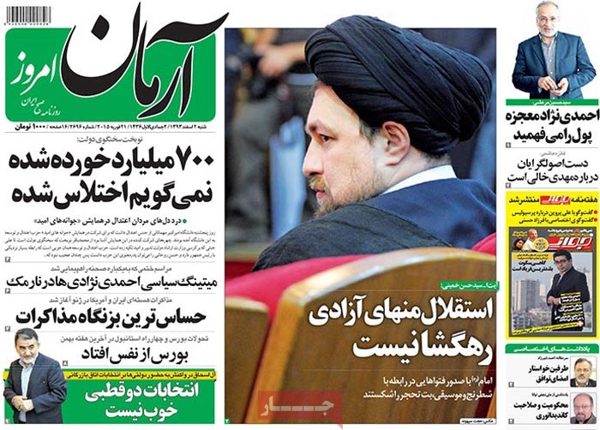 Ebtekar: A wave of precipitation is sweeping the country. Snow is in the forecast for Tehran on Saturday. 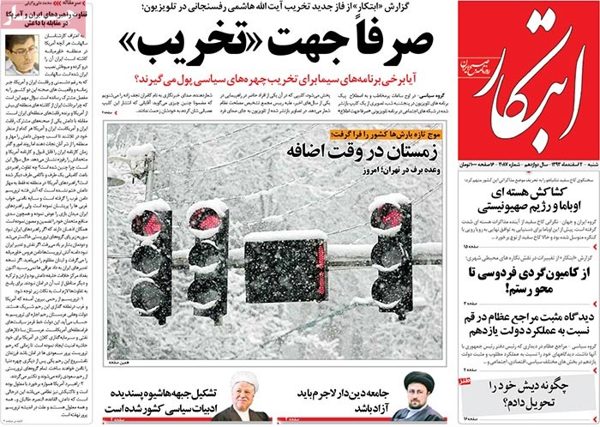 Etemad: The Atomic Energy Organization of Iran says it stands ready to have a more active presence in nuclear talks with P5+1.

Etemad: Qom is satisfied with Rouhani.

Senior Shiite clerics based in the holy city of Qom have praised the performance of the government and thrown their weight behind its economic policy as well as nuclear talks with P5+1. 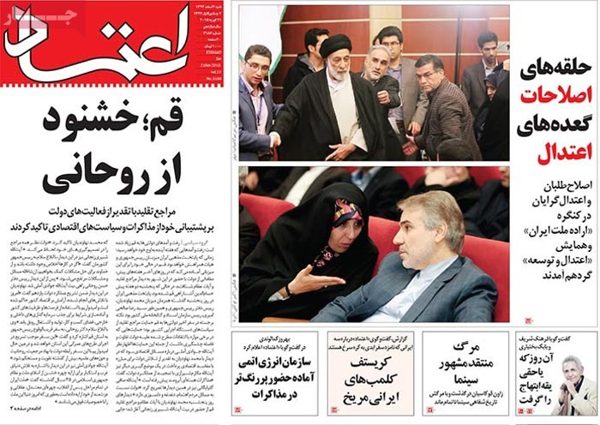 Ettela’at: A ban may be slapped on imports of certain products next year [starts late March 2015]. 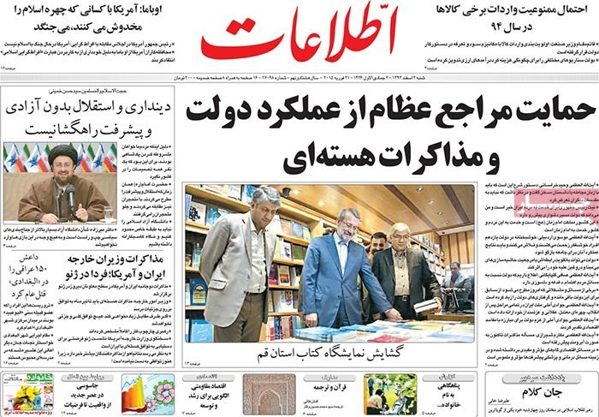 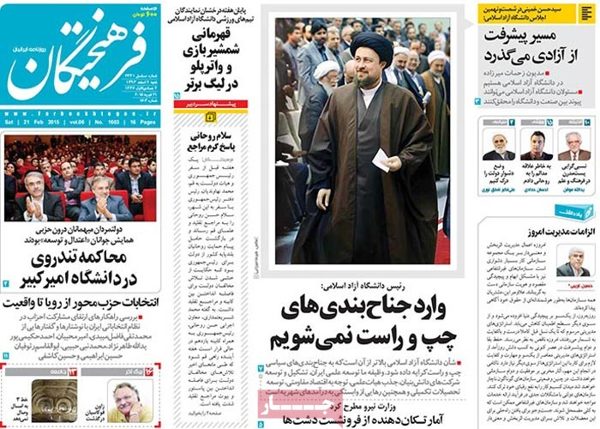 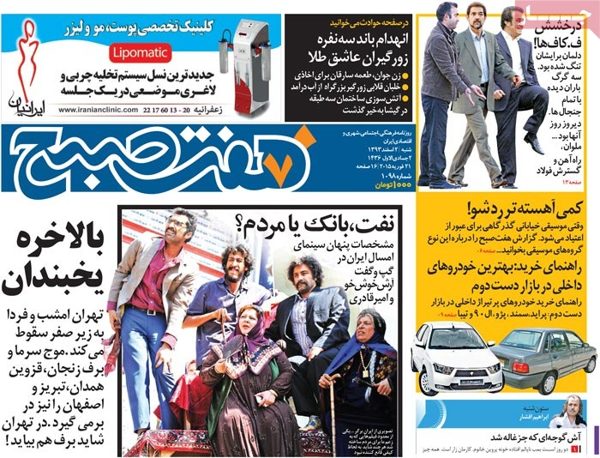 Iran: The president’s chief of staff has said that government takes account of the views of senior clerics in its decisions. 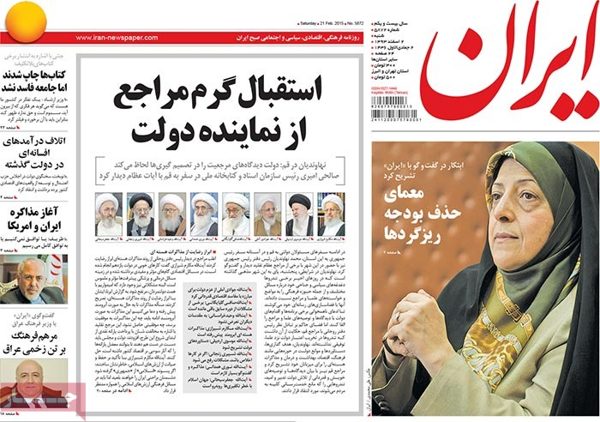 Jahan-e Eghtesad: “We’ll agree either on everything or nothing,” said Foreign Minister Mohammad Javad Zarif. 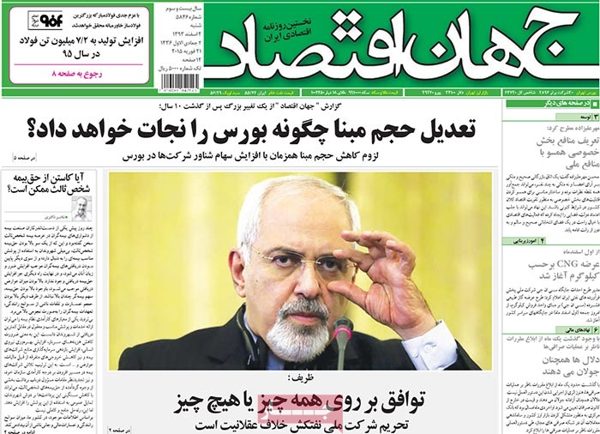 Jamejam: A new Support for Family law has taken effect. 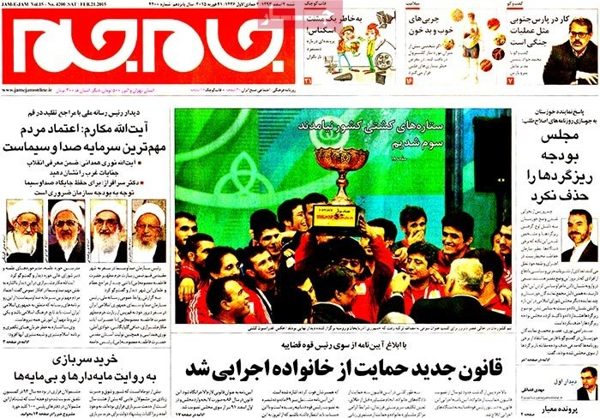 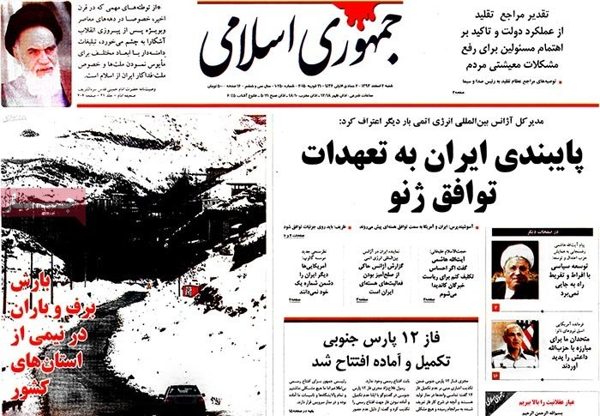 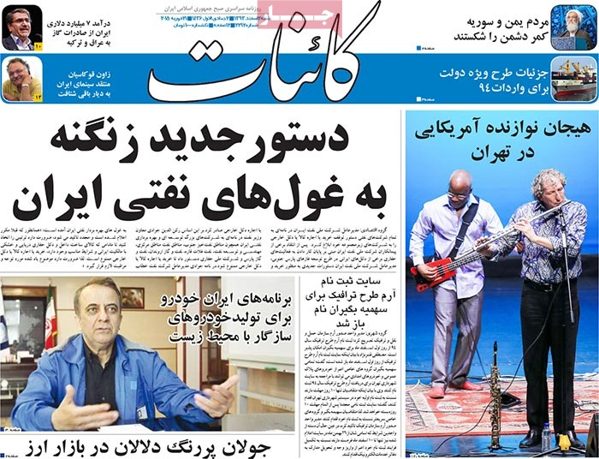 Kayhan: “Officials should not be indifferent toward cultural issues in society,” said Tehran Friday prayer leader.

Kayhan: “Either sanctions or talks, the US needs to choose one,” said FM Zarif. 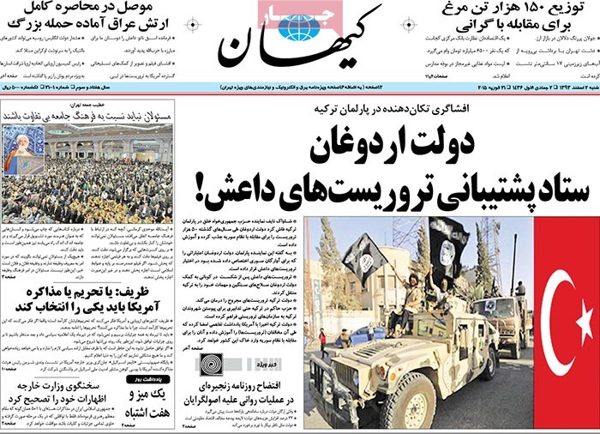 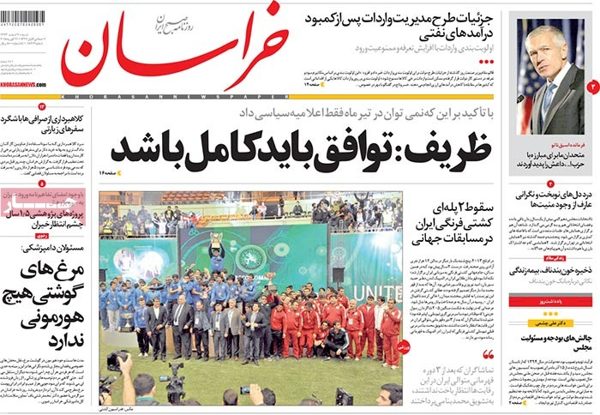 Mardomsalari: “The leader is in on the details of the talks,” said Mohammad Javad Zarif. 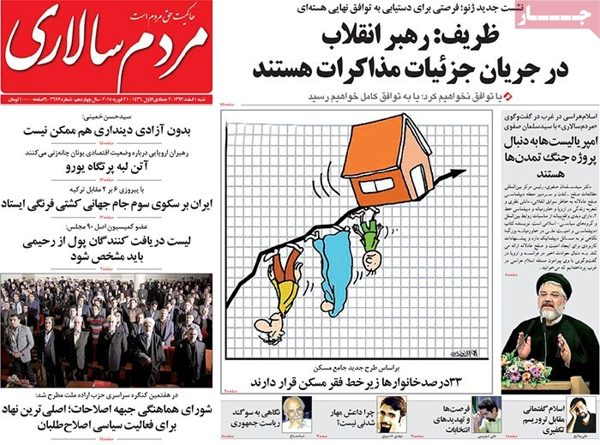 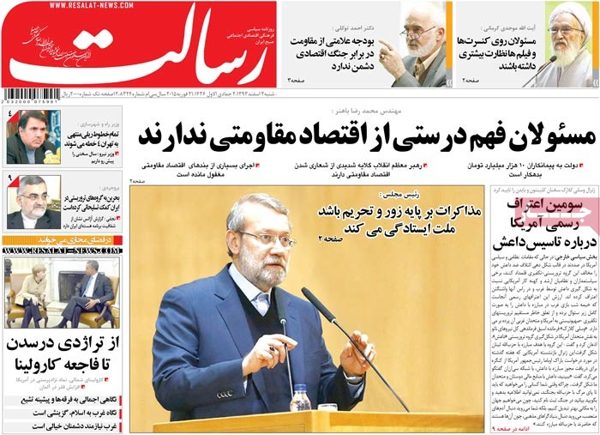 Sharq: President Rouhani has called for formulation of a national document on water resources in the east of the country. 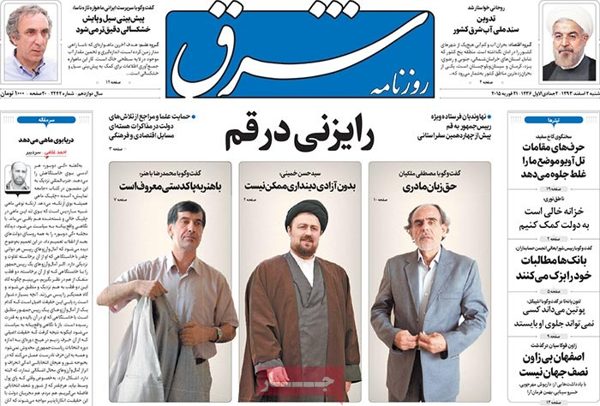 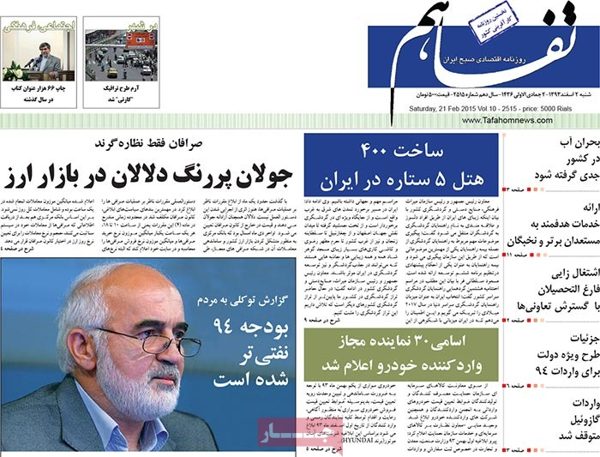