A look at Iranian newspaper front pages on Feb. 18

President Rouhani’s assertion that Iran does not need the permission of others to make scientific headway dominated the front pages of Iranian newspapers on Wednesday. News that high-income individuals are being taken off the list of people who receive cash subsidies also made front-page headlines. 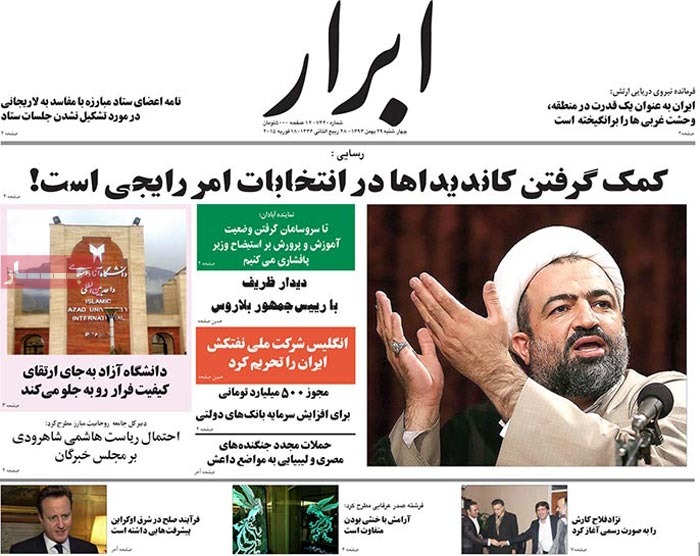 Afkar: “To make scientific progress we have not gotten and will not get permission from anyone,” said President Rouhani. 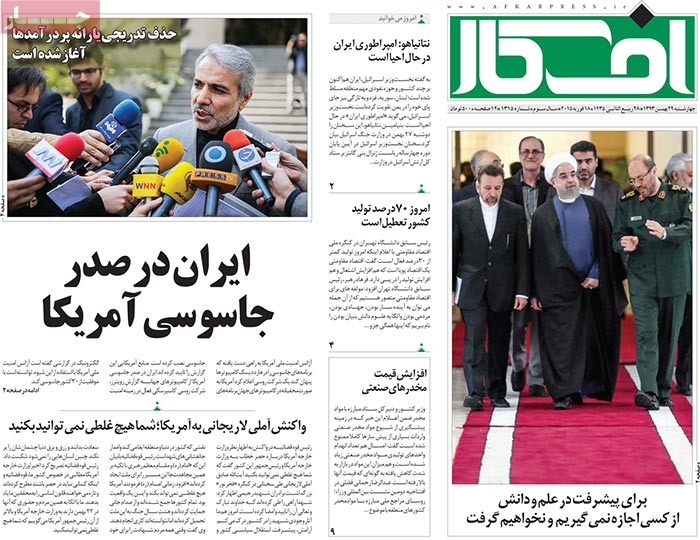 Aftab-e Yazd: Elimination of the cash subsidies of high-income individuals has gotten underway. 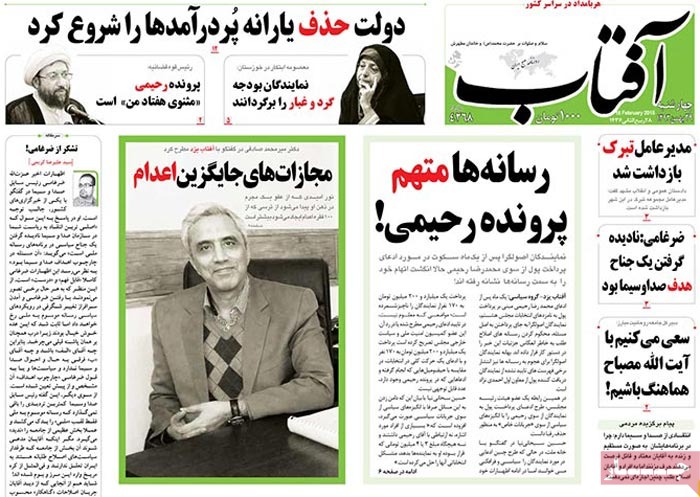 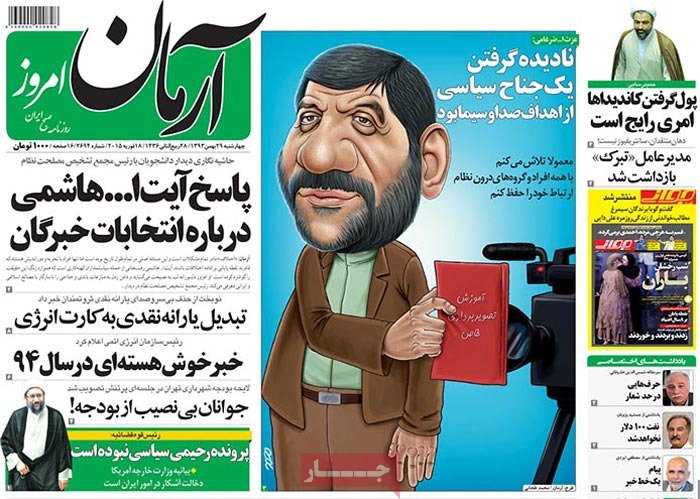 Etemad: [As part of investigation into corruption allegations] Police have arrested the managing director of Tabarok [a food company which among other things produces tomato paste]. 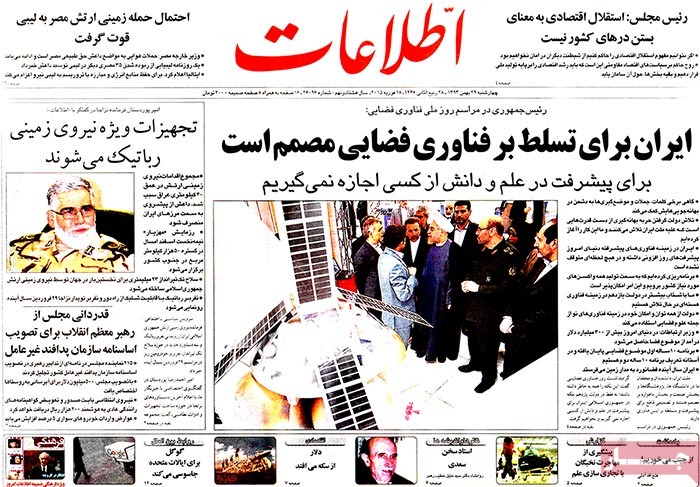 Iran: “To settle the problem of particulates a scientific, not political, atmosphere is needed,” said the Iranian environment chief.

Iran: “The stance of some at home plays into the hands of the enemy,” said President Rouhani. 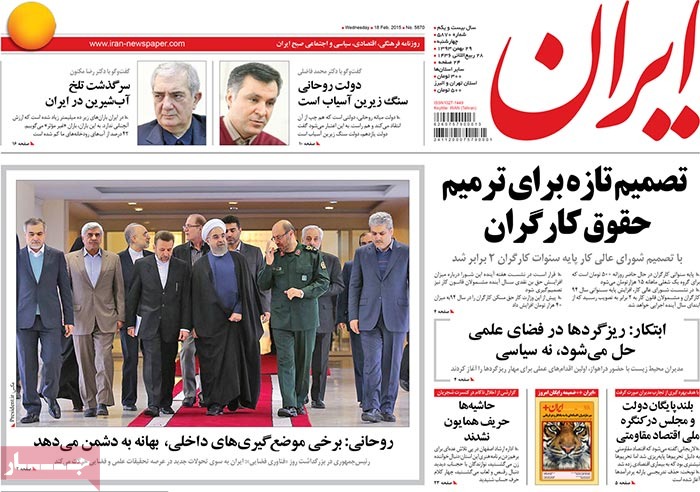 Jomhouri Islami: “Stoking factional disputes is not compatible with our Iranian and Islamic interests,” said the chairman of the Expediency Council. 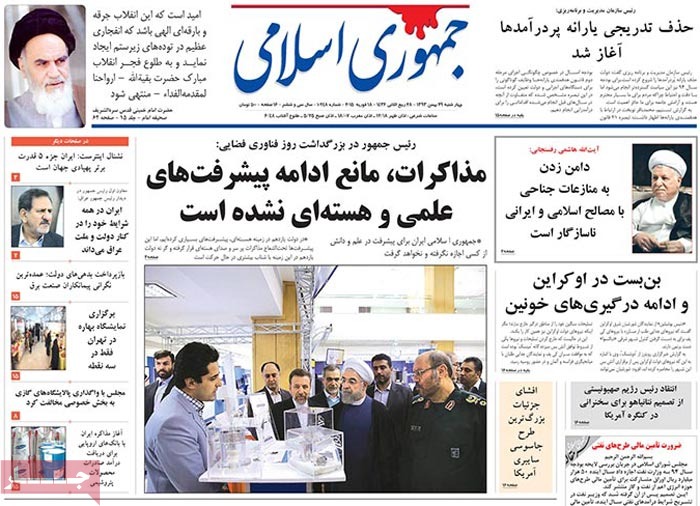 Kar va Kargar: “Capitulation is over. No one can interfere in Iran’s internal affairs,” said the judiciary chief. 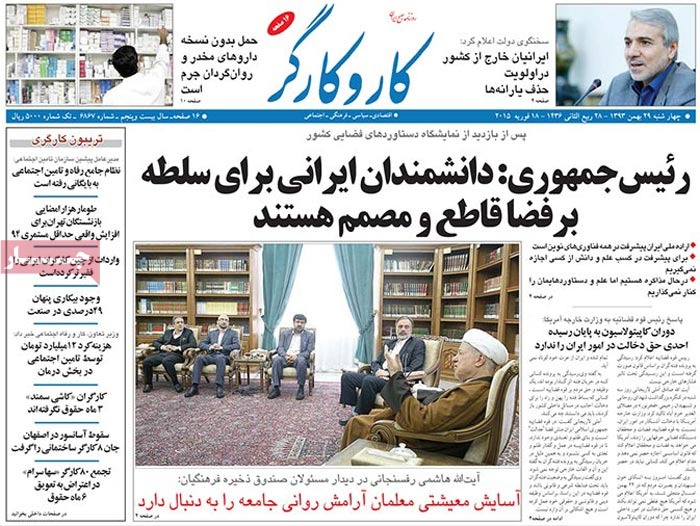 Kayhan: Some $7 billion in arms sales to Egypt was a present IS handed to France. 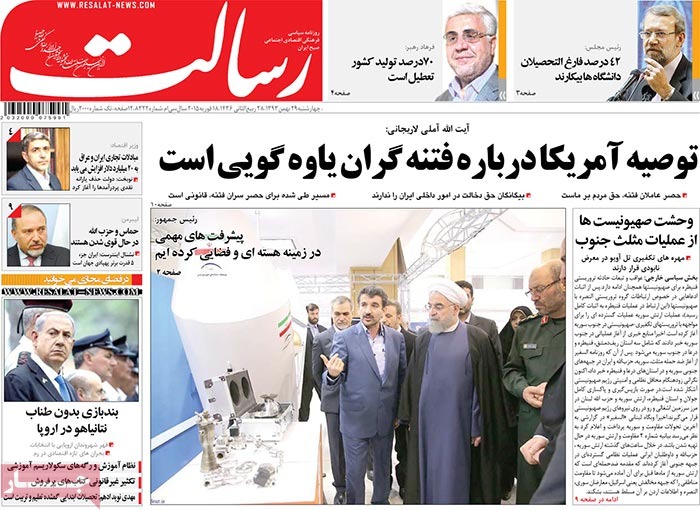 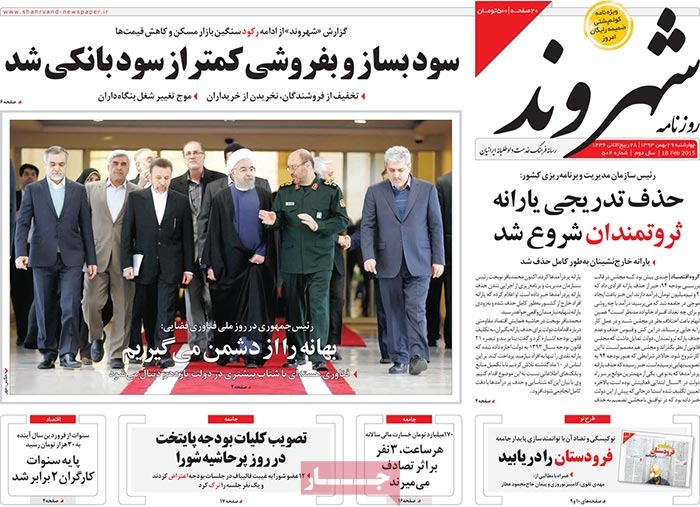