A look at Iranian newspaper front pages on Feb 17

IFP has taken a look at the front pages of Iran newspapers on Wednesday and picked headlines from 20 of them. IFP has simply translated the headlines and does not vouch for their accuracy.

Guardian Council, the body in charge of vetting the credentials of hopefuls for the late February elections of the parliament and the Assembly of Experts, has released the final list of qualified candidates. This means all political factions will start releasing lists of their candidates. Tonight, the candidates will officially start their election campaigns across Iran. Most of the papers on Wednesday February 17, 2016 covered these developments.

Minister of Foreign Affairs Mohammad Javad Zarif’s address in the European Parliament was also covered by most papers on the day. Furthermore, developments in Yemen, Saudi policies in the region and Iran’s latest oil industry developments were also taken up by the dailies. 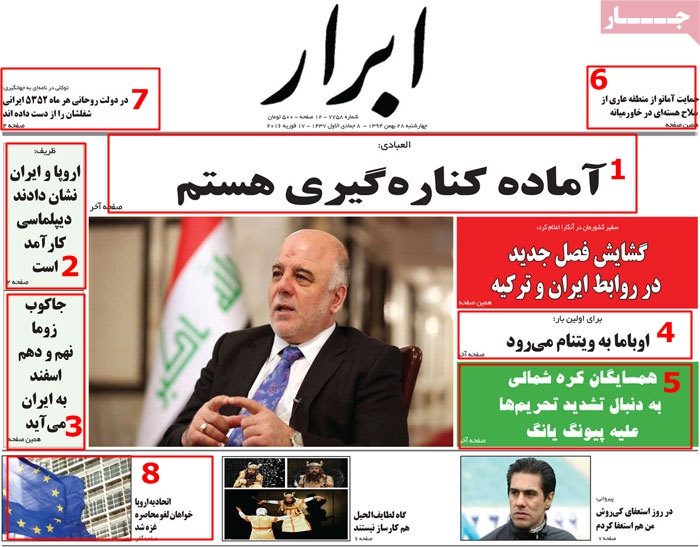 Ali Motahhari was an outspoken government critic during Ahmadinejad administration. 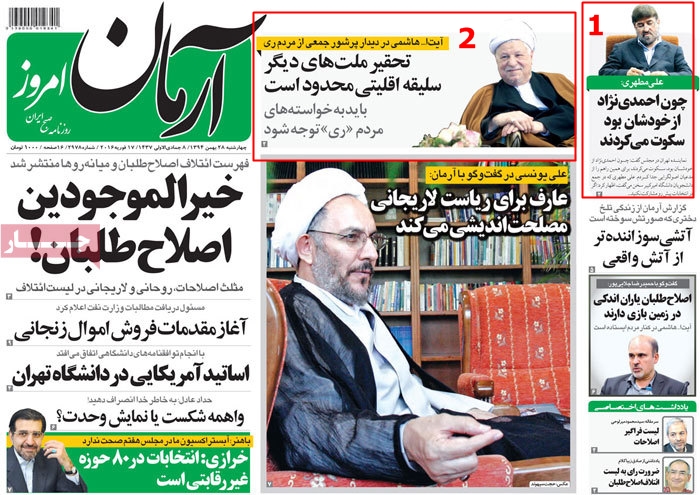 Russia, Saudi Arabia, Qatar and Venezuela have collectively agreed to reduce their crude oil supply to global markets in a bid to diminish the market oversupply that has slashed prices by at least 70% over the past 18 months. 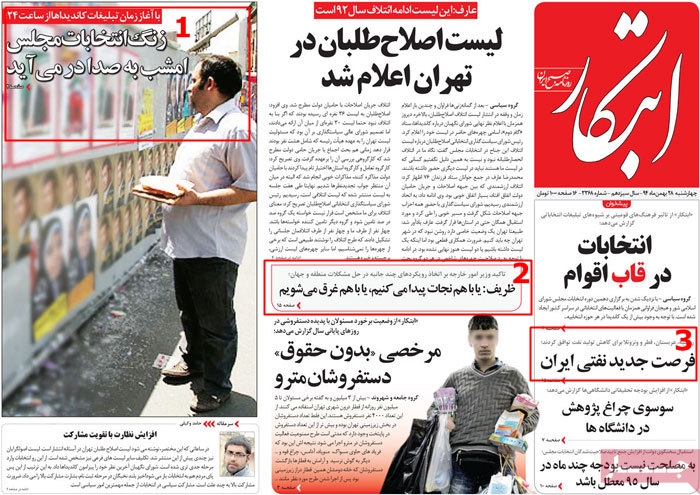 The director of the presidential office has said the Iran will have no room for the import of goods now that the JCPOA, commonly called nuclear deal, has gone into effect.

3.Zarif to EU Parliament: Syrians, not Saudis, will determine result of talks

4.Sale of Iranian corporate mogul’s assets from next week

Iran has finished hearing sessions in the trial of Iranian billionaire Babak Zanjani, who is facing corruption charges. As a verdict, his properties will be sold to pay for his debts. 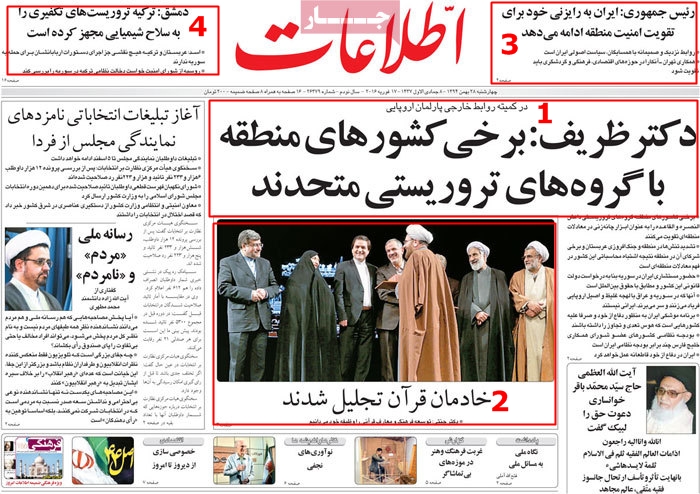 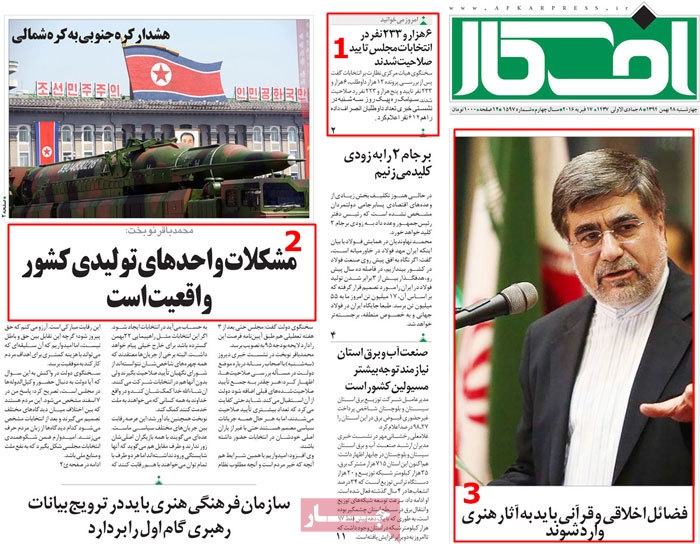 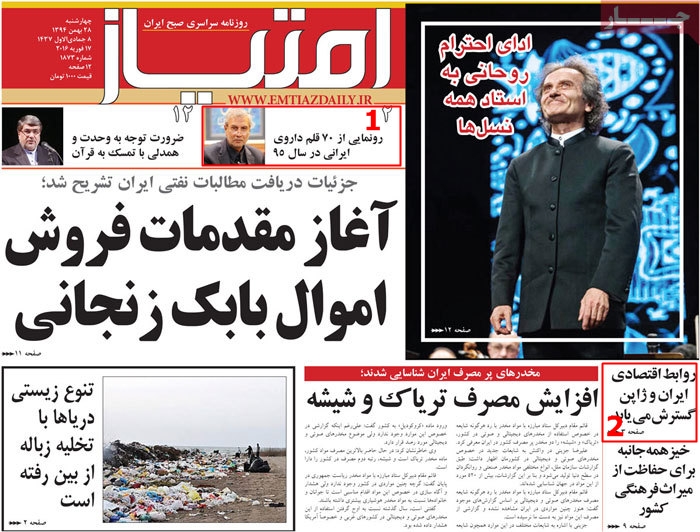 Iran and Russia has signed a MoU to enhance tourism ties. 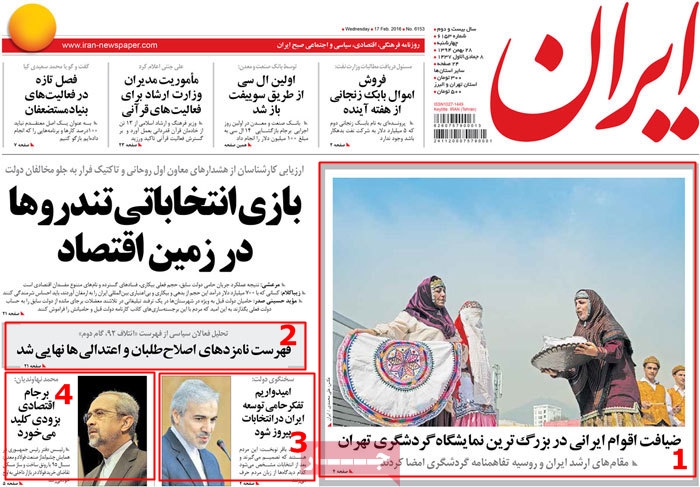 Iran: No plans for Saudi talks Iran says it will keep boosting crude exports to its pre-sanctions quota. 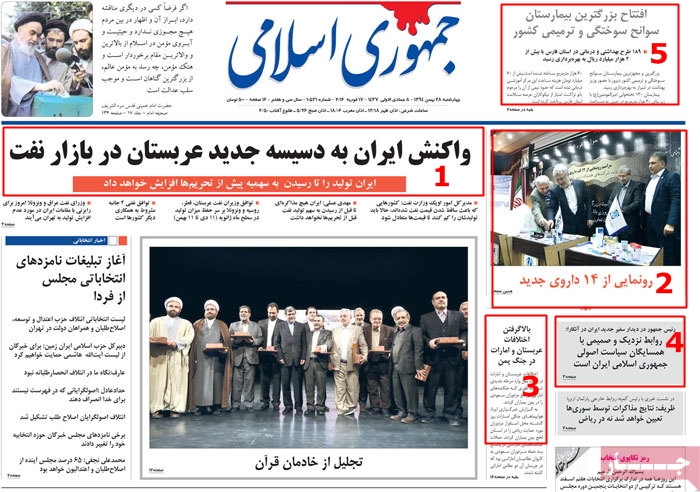 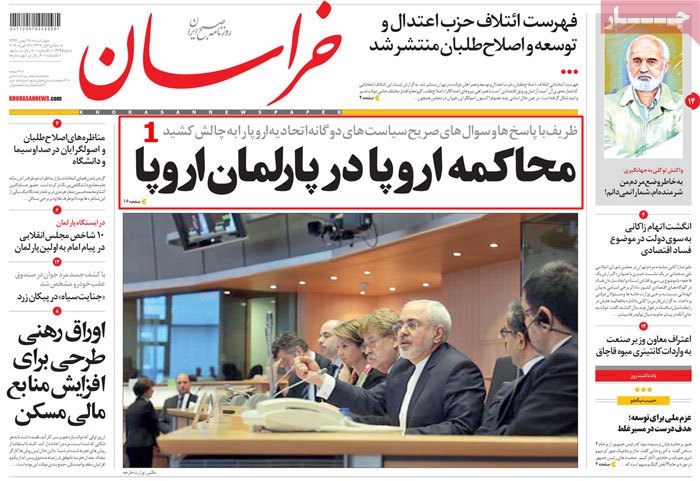 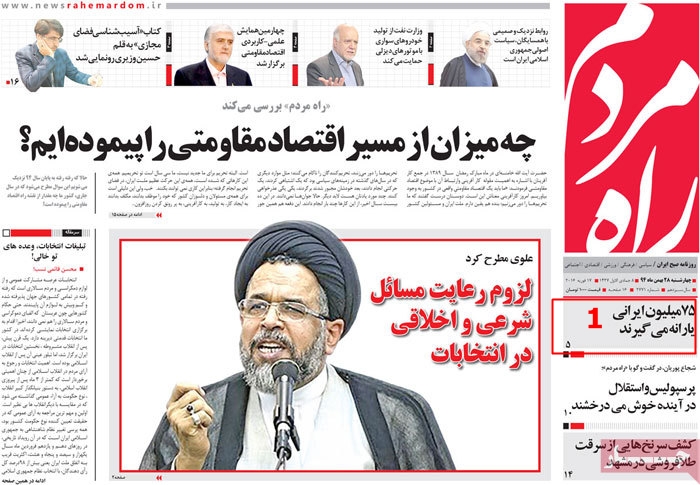 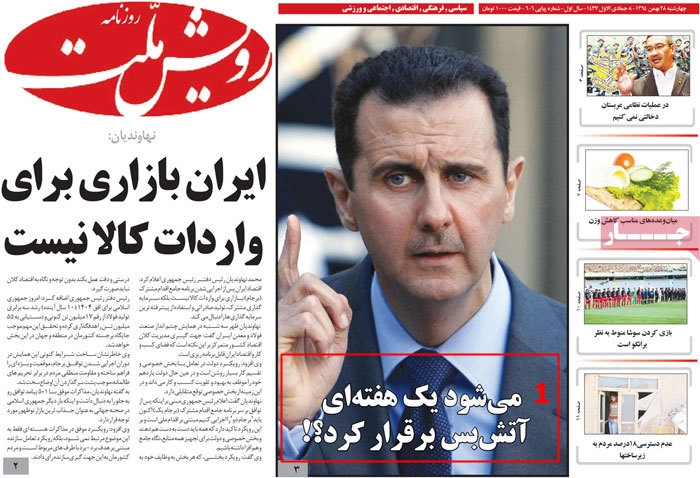 A report about the history of women police officers and their activities in different countries. 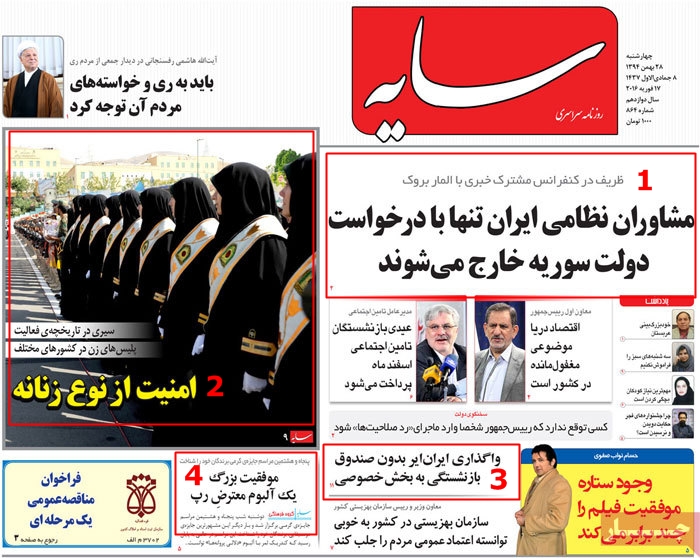 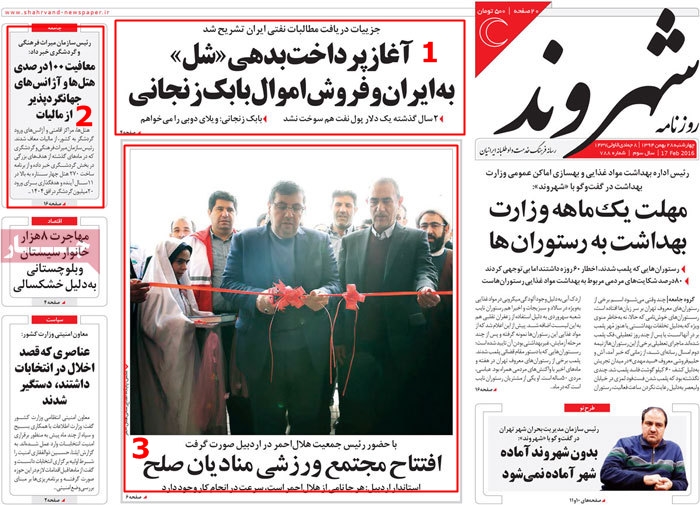 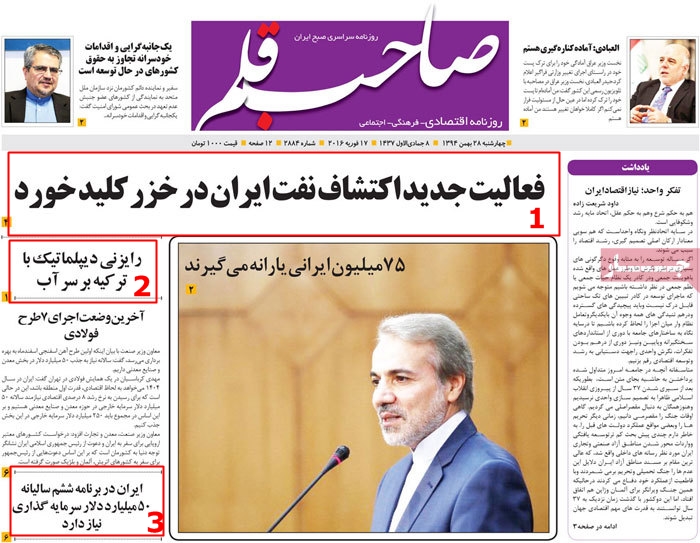 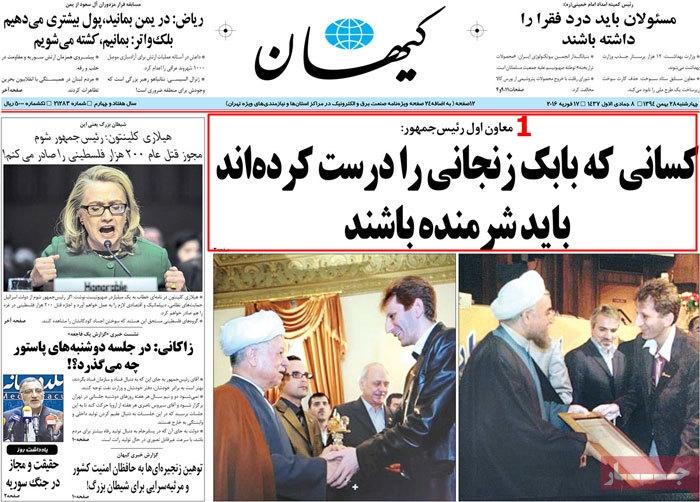