A look at Iranian newspaper front pages on Dec. 29

On Monday President Rouhani’s comments at a ceremony to praise the services of top farmers and his criticism of the state broadcaster for its failure to fully depict the efforts of his government dominated the front pages of several reformist-leaning dailies which also reported on the call by the secretary of the Supreme National Security Council on those who use trivial matters to take a swipe at the government to stop hurting national unity. Some newspapers led on the row between the government and MPs over withdrawal of money from the National Development Fund. And a shootout between armed robbers and police in Golpayegan, Isfahan province, which left five people, including three police officers dead, and the disappearance of an AirAsia plane in the Far East also made front-page headlines.

Abrar: “The recent comments of the government spokesman damage the reputation of parliament,” Ahmad Tavakoli, [a principlist MP] said. His comments came after Government Spokesman Mohammad Bagher Nobakht called on MPs to apologize for saying that the government has withdrawn $4.1 billion from the Foreign Exchange Reserve Fund. 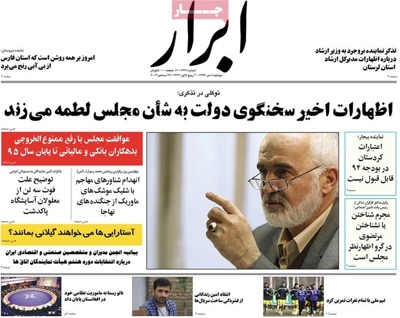 Afkar: “The revenues the country secured in the 00s could have been used to ensure the sustainable growth of the economy,” said First Vice President Eshagh Jahangiri. 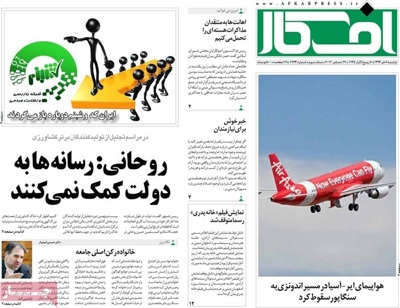 Aftab-e Yazd: “The bank accounts of Babak Zanjani [who stands accused of massive corruption] have turned out to be empty,” a member of a panel looking into his dealings said. 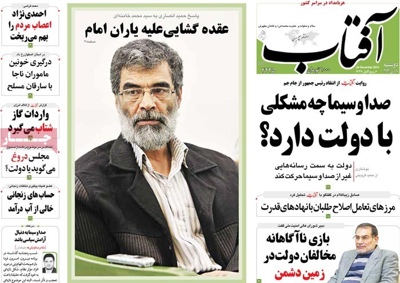 Arman-e Emrooz: An armed robbery that spanned several central provinces has left five people, including three police officers, killed and seven others wounded. An armed robber was killed too. Three others are on the run. 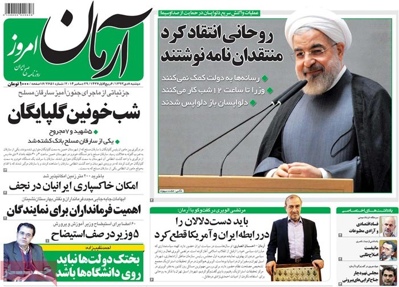 Ebtekar: An Islamic Revolution Guard Corps general has been martyred on a mission in Iraq to advise Iraqi forces how to fight IS. Brigadier General Hamid Taghavi died in the Iraqi holy city of Samarra.

Ebtekar: President Rouhani has criticized Islamic Republic of Iran Broadcasting for its failure to portray the efforts of his administration to serve the public. 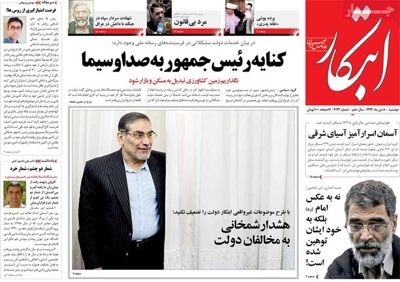 Eghtesad-e Pooya: “Western companies are vying to set up branches in Iran,” said the chief of staff of President Rouhani. 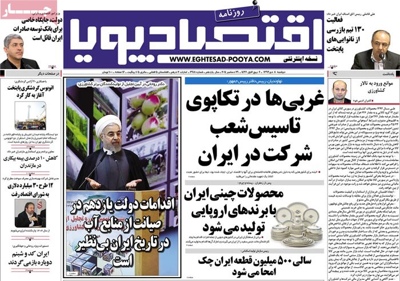 Emtiaz: The Iranian oil minister has said that the country’s daily natural gas production has increased by 70 million cubic meters. 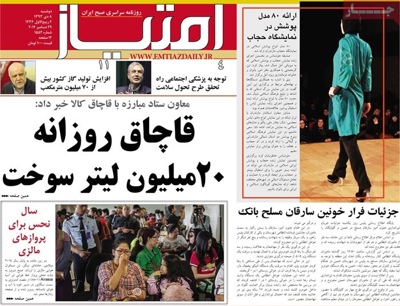 Ettela’at: “Trivial things should not be used to undermine the government,” said Ali Shamkhani, the secretary of the Supreme National Security Council.

Ettela’at: An AirAsia plane with 162 people on board has gone missing. 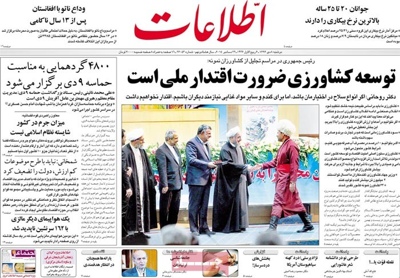 Hamshahri: If the current energy consumption pattern persists, experts say Iran will become an importer of energy in a decade. 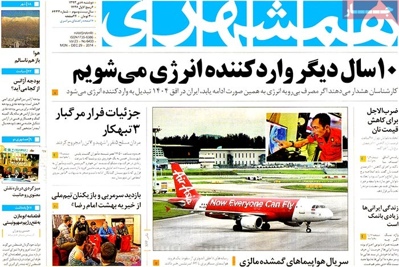 Hemayat: After a warning, American and European warships left the area where the Iranian army held a large-scale military exercise. 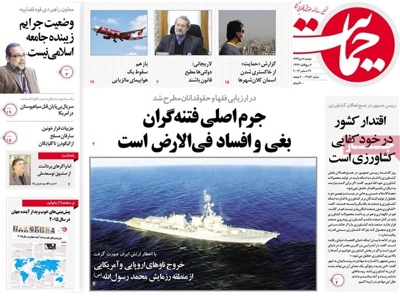 Jahan-e Sanat: The Central Bank of Iran has reported that the gap between rich and poor is growing. 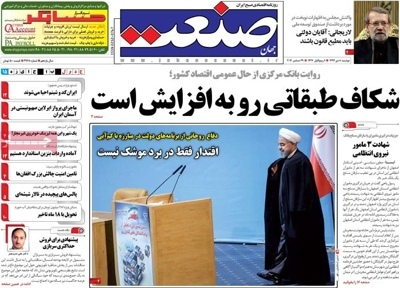 Jamejam: The captain of the Iranian national volleyball team has joined a Russian club. 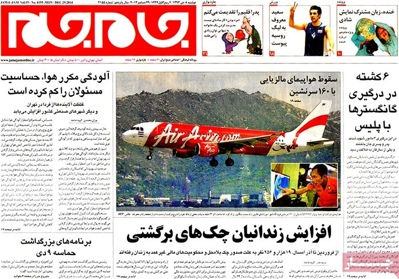 Jomhouri Islami: At a ceremony to award top farmers, President Rouhani said that the country’s real power hinges on self-sufficiency in the agriculture sector. 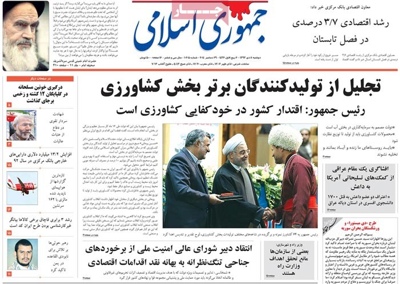 Kayhan: People in 20 countries around the world held rallies calling for an end to the [Israeli] blockade of Gaza. 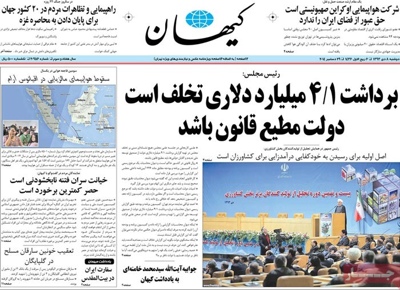 Mardomsalari: “The perpetrators of all recent acid attacks, except those which took place in Isfahan, have been arrested,” announced a Tehran prosecutor who said maximum penalty will be sought for the assailants.

Mardomsalari: The Paternal House, a film by Kianoush Ayari, has been pulled due to outside pressure on the Ministry of Culture and Islamic Guidance. 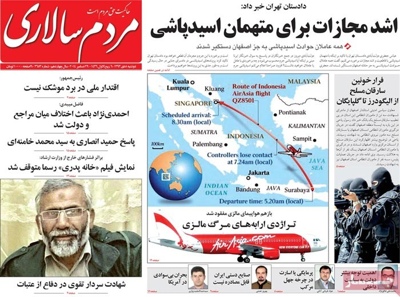 Resalat: “Government should abide by the laws,” said Parliament Speaker Ali Larijani. [His comments came after a row broke out between some MPs and the government over the latter’s alleged withdrawal of money from the National Development Fund.