IFP has taken a look at the front pages of Iranian newspapers on Saturday, August 27, 2020, and picked headlines from 12 of them. IFP has simply translated the headlines and does not vouch for their accuracy.

2- UNSC Once Again Rejects US Letter for Reinstating Iran Bans

3- Zarif: We Seek to Have Normal Ties with IAEA 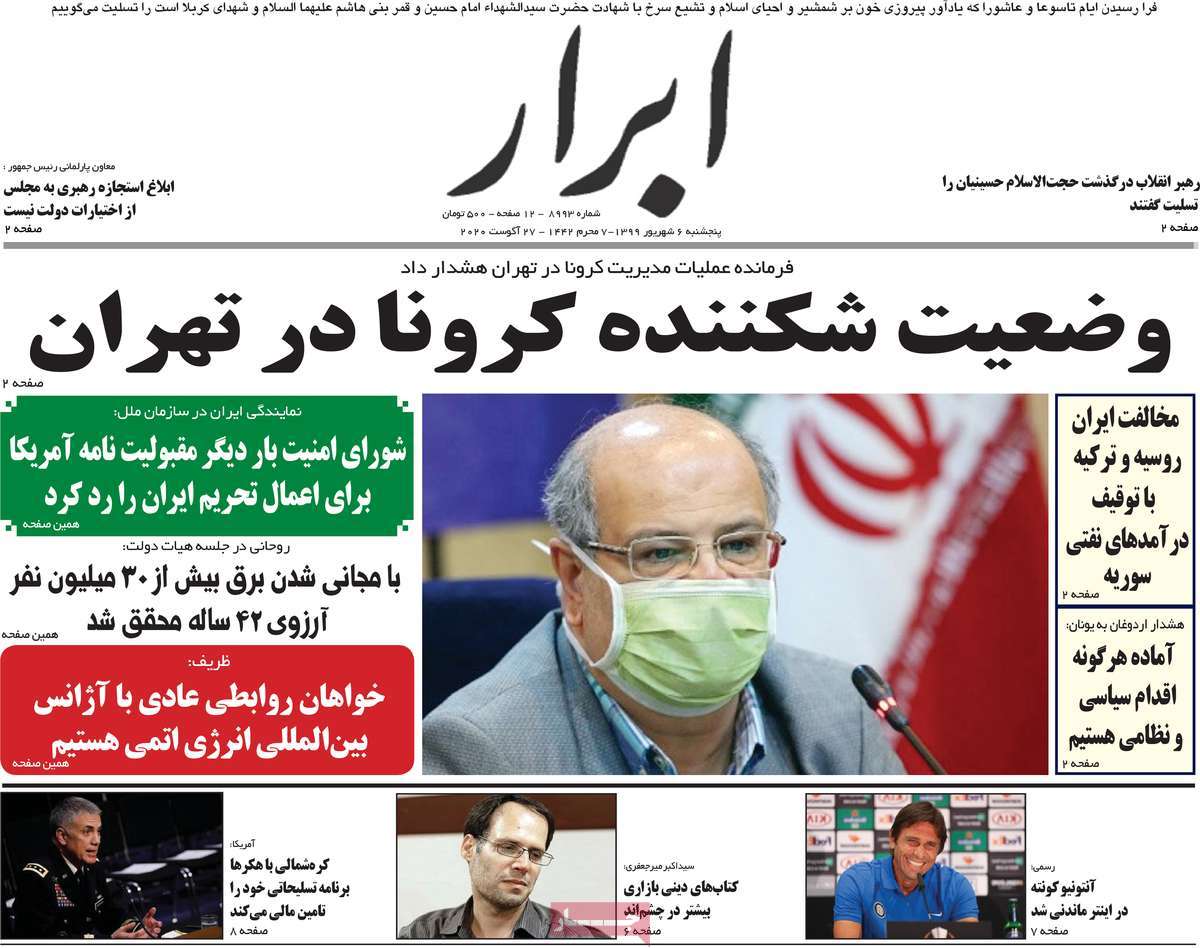 2- Era of US Unilateralism Over: MP 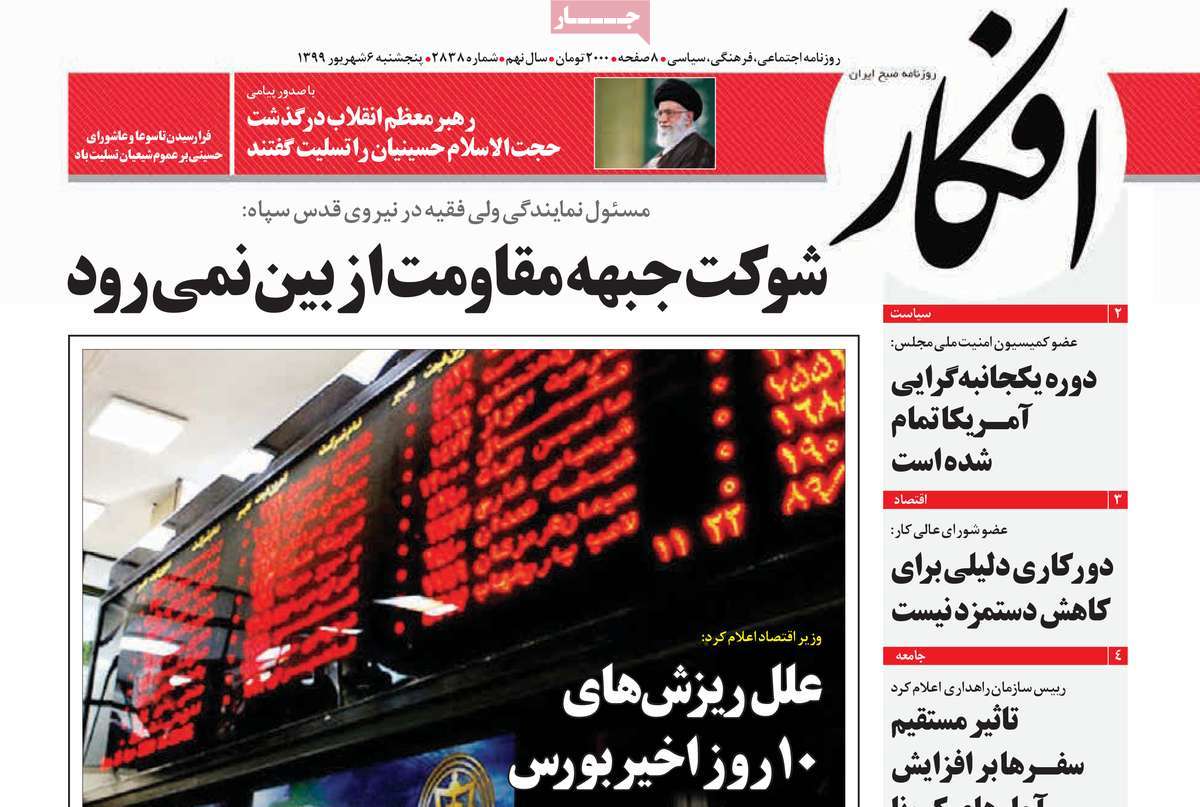 1- Electricity to Become Free of Charge for 30 Million Iranians: Rouhani 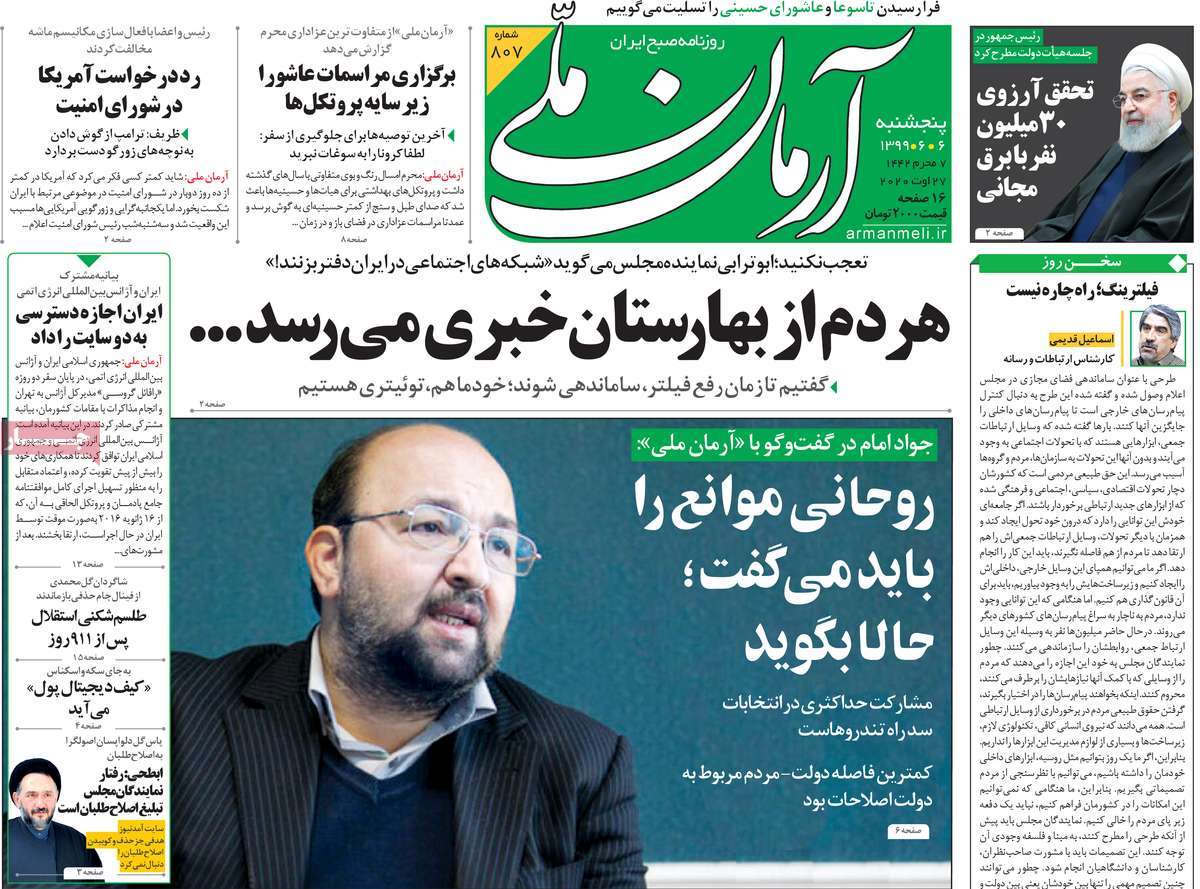 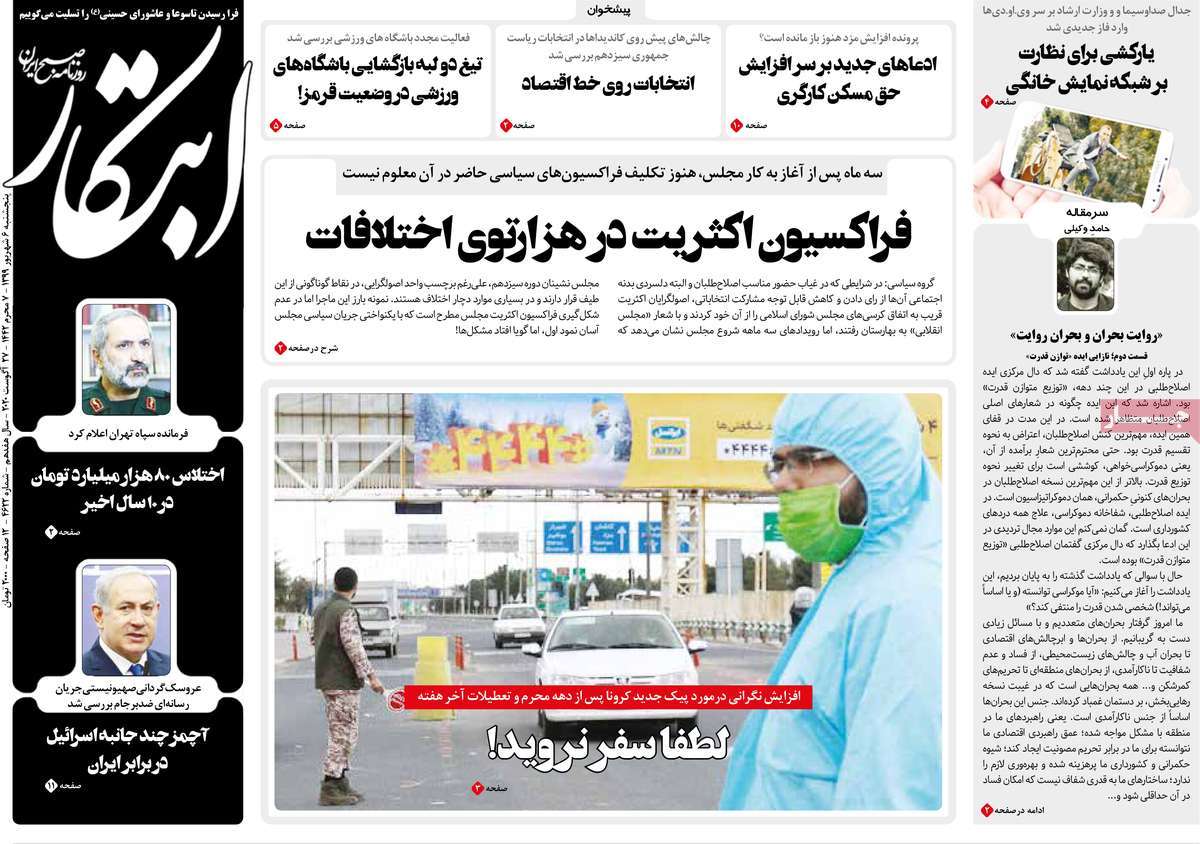 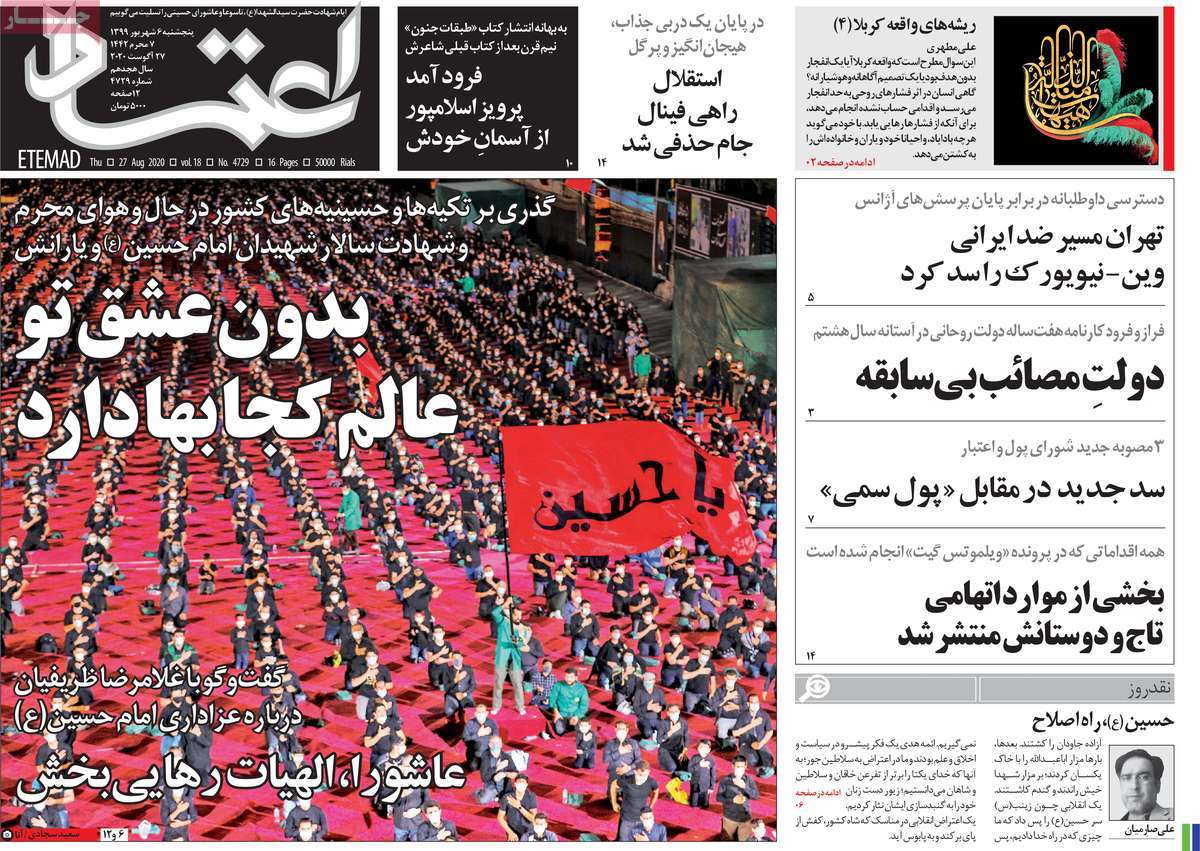 1- US’ Back-to-Back Defeats against Iran: UNSC Rejects US’ Bid

3- Rouhani: Iran Ready for Close Cooperation with IAEA within Safeguards * Rouhani to IAEA Chief: Explain to World Why JCPOA Must Be Maintained 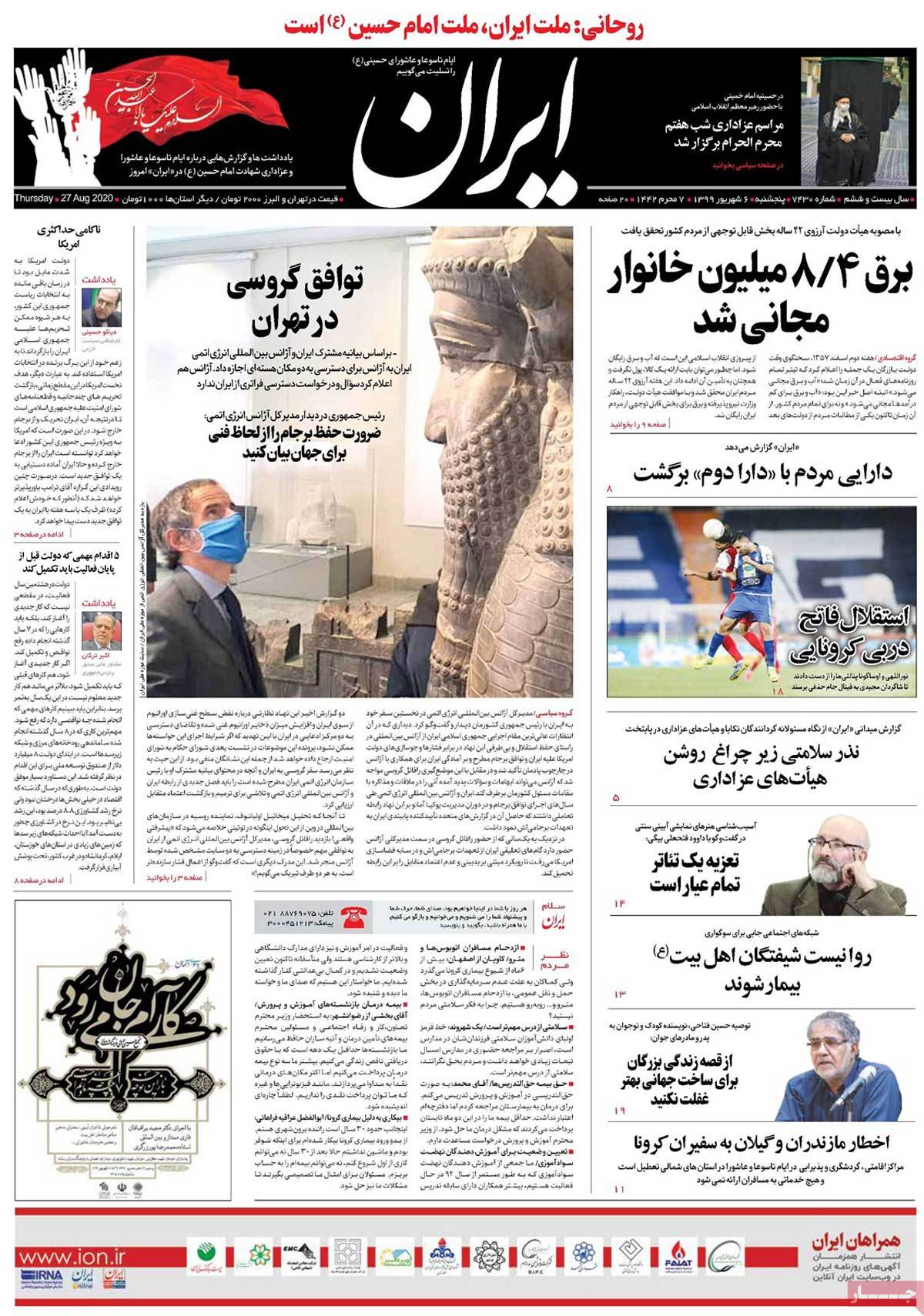 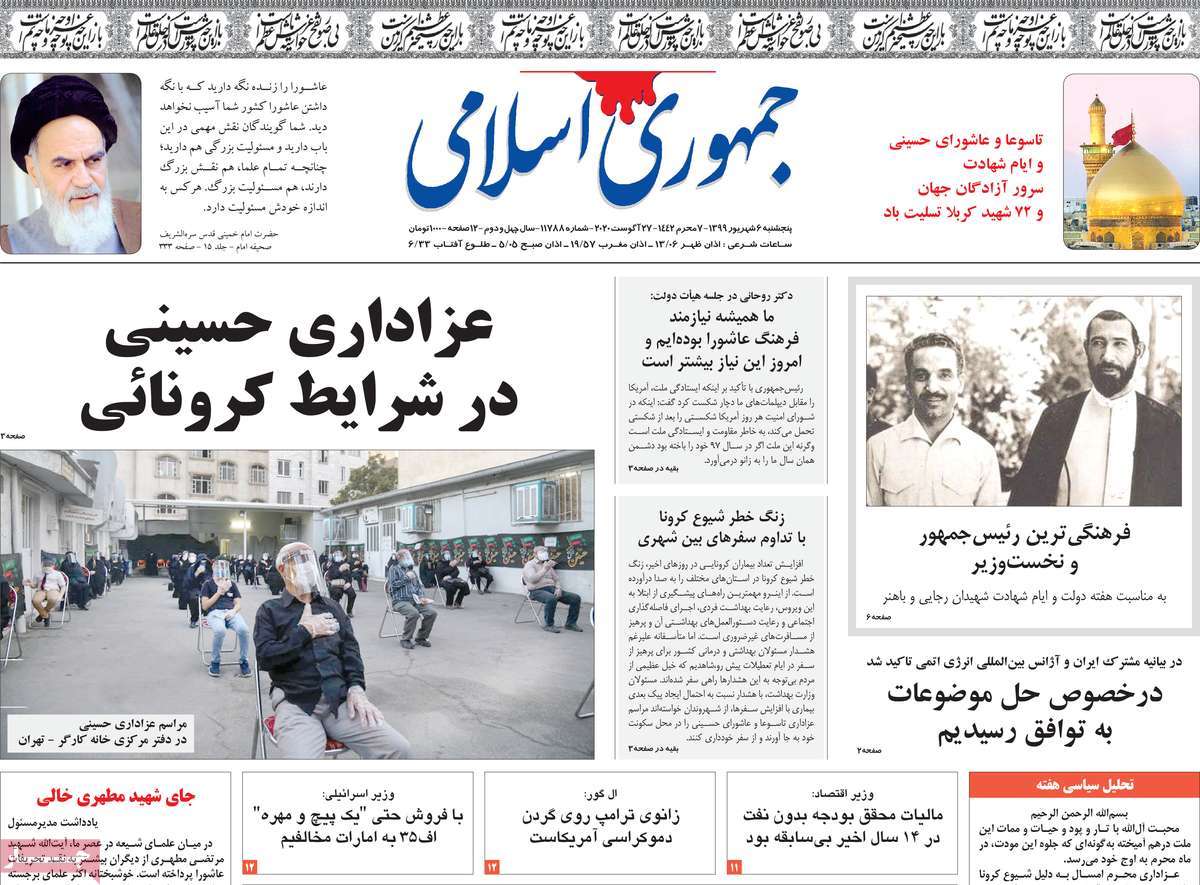 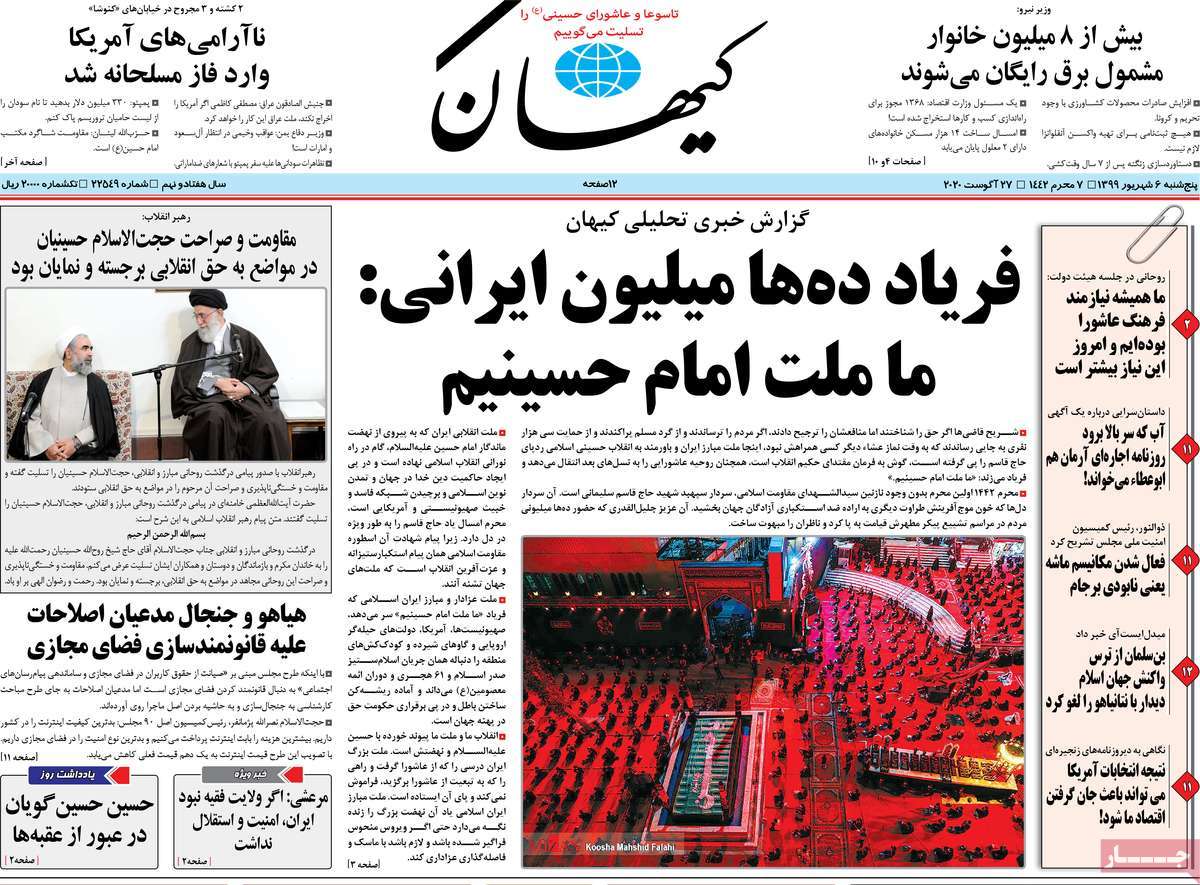 1- Rouhani: Iran Ready for Cooperation with IAEA within Safeguards Framework 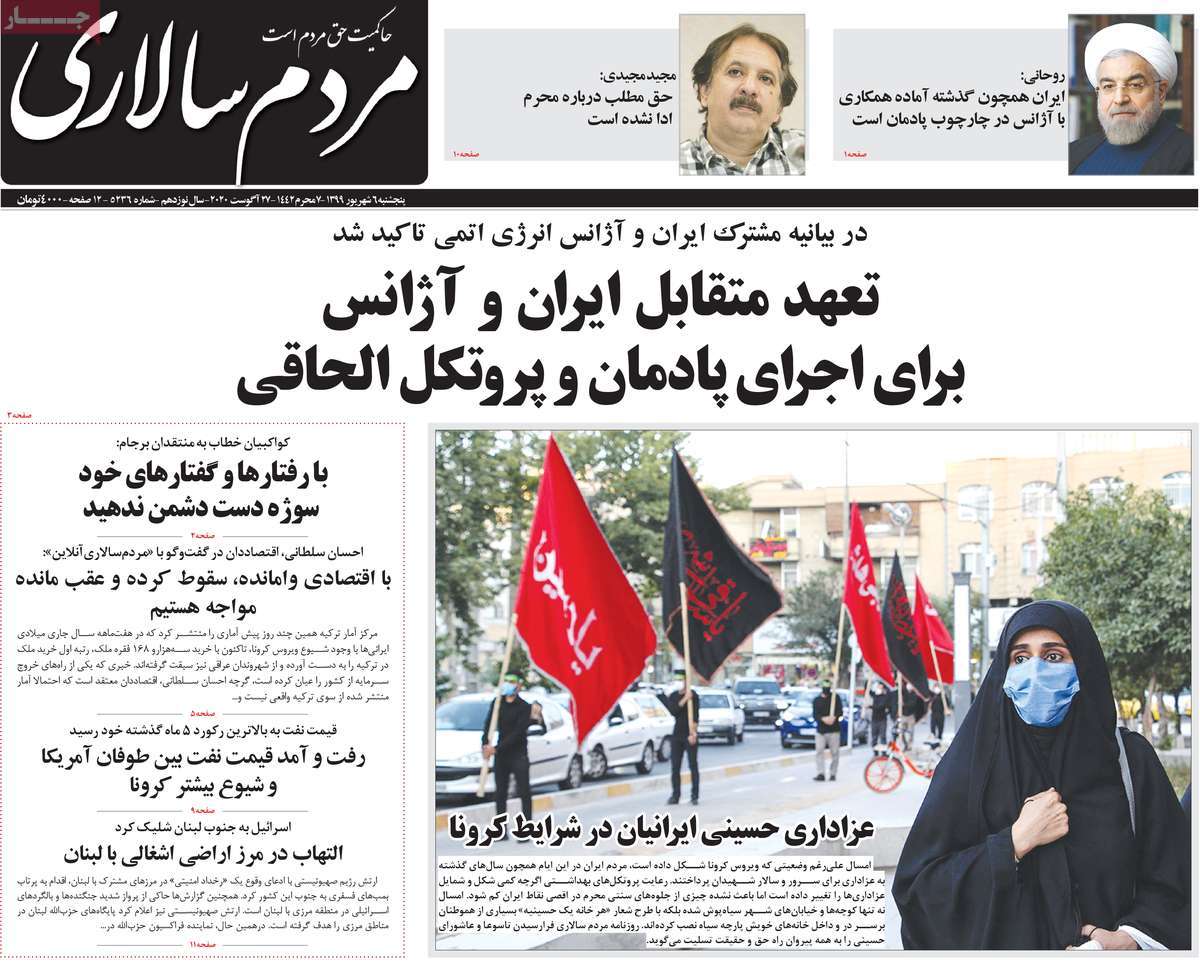 3- 42-Year Dream of Iranians Realized: 30 Million to Have Access to Free-of-Charge Electricity 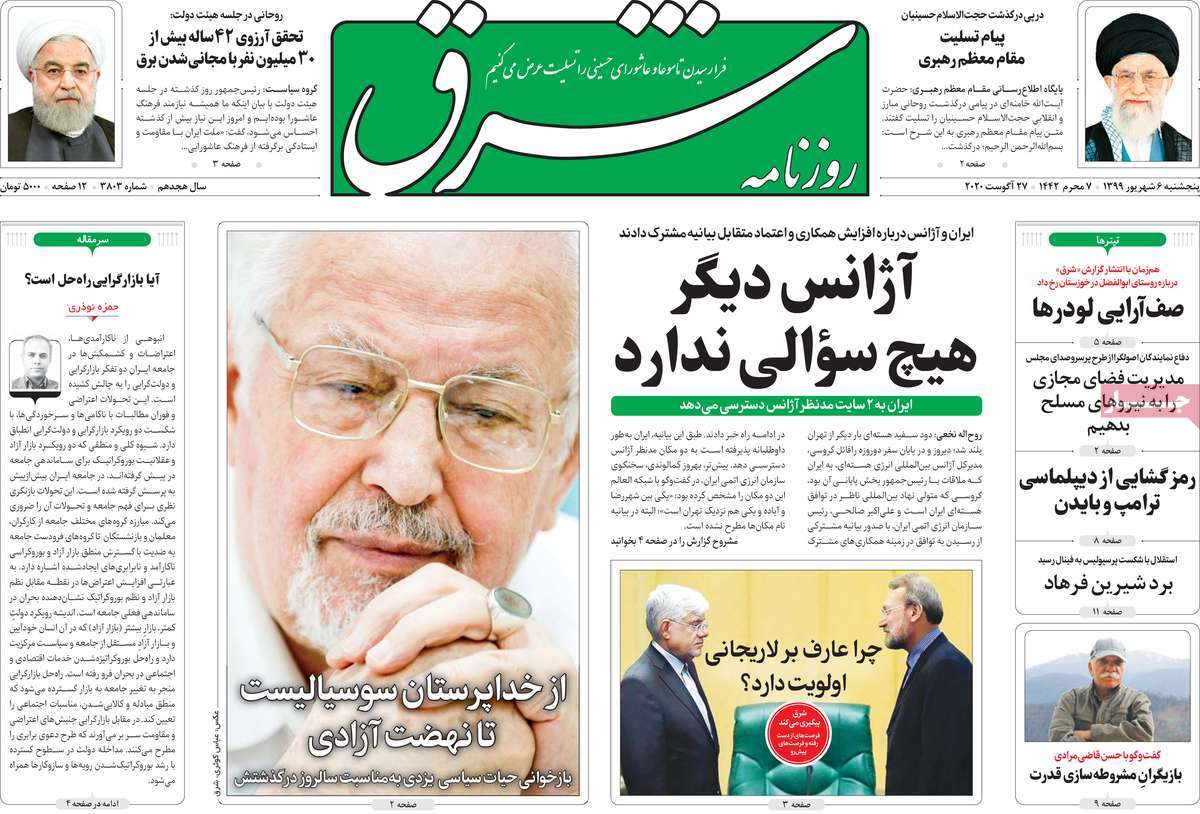