IFP has taken a look at the front pages of Iranian newspapers on Wednesday, August 26, 2020, and picked headlines from 11 of them. IFP has simply translated the headlines and does not vouch for their accuracy. 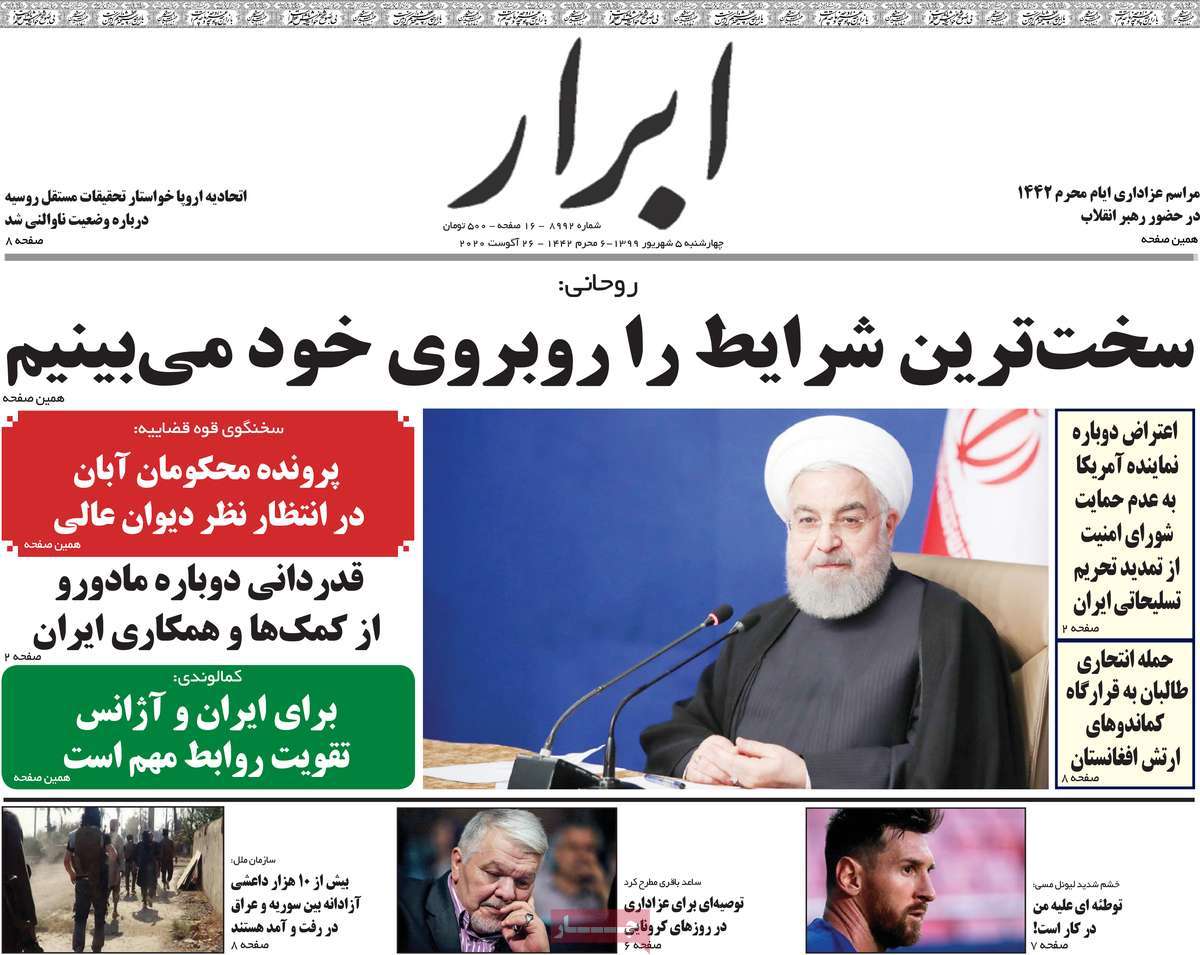 1- Iran Acting within Framework of Commitments

3- There’s No Way Left for US Except for Defeat: Iran Foreign Ministry 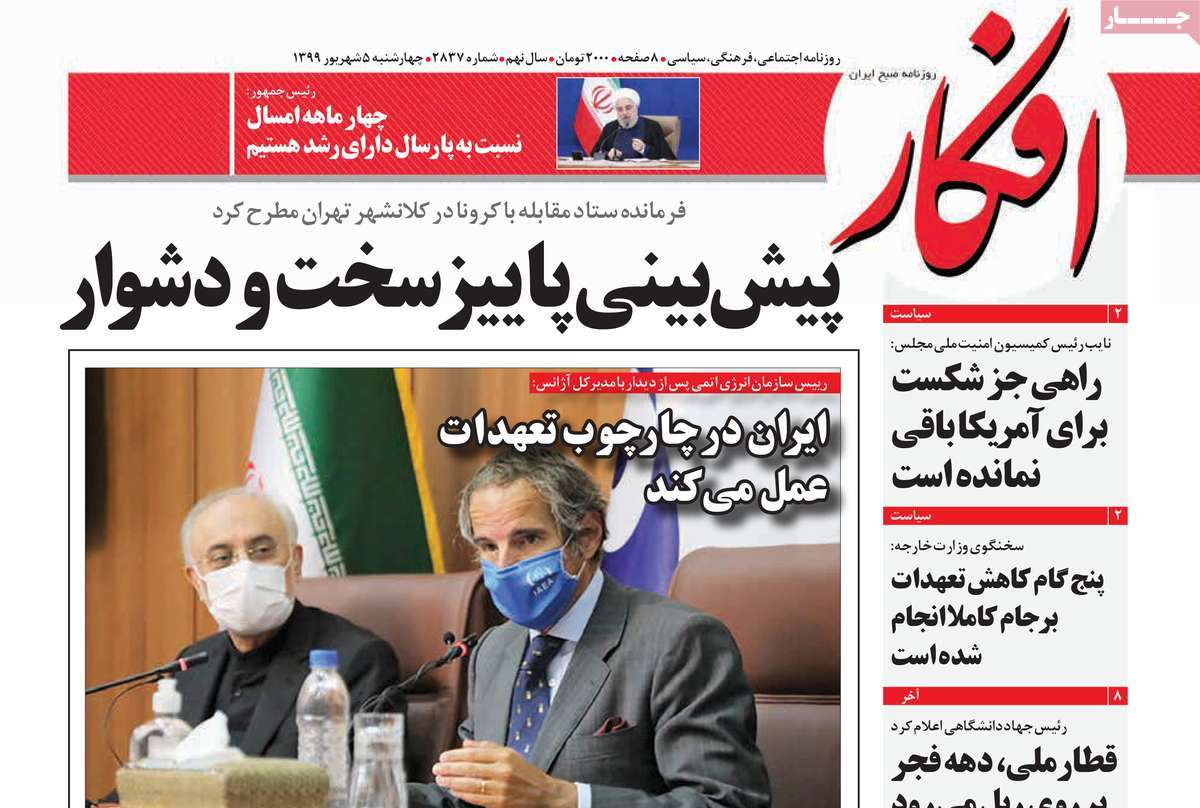 2- Rouhani: I’ll Use Chance of Talking to People More in Future 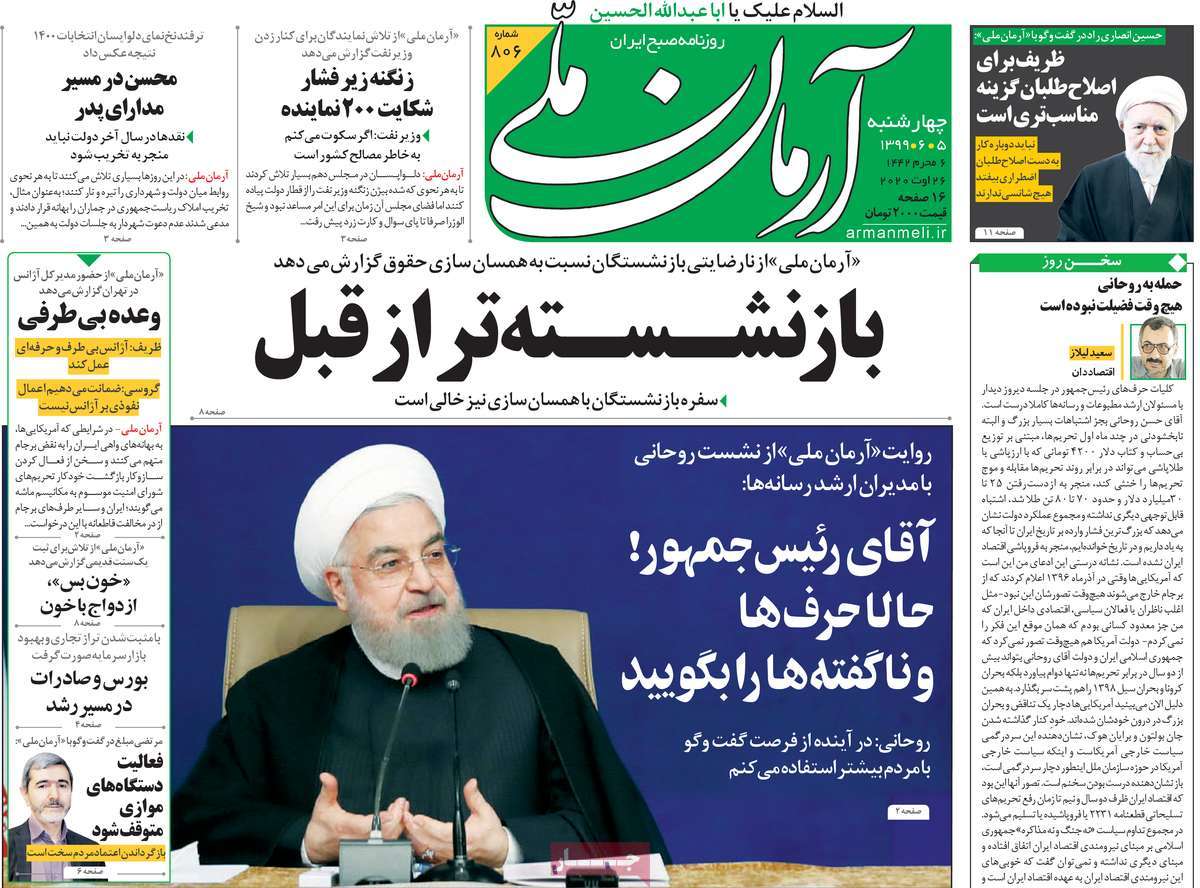 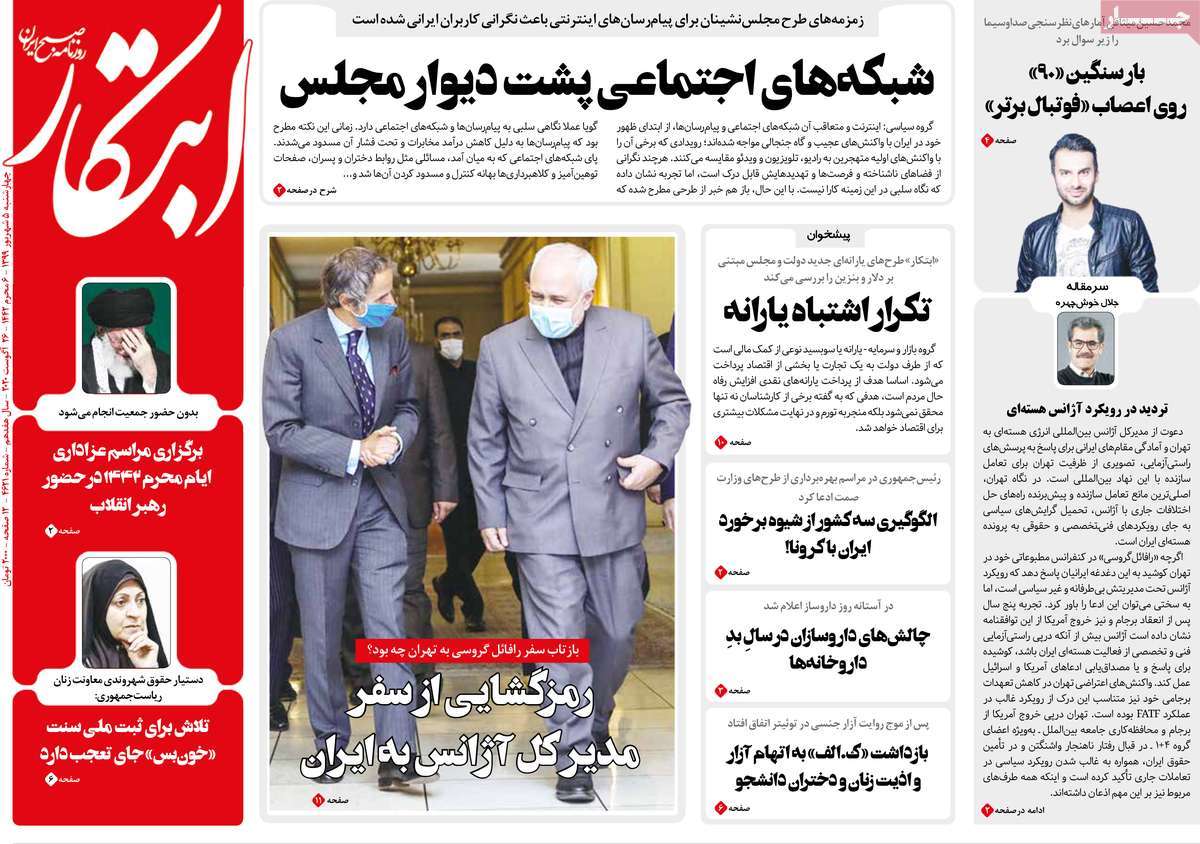 2- Rouhani: We’ve Run, and Will Run Country Despite Pressures, Limitations 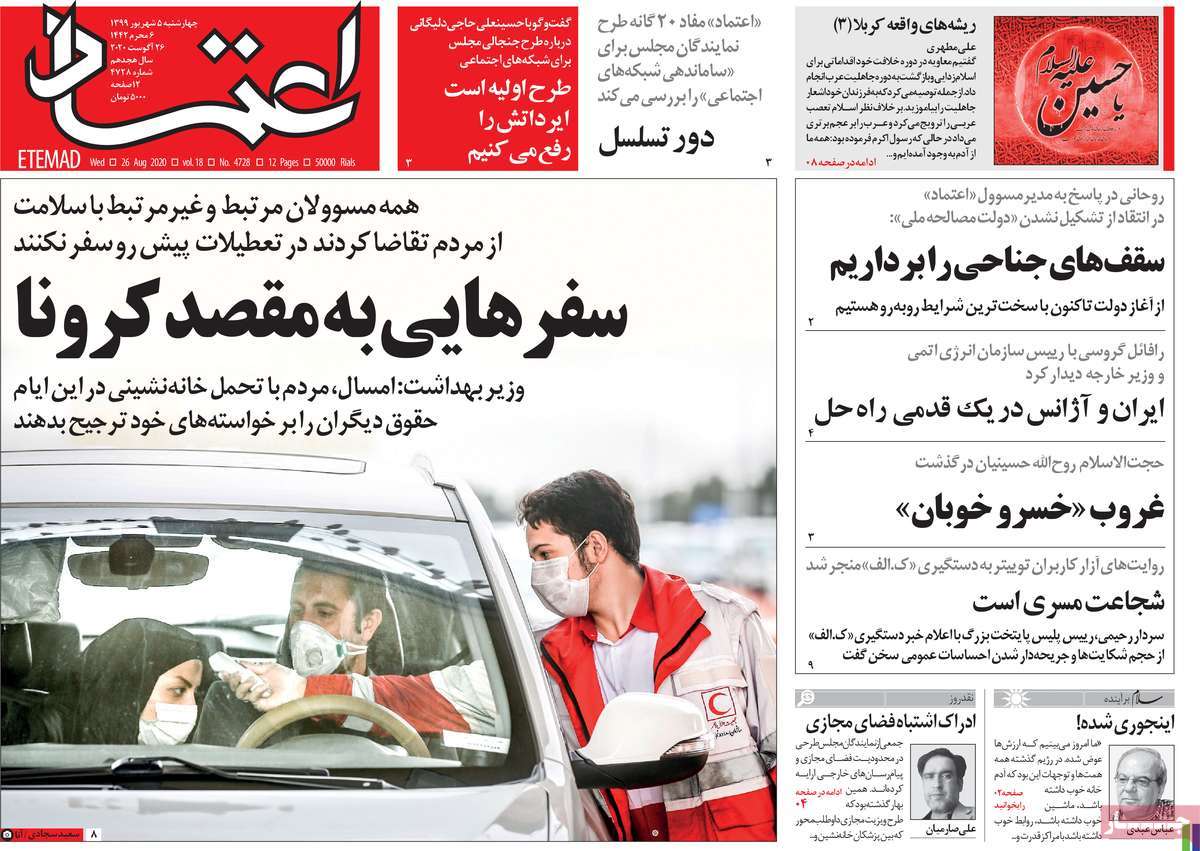 2- Rouhani: Next US Administration Will Definitely Think of New Solution 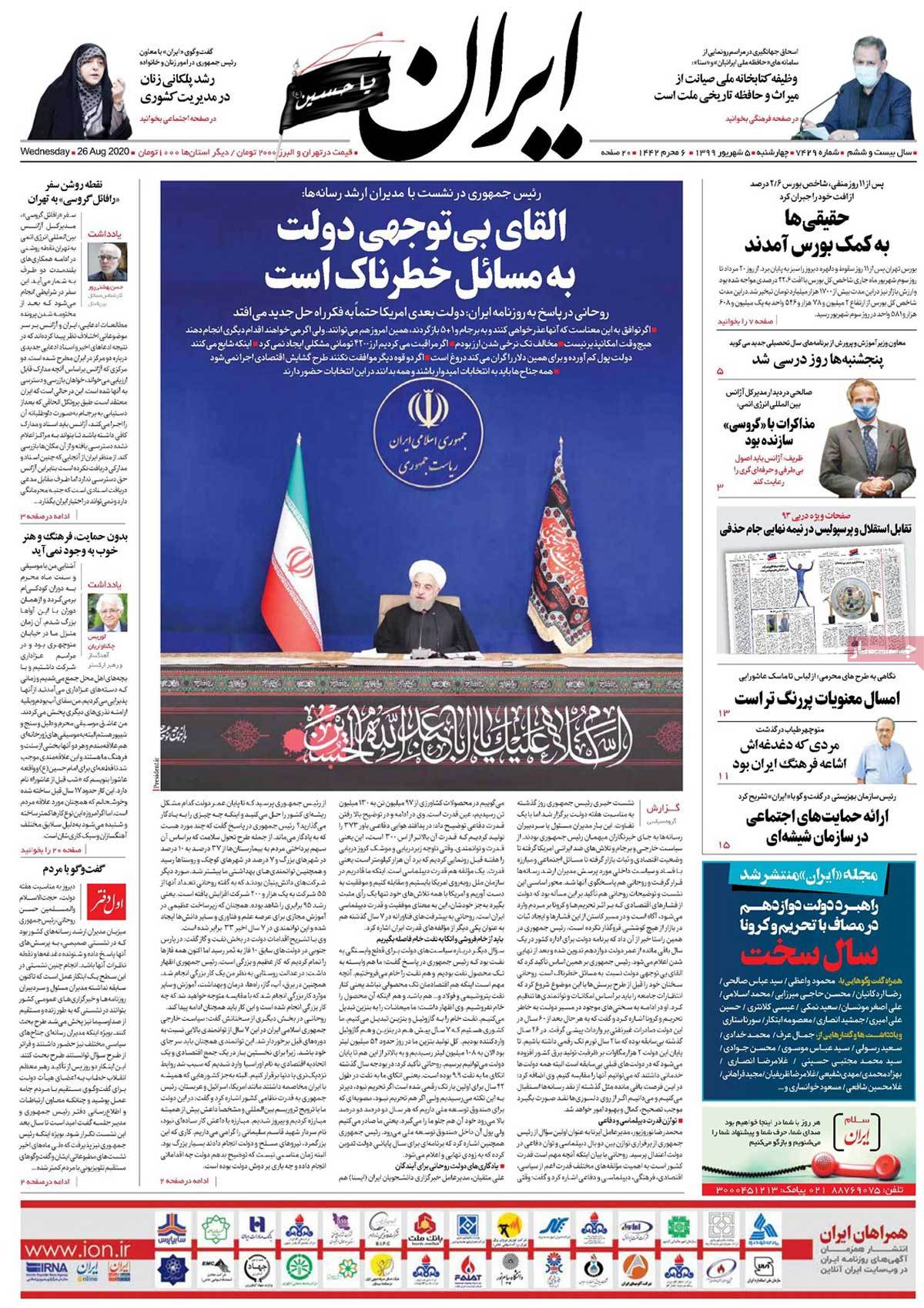 2- Islamic Republic Won’t Give in to Demands Beyond Its Nuclear Commitments: Salehi 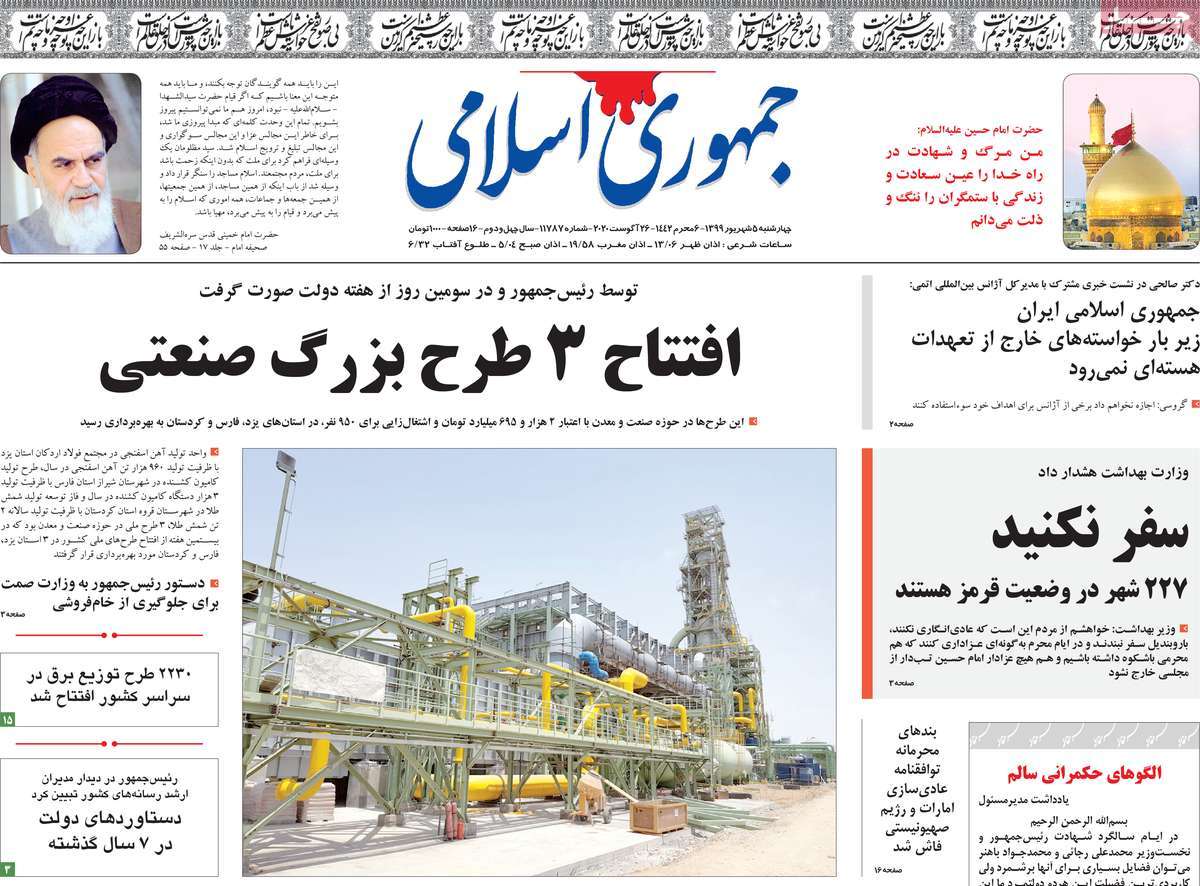 1- Zionist Regime: We Don’t Want UAE to Receive Even Smallest Part of F-35

2- US Protesters Set Wisconsin on Fire 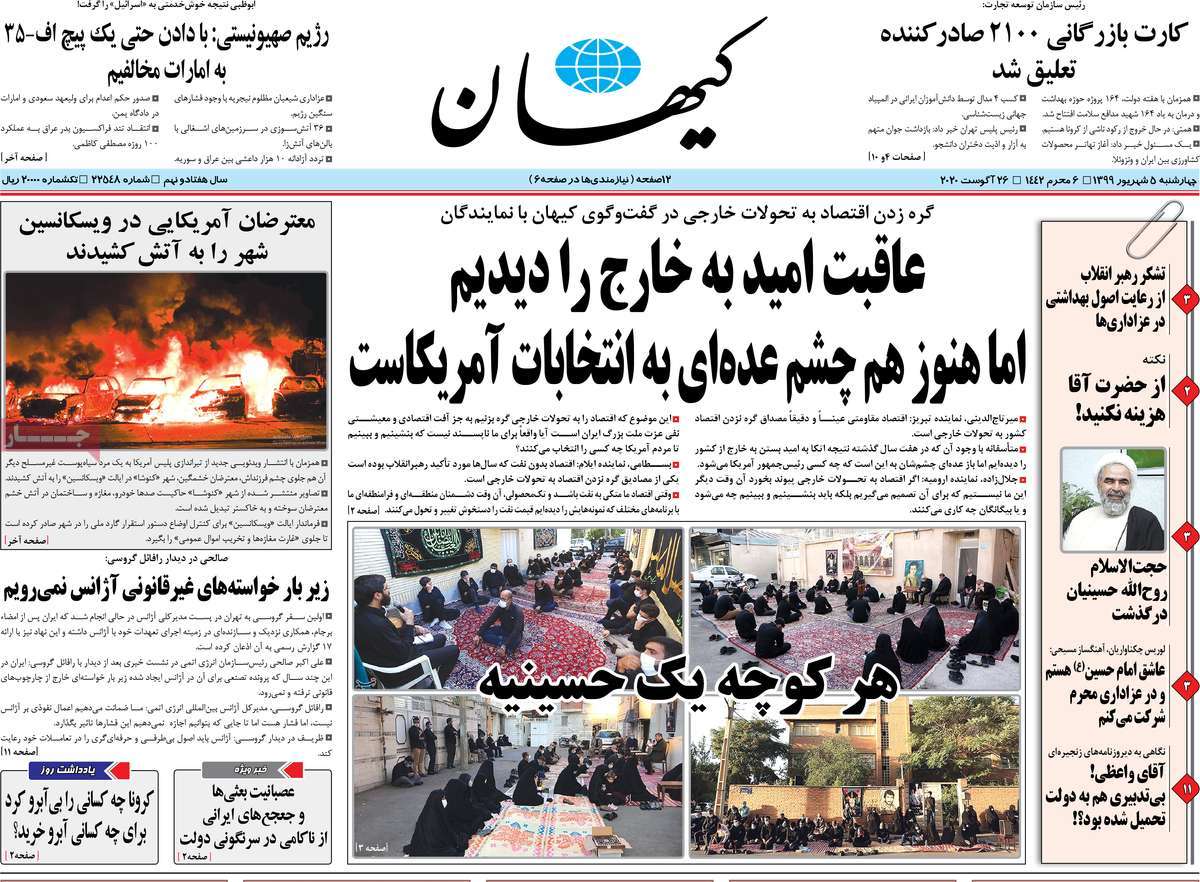 1- Less than 10% of Exporters’ Forex Revenues Returned to Iran: Official

2- Gov’t Spokesman: We’re Not Waiting for US Elections 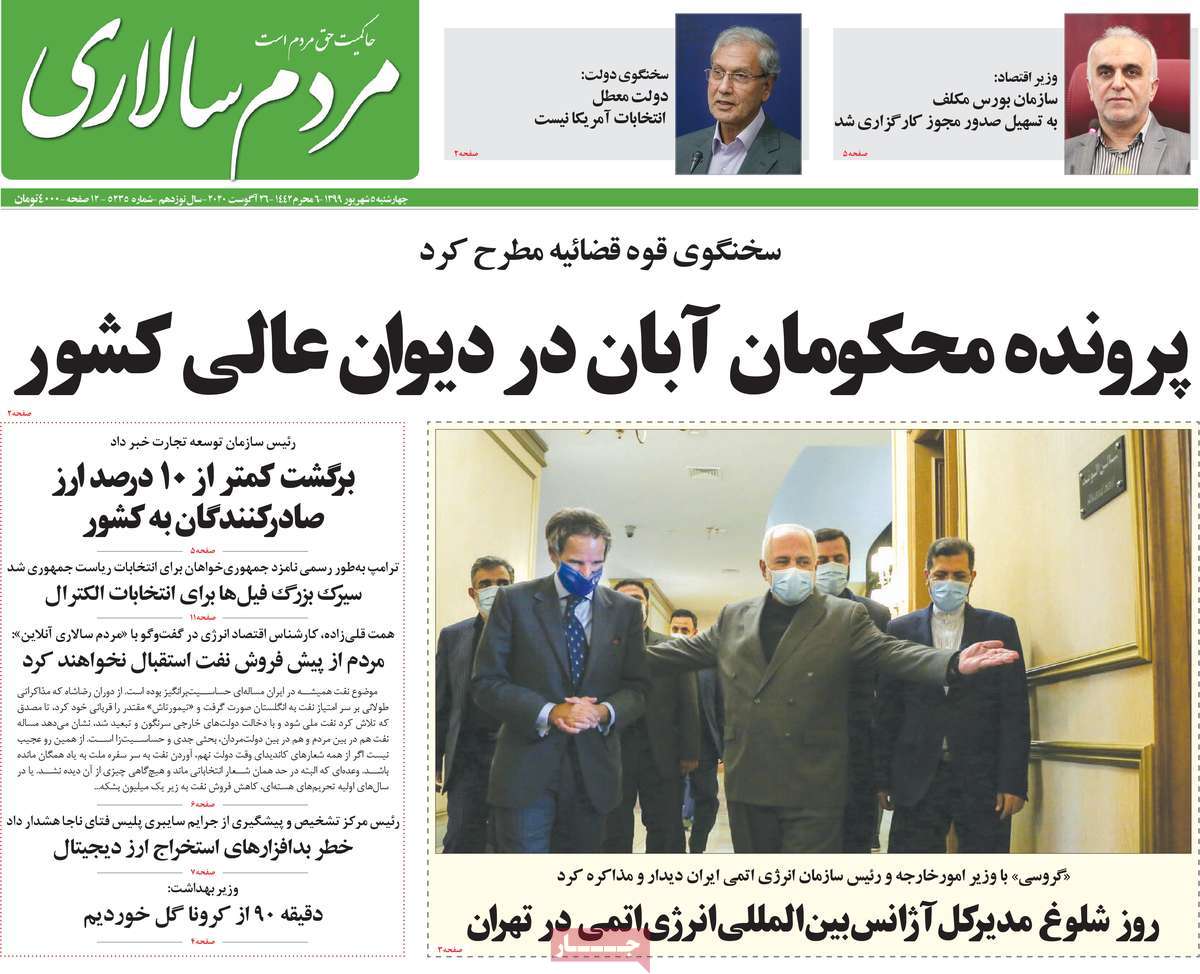 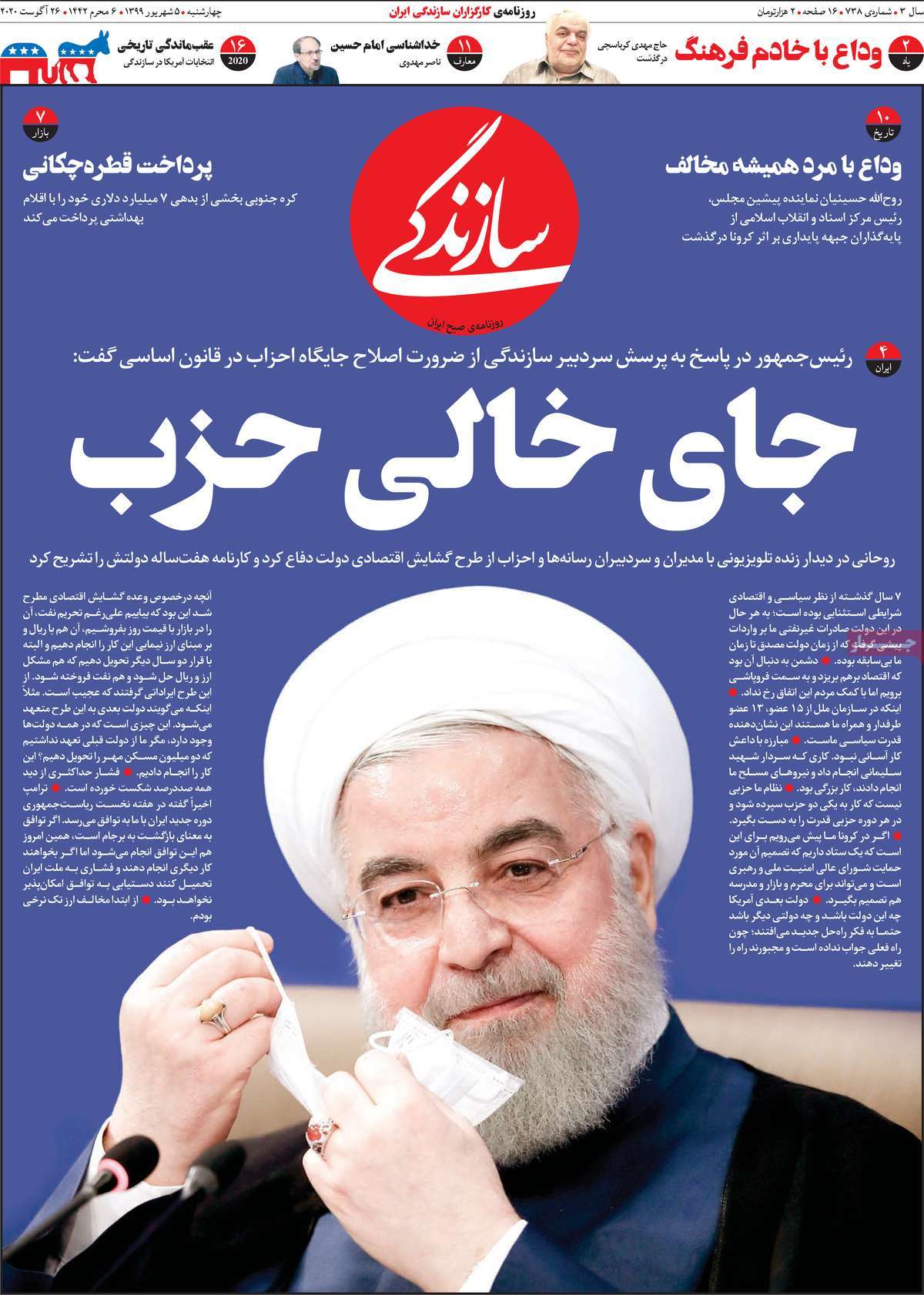 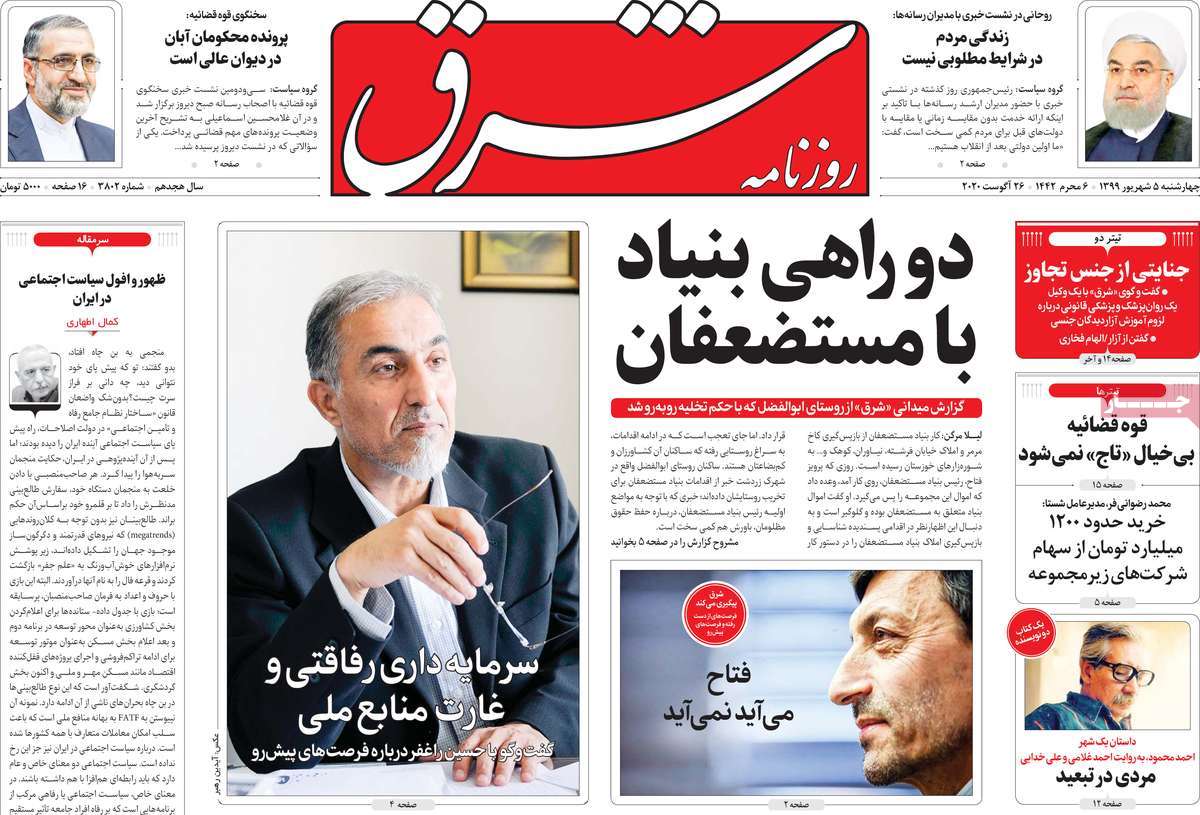