IFP has taken a look at the front pages of Iranian newspapers on Saturday, August 22, 2020, and picked headlines from 12 of them. IFP has simply translated the headlines and does not vouch for their accuracy. 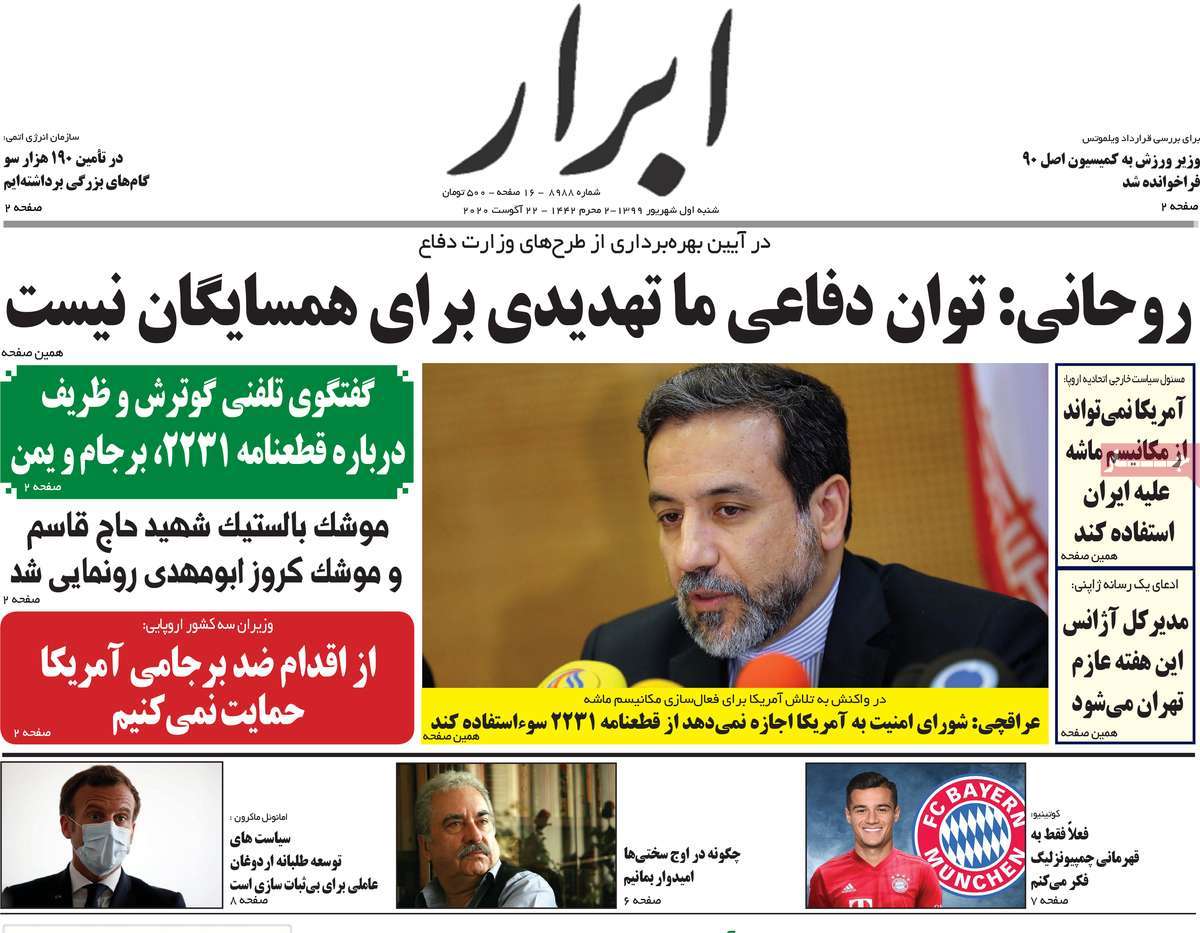 3- Iran, Russia Stress Expansion of Cooperation Despite US Destructive Measures 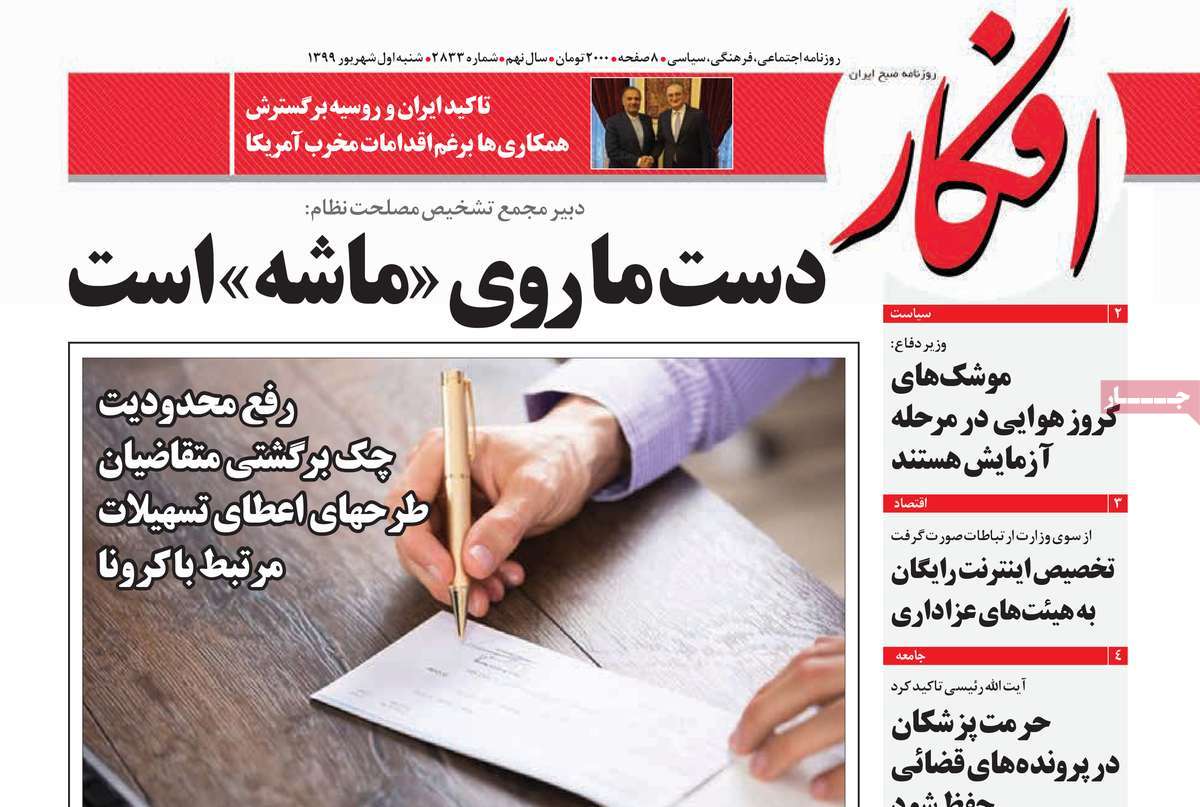 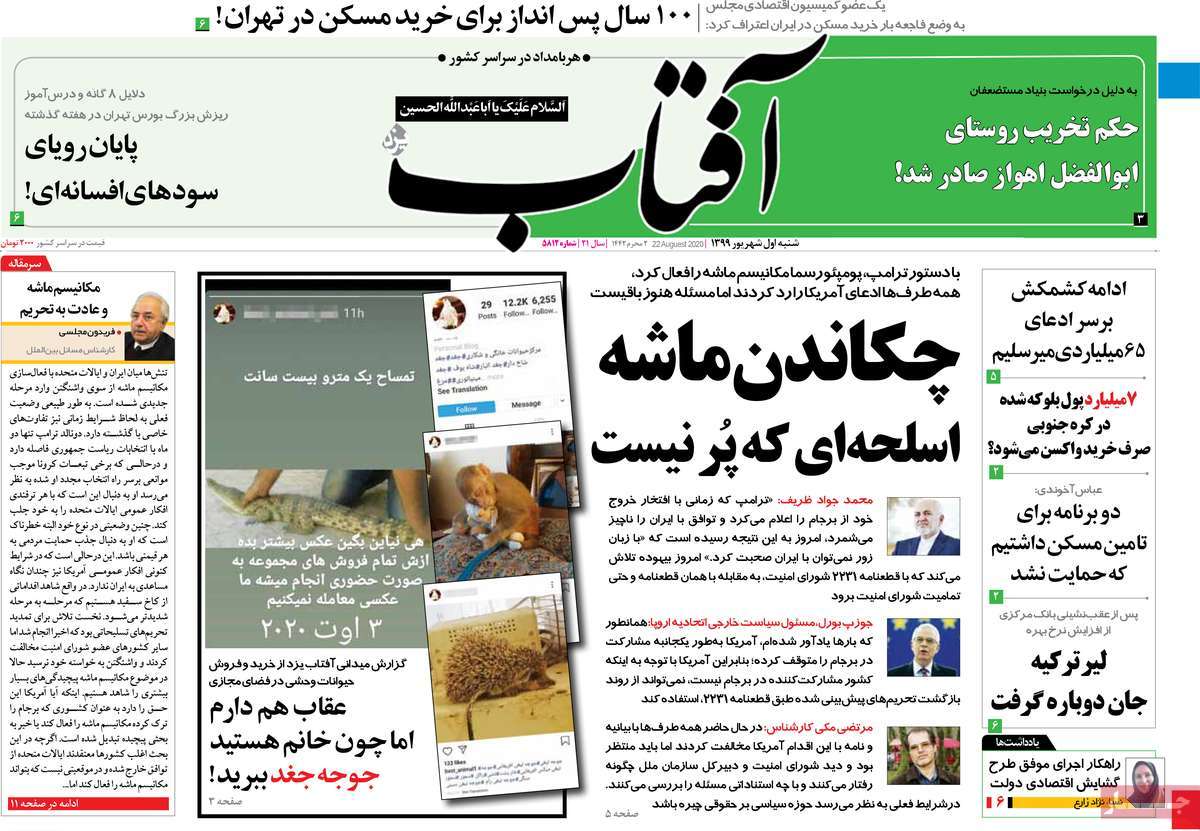 3- What Does Removal of Yusuf bin Alawi Mean? 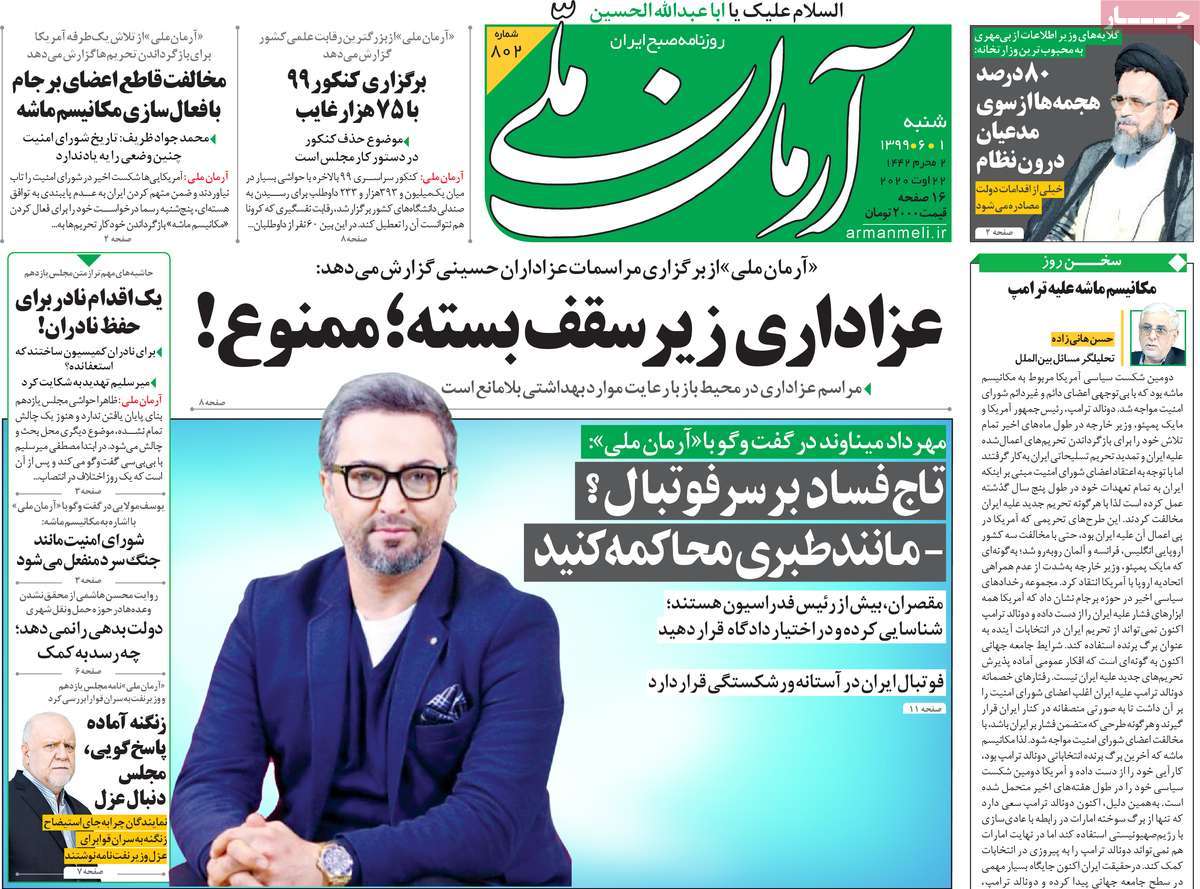 2- US Gambling with Afghanistan’s Opium 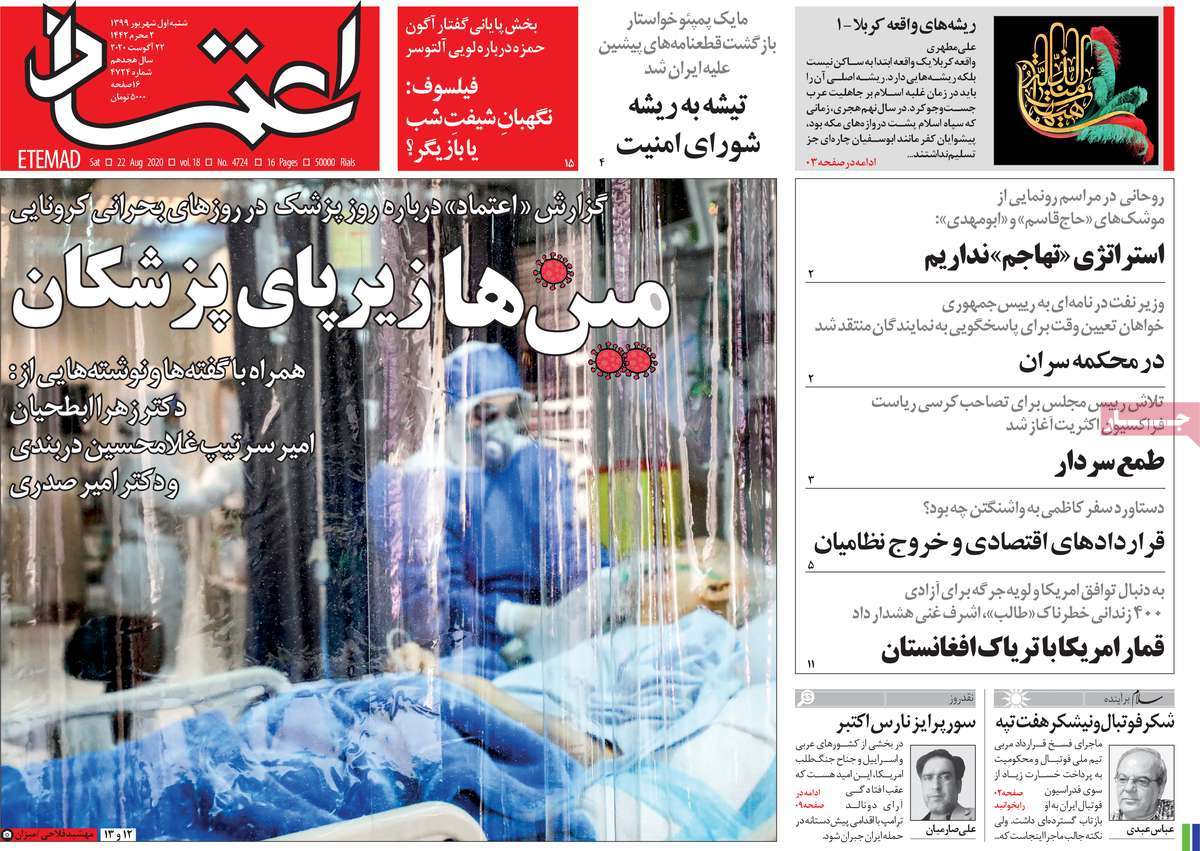 3- P4+1: US Has No Right to Activate Snapback Mechanism against Iran 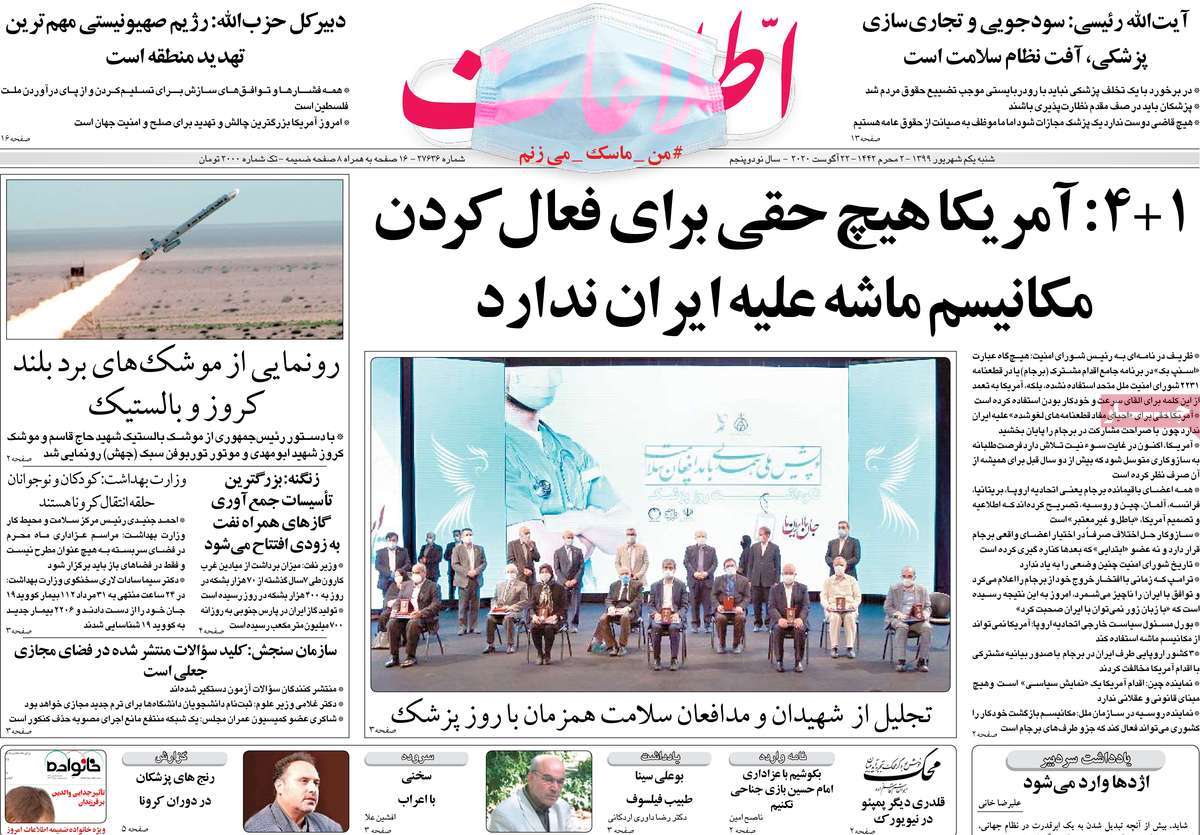 1- Trigger Now Pointed at US; Borrell Says Will Do Anything to Keep JCPOA 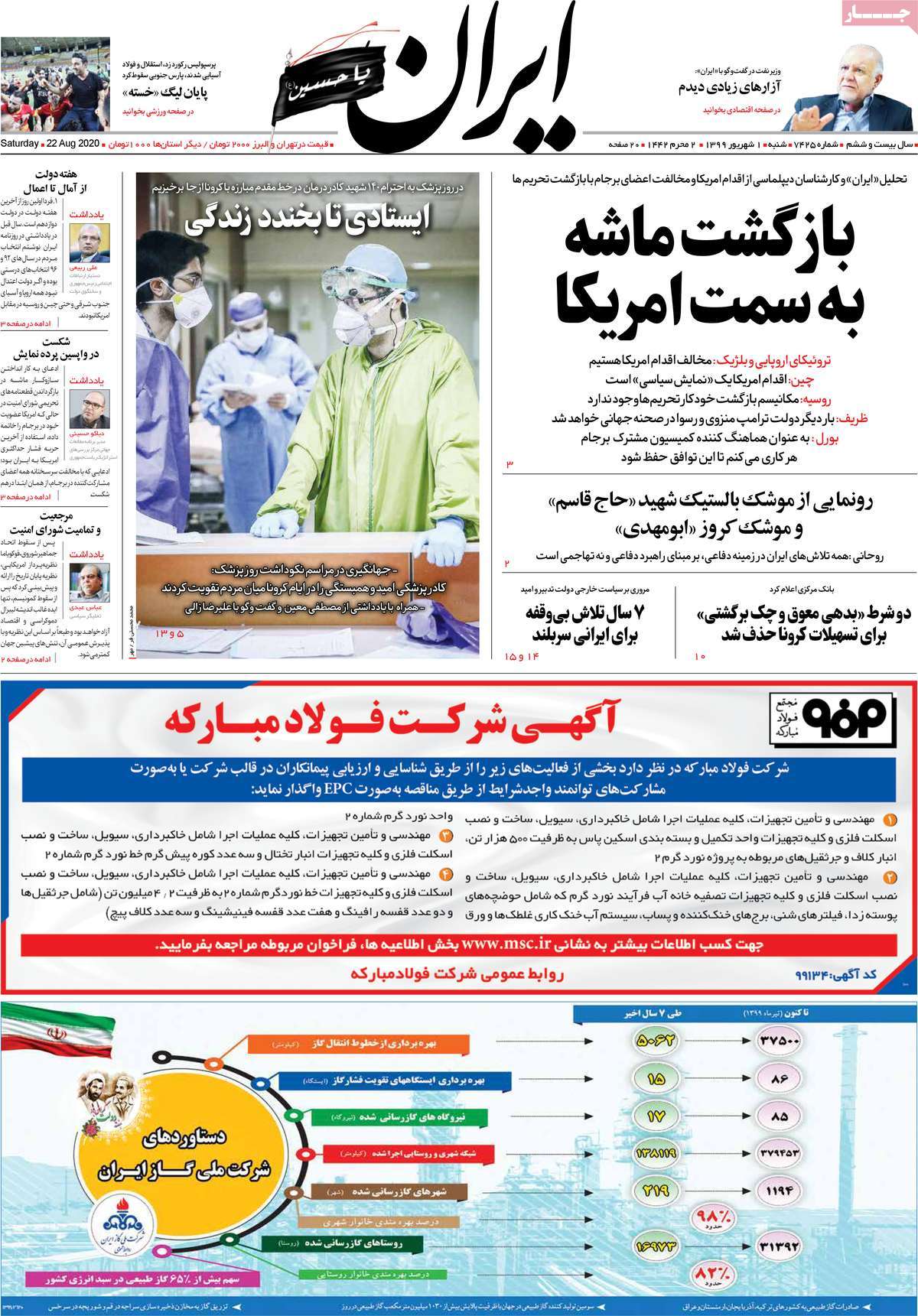 1- US Pulls Trigger for Withdrawal of Iran from JCPOA

2- Zarif: US Has No Right to Return Provisions of Annulled Resolutions 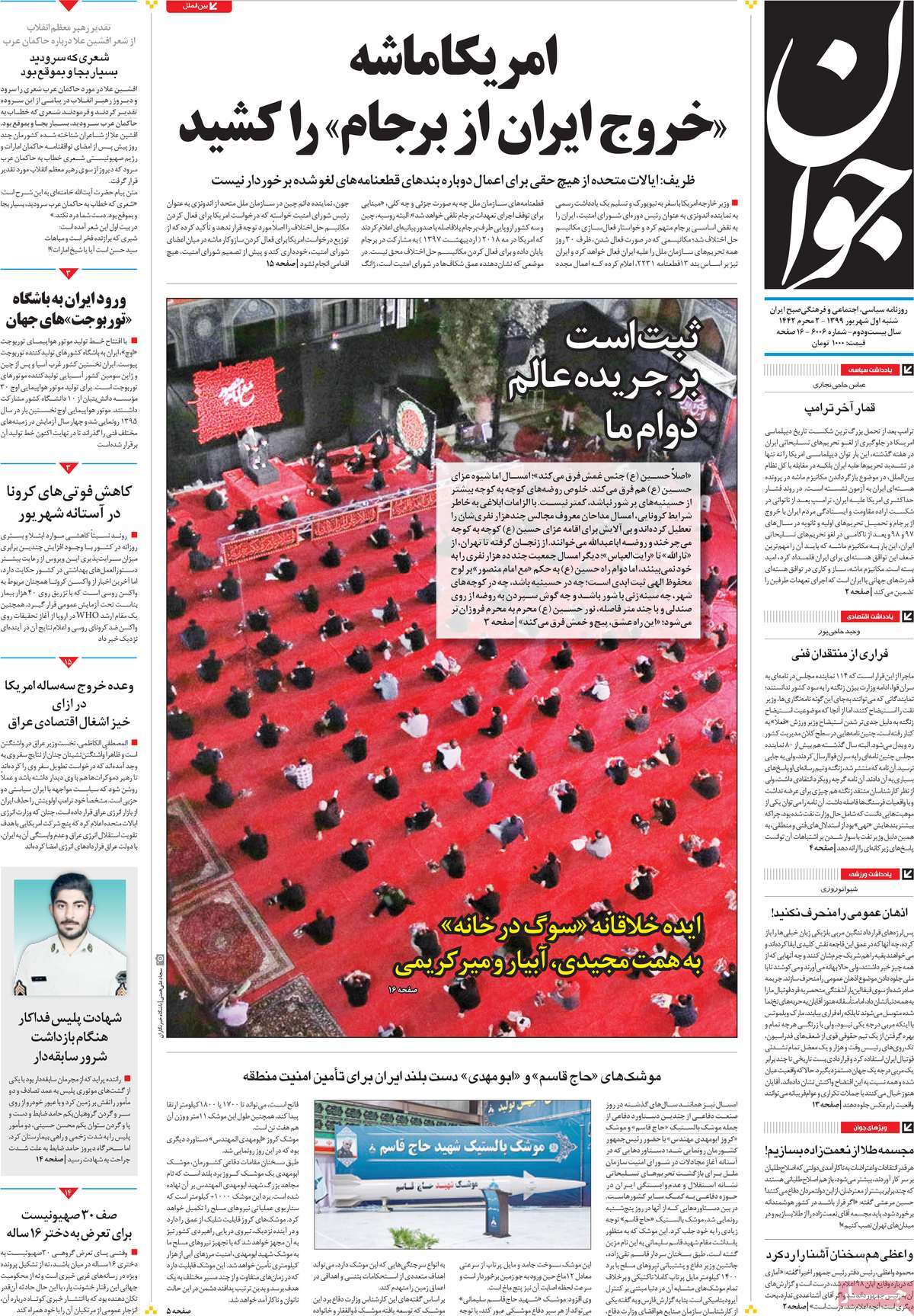 2- Global Opposition to US’ Moves against JCPOA

* Pompeo Outraged by European Allies’ Refusal to Support US 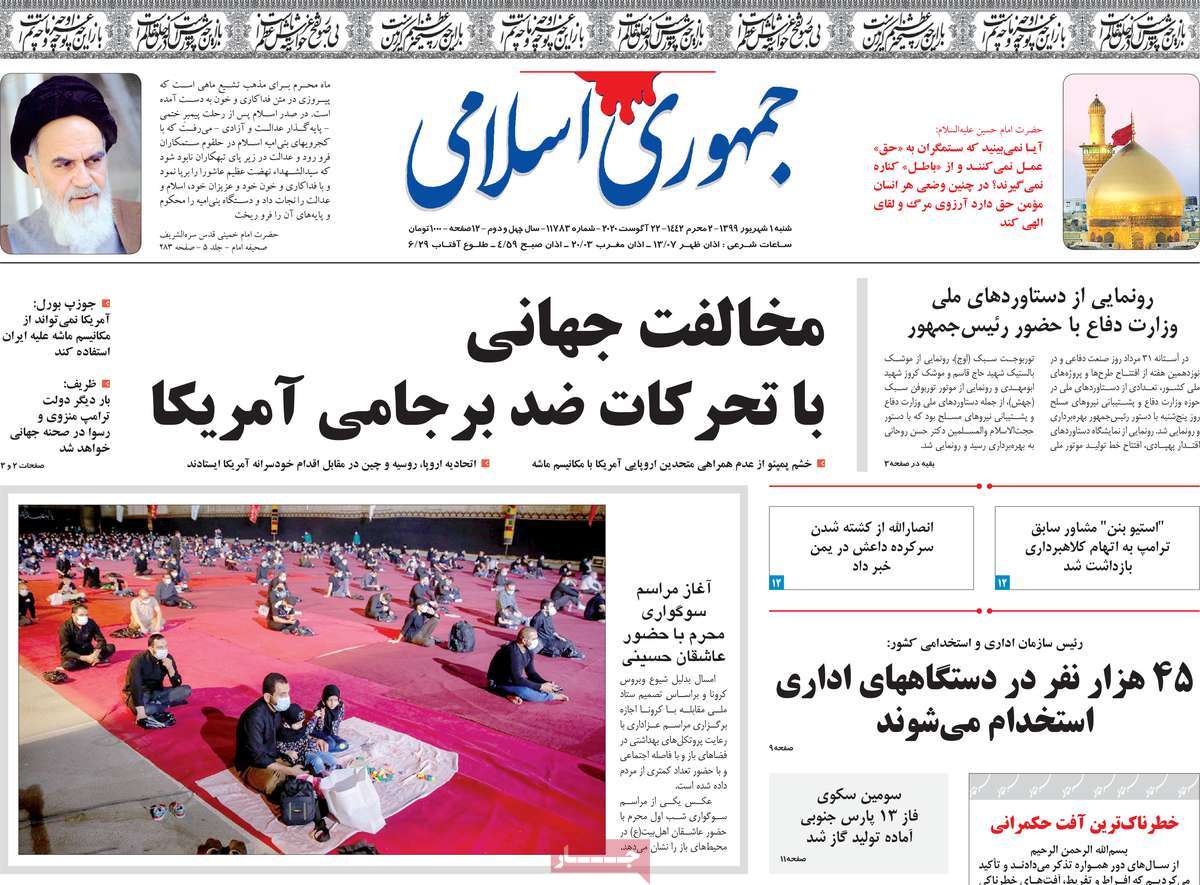 1- Hashd al-Sha’abi’s Reaction to Iraqi PM’s Inaction: We’ll Target US with All Our Power 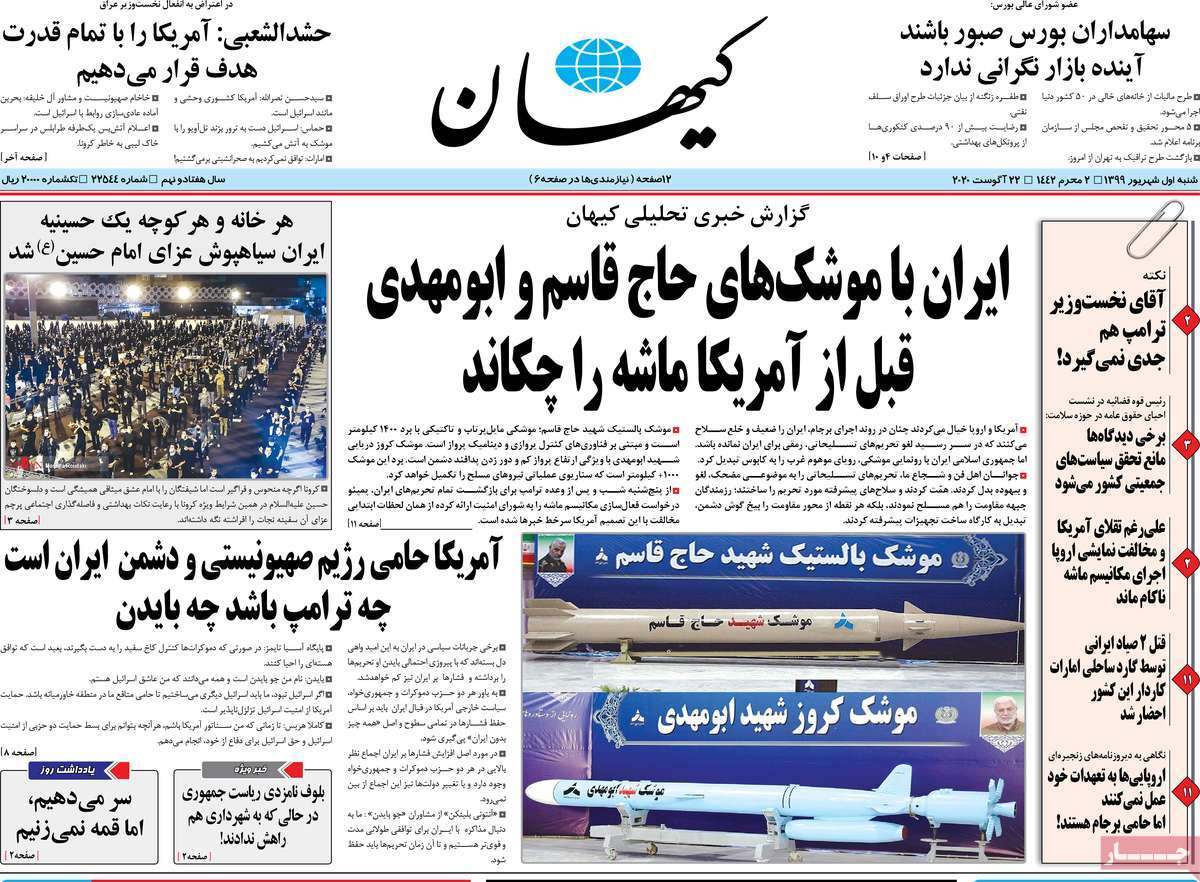 1- Europe against America: E3 Express Opposition to US in Official Letter to UN 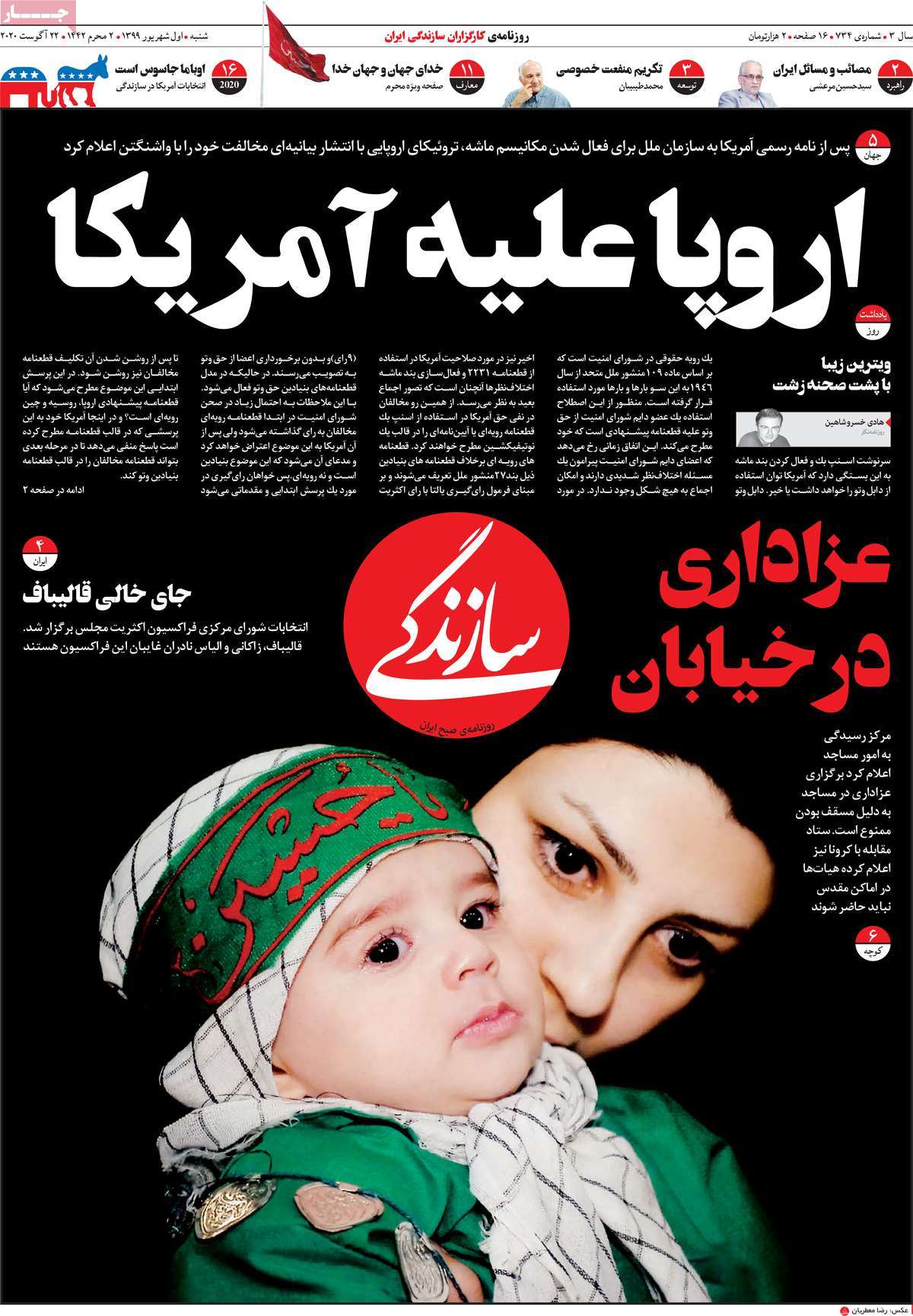 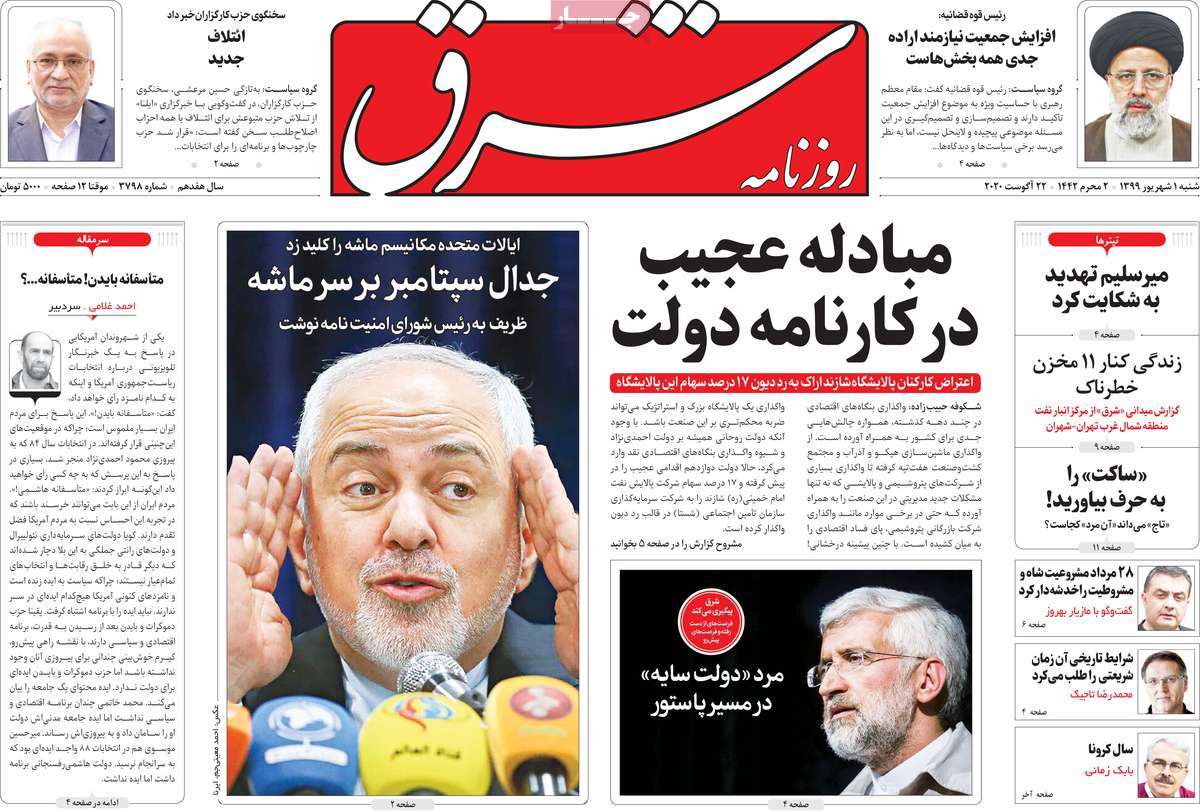