IFP has taken a look at the front pages of Iranian newspapers on Monday, August 19, 2019, and picked headlines from a number of them. IFP has simply translated the headlines and does not vouch for their accuracy. 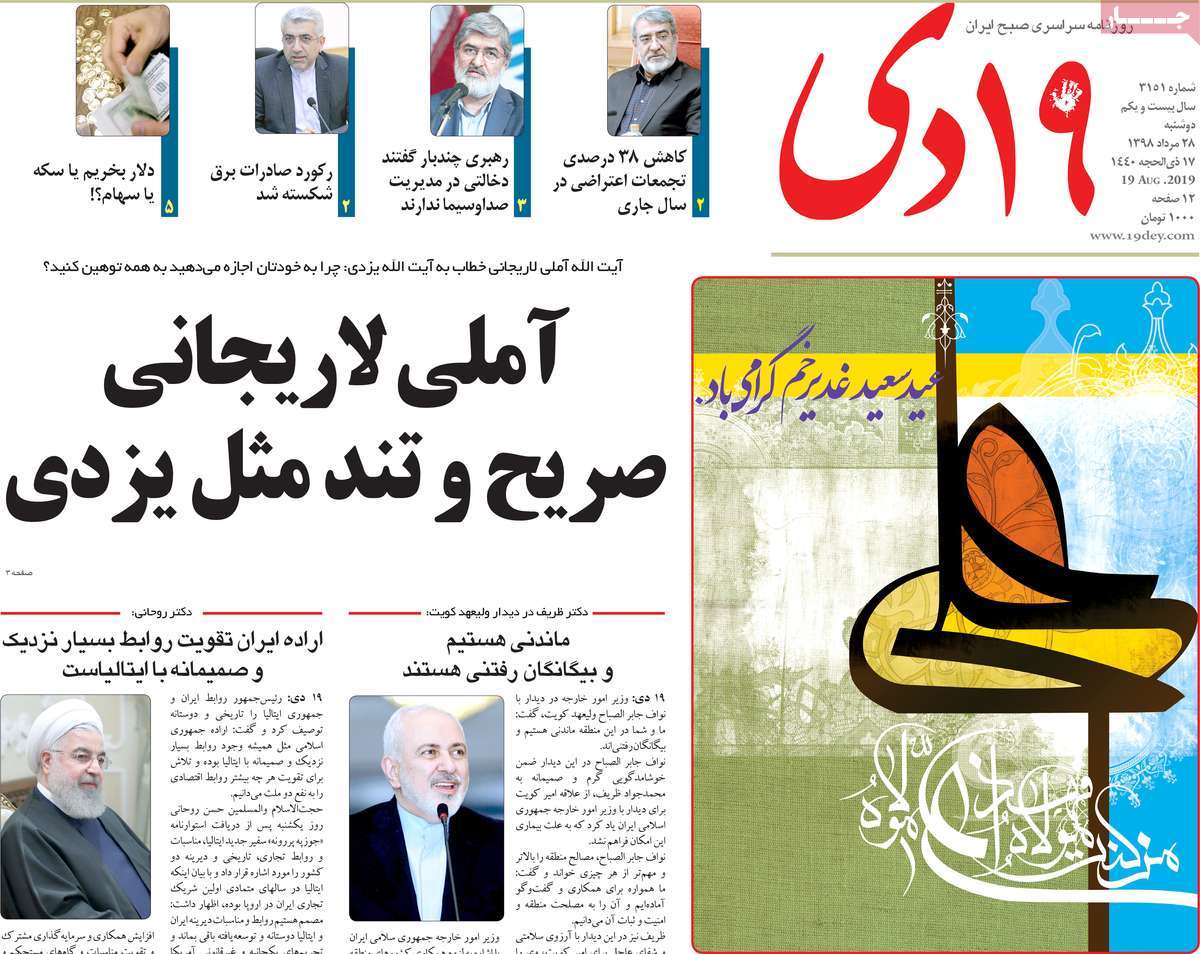 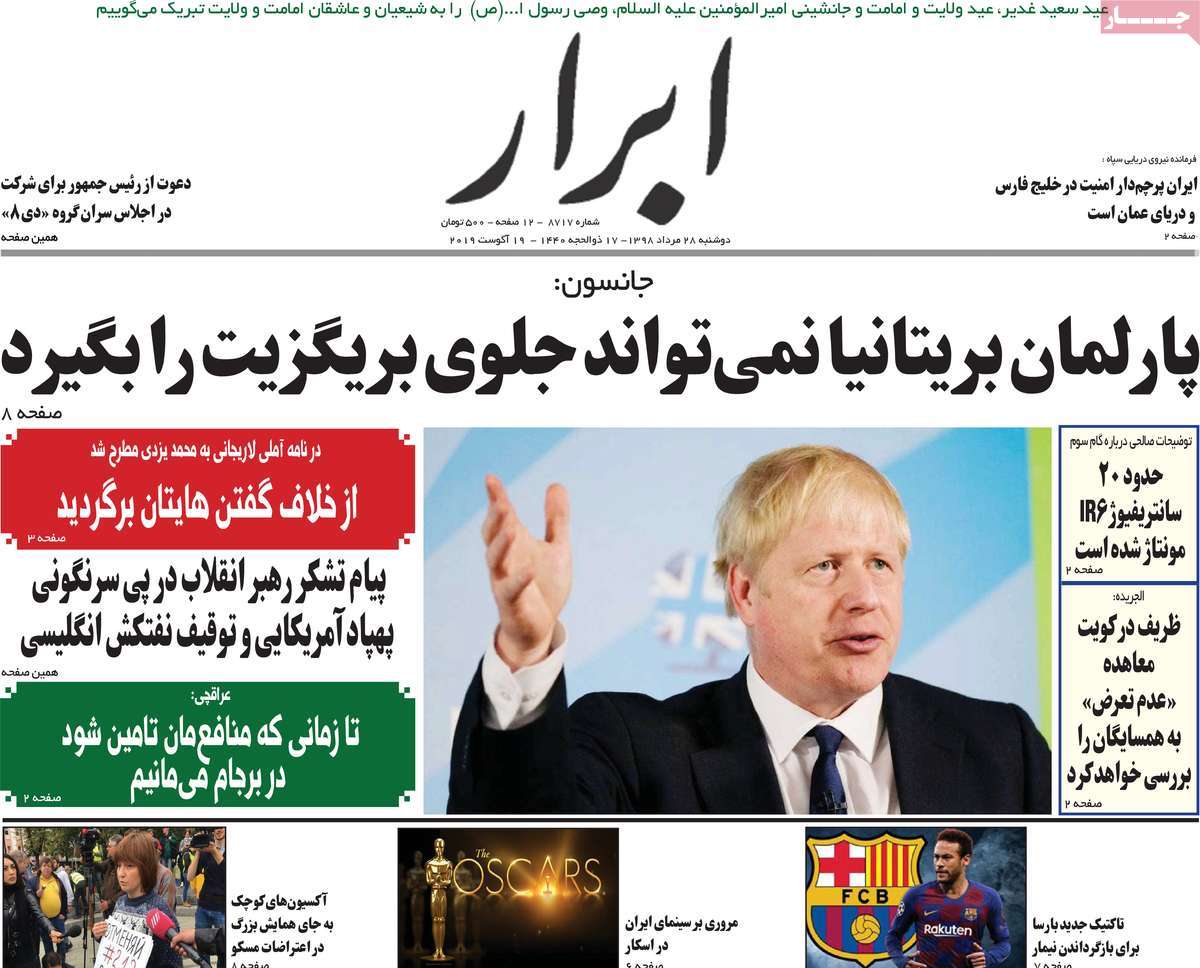 1. Iran Has Assembled Some Twenty IR-6 Centrifuges in New Factory, Salehi Says about the 3rd Step 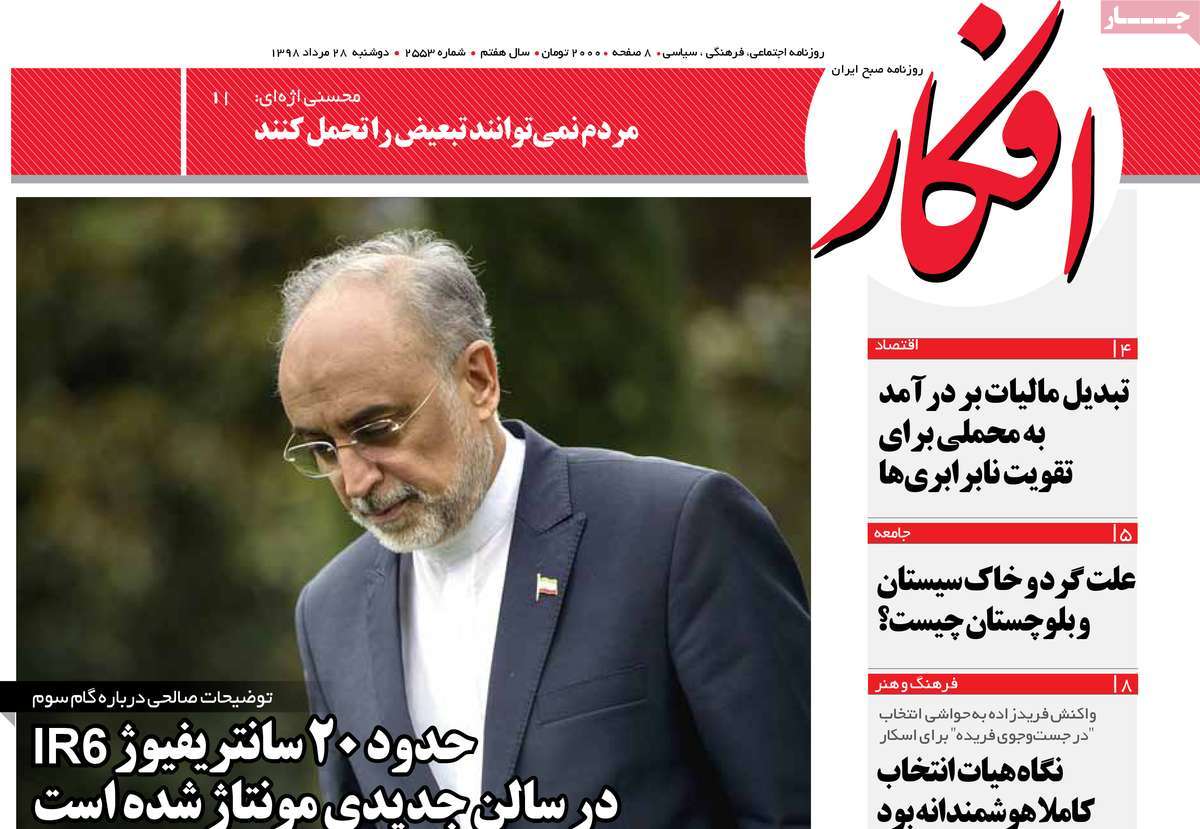 1. “Iran Can Be the Most Influential Mediator in Kashmir Crisis,” Pir Mohammad Mulla Zehi Says in An Interview with Aftab in Response to the International Organizations’ Silence 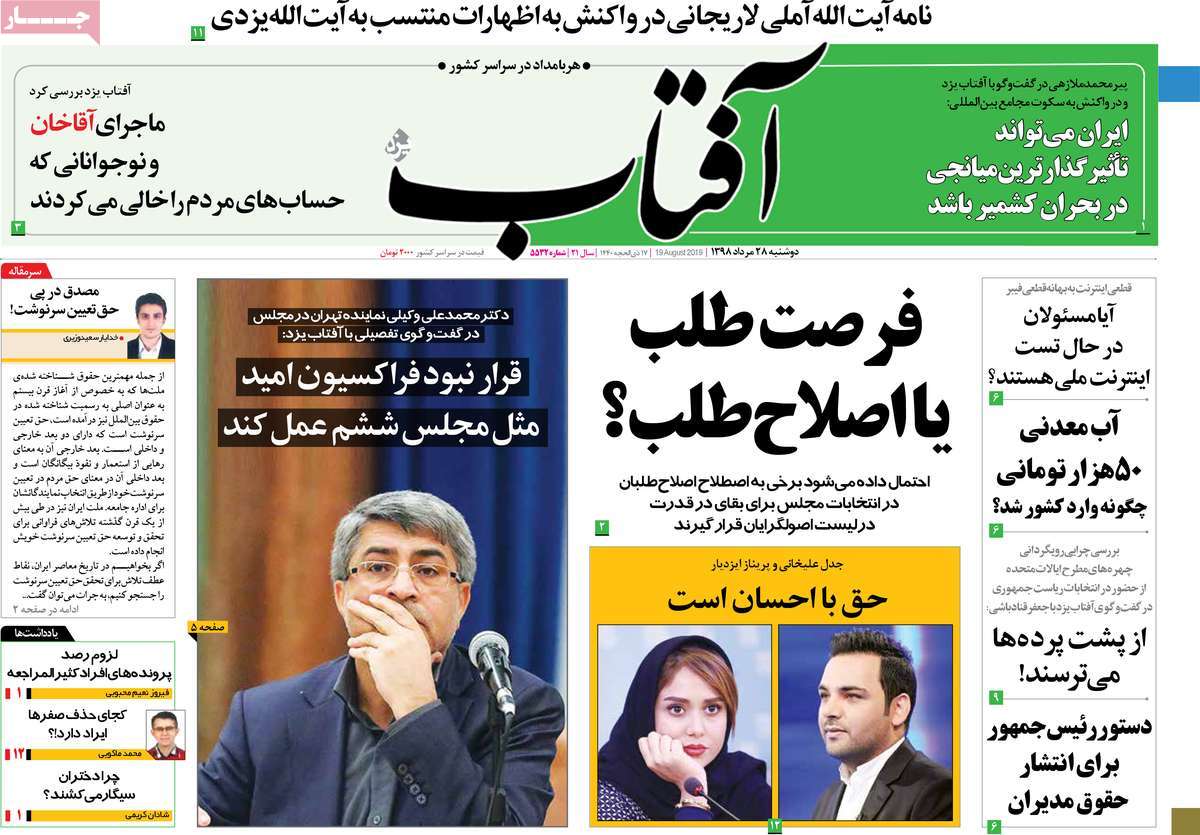 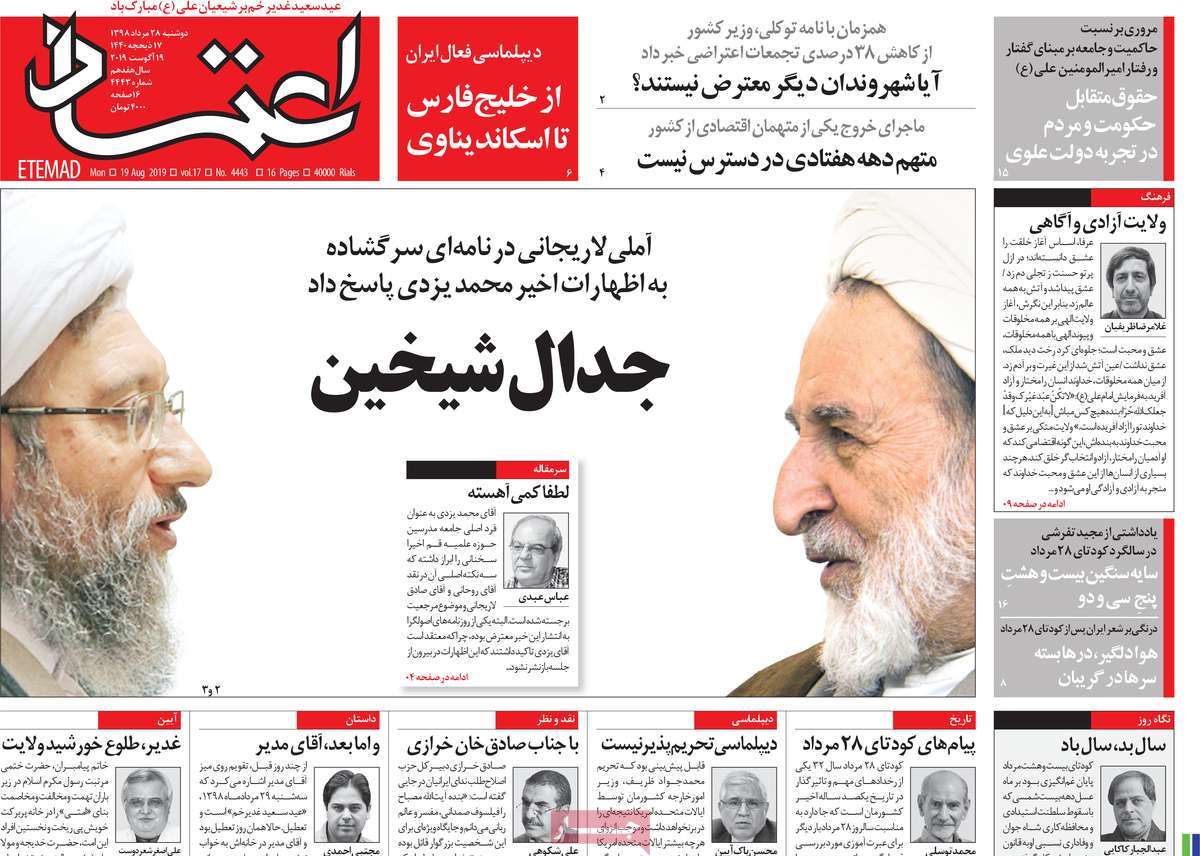 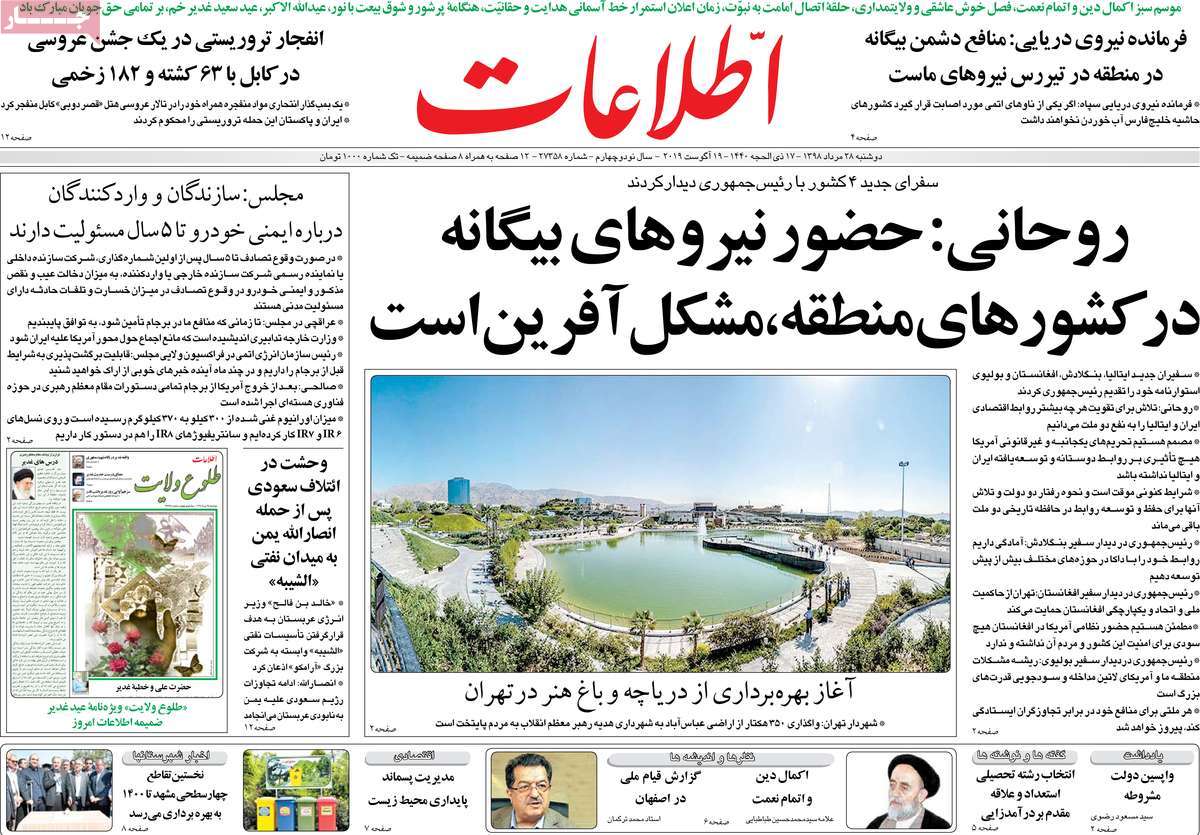 1. Tour of Defeat of Sanctions
* Despite US Sanctions, Iran’s Foreign Minister Receives Welcome in Capitals of Arab, European States.
* Zarif Goes to Kuwait after Qatar, Proposes Idea of Non-Aggression Pact.

2. Leader’s Gift for People of Tehran on Eid
* Pirooz Hanachi: Tehran’s Chaharbagh Is A Gift from the Leader for People, Whose Construction Has Begun on Eve of Eid al-Ghadir 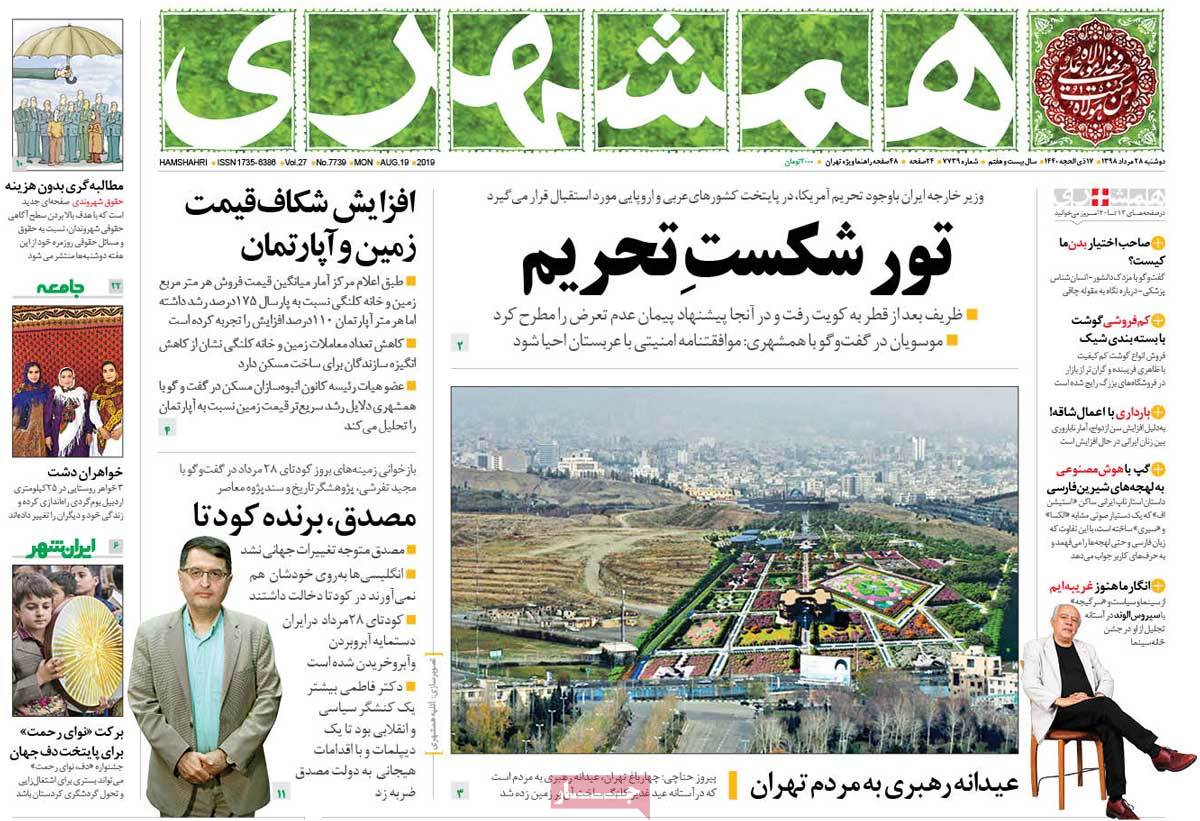 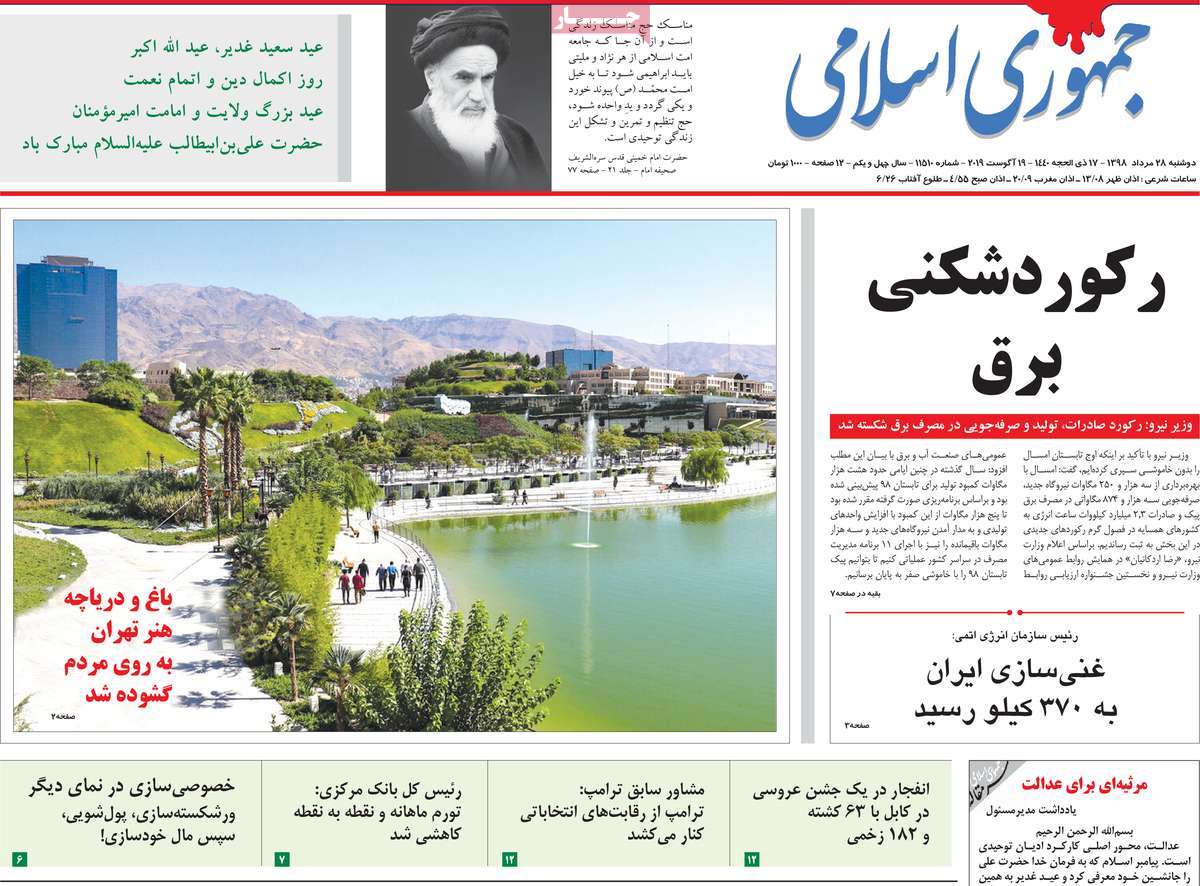 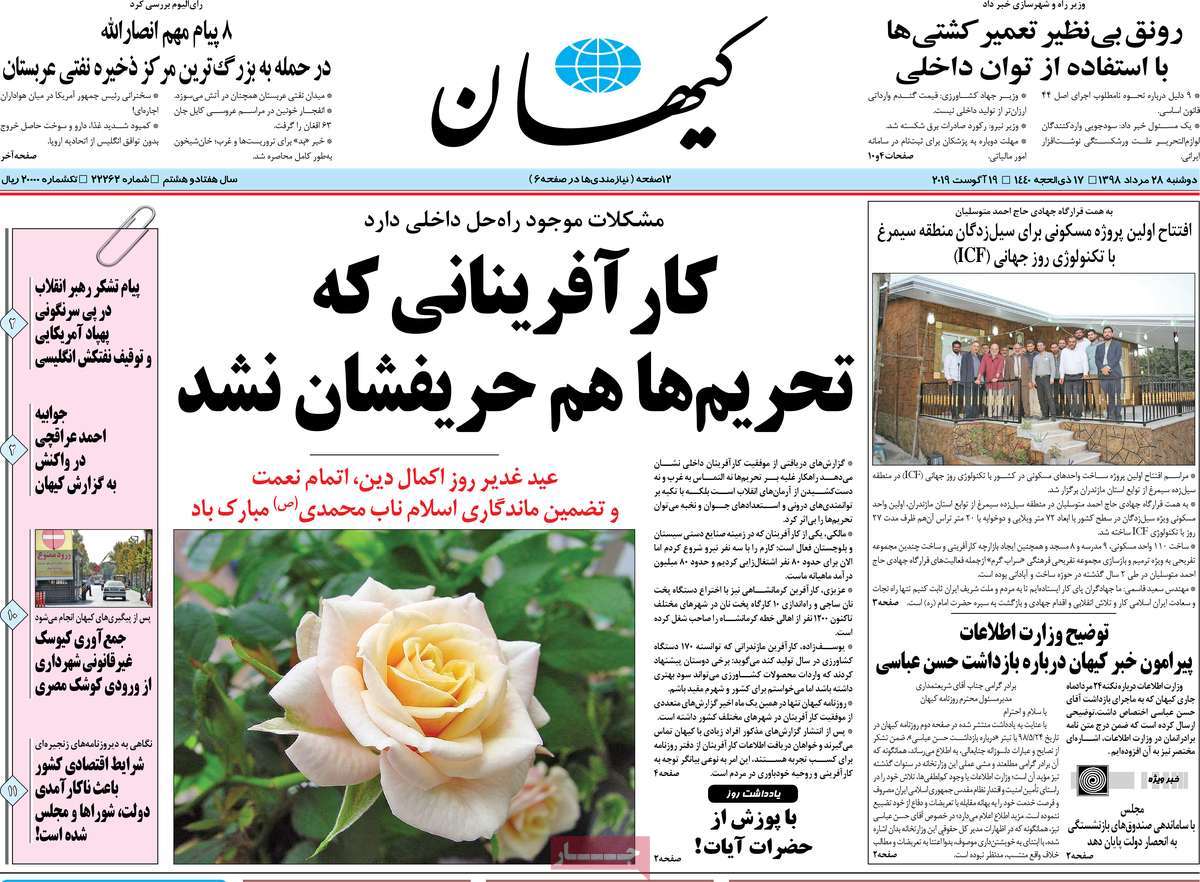 Shahrvand:
1. Critics Comment on Selection of “Finding Farideh” as Iran’s Candidate in Oscars 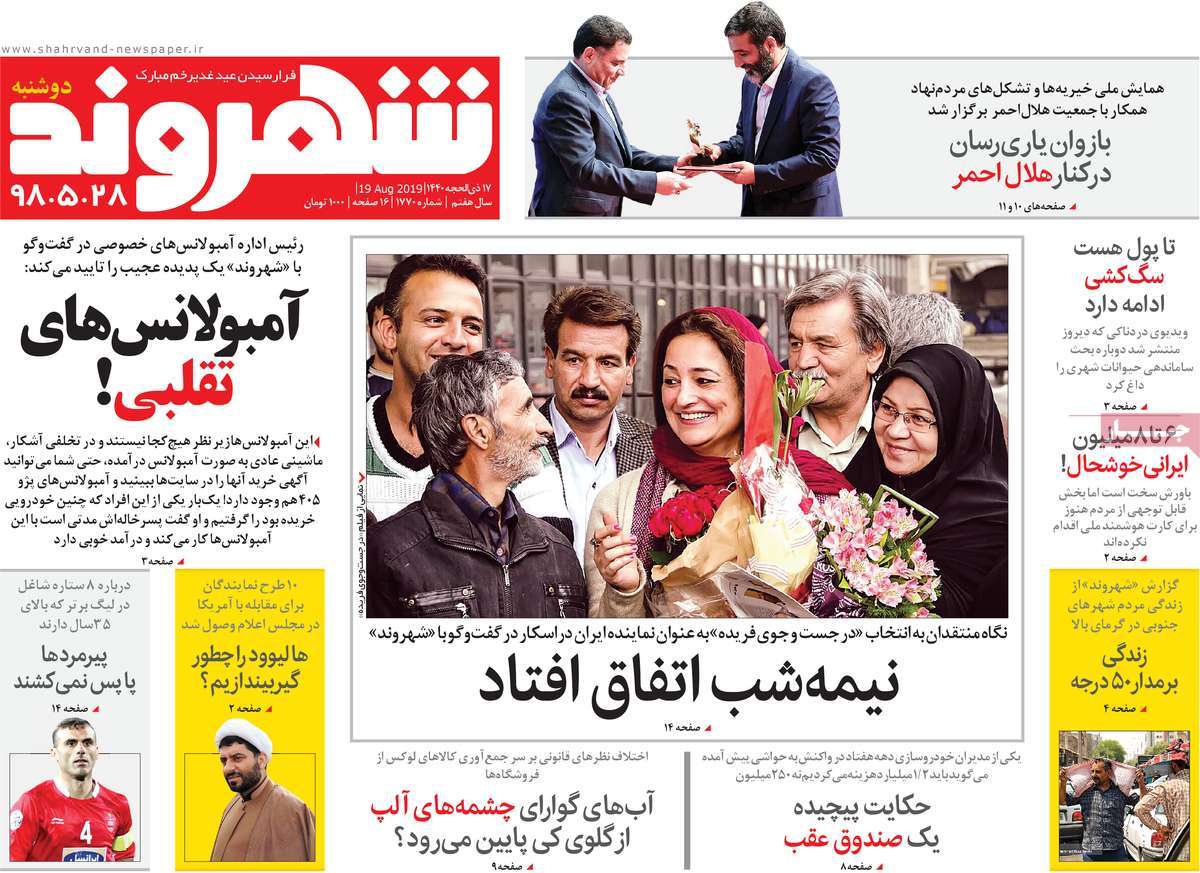 Sobh-e No:
1. The Plan that Ends Foreign Presence in Region
* Zarif Holds Talks with Kuwait on “Non-Aggression Pact” 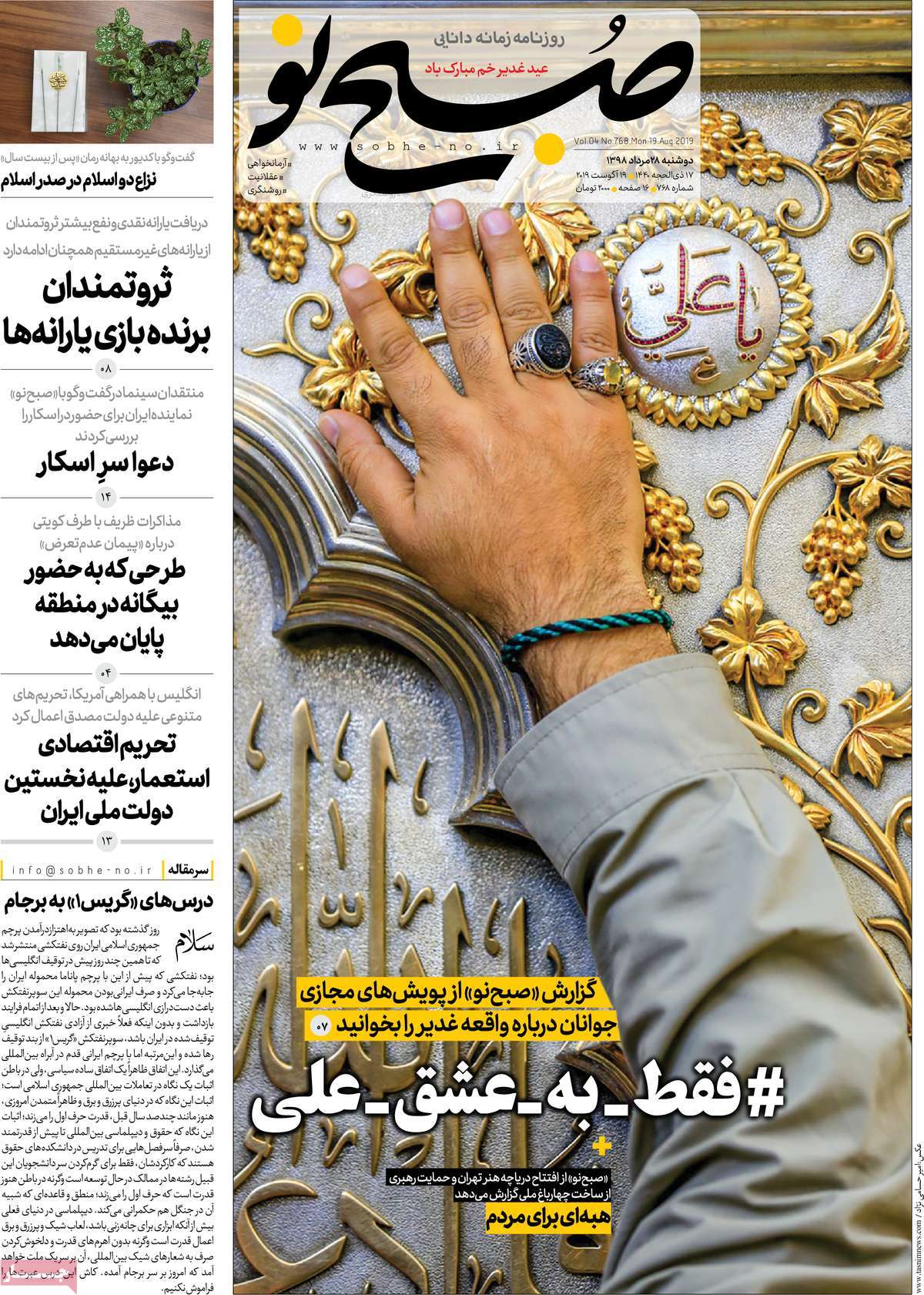