A look at Iranian newspaper front pages on April 8

The meetings of visiting Turkish President Recep Tayyip Erdogan with the Supreme Leader and President Rouhani and the agreements Iran and Turkey signed during President Erdogan’s day-long visit dominated the front pages of Iranian newspapers on Wednesday. Also on the covers of the dailies were the comments of Ayatollah Rafsanjani and Major General Mohammad Ali Jafari in support of the nuclear statement Iran and P5+1 released in Switzerland earlier in April and the Iranian negotiating team.

Abrar: An IS attack on an area near Iraq-Saudi Arabia border has been foiled. 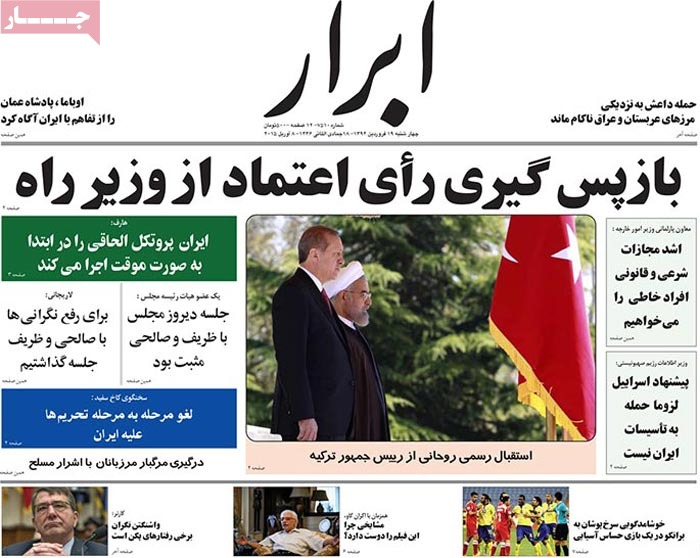 Afarinesh: “The post-nuclear statement liveliness of the people is an asset to the establishment,” said Ayatollah Akbar Hashemi Rafsanjani.

The chairman of the Expediency Council made the comment at a meeting with the vice-president for women and family affairs and a host of MPs, scholars and university professors. 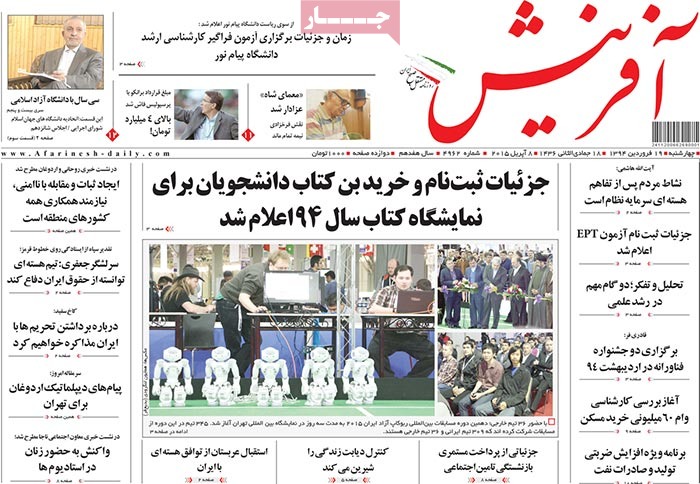 Aftab-e Yazd: “An end to attacks on Yemen and termination of foreign interference are key to settling the crisis of Yemen,” the Supreme Leader said.

Ayatollah Seyyed Ali Khamenei made the comment at a meeting with President Erdogan of Turkey. 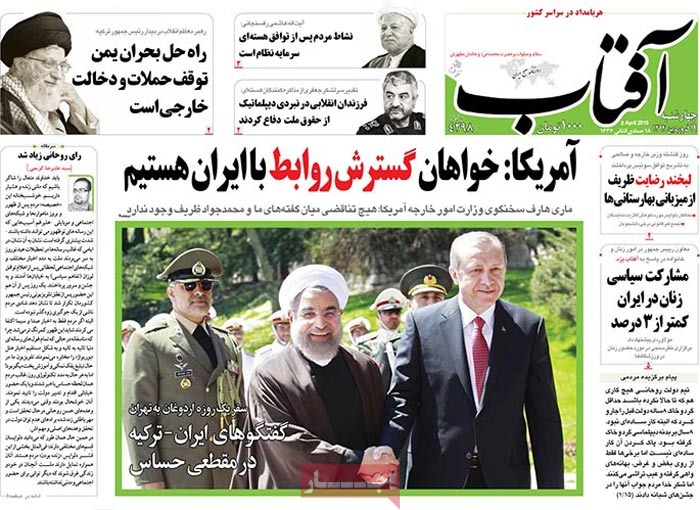 Amin: “Extremism needs to be cracked down on,” President Rouhani told a joint press conference with his Turkish counterpart. Rezaei, who once commanded the Revolution Guards, has written a letter to the Supreme Leader demanding to return to the IRGC.

The Leader has accepted the request, and Rezaei is now teaching at Imam Hussein University. 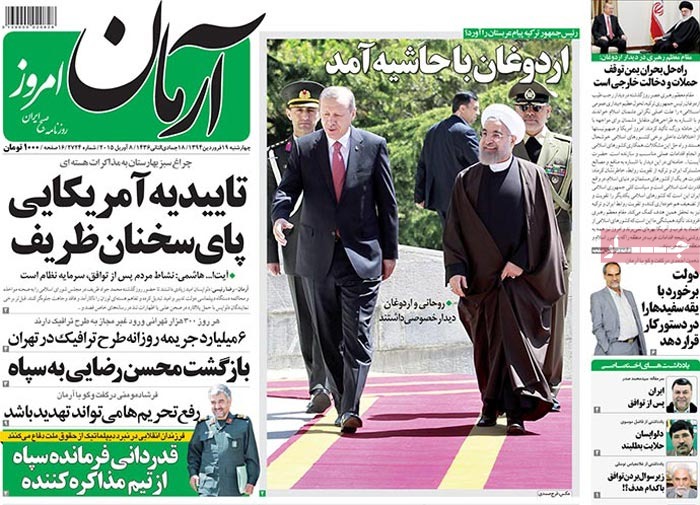 Asrar: The commander of the Islamic Revolution Guards Corps has said that IRGC appreciates the efforts of the nuclear negotiating team. 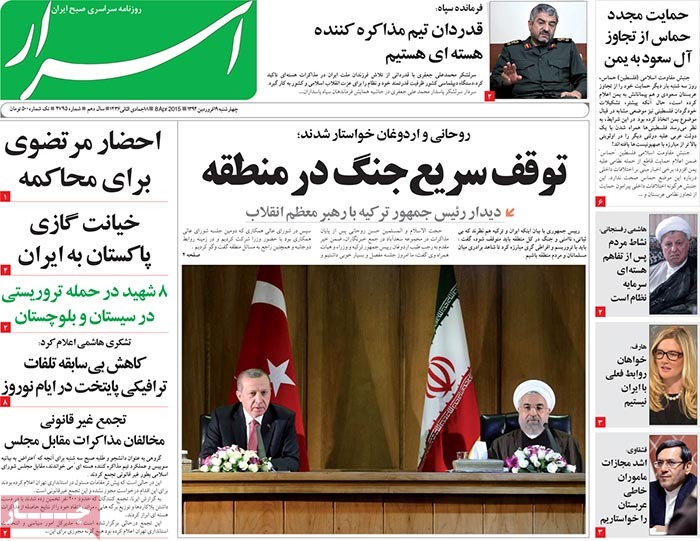 Ettela’at: Eight Iranian border guards have been martyred in a terrorist attack in the southeast of the country. 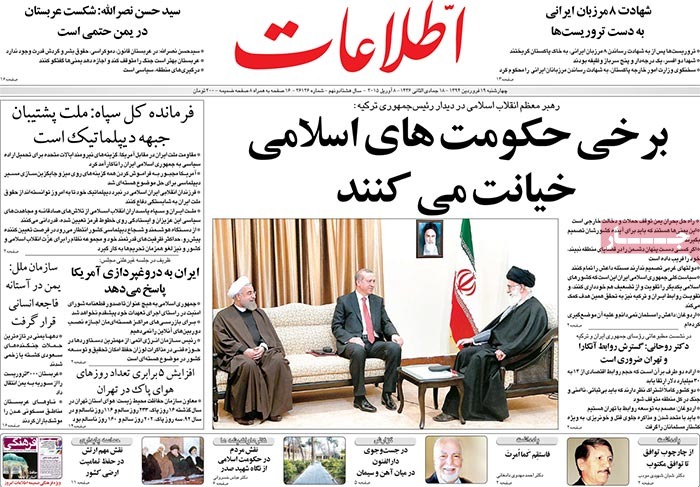 Haft-e Sobh: A young man has admitted to killing his own father and sister in Tehran. 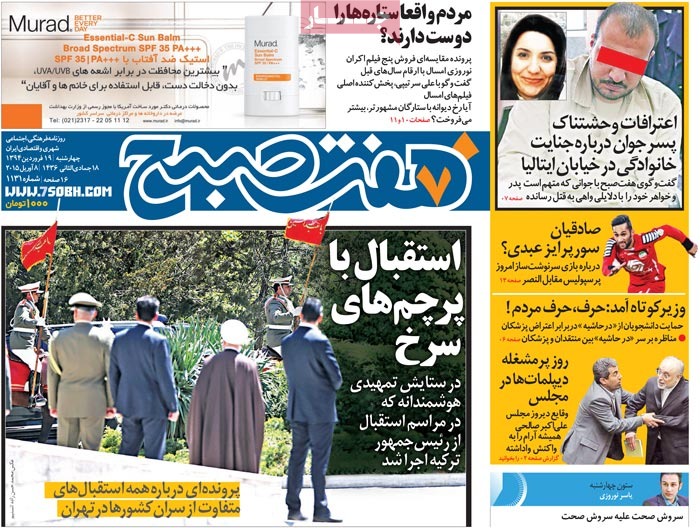 Iran: Insurance coverage of housewives will be finalized this year.

The promise was made by the vice president for women and family affairs ahead of Women’s Day on Friday. 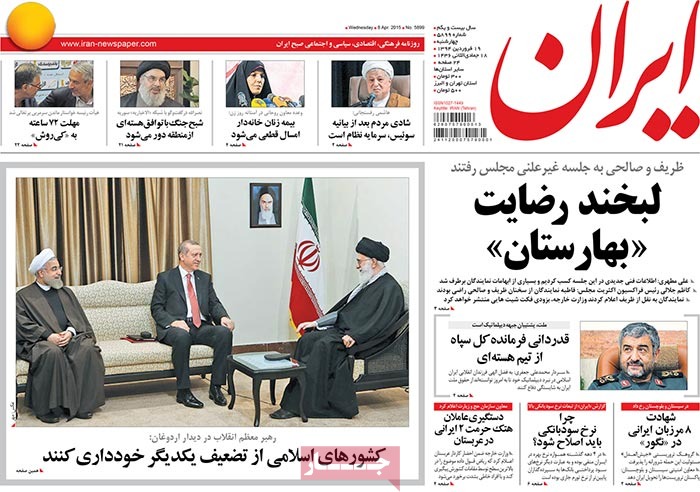 The announcement was made by the spokesman of the Ministry of Culture and Islamic Guidance. 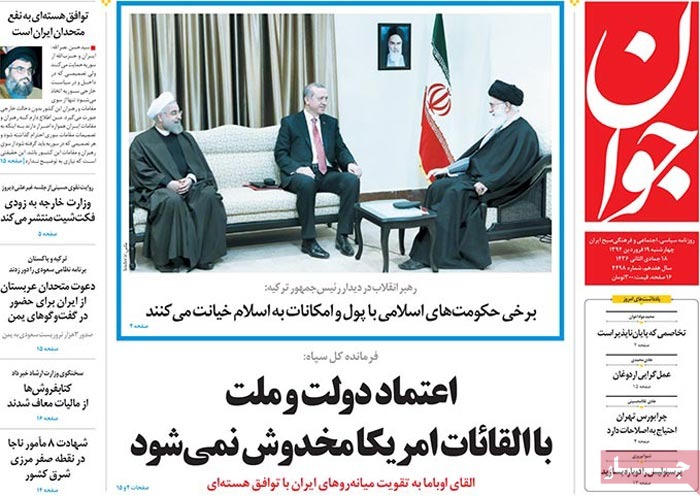 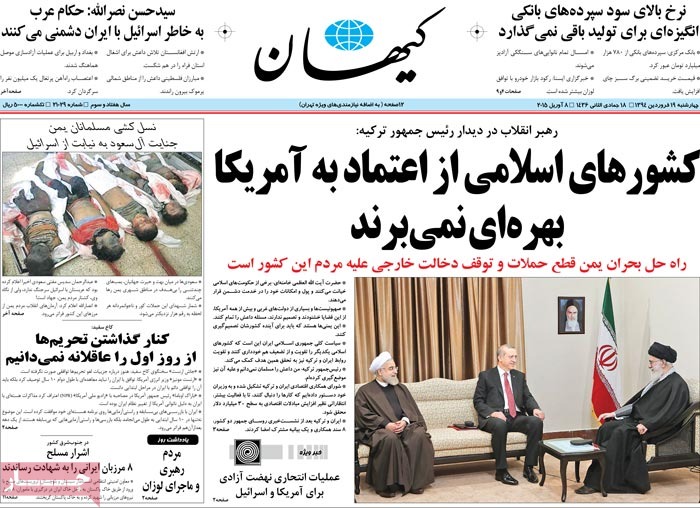 Qods: The Portuguese head coach of the Iranian national football team has been given 72 hours to decide whether he’s staying in Iran or not. Sayeh: Three major steel projects will be inaugurated in the country this year.

Sayeh: “I’m happy to be back in Iran,” said Branko Ivankovic.

The Croatian national who has been named head coach of Tehran’s Persepolis Football Club led Iran’s national team in the 2006 World Cup. 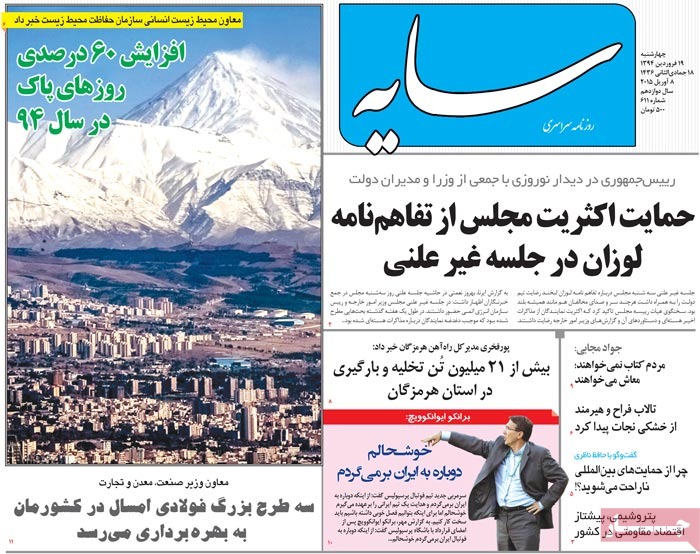