A look at Iranian newspaper front pages on April 6

The appearance of Foreign Minister Mohammad Javad Zarif before parliament’s National Security and Foreign Policy Committee and comments by President Rouhani and Ayatollah Hashemi Rafsanjani about the nuclear understanding between Iran and P5+1 dominated the front pages of Iranian newspapers on Monday.

Abrar: Foreign Minister Mohammad Javad Zarif is likely to appear before a closed-door session of parliament Tuesday to expound on nuclear statement Iran and P5+1 issued in Lausanne, Switzerland. 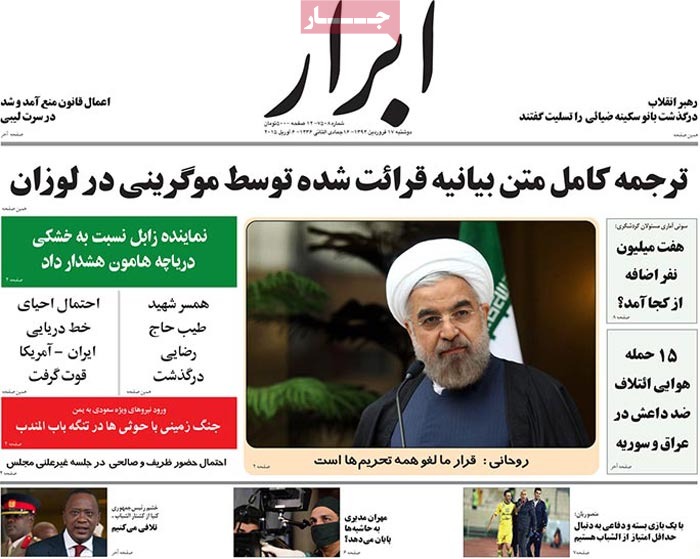 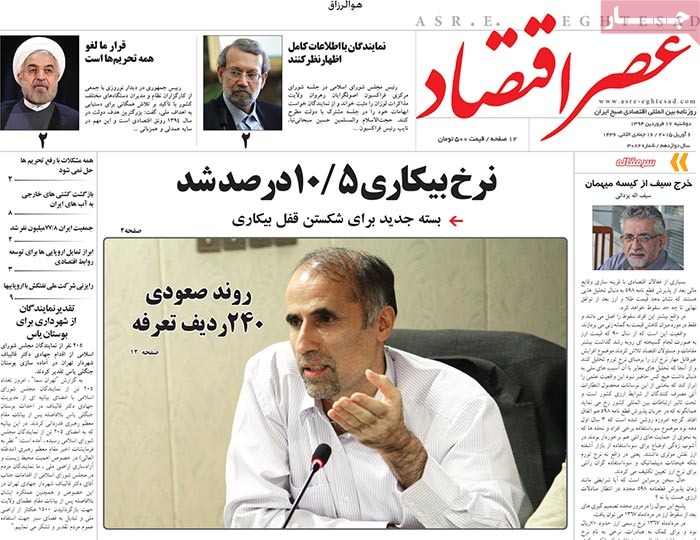 Asrar: Parliament Speaker Ali Larijani has urged fellow MPs to make comments on the nuclear statement Iran and P5+1 issued in Lausanne only when they know all the facts about the talks.

Asrar: The economy minister has said that his ministry seeks to push inflation down to single digits this year.

Asrar:”We should not do things that might play into the hands of hardliners,” said Chairman of the Expediency Council Ayatollah Hashemi Rafsanjani.

Asrar: Foreign Minister Zarif had a heated dispute with an MP during his appearance in parliament. 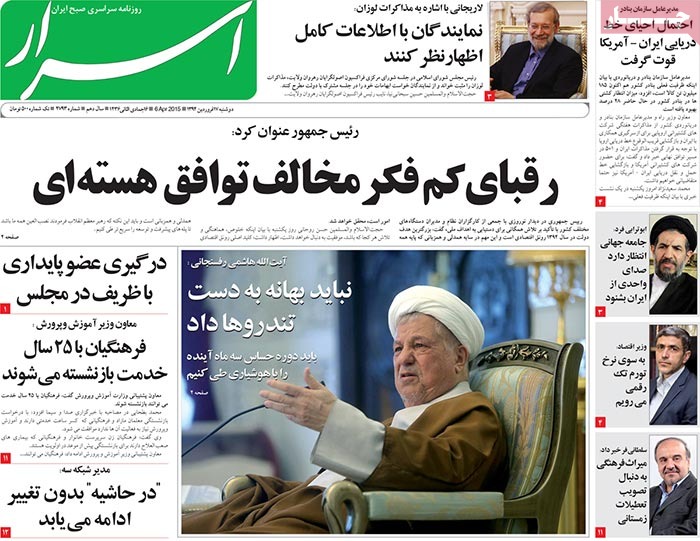 Emtiaz: Hamid Derakhshan has resigned as coach of the capital’s Persepolis Football Club. 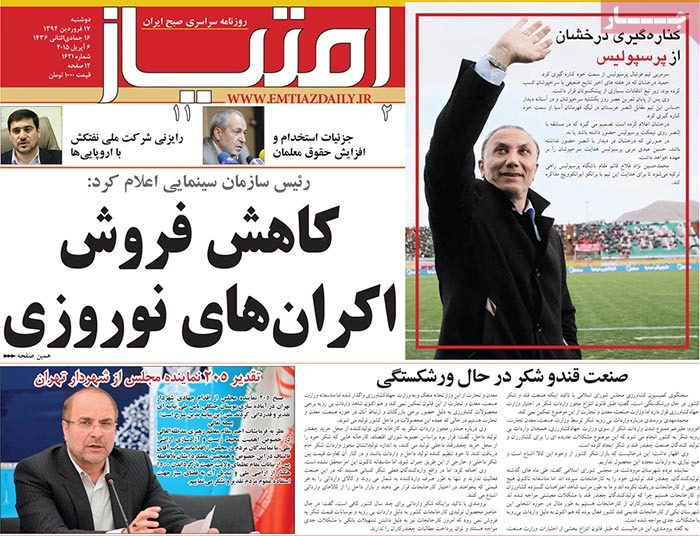 Etemad: During a meeting of parliament’s National Security and Foreign Policy Committee, Tehran MP Ahamd Tavakoli spoke in support of Foreign Minister Zarif who was also on hand for the meeting. 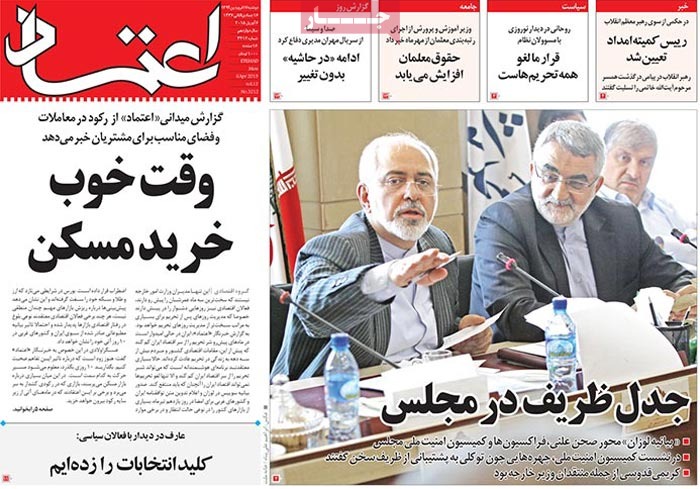 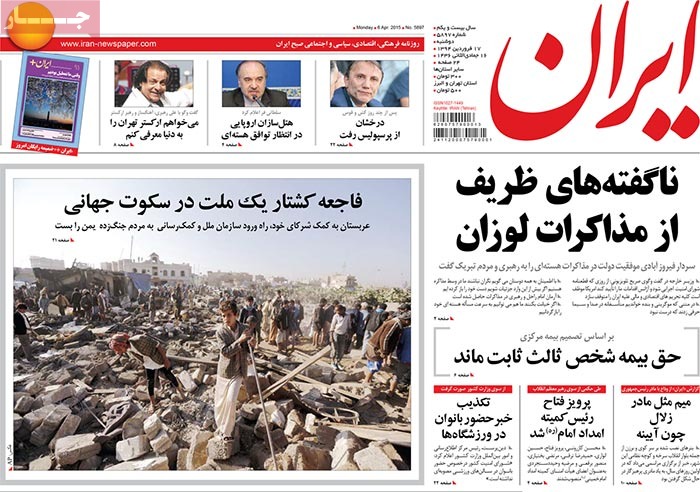 Payam-e Zaman: The minister of industries, mines and trade has said this year the focus will be on expansion of non-oil exports. Qods: “Parliament is not poised to approve the Additional Protocol,” said the chairman of the chamber’s National Security and Foreign Policy Committee. 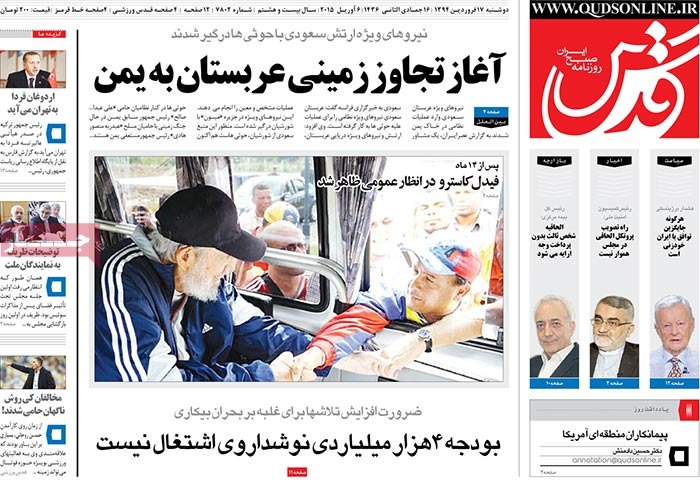 Roozan: “Don’t lie. The Leader has not admonished me,” Foreign Minister Zarif told Karimi Ghodoosi, an MP who spoke against the Lausanne statement during the top diplomat’s appearance in parliament. Sayeh: The Iranian oil minister has said that exports of natural gas to Iraq will get underway later this year. 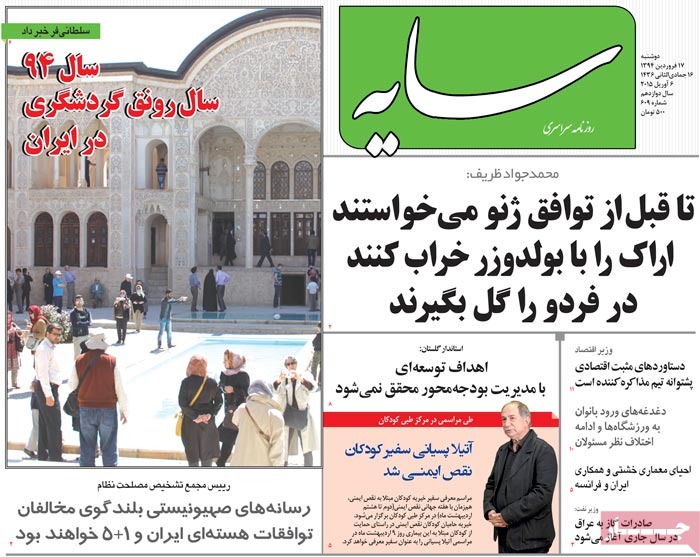 Sharq: The Afghan ambassador to Tehran has said that the Afghan president will soon pay a visit to Iran. 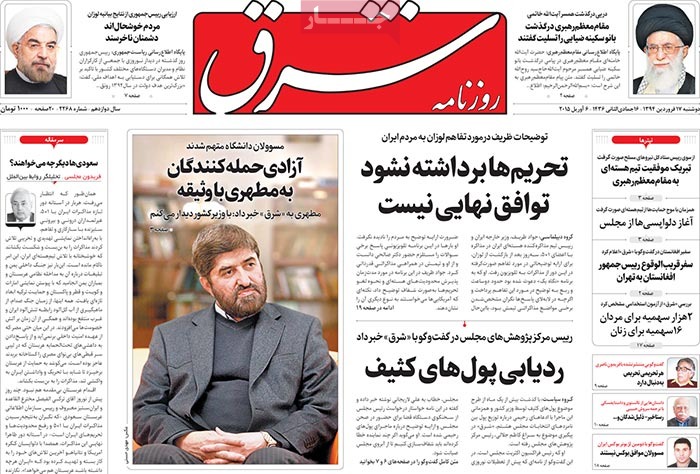 Tejarat: “The world has no other option than strike a deal with Iran,” said President Rouhani. 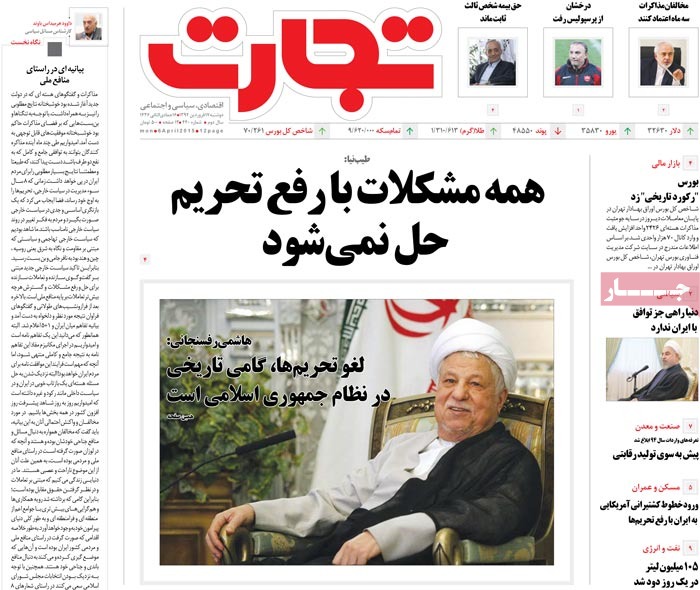