A look at Iranian newspaper front pages on April 29

President Rouhani’s comment that “the sanctions regime is crumbling” dominated the front pages of Iranian newspapers on Wednesday. A meeting between Iranian and US top diplomats at the residence of Tehran’s UN envoy, considered Iranian soil, also appeared on the covers of dailies.

Abrar: “The drafting of a final nuclear deal gets under way as of today,” said Foreign Minister Mohammad Javad Zarif. 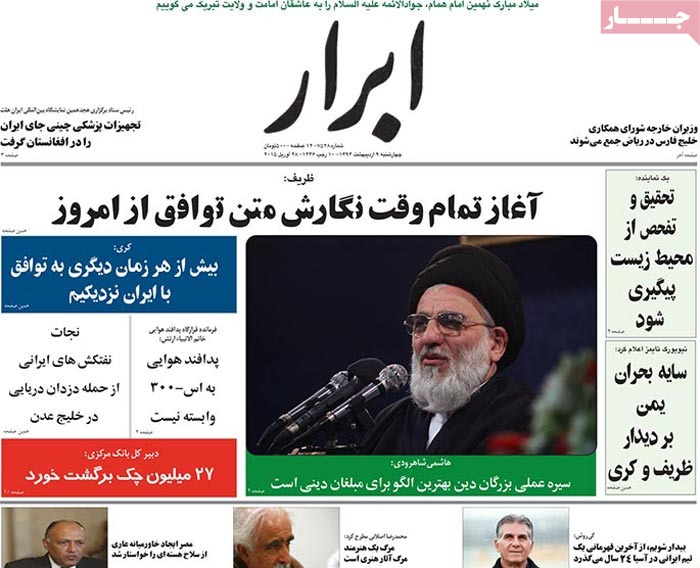 Afkar: Baltimore has turned into a war zone. 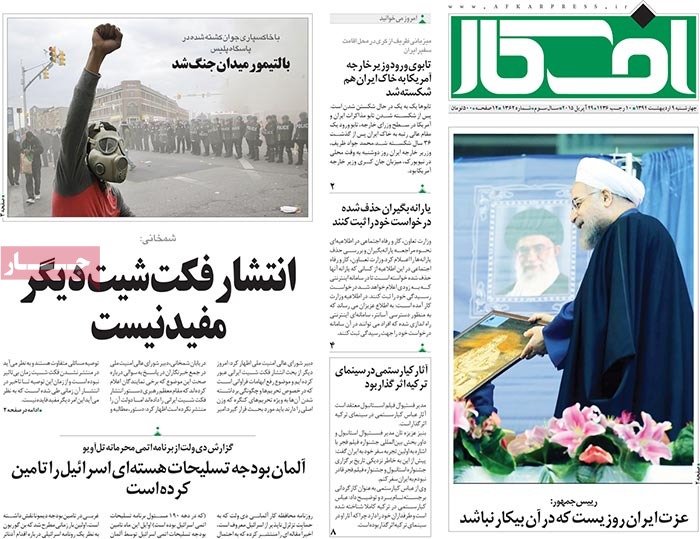 Foreign Minister Zarif, who is in New York for an NPT Review Conference, met with his US counterpart at the residence of Iran’s UN ambassador. 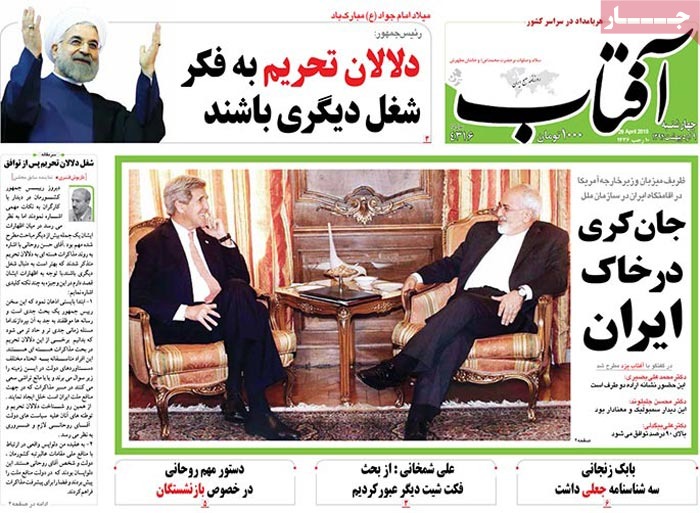 Arman-e Emrooz: “[Senior officials of] two banks are to be tried for charging interest rates higher than those sanctioned by the Central Bank of Iran.”

[The comment was made by the secretary general of the CBI.]

Arman-e Emrooz: Sixty-six teachers who are serving prison terms for monetary misdemeanors are to be freed.

The move comes a few days ahead of Teacher’s Day. 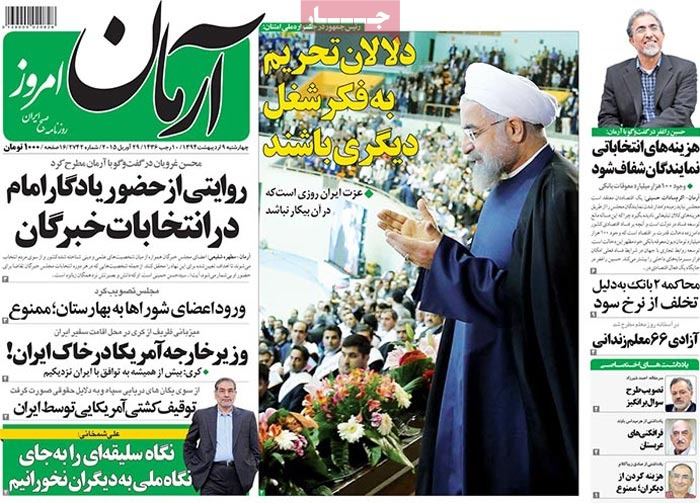 The president made the comment at an event to appreciate the services of workers.

Ebtekar: MPs have voted for a motion that allows present deputies to avoid being vetted again if they seek re-election in the future. 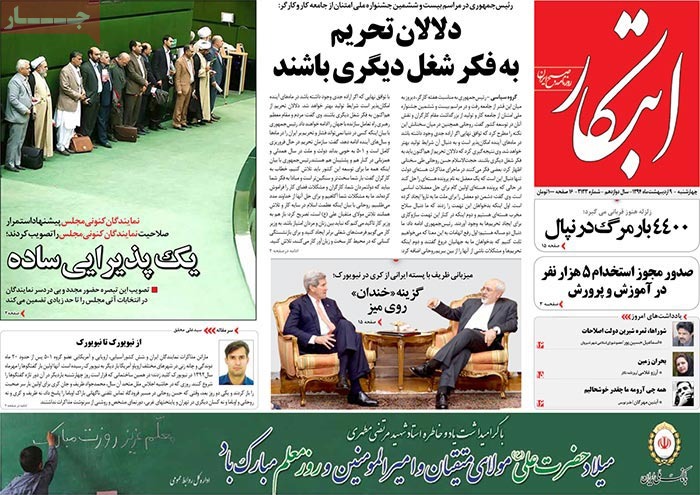 Ettela’at: “A nuclear deal will be the jumping-off point for settling the major problems [of the country],” said President Hassan Rouhani.

Ettela’at: Services of Iranian social science heavyweights have been praised at a ceremony in Tehran. 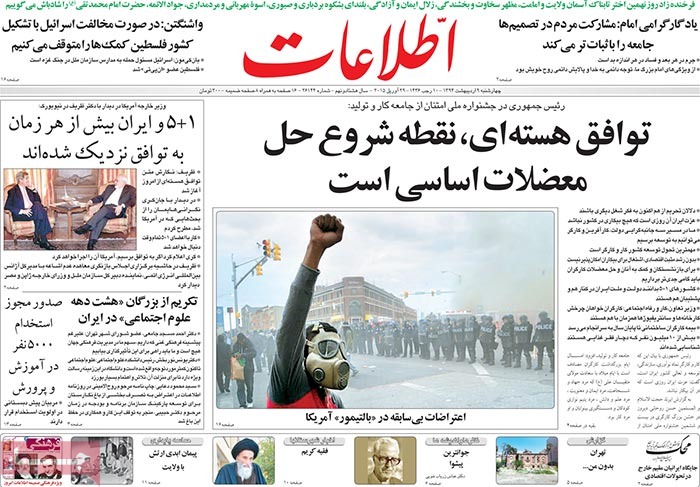 Hemayat: “Economic problems should not be tied to the nuclear case,” said the secretary of the Supreme National Security Council. 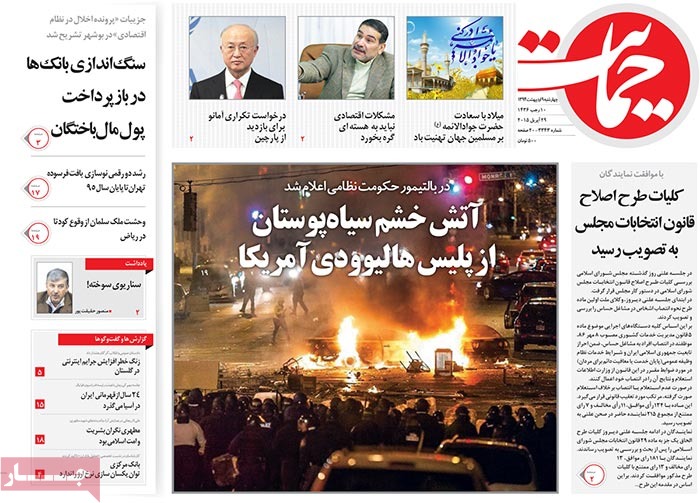 Javan: Interest rates will definitely go down by two percent. 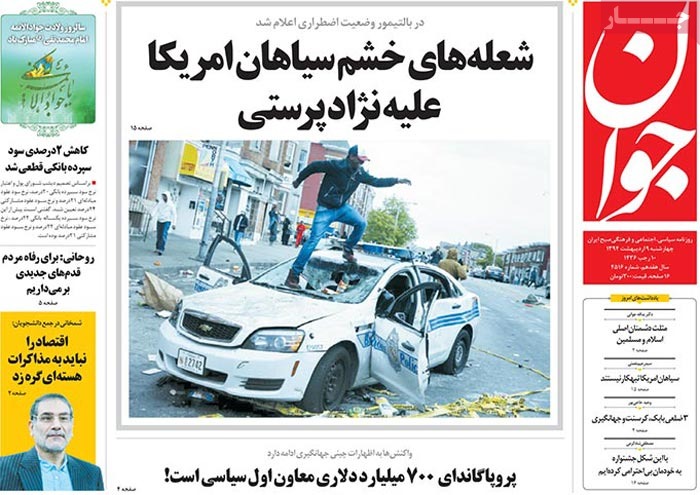 [The daily has taken a jab at the president and described his comment as “worth pondering”.] 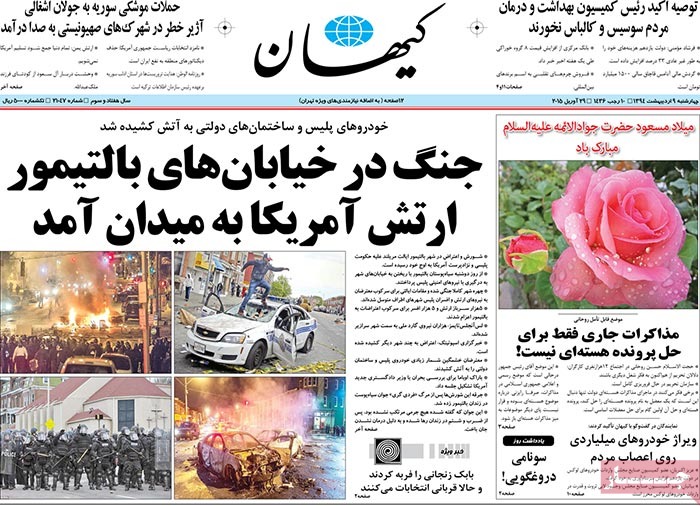 Mardomsalari: “The problems of the people won’t be solved even if monthly cash subsidies are tripled,” said Parliament Speaker Ali Larijani. 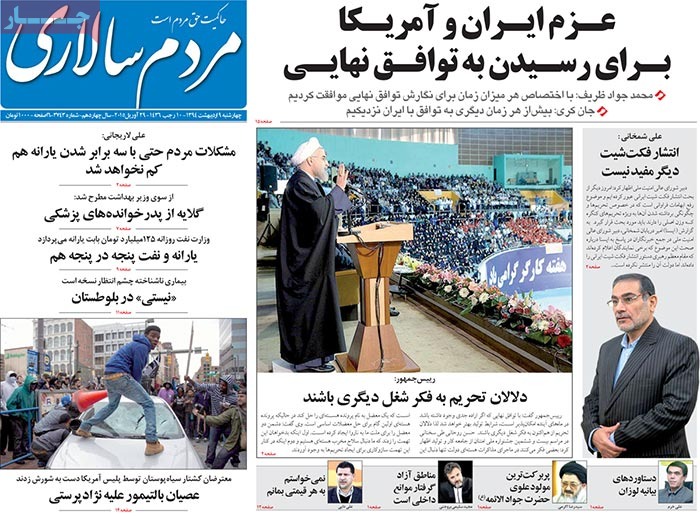 Qods: “I have not moved overseas; I am still based in Iran,” said famous actor Akbar Abdi. 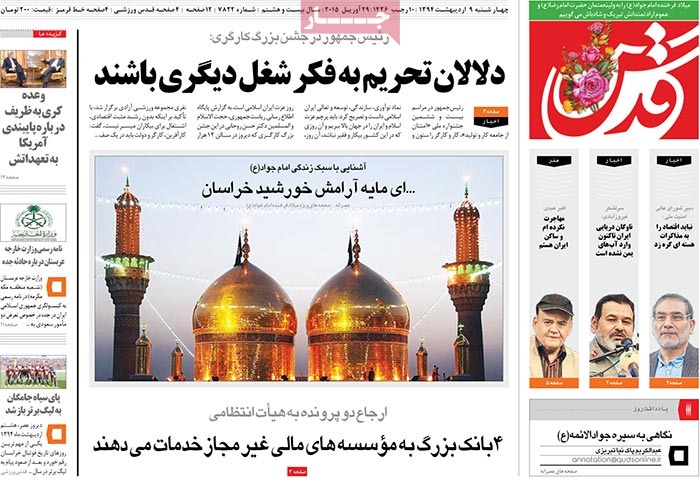 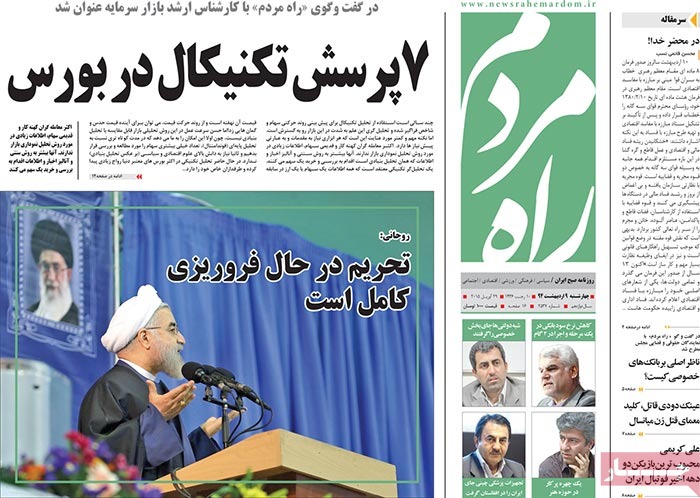 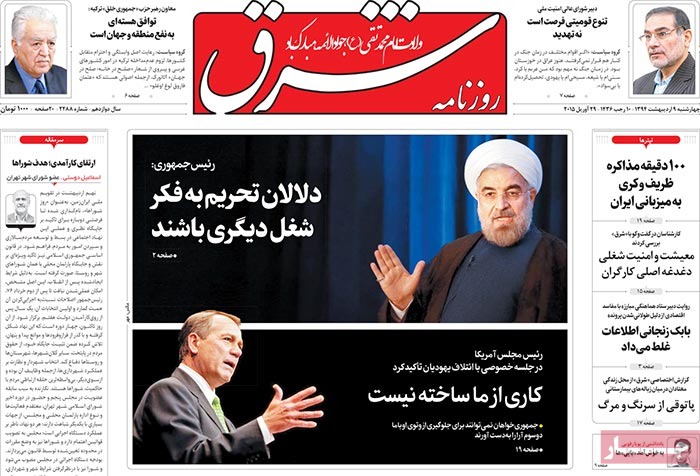