A Look at Iranian Newspaper Front Pages on April 27

IFP has taken a look at the front pages of Iranian newspapers on Saturday, April 27, 2019, and picked headlines from 10 of them. IFP has simply translated the headlines and does not vouch for their accuracy.

The top story in all papers today was the remarks made by Foreign Minister Mohammad Javad Zarif during his speeches in New York, where he expressed Tehran’s preparedness for a prisoner swap with Washington, and warned the US against the repercussions of cutting Iran’s oil exports down to zero.

The suspicious murder of an influential Iranian lawyer in Tehran also received great coverage. Hamid Hajian was reportedly the lawyer of a controversial and big legal case on the financial corruption of several bankers and business tycoons.

1- US to Reconsider Issuing Waivers for Import of Iran’s Oil: AP 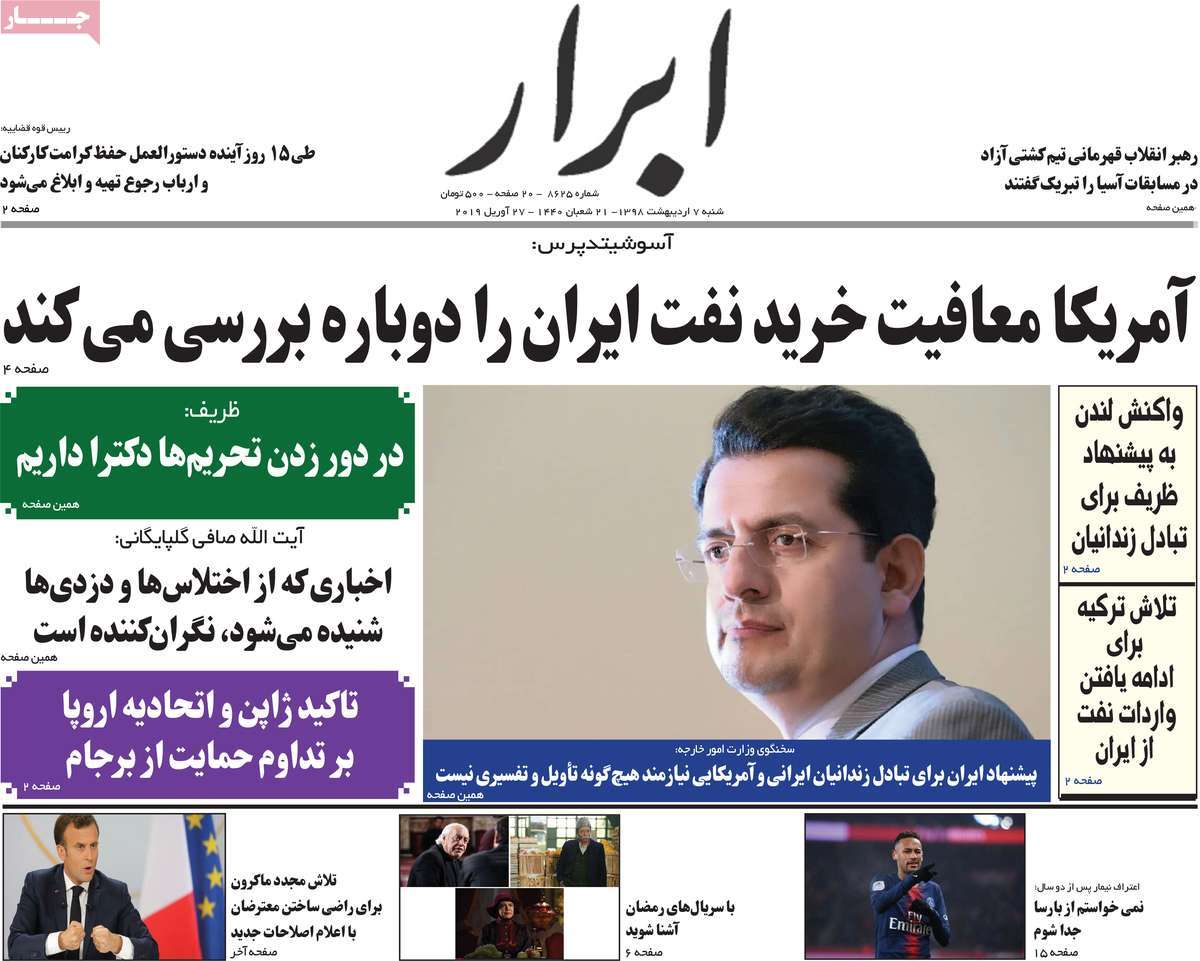 1- Iran-US; A Move to Swap Prisoners

4- Tragic Events of a Football Match in Tehran: 245 Wounded, One Dead 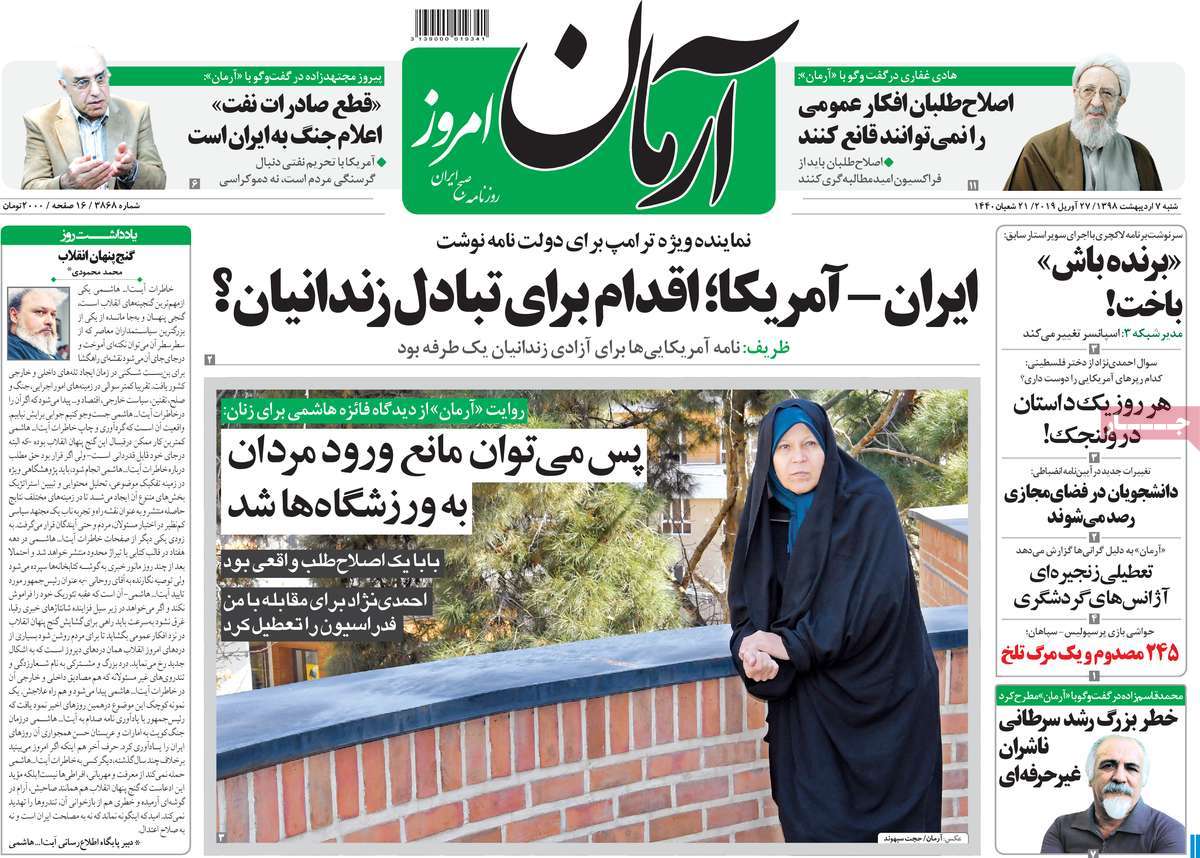 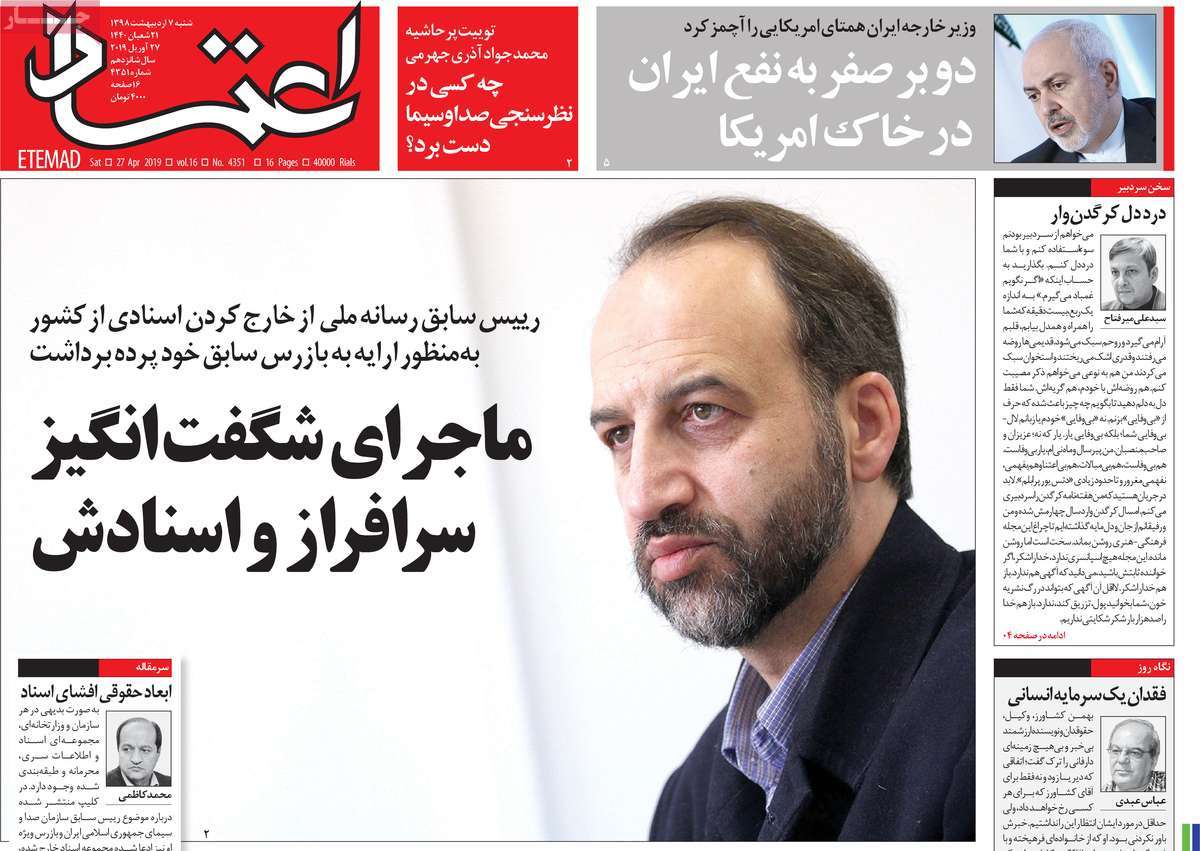 1- Agents of Sanctions in Iran 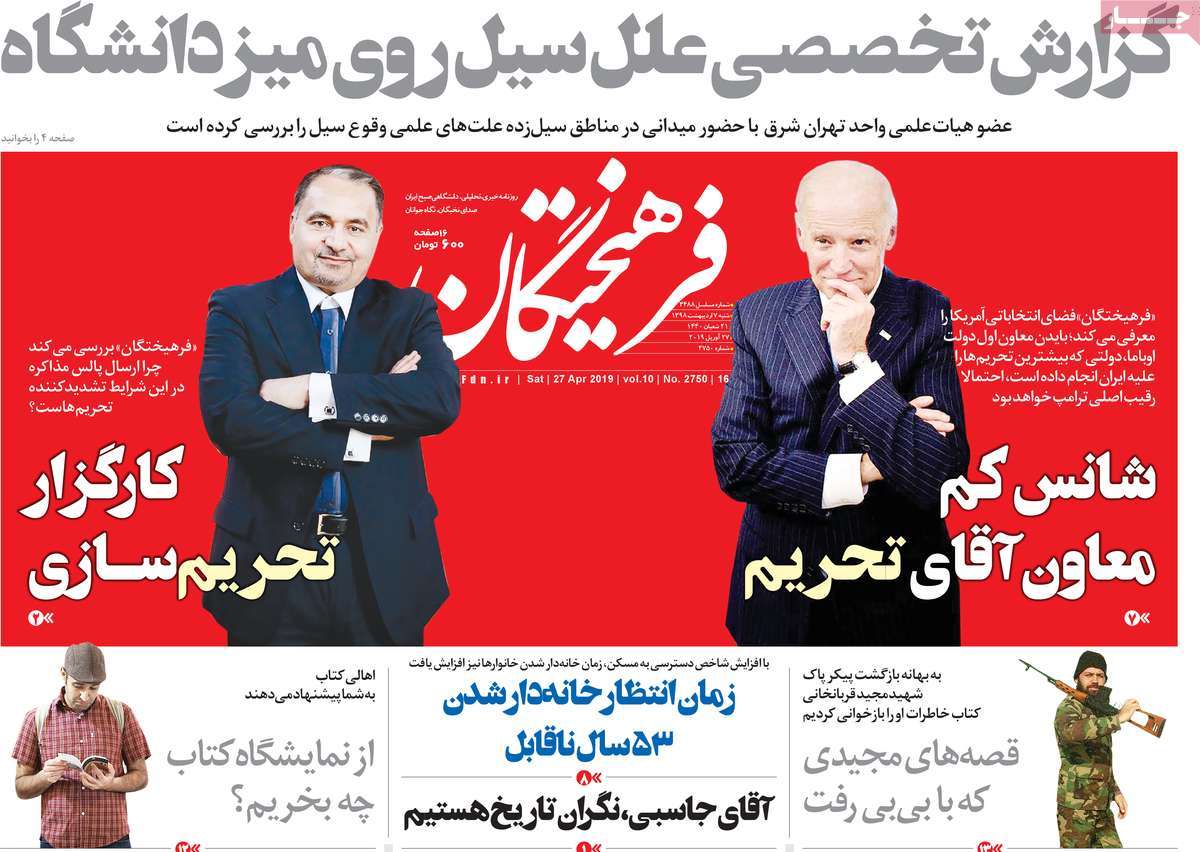 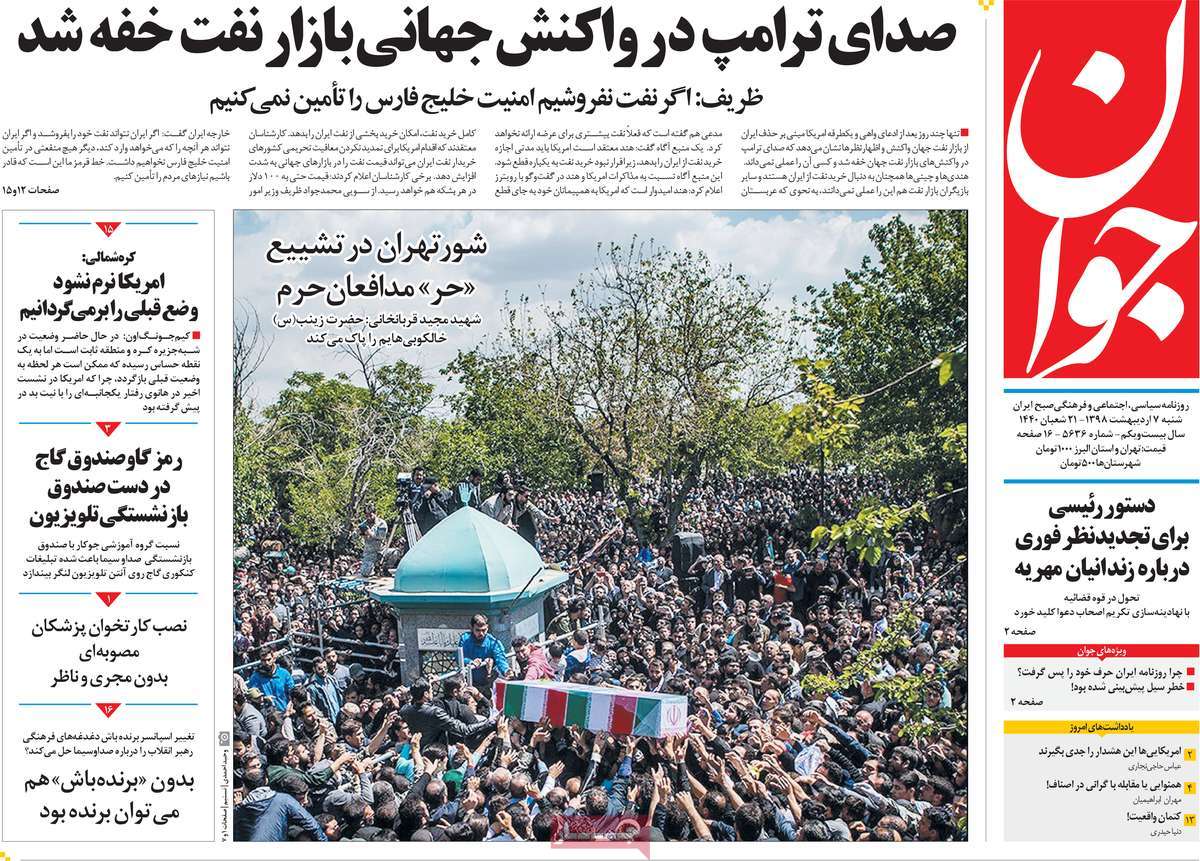 3- US, UK Seeking One-Sided Release of Their Spies in Iran 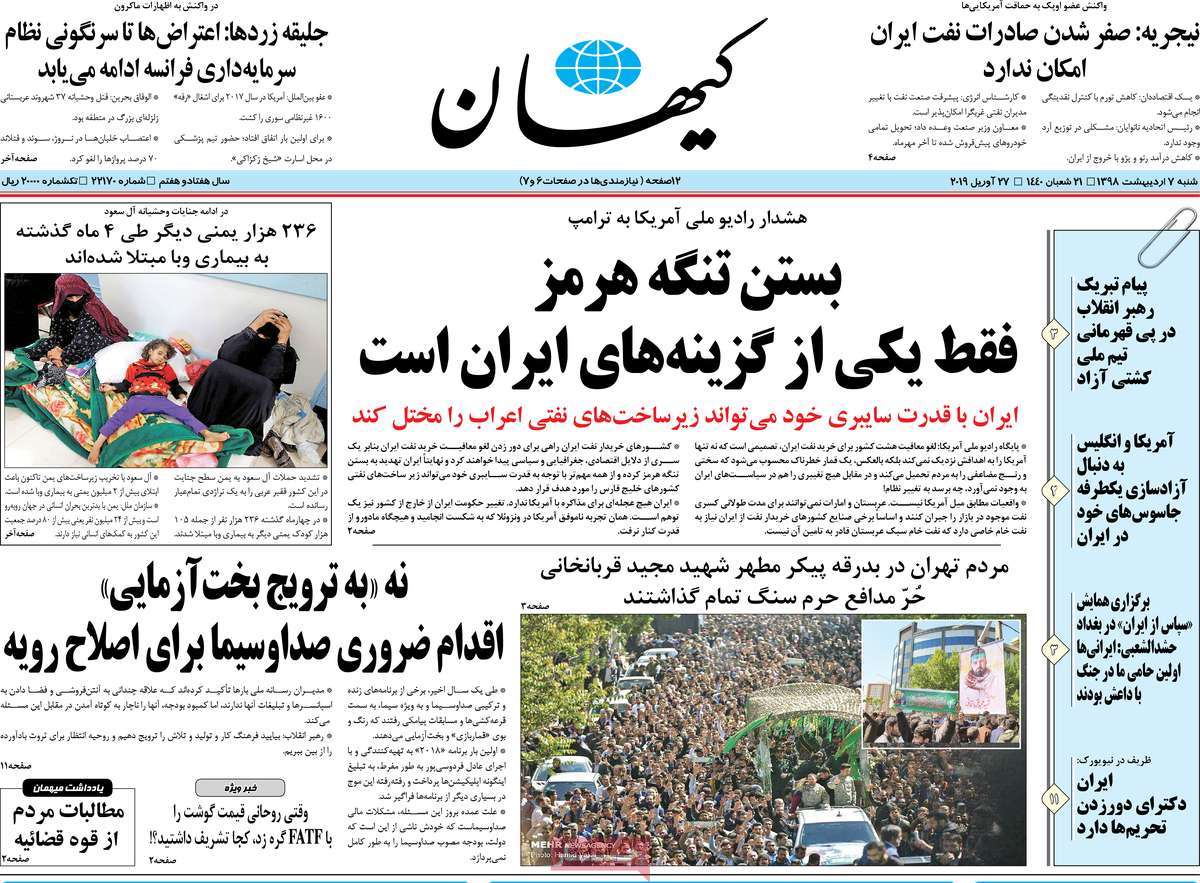 2- Over 10 Parts of Tehran in Danger of Flood 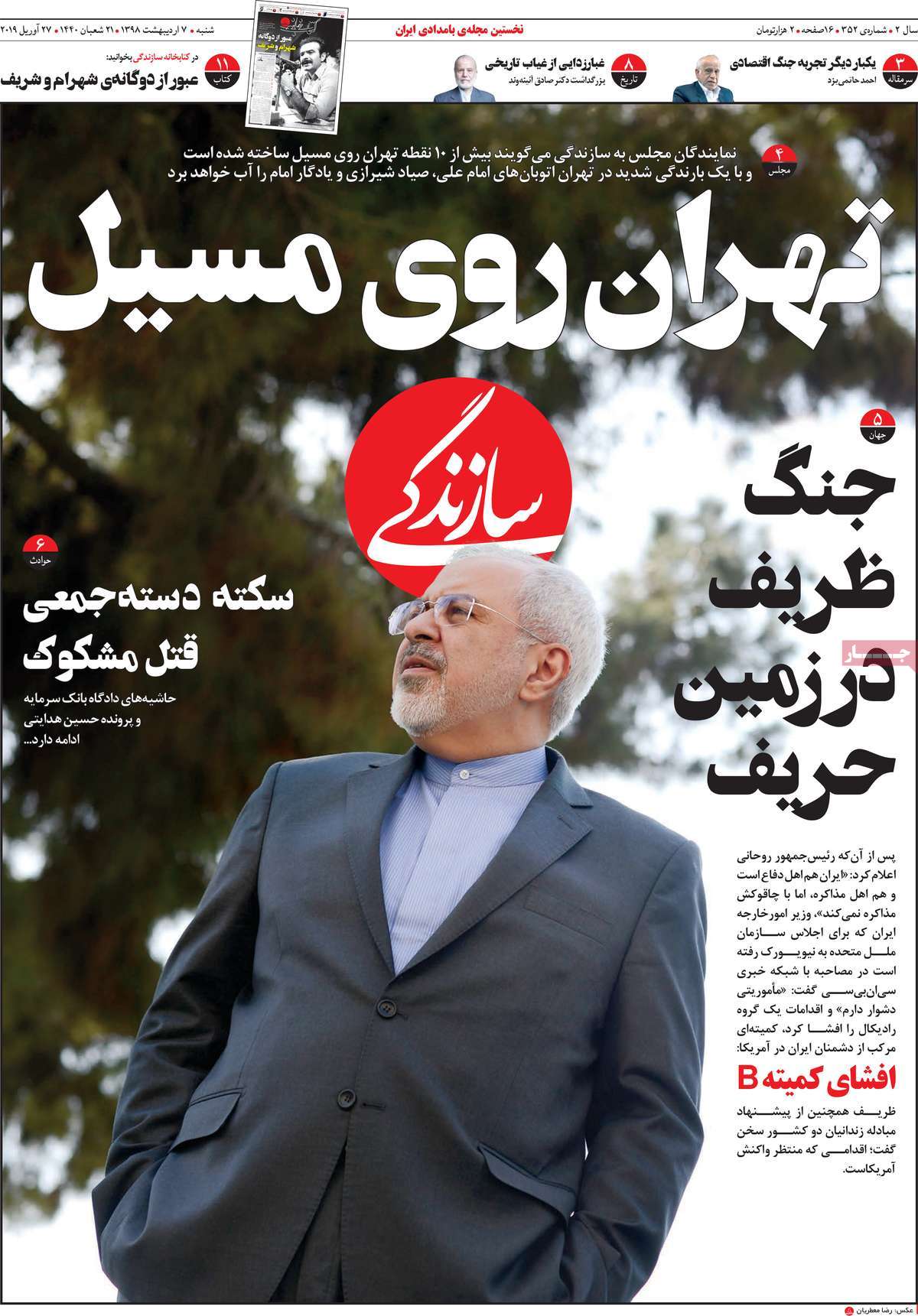 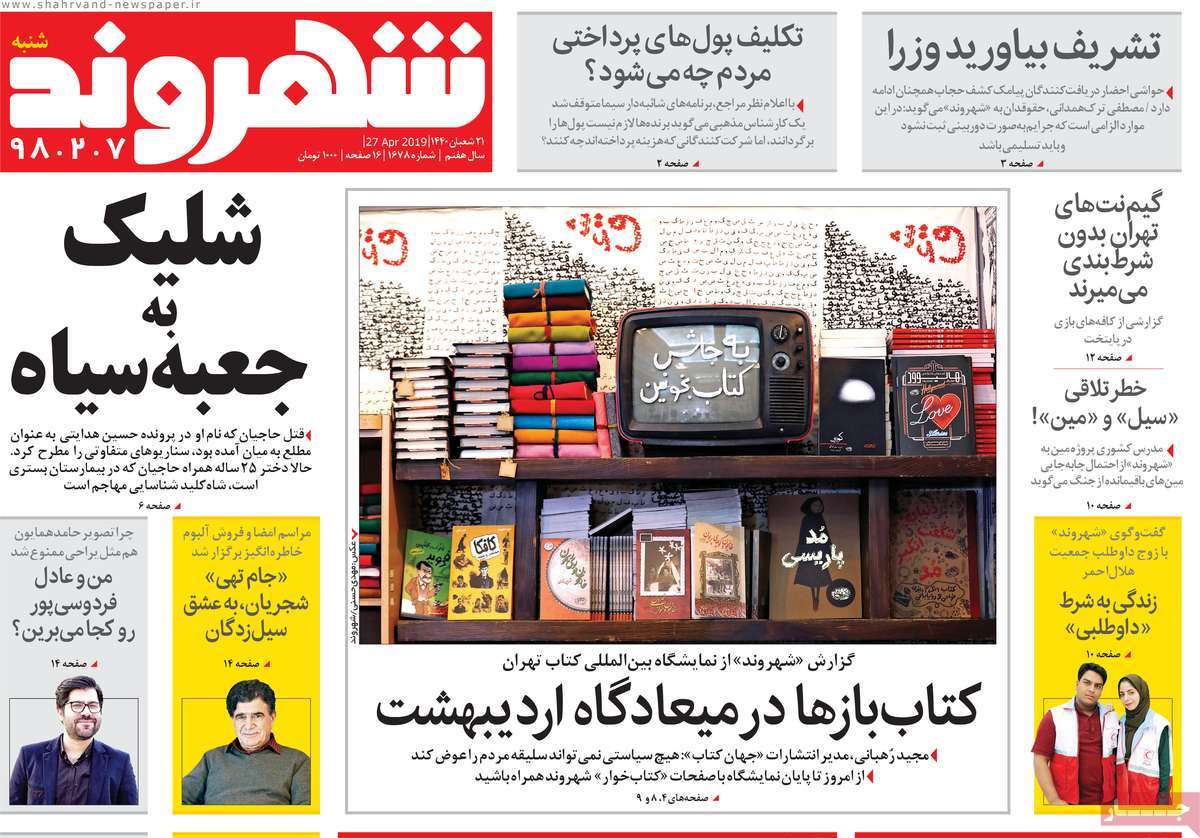 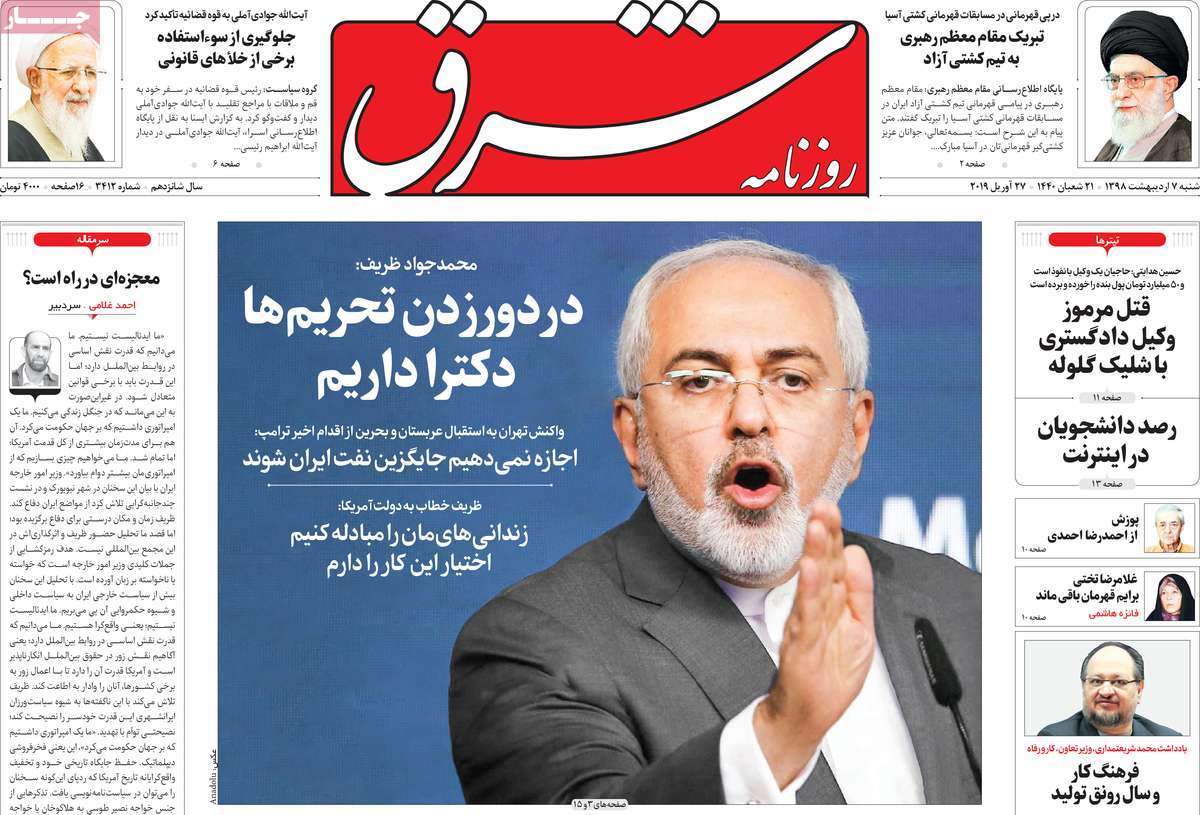 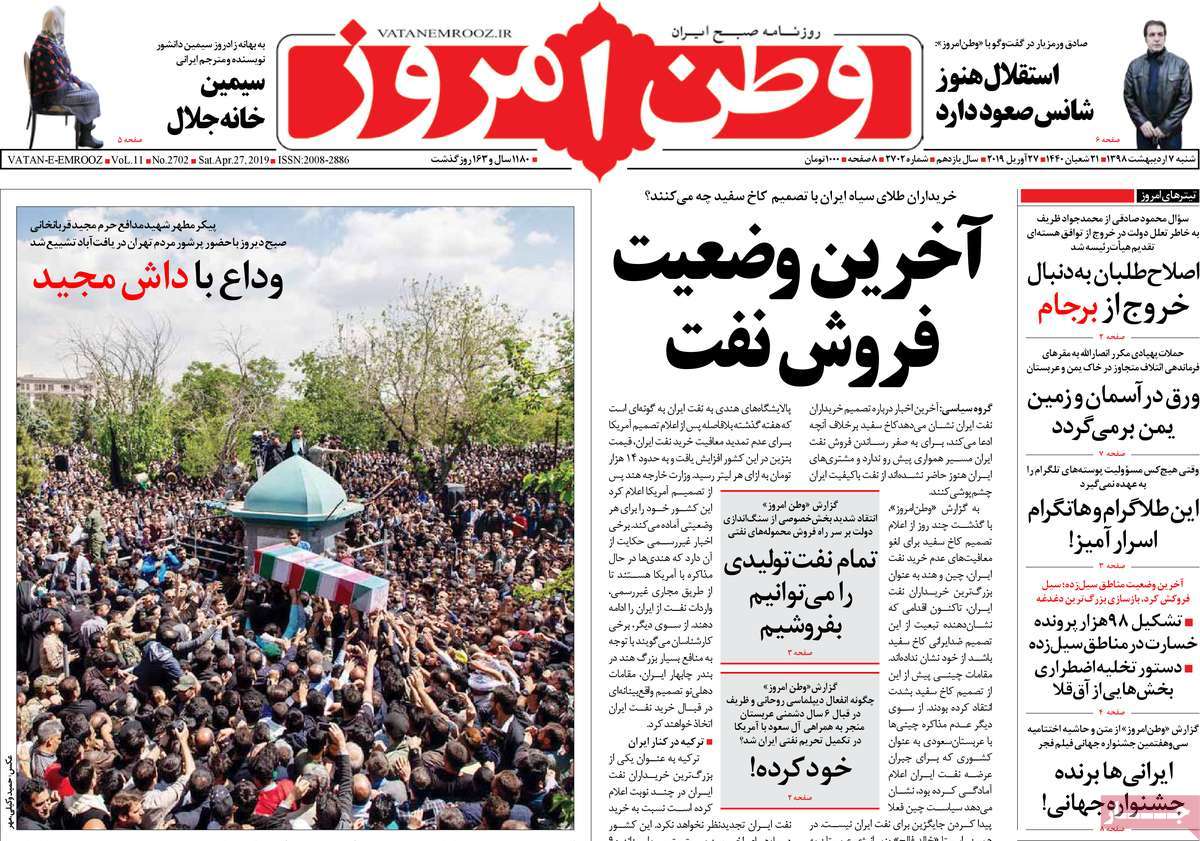