A look at Iranian newspaper front pages on April 16

Comment by President Hassan Rouhani that Iran does not care about what the US Congress has decided on a nuclear deal between Iran and P5+1 and that sanctions should be removed once the nuclear deal is struck dominated the front-page headlines in Iranian newspapers on Thursday. Also on the cover of the Iranian dailies were remarks by the chairman of the Expediency Council in reaction to a new media blitz against him.

Afarinesh: “Nuclear talks should end with the announcement of an end to unjust sanctions [against Iran],” said the president in Rasht, northern Iran. 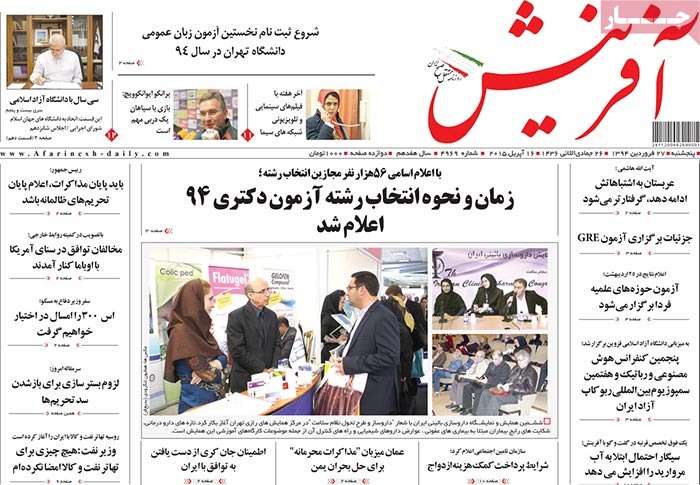 Afkar: The water reserves of Tehran are still far from normal despite the recent rainfall in the capital. 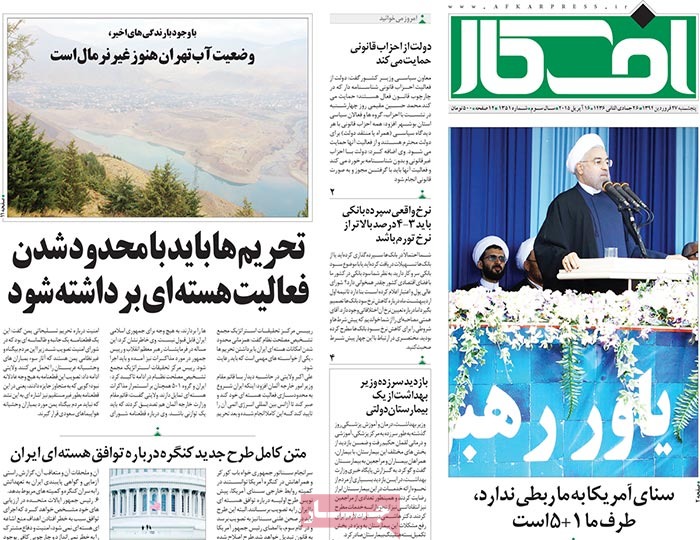 Aftab-e Yazd: “Reports on sexual harassment of two Iranian teenagers [in a Saudi airport] are far from correct,” said the Supreme Leader’s representative for Hajj affairs. 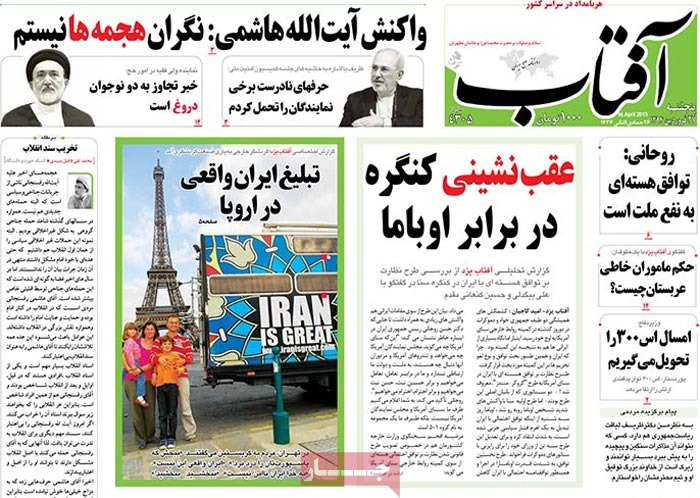 Arman-e Emrooz: If Saudi Arabia goes ahead with its mistakes, it will get mired deeper in the quagmire of [looming] troubles.

Chairman of the Expediency Council Ayatollah Akbar Hashemi Rafsanjani made the remark in reaction to Saudi airstrikes in Yemen. 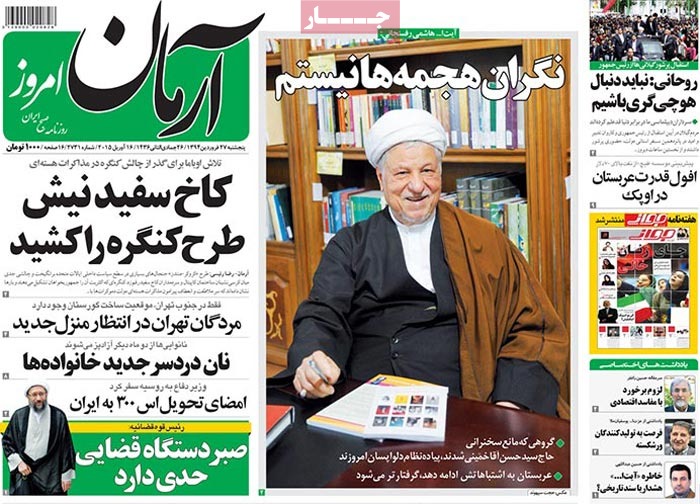 Asrar: “Iran is dealing with the US government,” said Foreign Ministry Spokeswoman Marzieh Afkham in reaction to legislation passed unanimously by the US Senate Foreign Relations Committee on Tuesday giving Congress power to review a nuclear deal with Iran. Ebtekar: An option on the table for the Nobel [Peace] Prize

The Iranian president once again reiterated that conclusion of a nuclear deal [at the end of nuclear talks] should mark the beginning of removing all sanctions against Iran.

Ebtekar: “I am not worried”.

Ayatollah Hashemi Rafsanjani said in reaction to a new media blitz against him. 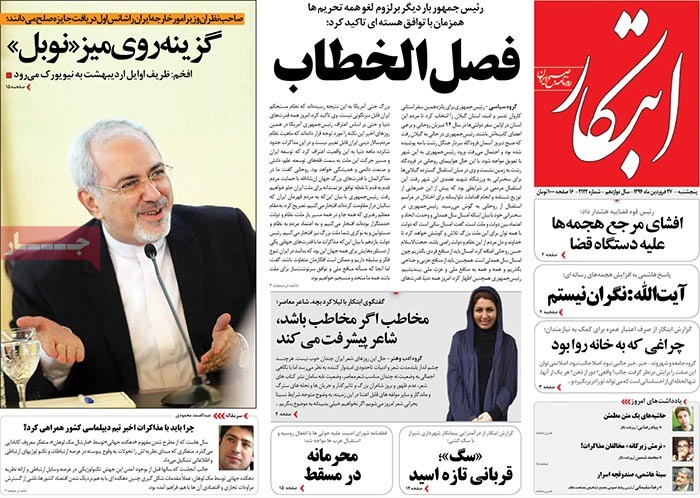 Etemad: The puzzle of Carlos Queiroz

The daily unveils, for the first time, the draft contract of the head coach of the national Iranian soccer team. 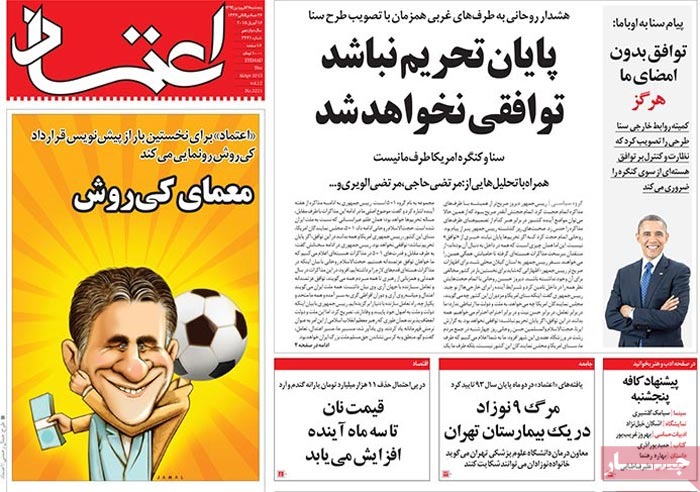 Ettela’at: “We have chosen interaction, not confrontation, with the world,” President Rouhani told a crowd of locals in Gilan Province.

Ettela’at: “The international community has a more positive view on Iran,” said President of Spain’s Congress of Deputies Jesus Posada in a meeting with the Iranian foreign minister. 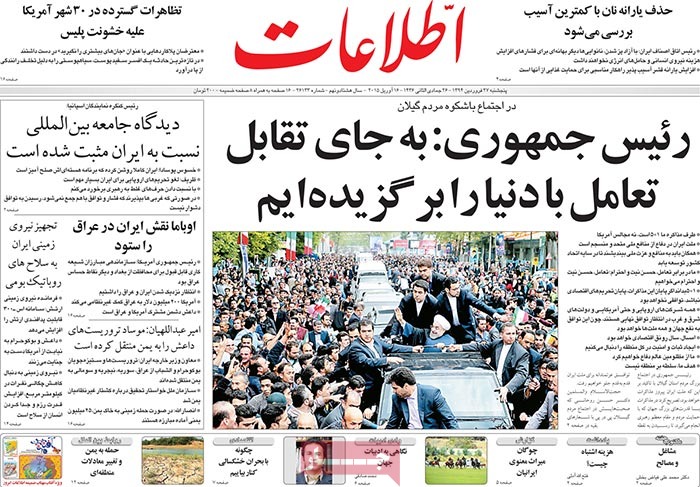 Hemayat: Judiciary Chief Ayatollah Sadegh Amoli Larijani has sounded a warning against seditionist acts which stand in the way of [enforcing] the law. 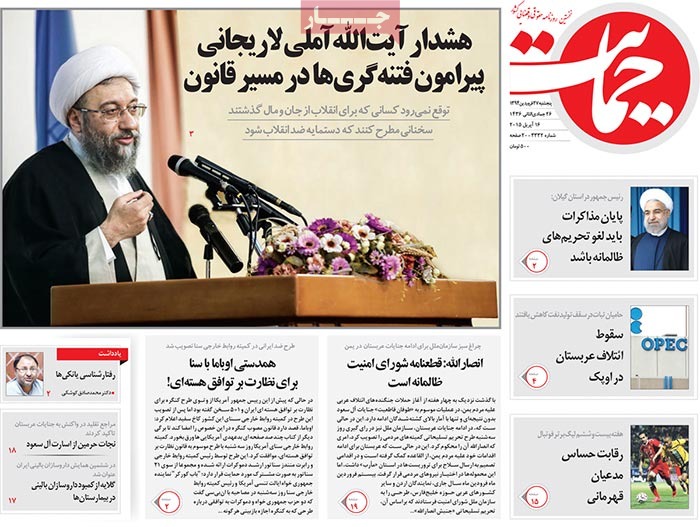 Iran: “P5+1, not [the US] Congress, is the one we are talking to,” said President Rouhani in Gilan Province. 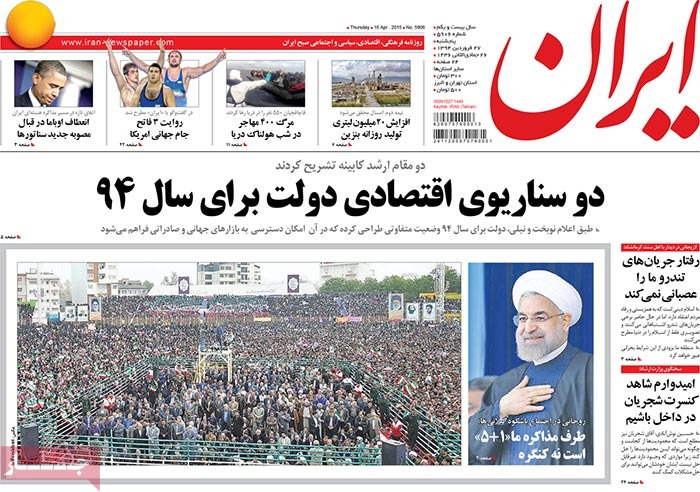 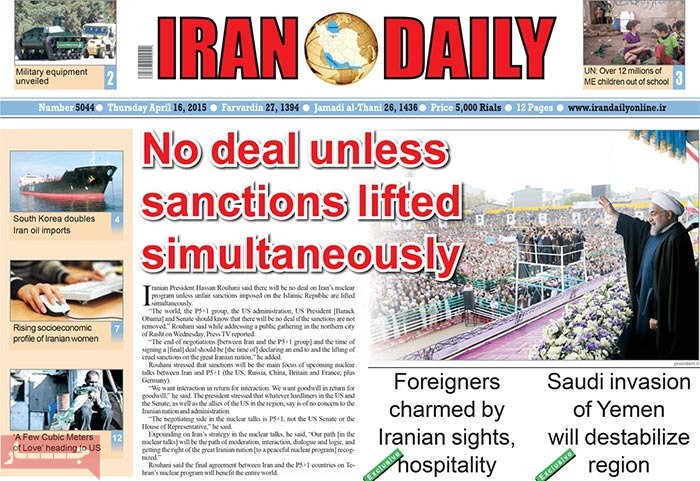 Kayhan: The House of Saud under the illusion of dominating the region; yesterday with petrodollars, today with bombs

President Rouhani made the remark in a gathering of locals in northern Iran.

Kayhan: “Carmakers have raised prices with the government support,” said a member of the Competition Council. 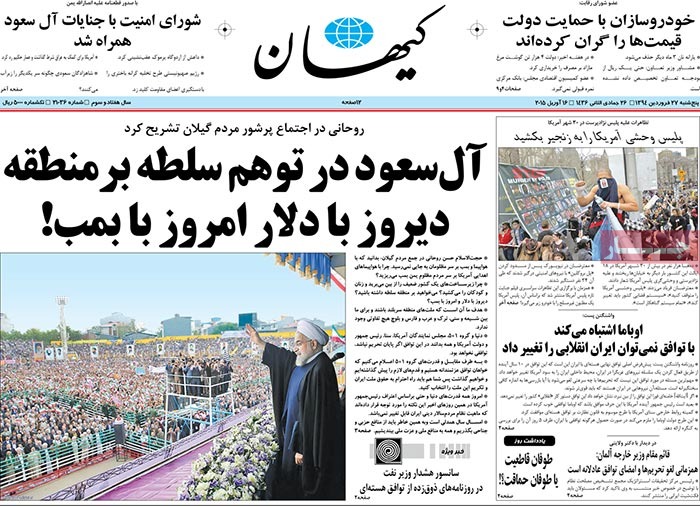 Resalat: “The House of Saud should not be the custodian of the Land of [divine] Revelation,” said Grand Ayatollah Abdollah Javadi Amoli. 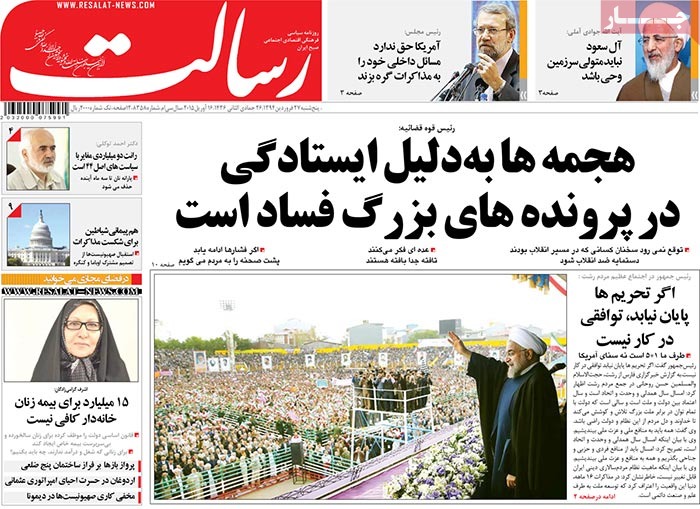 Sharq: The Expediency Council chairman has said that he is not concerned about the media hype [targeting him], adding that extremist currents feel more concerned in such circumstances. 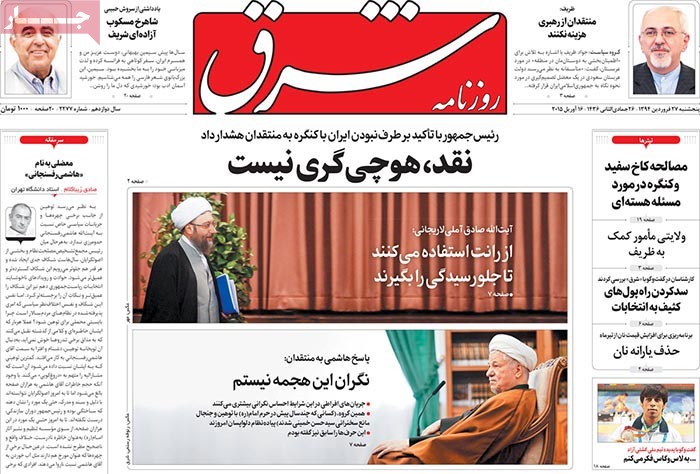