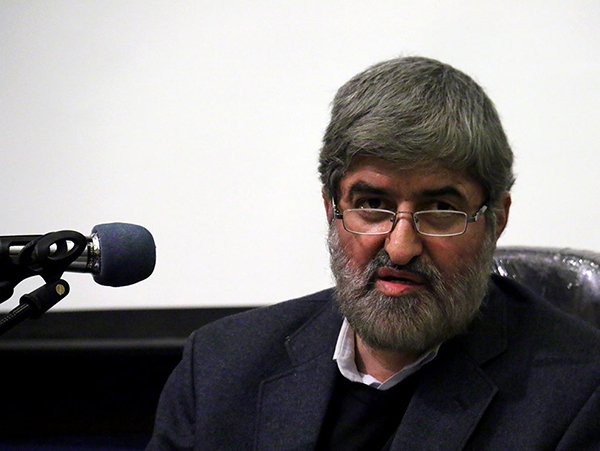 While reformist and moderate newspapers as well as President Rouhani and the majority of Iranian Parliament harshly criticized the recent cancellation of the outspoken MP Ali Motahari’s speech in Mashhad, major conservative newspapers have held a different view of the incident.

Vice-Speaker of Iranian Parliament Ali Motahari was due to deliver a speech in Mashhad on Sunday morning, but it was called off based on an order by provincial prosecutor.

According to media reports translated by IFP, although the cancellation immediately led to widespread reactions by the government and the Parliament, leading conservative newspapers have protested that why the country’s serious problems like economic downturn are not dealt with in such a speed.

Kayhan newspaper wrote in its Tuesday article, “While the country is gripped by major problems like air pollution, unemployment, economic downturn, and astronomical salaries, and a few months are only left of the government’s term, what is the purpose behind highlighting the cancellation of a speech?”

It further noted that if the government had a similar speed in showing reaction to other problems faced by Iranian people or the issue of astronomical salaries, many of them could be resolved so far.

Javan newspaper also wrote, “A review of reformist media shows they have just started using the cancellation of Motahari’s speech in Mashhad as a means of propaganda, and they are trying to take advantage of the issue.”

Following the controversy over Motahari’s speech, the Governor of Mashhad was dismissed; however, it was later announced that the decision to dismiss him had been taken a couple of days earlier.

Javan referred to the issue, and said that “reformist media were trying to make a connection between the dismissal and Motahari’s case in an effort to imply that the government has fired the Governor in an act of protest (or let’s say in a move to attract more votes in the upcoming elections).”