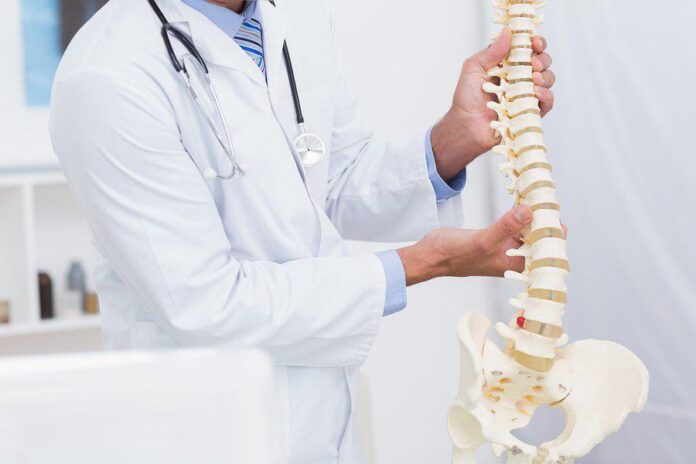 Minimally invasive spine surgeries are conducted with 90% success in Iran thanks to the development of a new method.

Dr Farnad Imani, a disabled war veteran, has pushed up Iran’s ranking to the first place in the Middle East and the sixth spot in the world when it comes to the treatment of spinal cord injuries through minimally invasive surgeries.

Subspecialist Imani, 46, became 70% disabled during the eight-year war imposed by Iraq on Iran back in 1982 when he sustained injuries to his head and face.

He was only 14 years old at the time. He has undergone cosmetic surgeries for 17 times so far. Half of his face is prosthetic. His right eye is prosthetic and his left eye has been hit with shrapnel. Still, he remains so determined.

Dr Imani has devised a method to perform operations on patients’ spines without any need for anaesthesia or open surgery. In the past, it would be difficult to perform such surgeries, especially on old patients. Generally speaking, such operations would require between 3 to 5 hours as general anaesthesia needed to be administered and rather large incisions needed to be made. The patient needed to remain in hospital for around 3 to 4 days, and required absolute rest for more than one and a half months together with physiotherapy treatment.

However, in the non-invasive method, the patient is discharged from hospital after a few hours and bounces back after one week. Even during the operation, the patient is able to talk consciously and does not feel any pain.

Dr Imani recently performed an operation on the neck and spinal cord of a European official’s baby.

In the method he has devised, says Dr Imani, the extent of damage to tissues is much less, and the chances of success are much higher. The time that patients need to remain in hospital following the operation has reduced tremendously, and the complications during and after the surgery have reduced as well.

The operation used to cost between IRR 50 and 200 million, but it has dropped by 70 percent in the new method.