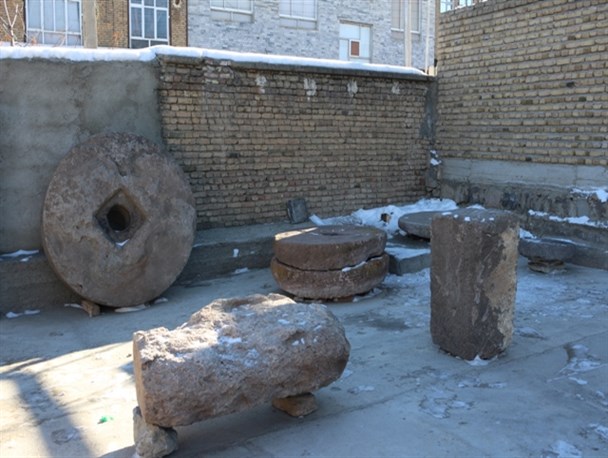 40 stone works dating back to 8,000 years ago have been discovered in Chaldoran, northwestern Iran.

“40 stone works dating back to more than 8,000 years ago have been discovered and collected in Chaldoran, northwestern Iran,” announced Moharram Abdollahpour, the Head of Iran’s Cultural Heritage, Handcrafts and Tourism Organization (ICHTO) office in Chaldoran.

“These stone works had been used in cooking, ranching, bathing, marking graves and building in Neolithic, pre-historic, Islamic and contemporary eras.”

“Such pieces as stony lion, capital, millstone, tombstone, quern-stone, laver and masher will be publicly displayed in Chaldoran ICHTO office,” he added.

According to a Farsi report by IRNA, Abdollahpour went on to say that there are more than 100 nationally registered monuments in Chaldoran. One of them, The Monastery of Saint Thaddeus, has been registered in UNESCO World Heritage List.

Chaldoran is named after a historic war between Iranian army led by Ismail I, Safavid king, and Ottoman forces of Suleiman I in August 1514; in which the low-numbered Iranians were defeated by the large, well-equipped Ottoman army.

Here are photos of the relics released by various news agencies: