At least six million foreign tourists have visited Iran in the first nine months of the current Persian year, said Ali-Asghar Mounesan, the head of Iran's Cultural Heritage, Handicrafts and Tourism Organization (ICHTO), predicting that the figure would increase to 7 million by the year-end.

Speaking to reporters on the sidelines of the 12th Tehran International Tourism Exhibition on Tuesday, Mounesan predicted that by the end of the current Persian year (March 20), nearly seven million foreign tourists will visit Iran.

“Iran enjoys various tourist attractions along with its unique historical sites as well as warm hospitality of its people. Meanwhile, through holding various international tourism exhibitions, the Islamic Republic has managed to attract a growing number of tourists,” he was quoted as saying in a report by the Cultural Heritage and Tourism News (CHTN) website.

He went on to say that fortunately, the number of foreign tourists visiting Iran has increased significantly compared with the same period last year.

Tourism, in addition to economic functions, has other social and cultural functions which can lead to further cultural exchanges among the cultures, Mounesan said.

He also predicted a promising future for Iran’s tourism industry.

The Iranian vice-president said today a growing number of investors are expressing their interest in investing in Iran’s tourism industry. 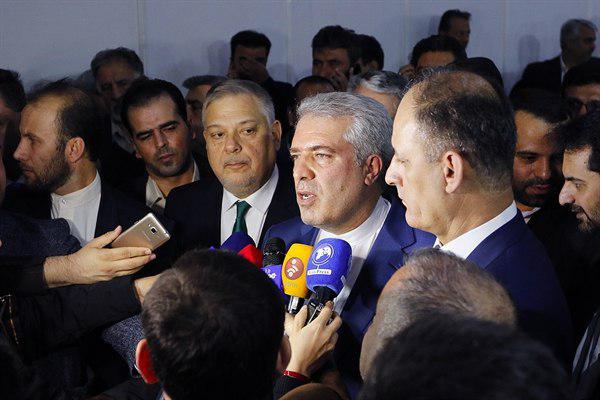 “So far, two thousand projects worth millions of dollars have been launched in Iran by private firms active in the tourism industry,” he said.

Mounesan cited the huge investments as a sign of a promising future for the industry in Iran.

During his visit to the Tehran International Tourism Exhibition, Mounesan was accompanied by Iraq’s Culture and Tourism minister.

The two officials made a tour of various sections of the exhibition and held talks with the delegates from private companies active in tourism industry.