4,000-Year-Old Skeletons of Mother, Infant on Show in Iran 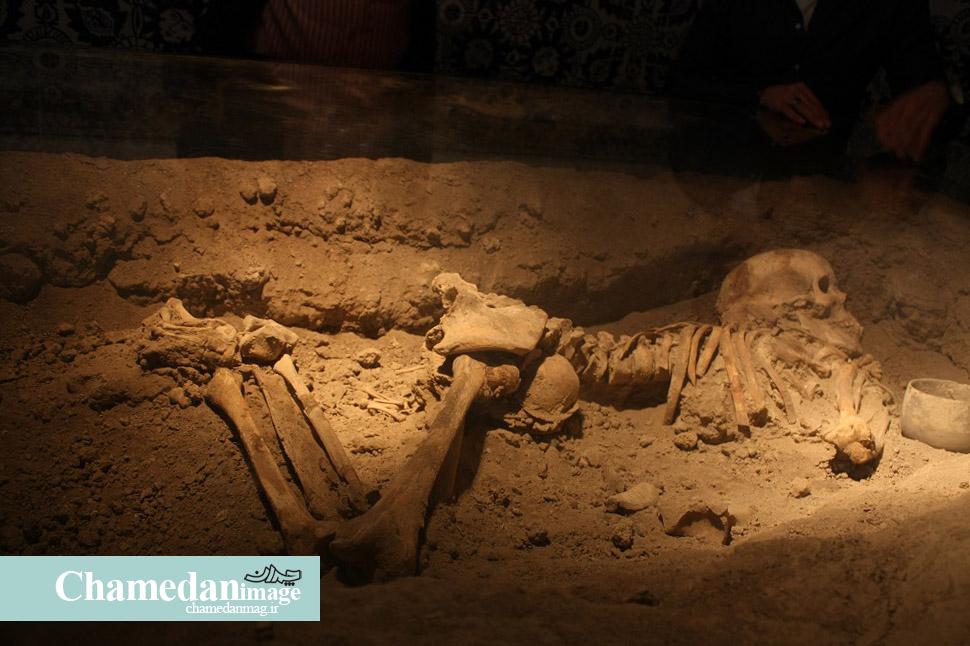 The intact skeletons of a mother and her infant dating back to 4,000 years ago are on display at a museum in the eastern Iranian province Semnan.

The relic belongs to a mother who died while giving birth to her baby. The skeleton dates back to the 2nd millennium BCE. It was unearthed in archaeological excavations on a hill in the provincial town of Moghan in 1995. The grave containing the mother and baby has been fully moved to the Semnan museum.

The unique skeletons are the only intact ones kept in the Iranian museum. The place where the skeleton was dug out contains some salt and does not have much humidity, and that is why the relic has not been damaged even after 4,000 years, a Farsi report by ISNA said.

The mother, estimated to have been 17-20 years old, died while delivering her baby. The cause of the death was probably the small size of her pelvis, say experts. The baby was born leg-first, and as the mother’s pelvis was too small, she lost her life during the delivery. The bones of the baby’s arms and legs were found on the ground next to the mother’s skeleton.

Experts say the mother was buried “infant-style,” so that her head faced the East where the sun rises. This method of burying was common practice in the Mithraism rituals. So, it seems the woman was a follower of the Mithraism faith in which they worshiped the sun.

Moreover, the woman has a bracelet and a ring on her hand. In Mithraism, it was customary to bury women with their jewelry, and men with their tools of work as well as weapons of war.

The area where the body was found is known as the Hesar Hill of Damghan. Located three kilometres southeast of Damghan, It is one of the most important historical sites in Semnan province and in Iran. The civilisation found there dates back to the first to fourth millennia BCE.

What follows are Chamedan’s photos of the skeletons: