300 Dogs in the Arms of Kindness and Support 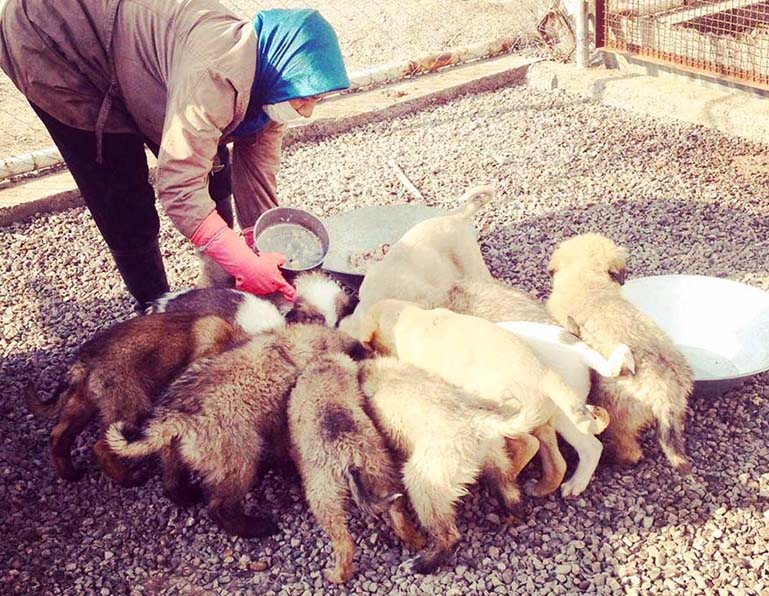 Nearly 300 homeless and ownerless dogs are being looked after by Sar Animal Support Centre in Zanjan.

For some time now, a centre called Sar Animal Support Centre has been running on the outskirts of the city of Zanjan, providing a safe and peaceful environment far from suffering, hunger and disease. It was founded by Sara Fourghani, who is originally from Iran but now lives in Germany.

Zahra Fatehi, Saeidieh Norouzi and Zahra Shahbazi have kept this place open for the past year and a half however they could, with funding coming from Sara Fourghani, in order to prove to people and the authorities that killing is not the best way to rid the human environment of stray dogs.

The manager of the centre said, “Keeping and rehabilitating these homeless dogs, regardless of their breed and type, has reduced the threats and harm done to these animals.”

Zahra Fatehi, in an interview with an IRNA journalist, said, “Every month, we spend nearly $2,300 on caring for these dogs, including nutrition, medicine, labour costs, veterinary fees, and operations and sterilization.”

Mentioning that the area of the centre was about 5000m2, she continued, “This fully enclosed centre has its own surgery, with the idea of controlling the population of stray dogs, where they can be sterilized, and visited by the vet once or twice a week.”

“There is another dog shelter near the Zanjan-Bijar road, which has played an effective role in controlling the homeless dog population around the city,” she said. “However, we are facing some financial difficulties.”

The head of the Zanjan Province Environment Protection Unit said, “Collecting and looking after stray dogs in safe and secure places is a worthy and valuable job. Also, we should realize that by sterilizing the strays, we can control their population. Centres like this can receive assistance from the municipality in collecting these dogs alive.”