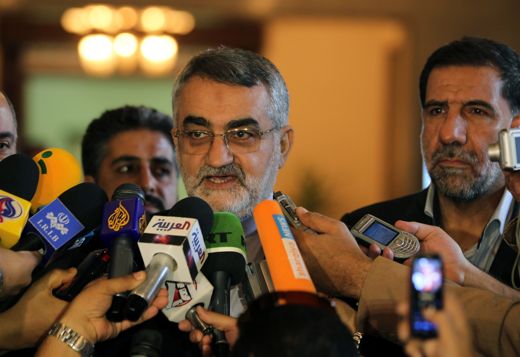 Over 30 countries are due to send their representatives to Iran to participate in a conference on the Syrian crisis, a senior lawmaker announced on Saturday.

“The presence of over 30 countries in the second conference (of chairpersons of the national security and foreign policy commissions of the parliaments of those countries which have friendly relations with Syria) shows that many other countries have joined the peace caravan and many people support the Islamic Republic of Iran’s policies on the Syrian crisis,” Chairman of the Iranian parliament’s National Security and Foreign Policy Commission Alaeddin Boroujerdi told reporters one day before the start of the conference in Tehran.

“Most of the countries believe that the Syrian crisis only has a political solution and … the policy of strengthening terrorism pursued by the US and its allies has today turned into a serious and potential problem,” he added.

Elaborating on the situation in Syria, Boroujerdi underlined that as the government of President Bashar al-Assad gains growing power each day, certain changes are also made to the country’s constitution to make Syria more democratic, and “this means the failure of Washington’s policies”.

Iran held the first ‘Friends of Syria Conference’ in the presence of the chairpersons of the foreign policy commissions of Iran, Algiers, Iraq, Syria, Lebanon and Russia in March this year.

Resolutions of the Syrian crisis through diplomacy and immediate end to violation of human rights were the main topics of the first conference.

Venezuelan and Cuban ambassadors to Tehran were also present at the event.

Iranian officials have repeatedly underlined that Tehran is in favor of negotiations between the Syrian government and opposition groups to create stability in the Middle-Eastern country.

In November 2012, Iran hosted a meeting between the representatives of the Syrian government and opposition to encourage them to start talks to find a political solution to their problems. The National Dialogue Conference kicked off work in Tehran mid November with the motto of ‘No to Violence, Yes to Democracy”.

Syria has been the scene of deadly violence since March 2011. Over 130,000 people have reportedly been killed and millions displaced due to the crisis.

According to reports, the western powers and their regional allies – specially Qatar, Saudi Arabia, and Turkey – are supporting the militants operating inside Syria.