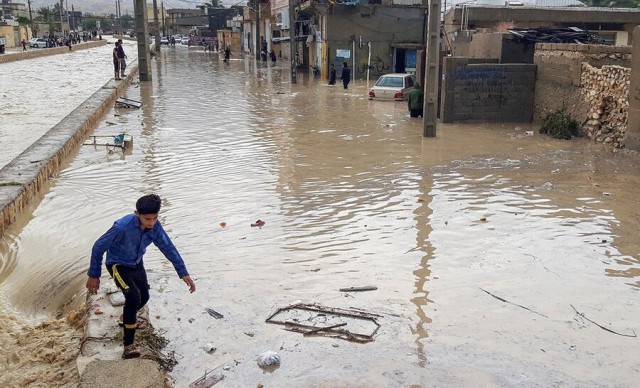 Flash floods in several provinces of Iran have killed at least 12 people and injured 17 others, medical authorities said.

The spokesperson for Iran’s Emergency Medical Service announced on Monday that flooding caused by torrential rains in several provinces has killed 12 people.

The spokesman also noted that 17 people have been injured in the floods and two others are still unaccounted for.

Swollen rivers caused by heavy spring rainfall have inundated residential areas in the cities and villages of provinces of Hormozgan, Fars, Bushehr, Qom, Gilan, Kerman, and Sistan and Baluchestan.

The Iranian Red Crescent Society (IRCS) and other organizations are carrying out rescue and relief operations in the flood-hit provinces.

Heavy rainfalls have forced the authorities in a number of cities to declare state of emergency and order the evacuation of people from residential areas.

Governor of the port city of Chabahar in southeast Iran said torrential rains over the past 24 hours have caused serious damages to the urban and rural infrastructures of the region.