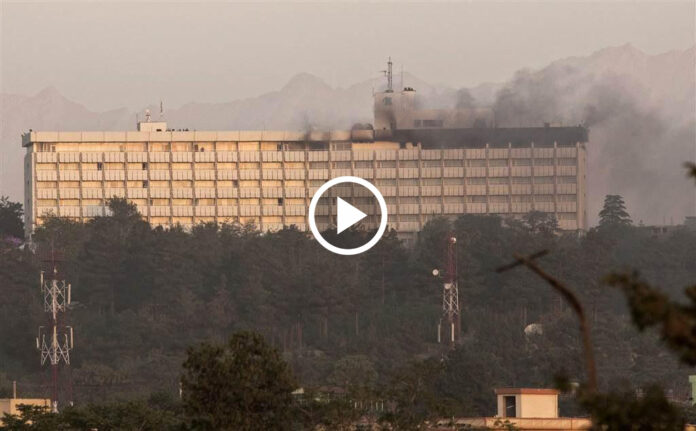 An overnight siege at Kabul’s Intercontinental Hotel was ended by Afghan Special Forces who killed the last gunman from a group of four attackers.

People could be seen shimmying down a makeshift rope from the top floor of the Intercontinental Hotel in Kabul on Sunday, which had been under siege for the past 12 hours.

The Afghan government has said that all four gunmen have now been killed and their hostages released.

six sivilians were reportedly killed and at least six others wounded in the attack, according to the Interior Ministry.

The clear-up operation is now underway, with Special Forces sweeping the area.

The Haqqani netwerk, an ally of the Taliban terrorists, has claimed responsibility for the attack.