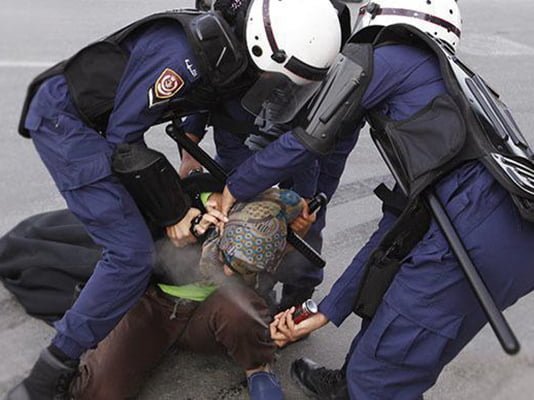 Around 1,000 freedom-seeking Bahraini women are behind bars in the Al-Khalifa regime’s prisons, the country’s main opposition party announced.

Bahrain’s Al-Wefaq party made the announcement in a statement marking National Women’s Day in Bahrain (December 1). The statement reads that some 994 women who demand the establishment of democracy, social justice and freedom in the country are currently in jail.

“Bahraini women have secured considerable achievements on different fronts, but the Al-Khalifa regime’s repressive and discriminatory measures are regarded as an impediment to the progress and innovation of Bahraini women,” the statement reads.

“These biased and discriminatory policies have kept thousands of women graduates from entering the job market and starting a career,” it added.

“Among other brutal actions by the Bahrain regime against women is to strip some mothers of their nationality without paying attention to the situation of their children,” it went on to say.

Bahraini people have been holding peaceful protest rallies regularly since February 2011, demanding that the Al-Khalifa family relinquish power and let a just system representing all Bahrainis be established.

They have also been complaining against widespread discrimination against the Shia majority in the country.

Manama has responded to the demonstrations with an iron fist. The authorities have detained rights campaigners, broken up major opposition political parties, revoked the nationality of several pro-democracy activists, and deported those left stateless.