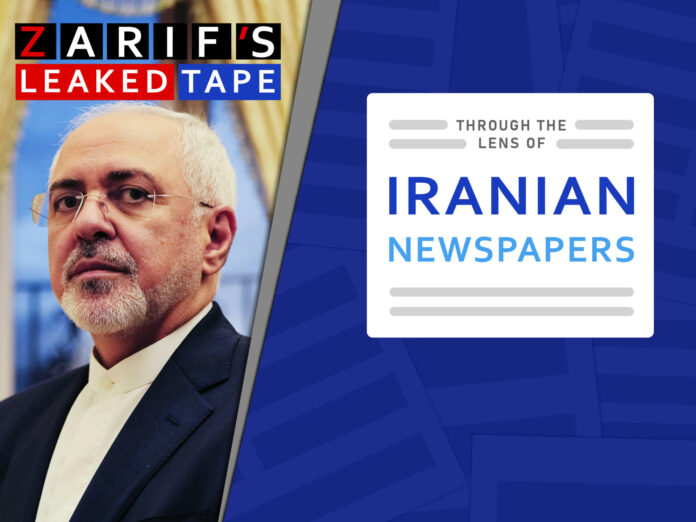 IFP has taken a look at the front pages of Iranian newspapers on Wednesday, April 28, 2021, and picked headlines from 13 of them. IFP has simply translated the headlines and does not vouch for their accuracy. 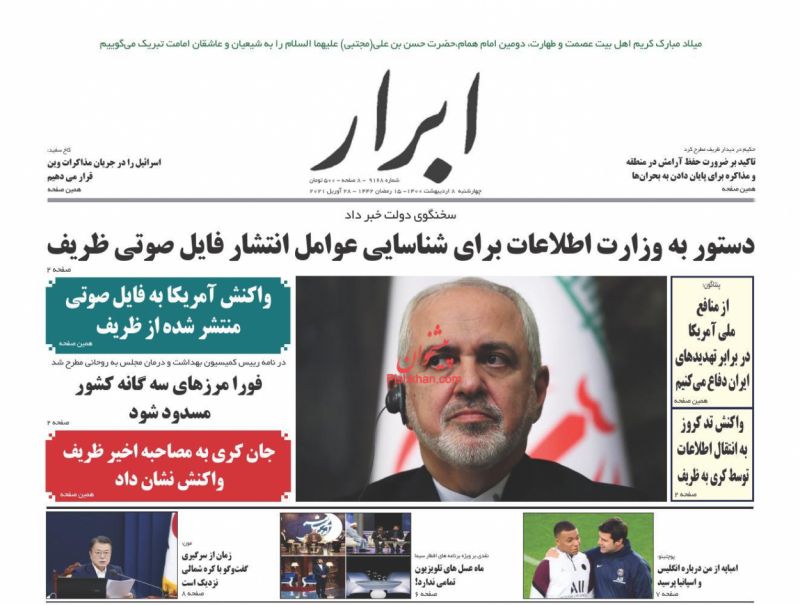 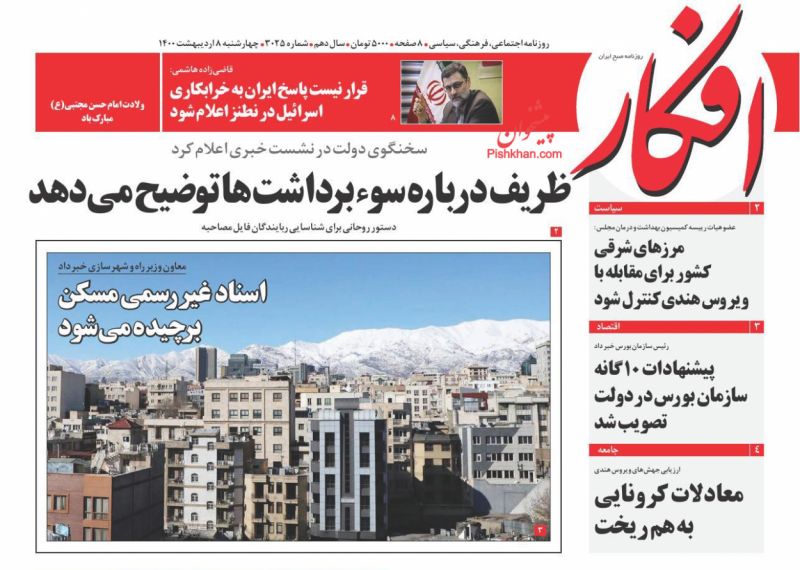 1- Judiciary Looking for Those Who Leaked Zarif’s Audio Tape 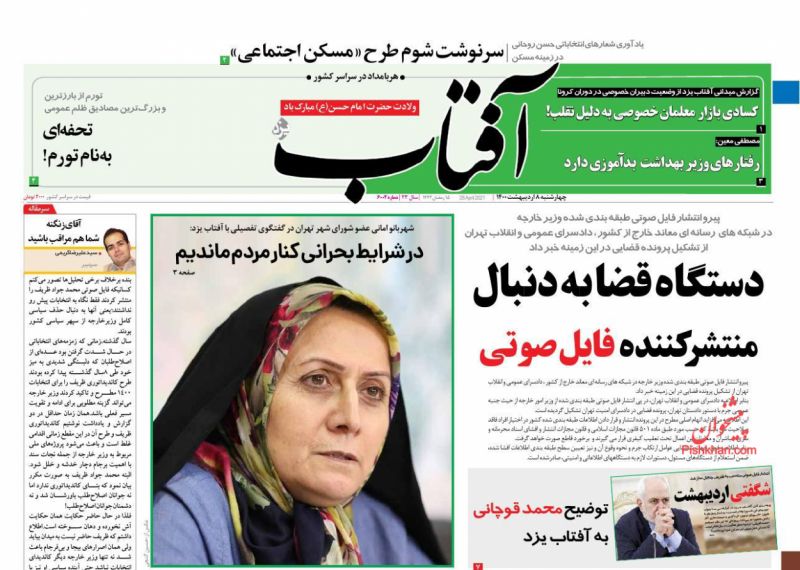 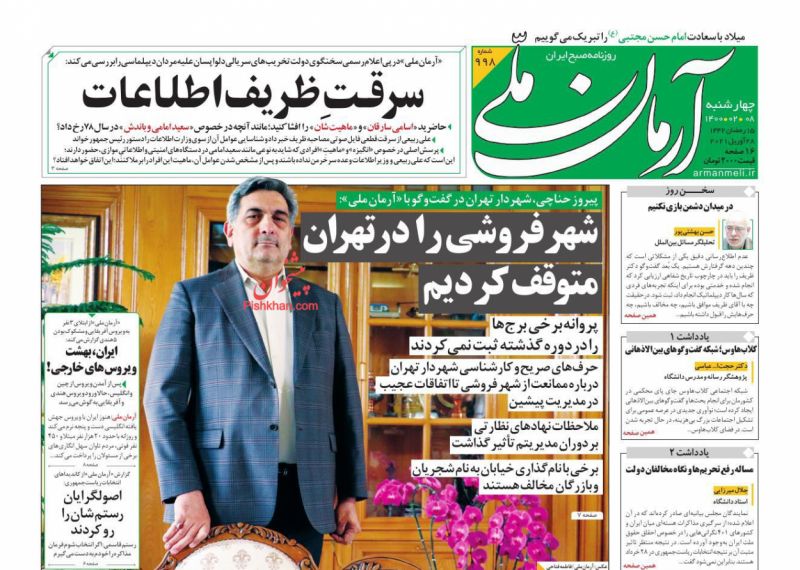 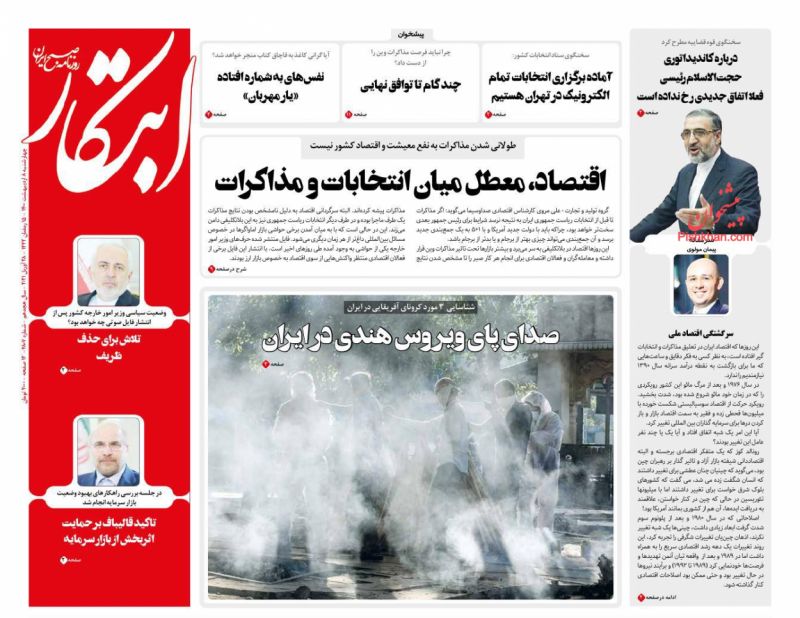 1- Who Has Stolen Zarif’s Interview Tape?

* Interviews with Ministers Were Recorded in Studio at Tehran’s Book Garden: Source 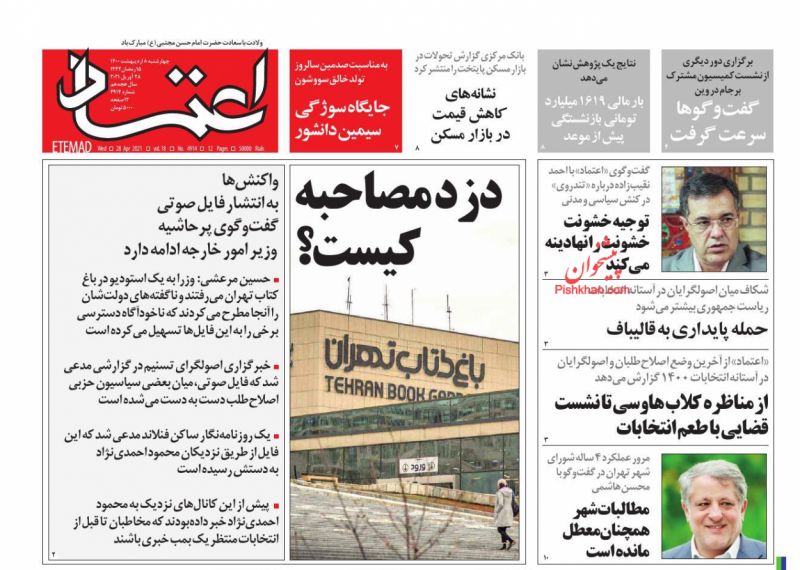 1- No One Can Doubt Zarif’s Obedience to Leader, Devotion to Soleimani: Spokesman 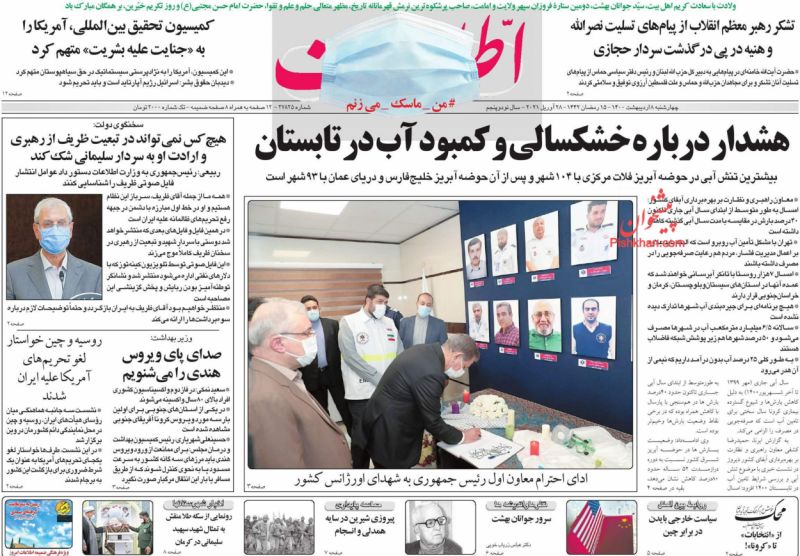 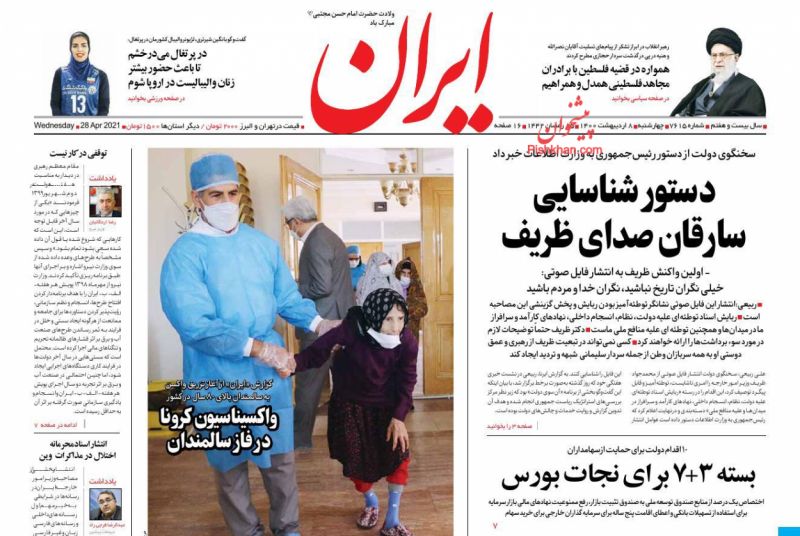 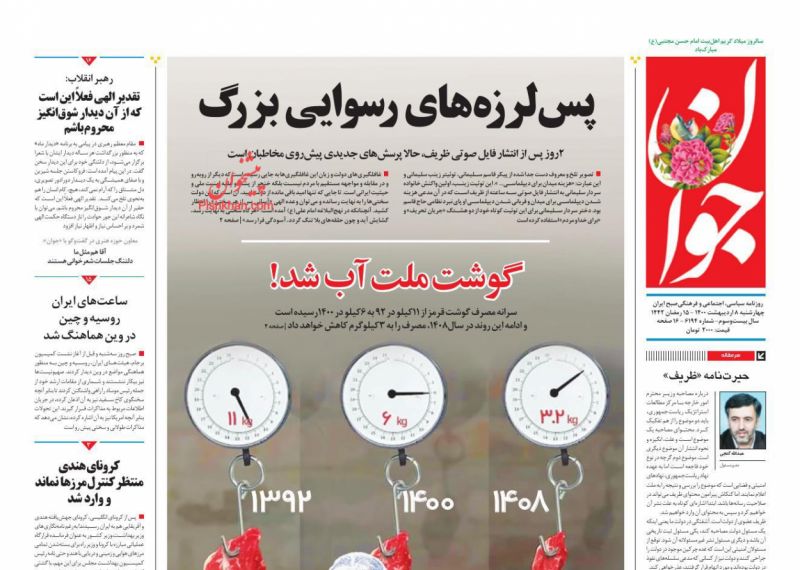 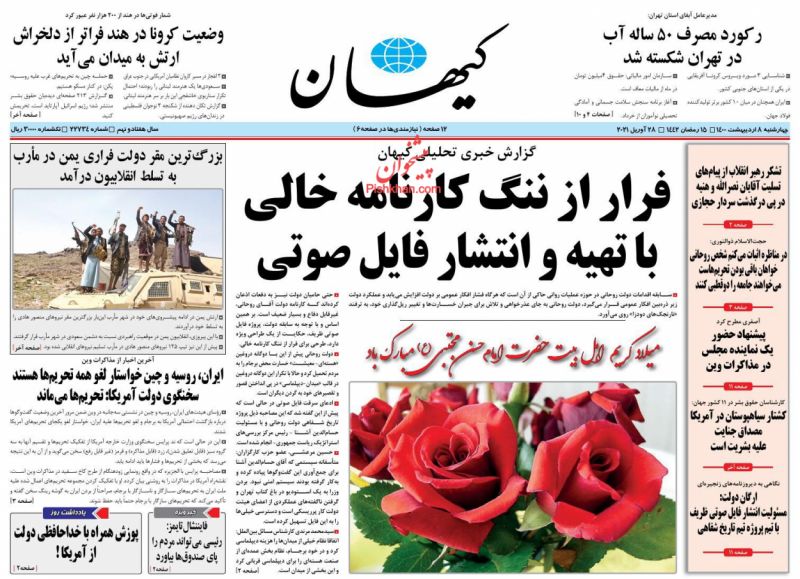 1- Looking for Those Behind Leaking Controversial Audio Tape 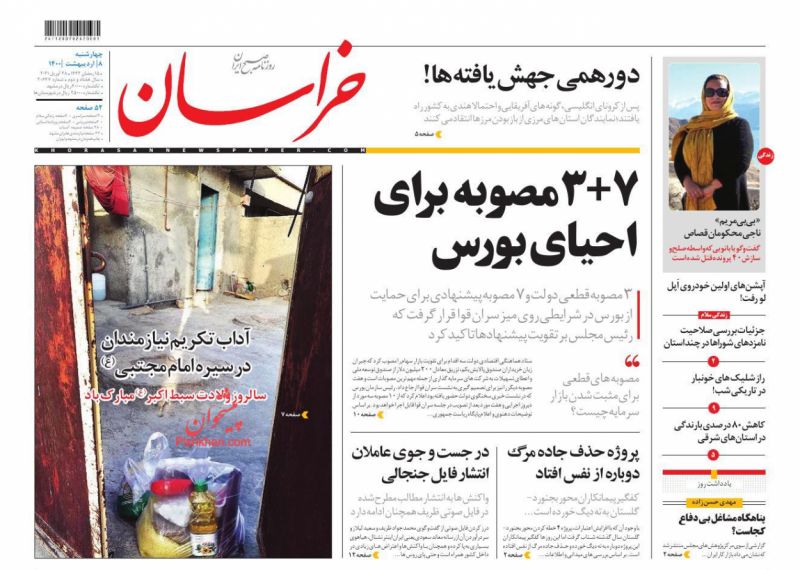 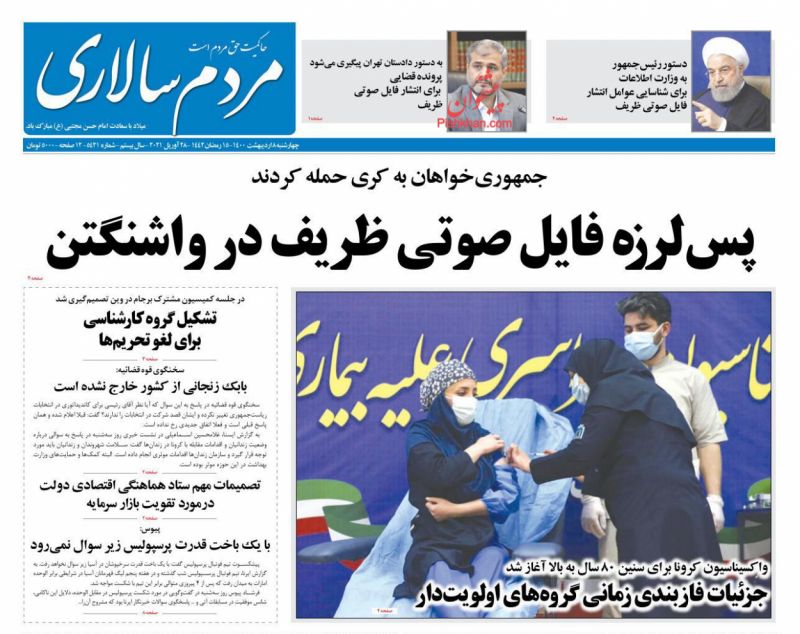 * Zarif, an International Diplomat and Politicians, Attacked Inside Iran with Political Intentions: Analyst 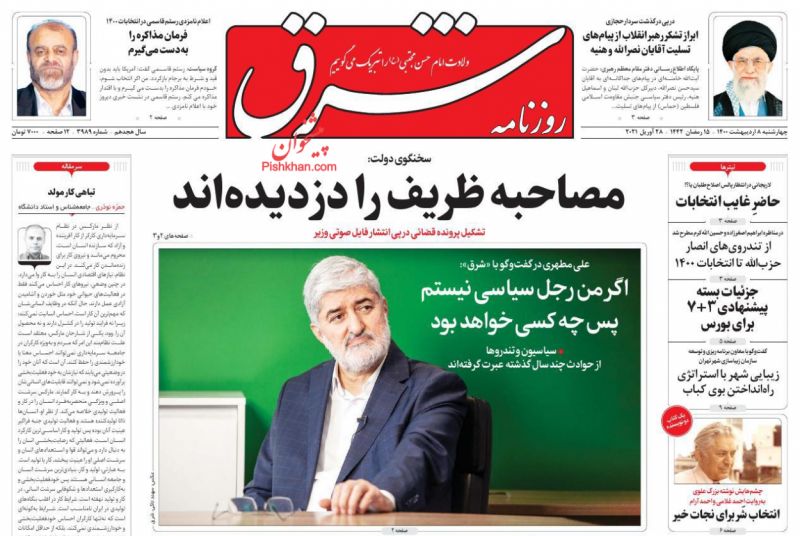