Zarif, Kerry to meet in Paris over Iran nuclear program 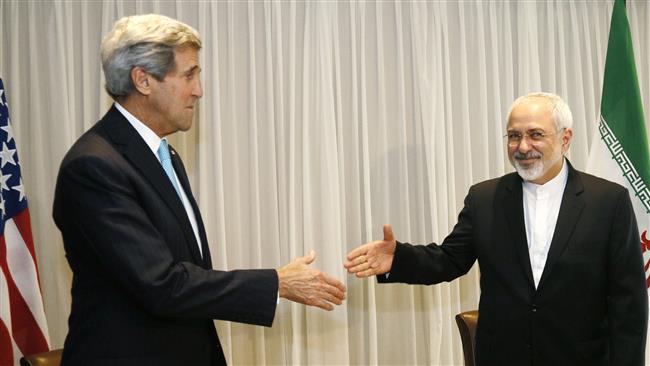 Iranian Foreign Minister Mohammad Javad Zarif and US Secretary of State John Kerry will meet in the French capital city of Paris.

According to a US official, Kerry and Zarif will meet in Paris on Friday in to discuss the ongoing Iran-P5+1 nuclear talks.

On Wednesday, Zarif and Kerry held three rounds of intense negotiations in Geneva to help speed up the ongoing negotiations between Iran and the P5+1 group – Russia, China, France, Britain, the US and Germany – over Tehran’s peaceful nuclear work.

The Iranian foreign minister is also scheduled to travel to the EU’s de facto capital, Brussels, as he steps up his diplomatic efforts to facilitate the achievement of a comprehensive deal aimed at ending the longstanding dispute over Tehran’s nuclear activities.

The meetings come as Tehran and its negotiating partners are set to kick off a fresh round of nuclear talks in Geneva on January 18.

Iran and the six states wrapped up their latest round of nuclear talks in Geneva on December 17, 2014, three weeks after they failed to reach a final agreement by a November 24 deadline despite making some progress.