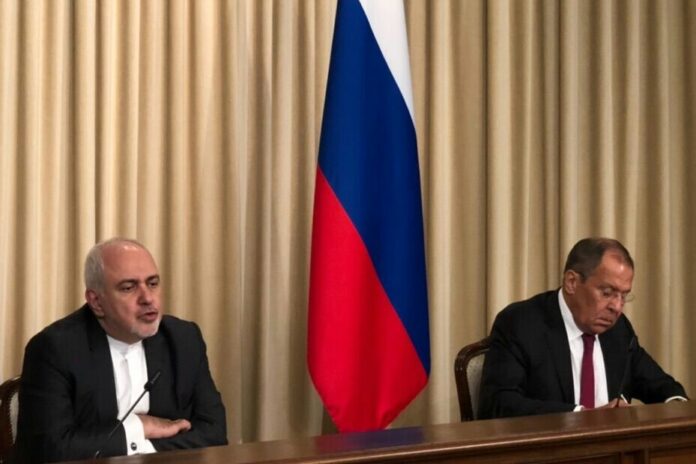 The cooperation between Iran and Russia not only serves their own interests, but also benefits the region and even the world, Iranian Foreign Minister Mohammad Javad Zarif said in Moscow.

Speaking at a joint press conference with his Russian counterpart on Monday, Zarif said, “The cooperation between Tehran and Moscow is inclusive, and will definitely benefit the two nations, the region, and the world.”

Zarif also highlighted the role that the Iran-Russia Joint Economic Commission has played in the expansion of relations between the two states, saying he is accompanied by Iran’s Energy Minister Reza Ardakanian, who would meet his Russian counterpart to discuss the ways to promote mutual cooperation.

“Our relations with Russia stand at an acceptable level, although the Americans have put obstacles in the way of them (Russians), Chinese and the other countries,” the Iranian foreign minister added.

Pointing to the efforts to save the 2015 nuclear deal, Zarif said Tehran will definitely take the third step in reducing its JCPOA commitments should the European parties to the deal fail to honor their commitments before a looming deadline.

Zarif also noted that a group of Iranian diplomats were in Paris to weigh up the three EU parties’ commitment to the JCPOA.

The top Iranian diplomat finally reiterated that Iran is ready to fully implement the JCPOA as soon as the UK, France, and Germany carry out the deal completely.

The 2015 deal between Iran and six world powers, reached when Trump’s predecessor Barack Obama was in office, was aimed to curb Iran’s disputed uranium enrichment program in exchange for the lifting of many international sanctions on Tehran.