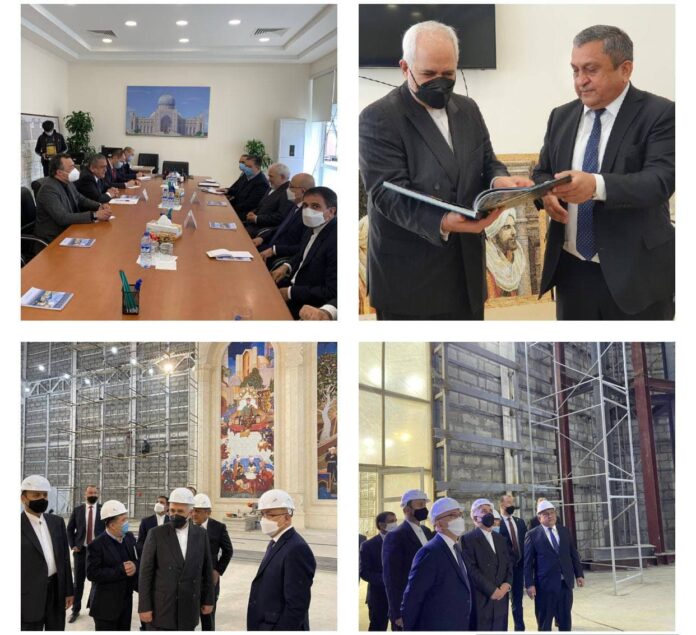 Iranian Foreign Minister Mohammad Javad Zarif has visited the Centre for Islamic Civilisation in the Uzbek capital of Tashkent during his trip to the Central Asian country.

In the Monday visit, Foreign Minister Zarif said the Uzbek president’s move to build this centre will make the youth more familiar with their noble values and history.

“This in turn increases reliance on Islamic beliefs, and is in line with the goal of confronting extremism and staying away from violent interpretations of Islam,” Zarif said.

At the beginning of the visit, the head of the Centre for Islamic Civilisation provided detailed explanations about the Centre, saying it has been established to maintain and promote Islamic works and to serve as a centre for Islamic researchers from across the world.

The Centre for Islamic Civilisation in Tashkent also includes a library rich in Islamic works.