World’s Most Expensive Scarf Is Made of Silk and Tar 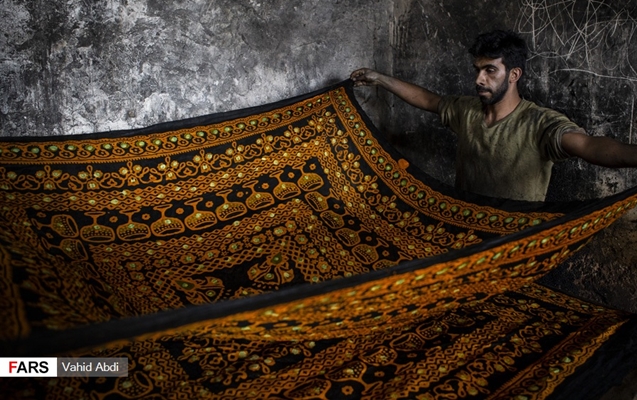 The world’s most expensive scarves are made of silk, tar, and oil in the town of Oskoo in the northeastern Iranian province of East Azarbaijan.

These exquisite, colourful scarves are woven by local artists with silk fabric. The scarves bear traditional patterns and are regarded as one of the famous symbols of the province.

In addition to the art of weaving, the unrivalled fabulous patterns on the scarves have made them all the more attractive and internationally famous.

It is said that the scarves woven in this small town with a population of only 20,000 people are among the most expensive ones in the world. Even one such scarf made hundreds of years ago is kept at the Louvre Museum in France.

These scarves are exported to countries such as Germany, the United States, Turkey, Turkmenistan and Azerbaijan.

The scarves are made using a technique called Batik printing, which is one of the skills native to locals in Oskoo. The Batik printing art was registered on the national list of handicrafts in 2010 as the most important handicraft of this town.

It is interesting to know that tar is used to do the designing and chisel work in order to make dye more stable and more impenetrable. The more patterns a scarf has, the more expensive it is.

The 500-year-old art is local to Oskoo, and Batik printing is among the jobs done by family members and most workshops doing Batik printing are family businesses.

Saeed Behmanesh is the owner of one of these workshops.

“From A to Z of the production process is done at workshops, and most of our products are exported to Turkmenistan, Turkey, the Azerbaijan Republic, Uzbekistan, Afghanistan and Pakistan,” he says.

He says it takes several days to produce one Batik-patterned scarf. He says the production process has nearly 30 stages.

The designs chiseled with tar are washed with oil, because the only material that can wash away tar is oil. Then they hand the fabric on ropes on rooftops and leave them there until oil evaporates. Then the fabric is washed with water and soap and taken to the dry cleaner’s.

Each workshop has its own brand.

The scarves are commonly used for happy occasions such as wedding ceremonies.

Around 40 percent of the Baltik-designed scarves produced in this town are supplied to the domestic market and the remaining 60 percent are exported.

Documents show Baltik printing was originally an art of China before it reached its climax in Indonesia. Then the art was promoted in other countries such as India, Sri Lanka and Malaysia. In the 17th century, countries like the Netherlands and France pursued the Baltik industry as well.

And as Iran lies on the Silk Road, Iranians got familiar with the art thanks to merchants and convoys that travelled along that route and began to practice it.