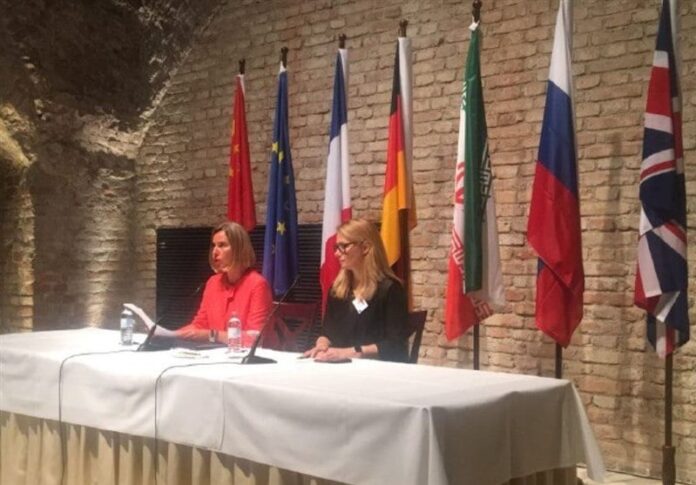 Russia, China, Germany, France, and the UK have reaffirmed their commitment regarding a number of objectives including the continued export of Iran’s crude oil despite the US’ bid to cut the Islamic Republic’s oil revenues.

A Friday meeting among senior diplomats from Iran, Russia, China, Britain, France, Germany and the European Union, held in Vienna to discuss the ways to save the Iran nuclear deal, came to an end with a statement from the JCPOA joint commission.

The high-profile meeting in the Austrian capital involved delegations from the remaining parties to the Joint Comprehensive Plan of Action and a team from the European Union, led by EU Foreign Policy Chief Federica Mogherini, who read out a communiqué after conclusion of the talks.

The full text of the statement which was read to the reporters at the end of the meeting by Mogherini is as follows: