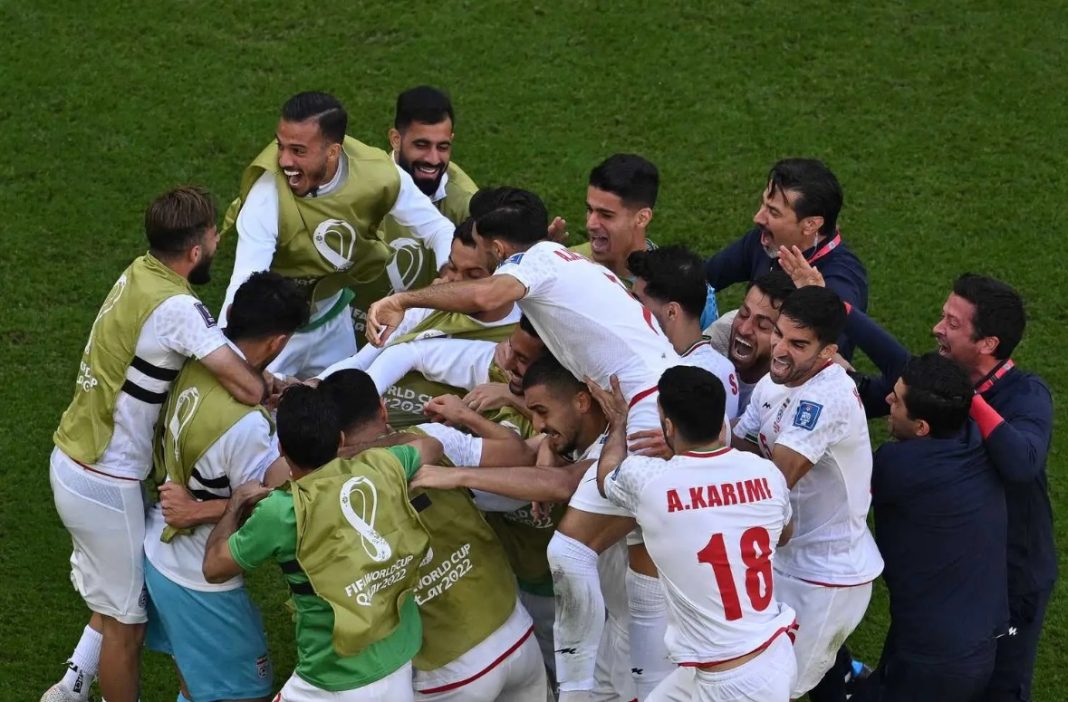 Iran scored two late goals to gain its first win at the Qatar World Cup during a crunch game against Wales at Ahmed Bin Ali Stadium in Doha.

After an uneventful first-half, Iran dominated the passage of play in the second with Team Melli hitting the post twice in the space of 10 seconds.

In the 51st minute, Sardar Azmoun cracked the right-hand of the post after a beautiful angled through pass, then Ali Gholizadeh beat the flying Wayne Hennessey with an extravagant long-range curler that thumped the left-hand of the post.

Iran continued to pressure and in the 84th minute Hennessey saw red after denying Mehdi Taremi a clear goalscoring opportunity.

Substitute Rouzbeh Cheshmi finally found the back of the net with a screamer in the 98th minute while Ramin Rezaeian dinked the ball over Danny Ward in the 99th.

Iran were deserved winners. They were the stronger team even before Hennessey was sent off, and kept playing with purpose and belief even when it looked like time was up.

“It’s just the beginning now, we need to finish the job. I think it was a wonderful day for us,” Iran coach Carlos Queiroz said speaking post-match.

He added: “I want to say thank you to our players, they were brilliant. They deserve all the attention and respect.”

Iran had opened up its World Cup campaign with an incredible 6-2 lose to England.