There won’t be a thaw in Tehran-Riyadh ties under King Salman: Expert 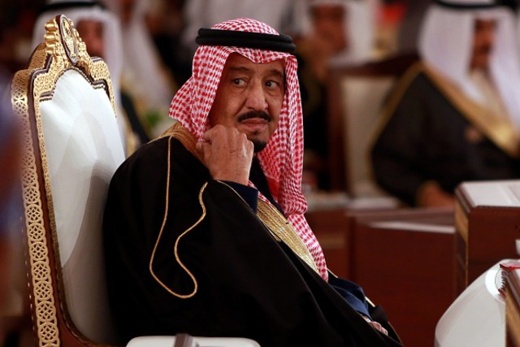 Zanganeh says King Salman is unlikely to seek to ease tensions with Iran given the presence of security-minded people in his royal court.

On January 24, Dr. Sabah Zanganeh, a veteran diplomat and foreign policy expert, was quoted as saying that Saudi King Salman bin Abdulaziz, who has just acceded to the throne, is unlikely to seek to ease tensions with Iran given the presence of security-minded people in the royal court. The following is the translation of his opinion piece posted by irdiplomacy.ir:

King Abdullah’s demise paved the way for Crown Prince Salman bin Abdulaziz, who is almost 80, to accede to the throne. When Salman served as heir-to-the-throne, many distractions emerged in the Al-Saud family. Today those peripheral questions are likely to draw more attention than before.

So the post-King Abdullah era can be described as one of the stickiest periods in Saudi history, because on top of power struggles at home, the kingdom faces challenges abroad.

Although in his speech, King Salman said that he would follow in the footsteps of his predecessor, the transformation he has introduced at home could alter the course that Saudi Arabia is moving on.

When King Abdullah rose to power, he too introduced fundamental changes to the system and put loyalists in positions of power. Now his successor has followed suit and given power to loyalists who are mainly from the Sudairi family whose members have risen to power multiple times.

Salman is the 7th king of Saudi Arabia. The ailing 80-year-old monarch is one of the Sudairi Seven who have wielded power in different positions for years. Before his accession to the throne, Salman was the minister of defense and governor of Riyadh Province for 48 years (1963-2011). His nomination of Prince Muqrin as deputy prime minister and reinstatement of Prince Mohammed bin Nayef as interior minister indicates how much sway security-minded individuals hold within the Saudi ruling system.

That the king himself and his son Muhammad bin Salman – minister of defense, chief of the royal court and an advisor to him – remain in charge of military matters shows that the approach adopted by King Fahd is still alive and will bring about an increase in arms purchases.

However, the key point is the presence of a third-generation of Abdulaziz’ sons in the governing system which fans the flames of family feuds. The rise to power of the senior sons of the Al-Saud family is a general rule which has been compromised, and this will definitely give rise to a sense of dissatisfaction in the ranks of the third generation.

Yet, the presence of King Salman at the highest level in the hierarchy could keep the rows within the House of Saud in check, because he has the experience of coping with such problems under his belt.

A[recent] visit by a US Senate delegation led by Republican Senator John McCain to Saudi Arabia is indicative of the rising influence of the Republicans in America and of an improvement in ties with the Al-Saud family after Salman’s accession to the throne. Republicans believe that closer ties with Riyadh could give the arms industry a shot in the arm. In fact, relations between Riyadh and Washington are based on such mentality.

Republicans don’t care about human rights and won’t exert any pressure on the Al-Saud family. With King Salman in power, the question here is whether Tehran-Riyadh relations will improve. Given the presence of security-minded people around King Salman, he is unlikely to pursue easing tensions with Iran unless pressures at home like national security issues leave the new monarch no choice but forge regional cooperation with Tehran to bring the kingdom’s problems to an end.