Women at Front Line of Fight against Violence: Iran FM 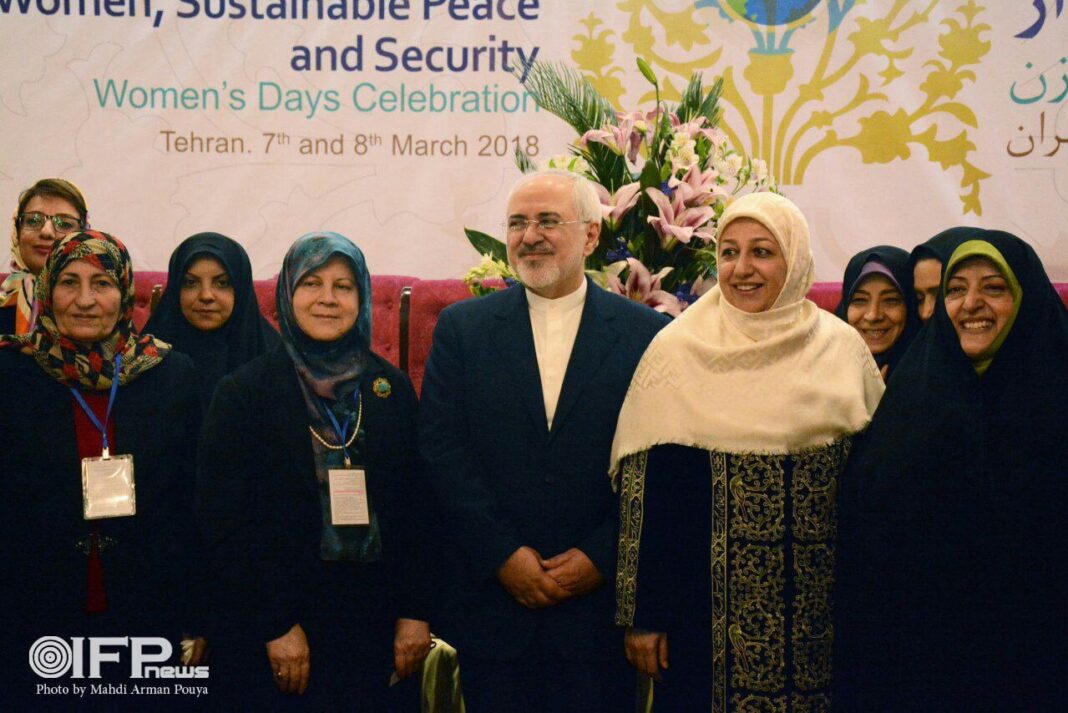 Iran’s Foreign Minister Mohammad Javad Zarif says women are at the forefront of the campaign against violence and hate.

Addressing the “International Event on Women, Sustainable Peace and Security” held on Thursday in Tehran, Zarif underlined that women can be the standard-bearers of building a new thought, a new attitude and a new viewpoint based on kindness and compassion.

“Women are the epitome of kindness and signs of God’s love and compassion; for all of us, mothers are symbols of kindness and can spread this kindness across the world,” Zarif said during the event, which marked the Women’s Day.

“Women should never allow the mothers of Srebrenica to be forgotten, mothers who witnessed the brutal killings of their children, brothers and fathers in front of the eyes of the international community and UN peace-keeping troops. These signs of violence should be introduced to the world by women, so that such events will not be allowed to be repeated,” said Zarif.

He said one’s security should not lead to others’ insecurity. The top diplomat noted that if violence against women is tolerated today, then “we will have to tolerate genocide tomorrow.”

Zarif said if the culture of indifference towards deadly and dangerous weapons is accepted, then “we will have to witness murder in cities.”

Iran’s foreign minister said the culture of violence, persecution and tyranny against women and children knows no borders.

“We should not allow violence, oppression and discrimination to be promoted against half of the Islamic community, i.e. women, in the name of the Great Prophet of Islam.”

He also noted that the culture of discrimination, hate and violence in society, the region and the world should not be allowed to supersede the culture of kindness, love and equality.

The international event was held on Wednesday and Thursday in Tehran, marking both the International Women’s Day (March 8) and the Women’s Day in the Islamic Republic, which coincides with the birthday anniversary of Prophet Muhammad’s daughter Fatimah.