Will Zarif win a Nobel Prize? Experts weigh in. 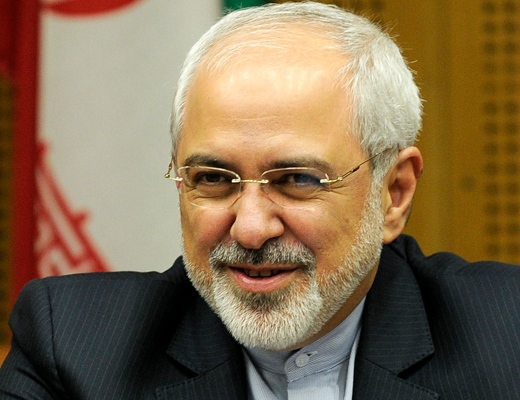 The name of Foreign Minister Mohammad Javad Zarif is on the lips of many at home and abroad these days, particularly after Time Magazine put the Iranian top diplomat on the list of its top 100 influential figures.

Robin Wright, a journalist and foreign policy analyst with Woodrow Wilson Center, says Zarif has played a role in ending the Iran-Iraq war, in securing the release of American hostages in Lebanon and in the rise to power of a new government in Afghanistan after the fall of the Taliban.

An article in Hindustan Times last week said as a result of their efforts [to hammer out differences and clinch a nuclear deal] Zarif and Kerry stand a good chance to walk away with the 2015 Nobel Peace Prize.

Can the Iranian foreign minister be a candidate for the award? In light of the fact that some Iranian officials always react negatively to the prize, will such nomination spark a torrent of criticism by the so-called Worries [hardliners who support former President Mahmoud Ahmadinejad] against the top diplomat? And if he wins the prize, will he be able to collect it, especially if the prize is jointly won by Kerry and Zarif?

An April 18 issue of Aftab-e Yazd daily featured the answers four prominent experts produced to the questions above. The following is a partial translation of their answers:

Sadegh Zibakalam (Political Science Professor at University of Tehran): I can’t comment on whether or not Zarif will win the Nobel Prize. What I am certain about, though, is that the role of Mr. Zarif in the nuclear thaw which spares the nation a predicament, is similar to what Mr. Rafsanjani did during the war: saving the nation from continuing the Iraq war.

Mr. Zarif has proven that he is a dovish politician who favors détente. I can assure you that when the nuclear case is settled, he will take steps toward détente with the US and the West.

If Zarif and Kerry jointly win the prize, the step Mr. Zarif wants to take toward détente would automatically materialize and hardline principlists wouldn’t be able to stop the improvement in ties, at least not on the international stage.

Davoud Hermidas-Bavand (Professor of International Law): Winning the Nobel Prize depends on the outcome of nuclear talks and what comes in their wake. If the upshot is positive, that could happen. When a crisis brewing for a long time is averted, what those who have played a role in easing or defusing it do can be described as quite a feat.

If there is a thaw in relations between Iran and the United States, Zarif and Kerry could be serious contenders for the Nobel Prize. Of course, the Nobel Prize for peace is different from literary and scientific awards. One cannot certainly say what factors play a crucial role in determining the winner. But Zarif and Kerry do stand a chance to jointly win the prize.

Ali Khorram (Expert in International Relations): It is too soon to predict whether Mr. Zarif will win the Nobel Prize. That a magazine puts the name of our foreign minister on the list of its top influential figures or that another publication stipulates about Nobel Prize candidates is not a reliable criterion.

Of course, Mr. Zarif deserves the prize in light of the efforts he’s put in [to settle the nuclear dispute]. But the disadvantages of talking about it too much in advance outweigh its advantages, because that would hand ammunition to opponents to target Mr. Zarif.

Fereydoun Majlesi (University Professor): At the beginning of the talks Iran was viewed as a defendant. However, a look at photos released at the close of the Lausanne talks shows that the defendant has taken on a new role, laughing on the stage with his counterparts. What else can you expect a diplomat to achieve?

Unlike former negotiators who were sullen, Mr. Zarif appeared in the talks with a trademark smile on his face. I believe he does have what it takes to win the Nobel Prize.

Messrs. Zarif and Kerry are likely to jointly win the prize because together they averted a problem that could have had very serious repercussions.

Those who make every effort to throw a wrench in the works, I mean the same people who won no more than 10 percent of the vote but still view themselves as representatives of the Iranian people will make a fuss if Zarif and Kerry are jointly nominated for the Nobel Prize. They will denounce the prize as imperialistic, but the Iranian people will definitely become happy and there will be marked improvement in the stature of Mr. Zarif overseas.