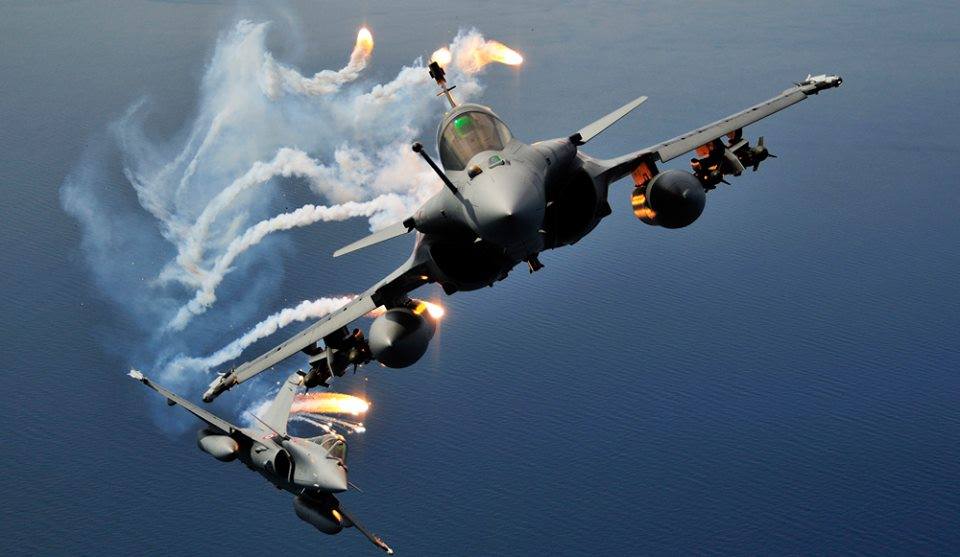 With sanctions out of way, it is likely that Iran revamp its fighter jet fleet.

YJC reports, “world powers” and the “Islamic Republic of Iran” have decided to implement the Joint Comprehensive Plan of Action (JCPOA) as they pursue constructive interactions.

Considering the fact that military sanctions are among those that will be lifted in line with the nuclear agreement, Iran is considering to procure military equipment produced by some western countries; among them “French made warplanes”.

Iranian President Hassan Rouhani’s upcoming visit to France to meet his French counterpart “Francois Hollande” has raised speculations that purchasing French-built Dassault Rafale combat aircraft might be on the agenda.

However, Iran itself has taken major steps in manufacturing combat aircraft, therefore, any negotiation regarding the purchase of foreign warplanes will include a plan to “jointly build” planes.

It is also worth mentioning that senior Iranian commanders have already announced that their agenda includes joint ventures for production of military equipment and technology and not simply purchasing them. The mighty French-built Dassault Rafale combat aircraft could be considered an option.

A high-ranking French official has said that the sales of 36 “Rafale” to Qatar is in its final stages. Qatar is buying military equipment from France as a sign of dissatisfaction with the US for Washington’s reluctance to supplying military hardware to this Persian Gulf emirate. Security concerns are main reason behind Qatar’s major arms deals with France and its western allies. Qatar does not want to be left behind from regional countries when it comes to military strength and particularly does not want to be second to Saudi Arabia when it comes to its air force.

Geopolitical analyst Gauthier Rybinski believes that the reason why a small country with a very limited population such as Qatar is arming itself is because it is seeking independence from the patriarchal political and even religious supremacy of its great Saudi neighbor.

Dassault Co. is also trying to sell 16 of its multi-purpose fighter jets to Malaysia and has resumed negotiations for a possible deal with the United Arab Emirates. It is very likely that the “Dassault Rafale” fighter to be purchased in bulk by Persian Gulf littoral states and these purchases will most probably continue.

On the sidelines of a meeting, French president Francois Hollande said: “We believe “Rafale” fighters are quality aircraft. We’ve said that to our friends and they also agree with us”.

In the Élysée politicians are trying to boost Frances economy by selling military equipment to Persian Gulf littoral states. Of course, Iran’s policy with respect to its defense capacities is very clear. Pursuing the ultimate goal of self-sufficiency, in the event that such aircraft are purchased, the potential to build and to be overhauled inside Iran exists.

Considering the steps that the EU is taking to lift the sanctions against the Islamic republic, and while US President Barak Obama has allowed the sale of commercial aircraft to Iran, it is very likely that transferring the knowhow to build state-of-the-art fighters be on the agenda of “Iran-France business relations”. However, so far all if this is only press speculations.

P.S. the original report published by the “Young Journalist Club” which is a subsidiary of the IRIB, also includes information about the technical features and different classes of the Rafale fighter as well its exclusive capabilities, and price which IFP has chosen not to translate.
› Subscribe
Share
Facebook
Twitter
ReddIt
Email
Print
Telegram
WhatsApp
VK
LINE
Viber