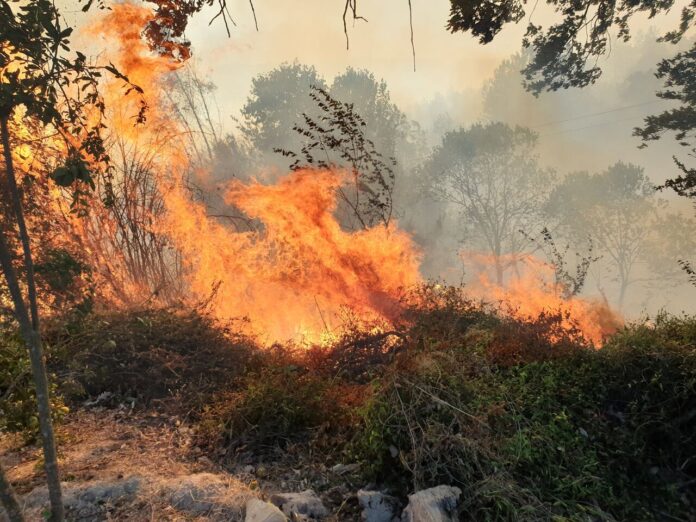 A huge wildfire is burning forests of Kouh-e Nour in the suburbs of the Iranian city of Kohgiluyeh.

That’s according to the head of Boyer Ahmad’s Natural Resources Department. Abbas Hassanzadeh said the fire broke out at 8 pm on Tuesday.

He added that the fire is raging on in insurmountable parts of Kouh-e Nour, which has caused the firefighters to face an uphill task reaching the site of the fire. There has been no report on the cause of the fire.

Kohgiluyeh and Boyer-Ahmad Province is home to 16,249 square kilometers of pasture and 800,000 hectares of forests, which have witnessed 38 fires so far this year.