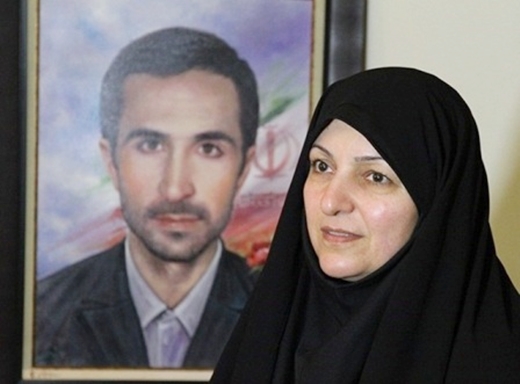 The wife of the martyr nuclear scientist Majid Shahriari here on Sunday appreciated the efforts made by Iranian negotiators who concluded a nuclear deal between Iran and the Group 5+1.

In an open letter addressed to Iranian people, Behjat Qasemi said,’ We do not trust US and West, but we do trust the children of our land.’

Touching upon the recent success of Iranian Government in safeguarding the country’s nuclear rights and lifting of the illegal and tyrannical sanctions against Iran, she said, ‘We do believe in our honest, brave and courageous Iranian officials.’

She also congratulates the Iranian nation over removal of sanctions against Iran.

On November 29, 2010, unidentified terrorists attached bombs to the vehicles of Iranian university professors Majid Shahriari and Fereydoun Abbasi and detonated them.

Professor Shahriari was killed immediately, but Abbasi and his wife sustained minor injuries and were rushed to hospital.

On December 2, 2010, the Iranian Intelligence Ministry announced that the Mossad, the CIA, and the MI6 all played a role in the attacks.