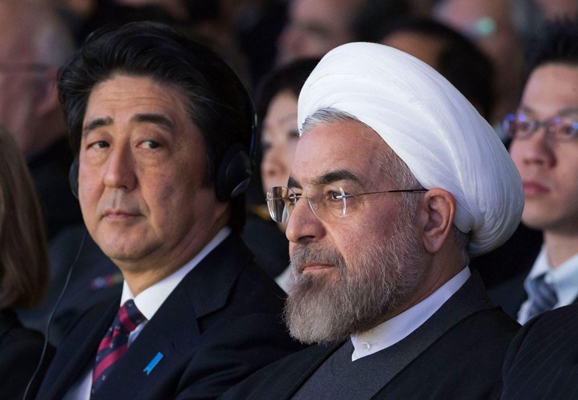 It's been three weeks since the visit of Japanese Prime Minister Shinzo Abe to Tehran. However, observers are still wondering why the historic visit did not yield any desirable achievement.

Abe made the first visit of the highest Japanese executive official to Iran after 41 years, and many expected the visit to result in a major change in Iran’s relations with the international community.

Before Abe’s visit to Iran, some American media had reported that the Japanese prime minister would visit Iran to convey offers from the American side. The New York Times had reported that Abe would set forth three proposals during the visit: reducing restrictions on Iran’s oil exports, decreasing limits on banking interactions, and removing auto industry sanctions. Later reports showed he was actually supposed to make those offers during the visit. Informed sources say Abe had received the offers from the American side and was supposed to share them with Iran with the aim of easing tensions and prepare the grounds for the beginning of Tehran-Washington talks. It becomes even more convincing when we recall that ahead of Abe’s visit to Tehran, Donald Trump had travelled to Tokyo and held long talks on Iran with the Japanese side.

The offers had reportedly been conveyed to Iran before Abe’s trip, and Tehran had implicitly expressed its satisfaction, saying that it would wait for Abe’s visit to hear the offers from himself and make its final decision, but it was OK with the offers in general. According to informed sources, the offer of reducing restrictions on oil exports was indeed based on giving temporary waivers to some of Iran’s oil clients. This was actually the main demand of Japan and Abe, who has in recent years always tried to maintain Tokyo’s economic relations with Tehran, and meet its oil demands through Iran. On average, Japan used to import about 300,000 barrels of oil per day from Iran before the re-imposition of Washington’s unilateral sanctions against the Islamic Republic. Also when it comes to sanctions on the auto industry, we see that Japanese carmakers are active in Iran and Tokyo is looking for a solution to be able to secure their continued operation.

The issue of waivers was so serious that, amid Abe’s visit to Tehran, some sources reported the US administration was set to extend Iran’s oil waivers for some countries including Japan, South Korea, and China. Informed sources also say Iran had told the Japanese side it did not want to hold direct talks with Washington, but considered Tokyo a good mediator for such negotiations.

However, everything suddenly changed. Two days before the Japanese premier’s visit to Iran, in a move that came against Tokyo’s expectations, the US imposed petrochemical sanctions against Iran. Abe thought Trump’s offers were still in place. However, when the Japanese leader was starting his trip, he was suddenly informed by the White House that the Trump administration had taken back its offers. High-ranking informed sources say when Abe went to meet with Iranian President Hassan Rouhani and Iran’s Leader Ayatollah Seyyed Ali Khamenei, he did not raise any of those offers. This comes as according to sources familiar with the issue, Abe had shared those offers with Iran ahead of his visit.

Nevertheless, Abe believes his visit had two important achievements: the first one was Rouhani’s remark that Iran is not after a war, and the second was the Leader’s emphasis on the fact that Iran considers development of nuclear weapons “haram” based on his fatwa.

Therefore, the visit – that could not only ease regional tensions and de-escalate Tehran-Washington relations, but also mark the beginning of a new diplomatic initiative – was neutralized by the US itself. Informed sources say the team of anti-Iran hawks surrounding Trump – who are against any serious talks with Tehran and have been known as the B-Team – were directly behind the sudden change in Trump’s approach.