Why is a deal a sure thing? 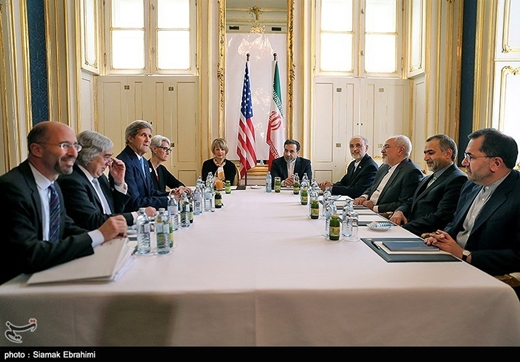 In these talks, the world is watching the art of diplomacy stand up to aggression against other countries and attempts at regime change.

The world is anxiously waiting for an important deal, one which determines not only the future of Iran, but that of the entire world. This deal is not only vital to Iran, the US and the other five countries involved in nuclear talks, but it puts the entire world to the test. It is a battlefield that pits diplomacy against war, a destructive civil war that has claimed tens of thousands of lives in the past decade and displaced millions more. In these talks, the world is watching the art of diplomacy stand up to aggression against other countries and attempts at regime change.

Over the years, the world has repeatedly witnessed the overthrow of governments in different countries as well as the rapid growth of terrorism, violence, massacre, aggression and power struggle in different places. The world is sick and tired of conflict. Ministers and deputy ministers from seven powerful countries have not been sitting at the negotiating table for no good reason. They have been trying to prevent the defeat of diplomacy at the hands of violence, death and destruction.

In this grand test, the world wants to learn that logic, and not warmongering, is the best way to counter terror and violence. Most of the world nations favor a secure, peaceful world. Mutual understanding and dialogue to settle differences can help the world achieve these objectives. In these days, the world wants to put wisdom to the test and vote for its efficacy.

Centuries before other peoples had a definition for human rights, residents of this land respected the rights of others regardless of gender, tribe, religion and color of skin. These people do not have any record of committing aggression, barbarism and genocide. For instance, during the war Saddam’s Iraq imposed on Iran, the world united to bring this nation to its knees. People lost their property, made the ultimate sacrifice and gallantly stood up to aggressors.

When the war was over and the aggressor was deposed, the people of this land did not seek revenge. Rather, they rushed to the assistance of their former enemies to settle their internal problems. The world has not seen so nice people. It is true that thanks to betrayals by some on cultural and economic fronts, some people have lost their nobility. But these people are the children of the martyrs in whose vessels the blood of peace circulated.

That is the reason why we are safe, we are right in the middle of fire, though. May God help the world emerge with flying colors from this test. May the world’s performance serve as a cure for all the wounds survivors in the world of violence have suffered. Amen.