Why Iran Leader Replied to Obama’s Letter, but Not to Trump’s 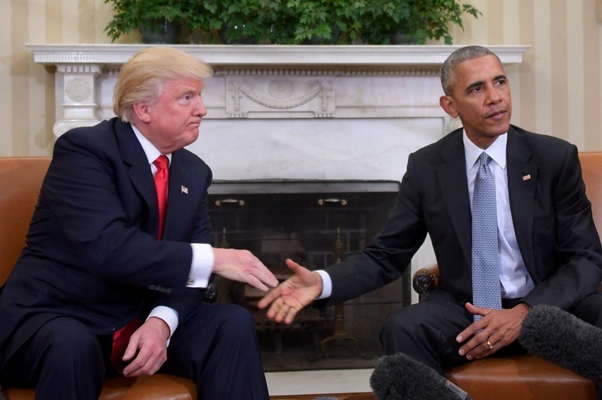 Different reactions of Ayatollah Seyyed Ali Khamenei to calls for talks by two US presidents reveal the great importance that the Islamic Republic attaches to mutual respect and independence, writes Secretary of the Supreme National Security Council of Iran.

In an op-ed, Ali Shamkhani has referred to the stances of the Leader of Iran’s Islamic Revolution towards US President Donald Trump and his predecessor Barack Obama’s calls for talks and said the different reactions show that that the Islamic Republic behaves within a clear set of principles.

“During his last month’s meeting with a group of Iranian officials, the Leader talked about a letter sent by former US President Obama for talks which was replied mutually. But during his meeting with Japanese Prime Minister Shinzo Abe, he explicitly said that Trump doesn’t merit any exchange of messages,” he said.

Shamkhani noted doubtlessly there is no difference in the deceptive and irreconcilable nature, goals and behaviours of the US administrations towards Iran from Obama to Trump. “So, what is the reason behind the Leader’s decision to adopt two different approaches towards the two US president’s calls for talks?”

He answered that by violating all international norms and law, Trump is seeking to establish himself as an international racketeer with unpredictable behaviours. He thinks he can infringe on the Iranian nation’s rights through such methods.

According to Shamkhani, through this behaviour, Trump has created huge challenges in the international arenas and in some cases particularly in dealing with some low-level wealthy states of the region has managed, to some extent, to achieve its material goals and meet its arrogant wishes.

“My own interpretation is that the two different approaches adopted by the Leader towards the two US presidents is deeply rooted in 1) Iran’s emphasis on the principle of mutual respect and the policy of humiliating the bullies, and 2) its insistence on the principle of independence and continuation of active resistance as a major and never-changing strategy,” he noted.