Where does tourism stand in Iran’s Sixth Development Plan? 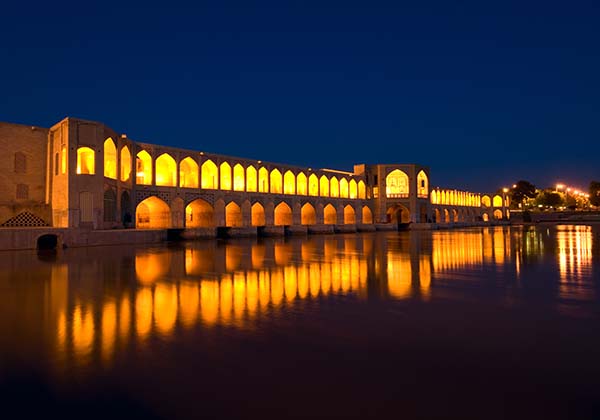 An Iranian official has said Iran needs to tap into the potential of international companies and use joint ventures in the post-sanctions era if it really seeks to revive its tourism sector.

Iran has detailed development plans. Experts say that the country’s first five development plans – each running for five years – have failed to achieve their intended results either because of mismanagement, especially during the ninth and tenth governments under Ahmadinejad, or because of international sanctions, especially in the last three years.

Under Article 50 of the general policies of the country’s Sixth [Economic, Social, and Cultural] Development Plan, the tourism industry should be boosted to ensure a minimum five-fold increase, by 2020, in the number of foreign tourists visiting Iran. According to the deputy director for investment at the Cultural Heritage, Tourism, and Handicrafts Organization, the Management and Planning Organization has defined twelve areas in the Sixth Development Plan with one solely focusing on tourism.

Donya-e Eqtesad on August 26 published a report on tourism and the place it has been given in the country’s Sixth Development Plan. It also compares the sixth plan with previous five-year plans asking whether the new development document creates enough opportunities for the country to boost its tourism. The following is the translation of part of that report which includes an interview with Gholamheidar Ebrahim-Bay Salami, the head of the Iranian Tourism Scientific Association (ITSA):

Some experts say that government should take the first step toward developing the country’s tourism industry. They say government should decide to give top priority to tourism and take measures in this regard. Gholamheidar Ebrahim-Bay Salami, a member of the Supreme Cultural Heritage and Tourism Council, says in the general policies of the Sixth Development Plan, the Supreme Leader has openly stressed the need for increasing the number of foreign arrivals; that’s why the government too should focus all its attention on boosting the tourism industry.

He says, “If we want to generate revenues, create jobs, eliminate poverty, promote justice, and protect the environment and the country’s material and spiritual resources, we need to bolster tourism. A country is deprived of progress and security when its tourism stops growing.[…]”.

He says in the third and fourth development plans, tourism was the country’s 43rd to 46th priority respectively. “Now that we are about to putting together the sixth plan, we need to redouble our efforts to place tourism on top of this plan’s priorities. To make it happen, we should focus on core points such as tapping into the potential of international companies and streamlining joint ventures in the post-sanctions era”.

The ITSA chief went on to highlight the necessity for the adoption of laws to smoothly run the industry, saying, “This can be an incentive and catalyst for investment by the private sector in the tourism industry so that the country can absorb both national and international investors and those involved in the industry can make profits.

“Making laws which can streamline things can direct the huge volume of un-invested liquidity in the country – hovering above $250 b – toward the tourism industry. Major tourism laws such as Article 11 of the law on the Cultural Heritage Organization which focuses on finances, ten-year tax exemption, duty-free services for importing tourism-related cars and production of quality cars in Iran should be reformed.

“The sixth development plan calls for the expansion and improvement of transportation in the country. Proper measures should be taken to develop roads and raise the quality of vehicles. As the general policies of the sixth plan focus on developing transportation and creating a competitive market, we need to put development of rail and air fleet on the agenda. The country now needs to add 1,500 cars to its rail fleet and 400 planes to its air fleet,” the official said.

“The country’s airports should be developed and equipped, especially Imam Khomeini International Airport whose passenger-transfer capacity [passenger load factor] should be raised to 25m a year. We all know that the glory of the Islamic-Iranian culture and the hospitality of the Iranians are reflected in the planning we make for the tourism industry. We should make proper planning so that any tourist who comes to Iran can feel the noble culture of Iran firsthand.

“The sixth plan should also pay close attention to the following: a science-based look at the tourism industry, tapping into the experiences of other countries in developing tourism, organizing and exploiting the potential of tourism graduates, and setting the stage for local communities to get involved in the development of tourism.

“All Iranian officials have started to pay attention to the role tourism plays in the country’s economy, but they have yet to take basic steps toward that goal, steps such as placing tourism on the priority list of the sixth plan and implementation of measures to boost tourism,” he concluded.