Where did it all go wrong with IRIB? 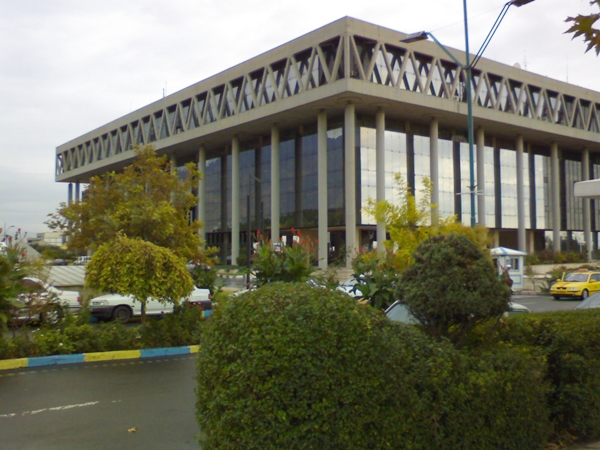 An Iranian news website has released a report on the performance of IRIB, saying that the national broadcaster is looking at Iran’s nuclear talks with P5+1 through a negative lens.

A medium which is expected to act in line with national interests in covering Iran’s nuclear talks with P5+1, is ignoring the country’s interests and has overtaken foreign media in beating the drums of cynicism [about the final result of nuclear talks].

Nuclear talks are at their final stop with the world waiting to see what comes out of Vienna. Certain media outlets spare no effort to paint a black picture of what is unfolding in the Austrian capital. Pessimistic news stories come as a surprise when they are aired by a national medium which is funded by the country’s public budget.

Fararu.com on July 4 published an analytical report on where Islamic Republic of Iran Broadcasting (IRIB) stands when it comes to nuclear talks, saying that the national broadcaster has overlooked the country’s national interests and expediency, swimming against the tide of the Islamic Republic’s policies – which are aimed at the settlement of Iran’s nuclear case through talks.

The following is the translation of excerpts of that report which also includes an expert view by Hassan Beheshtipour:

At a time when Iranians are following news on a daily basis eagerly waiting for good news, IRIB is trying – in its different news programs – to convince its viewers that any agreement [with P5+1] would be a bad deal.

A case in point is a report entitled “A good Iranian agreement and a good US agreement” that has been aired in all news bulletins of the Islamic Republic of Iran News Network (IRINN) making a distinction between a good deal from the viewpoints of the Iranians and Americans, disputing the president’s stress on a win-win situation in nuclear talks.

Selection and broadcast of pessimistic reports and headlines are not all. The experts different IRIB channels host are chosen from among the opponents of the talks, who lash out at government’s nuclear policies whispering “We cannot succeed [in the talks]”, with the proponents who can defend the talks conspicuous by their absence.

A producer of a program in which Seyyed Mehdi Tabatabaei – the guest – had defended the Iranian nuclear team has been reprimanded, according to khabaronline.ir.

With Iran and six world powers getting closer than even before to a nuclear deal, IRIB’s managers have reportedly ordered the producers of religious programs at radio and TV services as well as news shows not to talk about the peace treaty signed by Imam Hassan. [In a bid to serve the interests of the faith, the second Shiite Imam signed a peace deal, renouncing his right to official leadership of the Muslim community.]

IRIB rejected the report as sheer lie, with the head of the broadcaster’s Public Relations Office saying that IRIB is seriously pursuing the nuclear issues. The performance of the national broadcaster, which has been repeatedly criticized by the president, shows that it is banging the drums of defeatism more than any foreign media.

Hassan Beheshtipour, an expert in nuclear issues, says the performance of the broadcaster should be assessed by looking at its different programs.

“As a viewer, I should say that the warnings the national broadcaster airs on the news on nuclear talks outnumber the hopeful remarks it releases.

“We should avoid generalization [when it comes to the performance of IRIB on nuclear talks] and we need to first review different news bulletins – case by case – in a [special] period and then pass judgment.

“It is my impression that at news bulletins which are broadcast at 14:00 PM, 20:30 PM and 21 PM local time, the promising parts which indicate talks are likely to result in a deal are less than the parts which sound notes of warning [that the talks may end without producing a deal].

“Generally speaking, I don’t think making programs on the downsides of the talks is something bad; rather, it seems necessary because it can be as a wake-up call. But a proper balance should be struck between the parts which issue warnings and the ones which beam hopeful pieces of news [on nuclear talks].

“For instance, reports of Iran repatriating 13 tons of frozen gold and of Britain removing seven Iranian real entities from its list of sanctions can be screened along with news stories that sound a note of caution.

“I still believe that we need to examine IRIB’s programs carefully and in a case-based fashion in order to make [impartial and] fair judgment on the workings of IRIB.

IRIB out of tune with government and people

“We are living in a society in which multiple [distinctive] voices are heard with different people holding and expressing different views. IRIB has nothing to do with people’s political leanings and viewpoints; rather, it pursues its agenda according to the macro policies of the establishment.

Why so alarming than promising?

“Like other media outlets, there are editors-in-chief, journalists and managers of different channels at IRIB who act in line with the general policies of Islamic Republic of Iran Broadcasting – which are outlined by the Supreme National Security Council – but at times they act selectively.

“The selective approach by editors and managers of IRIB channels in choosing the newsworthy items becomes remarkably evident when we are reminded that Peyman Jebelli, who is now a deputy to IRIB president for news affairs, used to serve as a deputy to Saeed Jalili – the secretary of the Supreme National Security Council when President Ahmadinejad was in office.