When diplomacy serves the cause of development (PART TWO) 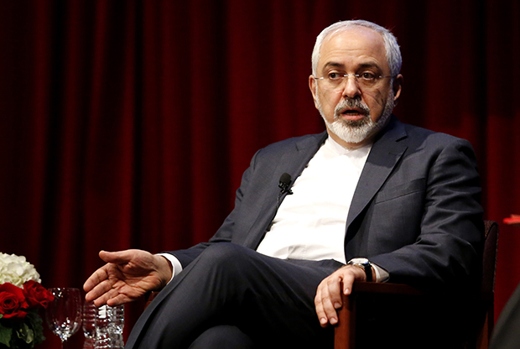 Foreign Minister Zarif has said that Iran has pursued the logical and reasonable way of mutual understanding in nuclear talks and that a settlement seems to be within reach.

“Diplomacy is the art of advancing a country’s interests at the lowest cost. Foreign policy should serve the cause of development, rather than being a burden on a country’s development drive,” he said. The following is PART TWO  of the translation of the interview:

I know you are well versed in international relations and I do not want to deny the fact that any country has its own ideals, but the point is the proportionality of national possibilities and international problems. We need to assess and sort out the priorities in a way that these two are kept in proportion. How do you think the current situation would have been different if we had given top priority to economy in order to defend our regional power?

We need to consider where we have faced challenges, on the nuclear front or in areas where certain slogans which were not necessary to be shouted were shouted. I do not intend to criticize others. As [Renowned Iranian poet] Hafez has put it “We do not accuse, we do not backbite! We do not divide – all in black and white! We do not stain others’ fame and name. Yet, of holiness, we have no claim! No doubt, the pressures which were piled on our country were not necessarily because of our efforts to pursue an independent policy.

So what was the reason?

It had multiple reasons. Imprudent measures at home were mainly to blame. A country that seeks to stand up to global policies does not rely on imports. The imprudence was the result of failure to predict the future.

Along with the middle- and low-income classes [of society] the government stresses have been hit by the sanctions, the private sector – which plays a role in producing national wealth – is pursuing the talks [eagerly] waiting for their results, but the uncertainty [about the future of the talks] have caused them not to tap into their potential. Can the July 1 deadline by which a comprehensive nuclear deal is expected to be clinched be the point where Iran’s economy can step out of uncertainty? Can it be a sign that a policymaker intends to change course when it comes to diplomacy?

The president has stressed that sanctions have left a negative impact on people’s lives and there is no doubt about it. But sanctions have failed to achieve their intended results. I have said it several times in interviews. We have even produced and uploaded a small video on YouTube saying that sanctions have caused the number of Iran’s centrifuges to rise to 20,000 from a previous 200. Barack Obama too admitted this.

To answer this question, I should say that if you speak in the language of logic and wisdom, you can be effective. There is no need to talk in a language which provides strangers with excuses; rather, you can speak in a way that the strangers cite what you’ve said. The US president has admitted that sanctions have not worked because when they were first imposed, Iran had 200 centrifuges, but today we own 20,000. He has also said that the US should look for another way to deal with Iran’s nuclear program.

This line of reasoning is very important. That means sanctions have had a negative impact on people’s lives, but they have failed to affect our policies. If we are sitting at the negotiating table today, it is because we want to break the deadlock the world has reached [over Iran’s nuclear program]. When were the efforts launched to break the deadlock? [They all began] when our nation showed – in the elections – to the world that sanctions would not help the world gain its intended goal. The objective of sanctions is not to impose pressures [on the country], they aim to separate people from the establishment.

The 2013 elections were important since they marked the time when the sanctions regime started to crumble. The ballyhoo they [some inside and outside the country] made and the negative propaganda they spread as well as what had taken place [before the elections] were followed by the Supreme Leader’s call on people to turn out and vote. As much as 73 percent of people went to the polls and made a political epic [in 2013], an epic which could break the spell of sanctions.

Seventy-three percent of people remained on the scene, cast their ballots and conveyed this message to the world that they accept domestic mechanisms and trust the establishment. This is how the 2013 elections helped launch nuclear talks.

As I already mentioned, foreign policy should not slap costs on people; rather, it should minimize their costs. As the official in charge of the country’s foreign policy, my responsibility is to help such a policy reduce the costs. Before I was about to go to the Islamic Consultative Assembly [for my confirmation hearing] I said that foreign policy should slash the costs people incur. Efforts to “minimize the costs” should not make them assume that “sanctions” have caused us to adopt such a policy.

As for the nuclear case, I should say that we have always sat at the negotiating table. I may not approve of the way the talks were conducted over the past years, but the 2013 elections and people’s message that they would not separate from the establishment marked the beginning of an era in which the world accepted that it should enter talks with Iran based on wisdom, logic and common interests.

[Back then] people showed that they do not let go of [their] national interests and revolution. We pursued the logical and reasonable way of “mutual understanding” and now we have reached a point where a settlement seems to be within reach. Of course, pressures are mounting, but it is possible to reach a settlement.

You may have read the articles written in the US; [for instance] a letter sent by Bob Corker, the Chairman of the Senate Committee on Foreign Relations, to Barack Obama shows that they [the Americans] are seeking to demand more than what has been agreed on.

Now we are going through a sensitive stage in nuclear talks and we know that economic players do need assurances. Coincidentally, what we pursue most in the talks are two types of assurances: one about Iran’s nuclear program and the other about the removal of sanctions. Currently, the talks mostly focus on giving assurances about lifting the sanctions so that economic players can confidently take steps once the sanctions are removed. Thank God, we have managed to take key positive steps in this regard, but we need to do more.

Fortunately, Western officials, both American and non-American, have made comments in recent days saying that [for Iran and P5+1] to reach an agreement there is no need for all [outstanding] issues between Iran and the IAEA to be settled. Such comments have sent a positive signal to the Iranian economy, can they [the remarks] also mean that a solution has been worked out for the Possible Military Dimensions (PMD) and the other party is now ready to solve the issue which is more political [than technical]?

From the very beginning we had said that such allegations are baseless and that Iran’s nuclear program is geared toward peaceful purposes. But we said we can help provide answers to these questions within the framework of international rules, in line with security concerns, and in a way that guards [our] national secrets. I think if the other side deals with this question realistically, it would not be tough to surmount it [such an obstacle]. We should wait and see how realistic these remarks [by Western officials] are and how such remarks will affect the talks.

Based on your guidelines, should the question of PMD be solved within the framework of a comprehensive deal? Or will you push it back?

We believe that there is no such thing as PMD, because Iran’s nuclear program has never had military aspects whatsoever. We have been cooperating with the [UN nuclear] agency and will continue to cooperate so that we can remove any ambiguities generated surrounding the nuclear case by misinformation. Let us determine the way the question is to be solved at the negotiating table.