When diplomacy serves the cause of development (PART FOUR) 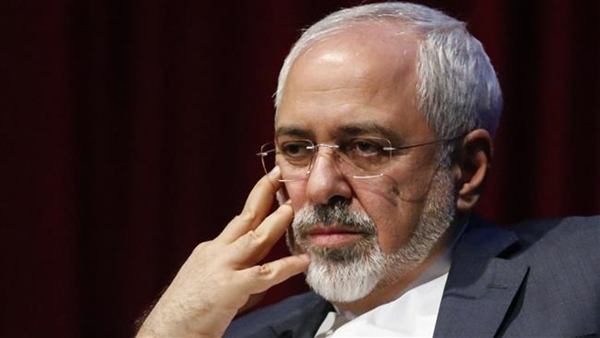 Iran's foreign minister has said that the interests of some at home and in the region might be tied to showdown between Iran and the rest of the world; but it has nothing to do with our ideals.

“Diplomacy is the art of advancing a country’s interests at the lowest cost. Foreign policy should serve the cause of development, rather than being a burden on a country’s development drive,” he said. The following is PART FOUR of the translation of the interview:

Mohammad Javad Larijani [the head of the Iranian Judiciary’s Human Rights Council] has recently said that the Americans want to draw out the talks until the UN General Assembly meets in New York. He builds on that assumption to suggest that chances of a deal by the end of June are no more than 10 percent.

I don’t see any reason for that. As a reasonable person, if Mr. Larijani sees things that way, he definitely has his own reasons for such assumption. I am not aware of any such reasons. Nor are the Americans saying that they want the talks to be drawn out until the General Assembly. As I said we don’t have any problem either.

In order to turn our ideal power into genuine influence, we have to transform our positions to global norms. To achieve that, we need to have knowledge about the tools and the rules of the play, not simply force our hand by the rules of the play. As I said we need to know about these rules. There are a lot of differences between playing with and without knowledge about those rules.

Let me give you an example. When Dr. Rouhani attended the first General Assembly in the capacity of president, extremism, which has now turned into a hot-button issue in the world, was not as widely debated. He built on his genuine knowledge of regional realities and international tools to put forth a plan to counter violence and extremism. And the General Assembly voted for his World Against Violence and Extremism (WAVE) initiative.

Since President Khatami’s Dialog among Civilizations initiative, we had been unable to turn anything into an international norm until WAVE came along. WAVE was an indication of our might as we held on to our ideals. I mean, WAVE was based on our ideals, so was Dialog among Civilizations which argued against the application by some of their domineering approach to impose their views on others.

The Dialog among Civilizations initiative suggested that the shelf life of the paradigm of global dominance had expired and that a new collaboration paradigm had to be worked out. That was based on our ideals. In fact the General Assembly voted for an ideals-based resolution.

More recently we said that the world should form a united front against extremism and violence; that was based on our ideals too. These are the things we are doing in pursuit of our ideals and the noble discourse of our revolution. We have been successful on that front. The Imperative of a Comprehensive Strategy to Fight Violent Extremism, one of my articles, published by a famous US journal earlier this month offered an opportunity to identify international realities and turn local ideals into global norms.

There are signs that Iran and the US are holding talks on issues other than our nuclear program. Yemen is a case in point. You recently paid a visit to Oman. There are speculations that your visit was in line with broader Iran-US dialogue.

I visited Oman for regional issues and for talks with officials of neighboring countries. Actually, I went there for an issue related to the Persian Gulf. We have been in talks with Omani officials on that issue for a long time. I have published articles in The New York Times and Asharq al-Awsat on the necessity of creating a dialogue mechanism in the Persian Gulf region. The country that contributes most to that initiative is Oman. The same issue has come up for discussion during President Rouhani’s visit to Muscat, Sultan Qaboos’ Tehran visit and the numerous visits I have paid to Oman.

Of course, Iran and Oman have close positions on Yemen and need to make consultations on that issue. I have visited Oman a few times to discuss the developments of Yemen. Before flying to Pakistan and Kuwait I visited Muscat. Those are the areas of cooperation between Iran and Oman.

Oman may convey our messages to the Americans? Is that a possibility? Did you deliver any messages?

We can deliver any such message to the Americans ourselves. We have direct channels of communications.

Have you talked about Yemen and Saudi Arabia on the sidelines of nuclear talks with the Americans?

There is a difference between talking about something and holding negotiations about it. When two diplomats sit in a room on a day when the defenseless people of Yemen are being targeted from air, they definitely say that the airstrikes should come to a halt. But we have not held official talks on Yemen.

Does that mean you have talked about Yemen?

As I said, we have talked about it. But there were no official negotiations.

You believe that China has managed to stick to its ideals and at the same time enhance its interaction with the rest of the world. Can Iran do the same thing after the nuclear dispute is done and over with? Unfortunately, some believe that the prolonged period of non-interaction, especially during the eight years [under Ahmadinejad], has seen the emergence of regional and international beneficiaries whose interests lie in confrontation between Iran and the rest of the world. Can that be resolved?

If a group wants to clamp down on the Shiites in Bahrain or assist IS in its fight against the Syrian people and identify Iran as an enemy of the world in the process, our ideals tell us not to allow it to do so.

Some have a misunderstanding of ideal interests and act as if our interests lie in being viewed as a threat on the international stage, a threat anyone who tries to approach should be stopped.

Had they not wrongfully identified Iran as a threat to the world, they would not have been able to so easily support extremists in Iraq and Syria for years. Today no one can easily support IS and Al-Nusra Front. The same countries readily supported these two entities for years and sold their stance to the world under the guise of Iranophobia. Our ideals dictate us to stop them.

What about other variables? I don’t want to name names, but anytime we have moved in the direction of détente, suspicious incidents abroad have interfered with our measures.

That is exactly what I believe in. Foiling it requires vigilance. Anytime we launch such a move, certain actors have entered the equation, trying to interfere with our march by making huge investments. I have noticed that. The reason is that the massive interest of the Zionist regime and others lie in identifying Iran as a threat.