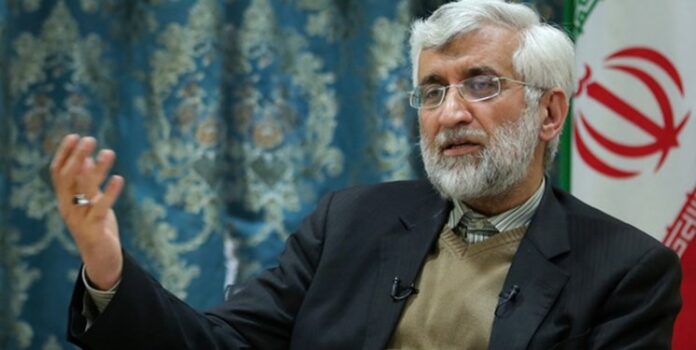 A senior Iranian official says the United States’ return to the 2015 Iran nuclear deal, officially known as the Joint Comprehensive Plan of Action (JCPOA), would mean nothing without lifting sanctions.

Saeed Jalili, a member of the Supreme National Security Council, echoed statements made by Leader of the Islamic Revolution Ayatollah Seyyed Ali Khamanei regarding the sanctions, and said what is important for Iran is the lifting of sanctions.

“We are not insisting that the US return to the JCPOA, nor are we in a hurry for the US to do so,” he said in an exclusive interview with Khamenei.ir, the official website of Iran’s Leader.

“Whether the US will return to the JCPOA or not is not our issue,” he added.

“Our logical and rational demand is that sanctions be lifted,” Jalili noted.

“Iran has every right to see sanctions lifted,” the official stressed.

Jalili added the JCPOA was basically a tool to have the sanctions lifted.

“The objective was to have the sanction lifted,” he explained.

As the Leader has stressed, Jalali said, sanctions must be “lifted,” not “suspended.”

“Two important [categories of] sanctions include banking and oil sanctions,” which must be lifted, he said.