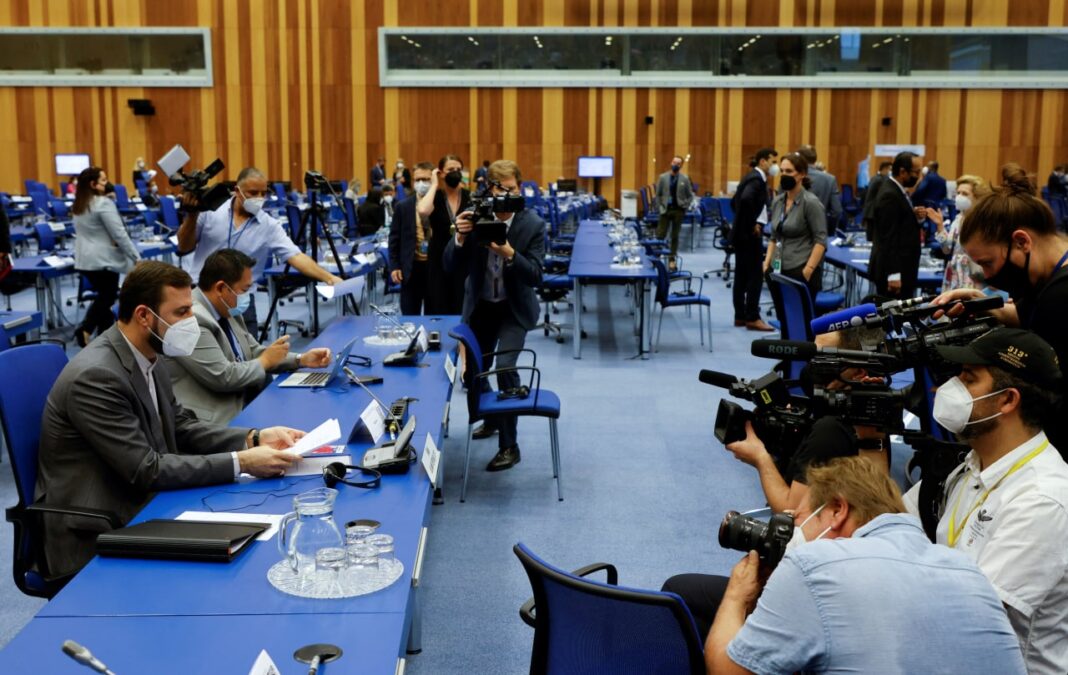 The US, France, Britain and Germany have dropped plans for pushing an anti-Iran resolution at the meeting of the International Atomic Energy Agency (IAEA)’s Board of Governors in Vienna. The decision comes in the wake of the agreement reached between the IAEA and Tehran over monitoring the latter’s nuclear activities.

Western countries on Monday scrapped plans for a resolution criticising Iran at the UN atomic watchdog after Tehran agreed to prolong monitoring of some nuclear activities.

The decision by the United States, France, Britain and Germany not to push for a resolution at this week’s meeting of the IAEA’s 35-nation Board of Governors avoids an escalation with Iran that could have killed hopes of resuming wider talks on reviving the Iran nuclear deal.

During a last-minute visit to Tehran this weekend by IAEA chief Rafael Grossi, Tehran agreed to grant his agency overdue access to its equipment in Iran that monitors some sensitive areas of its nuclear programme. Inspectors will swap out memory cards more than two weeks after they were due to be replaced.

Grossi said on Sunday that the agreement solved “the most urgent issue” between the IAEA and Iran. He made clear on Monday, however, that on another source of concern – Iran’s failure to explain uranium traces found at several old but undeclared sites – he had obtained no firm commitments.

“I did not receive any promise,” Grossi told a news conference when asked about the uranium traces, the first of which were found more than two years ago at a site in Tehran that Iran has described as a carpet-cleaning facility.

“What I said there … is that I need to have a clear conversation with the new government about this,” he added.

A joint statement by the IAEA and Iran on Sunday said Grossi would meet Iran’s nuclear chief Mohammad Eslami in Vienna next week and then Grossi would “visit Tehran in the near future to hold high level consultations with the (Iranian) government”.

Grossi declined to say more specifically whom he would meet in Tehran or when.

The aim of the weekend agreement was to buy time for wider diplomatic efforts aimed at bringing the United States and Iran fully back into the 2015 nuclear deal, which imposed restrictions on Iran’s nuclear activities in return for the lifting of international sanctions against Tehran.

Then-President Donald Trump pulled the United States out of the nuclear deal in 2018, re-imposing punishing economic sanctions on Iran. Tehran responded as of a year later by breaching many of the deal’s restrictions and later enriching uranium to purity levels much closer to weapons-grade.

Indirect talks between Iran and the United States stopped in June, days after Ebrahim Raisi was elected President of Iran. Western powers have called on Iran to return to negotiations, saying time is running out, while Raisi has noted Iran is willing to, but without Western “pressure”.

“Iran played its cards well,” one Vienna-based diplomat said of the weekend agreement.

“The promise to continue high-level discussions on the outstanding issues managed to deflate the pressure for a resolution, even if what Grossi brought back from Tehran was pitifully little,” the diplomat added.