A doll designer has unveiled a new doll inspired from a Persian folklore tradition related to the New Year, which is still reverberating in northern provinces of Gilan and Azarbaijan.

The doll, named Chaharshanbe Khatun (Wednesday’s Lady), is associated with a New Year folk and less-practiced tradition which is related to the spring-cleaning. 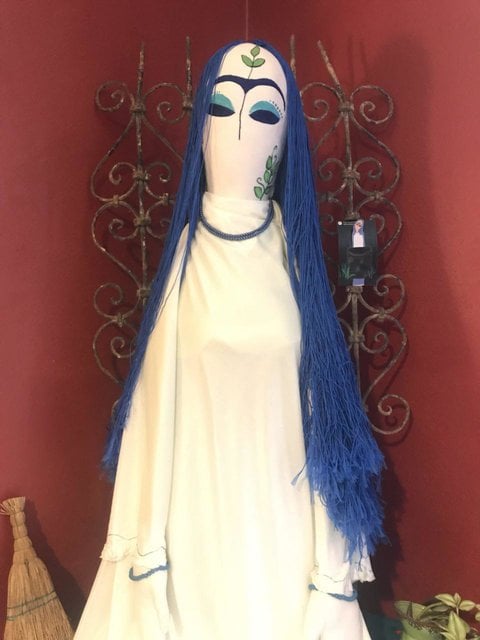 People in Gilan believed in a fairy creature called Chaharshanbe Khatun who was dwelling in wells and came out to bless houses cleaned for spring on the last Wednesday of the year.

Designer of the doll Mojdeh Daneshpajouh said she became interested in the fairy story when she heard of it and decided to make a doll for it.

“There have been just stories and pictures of Chaharshanbe Khatun, so I decided to make a doll for the story when I heard it for the first time,” she said, as reported by ISNA.

Daneshpajouh said people believed the fairy in the story would fulfill their wishes if they do not get scared upon seeing her.

In some areas, she said, people would even braved the darkness at night to go out and call Khatun so that she appears to them and makes their wishes come true.

The doll would be interesting for those who are interested in folklore and like to get familiar with the face of a fairy that fulfills their wishes.

Chaharshanbe Khatun has been put on display at Tehran’s International Dolls Museum on Feb. 25 where the fairy behind the doll’s creation is narrated by its designer.