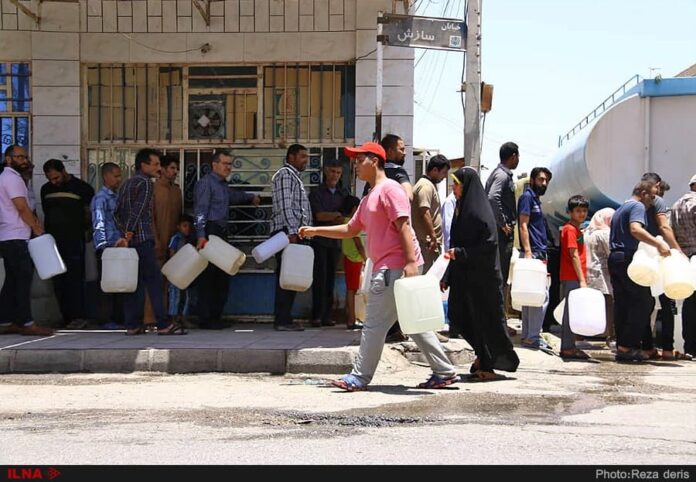 The poor quality of drinking water in southern Iran, particularly the south-western province of Khuzestan, has triggered protests in recent weeks.

Last week, the Abadan Water and Sewage Department said water would be rationed in the city because of “the saltiness of the Bahmanshir river (reaching salt levels as high as those at sea), a stoppage in the extraction of water from the river and a drop in pressure levels.” The department announced that water rationing will continue until late July.

“The salinity of the Bahmanshir river has reached that of the sea, and water cannot be extracted from it because of excessive saltiness, which has caused a drop in water production in Abadan,” part of the department’s statement read. The same problem exists in Khorramshahr as well.

“The government is determined to solve the potable water problem in the cities of Abadan and Khorramshahr as soon as possible,” Iranian First Vice-President Es’haq Jahangiri said a few weeks ago.

“We should make every effort to improve water quality in Khorramshahr and Abadan before reaching the critical level,” said Gholam-Reza Shariati, the governor-general of Khuzestan province, a few days ago.

“The tap water that people get in these two cities is salt water,” he added.

Water rationing in Abadan comes at a time when people in many areas across Iran are grappling with the water shortage crisis.

“Given the growing trend of drought over the past few years and a shortage of resources to provide drinking and irrigation water in areas such as Khorramshahr and Abadan, the government drew up an extensive plan to tackle the issue. The measures and efforts culminated in a decision made by the Cabinet on April 4, 2017 about the water and sewage infrastructure, stability of the power grid and environmental problems in Khuzestan,” said Farahmand Hashemizadeh, the deputy governor-general of Khuzestan for development affairs.

“One of the plans was to bankroll a project in the southwest known as the Ghadir Water project,” he added.

“The project provides for a new 2,000-milimetre [water transfer] line with high capacity that will run from the Karkheh dam to gradually provide water for 25 cities and 1,600 villages; but due to the current circumstances, the cities of Abadan, Khorramshahr and Shadegan take priority,” he said.

It is noteworthy that the Ghadir Water Project got off the ground in 2010 to take water to certain high-priority cities such as Abadan, Khorramshahr, Masjed-Soleiman, Andimeshk, Dezful and Shooshtar as well as 1,200 villages in Khuzestan, and the Khuzestan governor announced months ago that the project had no problem in terms of funding.

“Any failure by officials to implement the project is not acceptable,” said the provincial governor.

“The water that Khorramshahr and Abadan need is maximum 90,000 and 150,000 cubic metres per day respectively, and this water is to be mainly provided by the Ghadir project, and part of it is provided by Bahmanshir and Arvand (rivers),” said Hashemizadeh.

“With water salinity levels going up in Bahmanshir and Arvand [rivers], it was decided that the entire water needed for Khorramshahr and Abadan be provided by the Ghadir project, and work is being done very fast, the Ghadir project will fully provide the water needed by Abadan and Khorramshahr by July 6, 2018 as scheduled, and water extraction from Arvand, Karoon and Bahmanshir will completely come to a halt; so, dear citizens shouldn’t worry about the drinking water both in terms of quantity and quality,” said the deputy governor of Khuzestan.

“During this time, water tankers have been sent in and packaged water has been distributed to make up for the water shortage as much as possible,” he added.

He also weighed in on rumours that Iran has been selling water to Kuwait and Iraq.

“I’m telling you with certainty that no water is being transferred [from Iran] to Kuwait and Iraq, and no such plan is on the agenda,” Hashemizadeh noted.

“Kuwait had made a request [to receive water from Iran] in the past, but the request was considered out of the question due to the drought and water shortage [in Iran], and no such action has taken place, and these rumours emerged just based on what had been discussed in meetings and what was put on paper,” he added.

Meanwhile, the managing director of the Khuzestan Water and Sewage Company underscored that the damaged part of the pipeline carrying water from Karkheh has been fixed over the past three days.

“With water beginning to be pumped as of early Saturday, June 30, the transfer rate will reach maximum capacity, and it is expected that … our dear people will receive water which can be purified by desalination machines used in homes, and people will no longer need packaged water and water tankers,” he said.

Sadeq Haqiqipour also said the second phase of the Ghadir Water project is being implemented rapidly.

“More than five teams are working in different areas to implement the project, and every effort is being made to put the pipeline into operation as soon as possible to completely desalinate the water,” he said.

He underlined that now there is no other way but to extract water from the Karoon and Bahmanshir rivers. 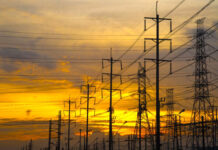 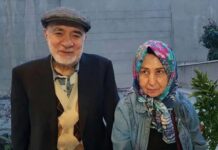 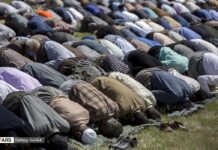 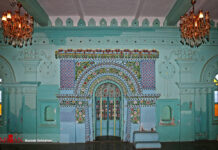