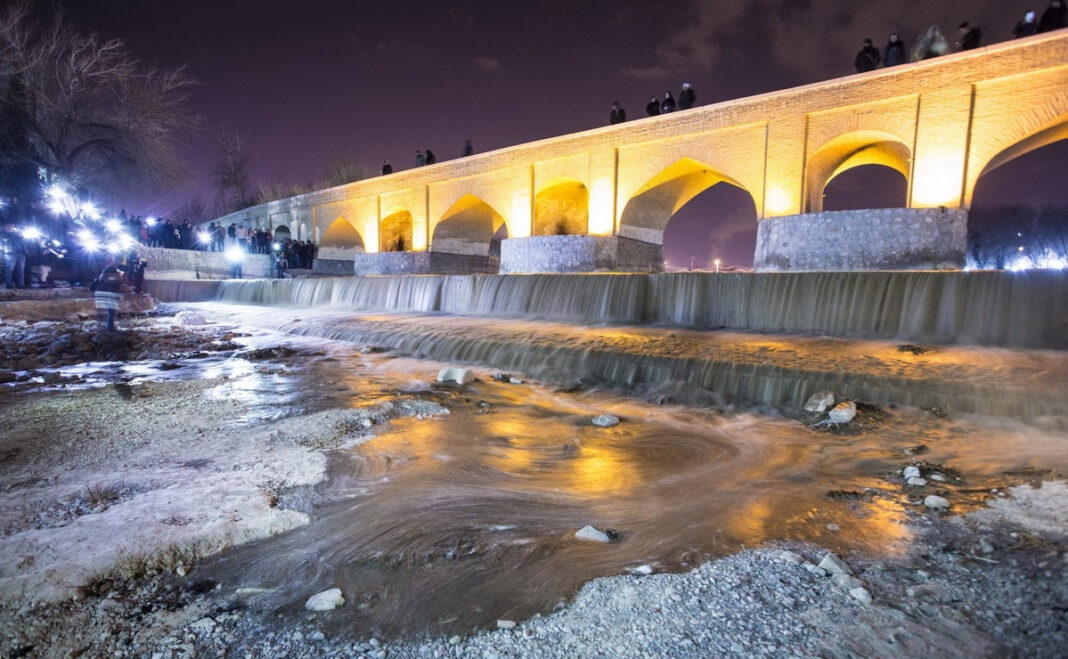 The floodgates of Zayandehroud Dam were opened on Sunday to allow water to flow into the parched river with the same name.

“The current flow rate is 60 cubic meters per hour and the gates will remain open for 22 days,” Masoud Mirmohammad Sadeqi, the head of Isfahan Regional Water Authority, told IRNA.

The water flow is expected to reach the central and eastern parts of the water-stressed Isfahan Province by Wednesday.

Initially, due to overuse, Zayandehroud had lost more than 600 million cubic meters of water, so the authorities decided to cut the river’s water flow, except for periodical releases, for irrigation purposes.

Following years of misuse of the once-overflowing river, authorities decided years ago to cut water flow to the river completely.

According to Financial Tribune, the floodgates have been opened three times in the past 14 months: November 2015, February 2016 and January 2017.

Zayandehroud originates in the mountains of Chaharmahal-Bakhtiari Province and flows eastward toward Isfahan before ending up in Gavkhouni Wetland.

Officials say Isfahan’s struggle with drought makes it difficult to supply farms with the dam’s water while upholding the Zayandehroud and Gavkhouni’s water rights.

Unrestrained urbanization, outdated farming practices and the presence of water-intensive industries such as Mobarakeh Steel Company have put undue pressure on the province’s dwindling water resources.

Here are IRNA’s photos of the flow of water in the endangered river: