I want to picture today’s Iran for Americans: US photojournalist 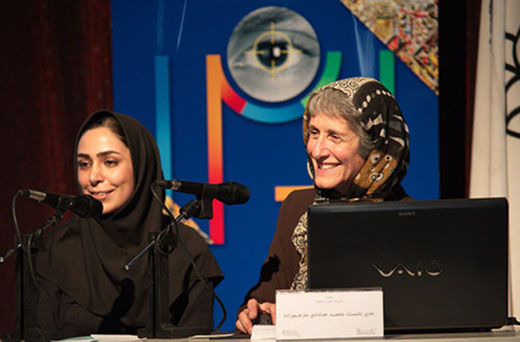 I decided to visit Iran again and be the only female US photojournalist who adds photos of today’s Iran to her old collection of snapshots, said Goodman.

Randy H. Goodman, a US photojournalist, who visited Iran on three occasions during the 1979 Revolution and later during the Iran-Iraq war, has returned to Iran after 35 years in a bid to add photos of modern-day Iran to her previous collection and bridge the cultural gap between the two nations.

What comes next is a partial translation of a report by Sobhan Farajvan about her presence in Iran after 35 years as posted by doorbin.net on February 8:

According to a report by the Public Relations Office of the National Iranian Photographers’ Society (NIPS), American photojournalist Randy H. Goodman, who has come to Iran for a visit, attended the 13th Photography Biennial at Tehran Museum of Contemporary Art on January 28. One of the areas she has been very active in is taking photos of revolutions. She was in Iran some 35 years ago and took snapshots of the post-revolution Iran.

In a speech at the gathering, Mrs. Goodman said, “My name is Randy. I have been invited by the museum curator to attend this gathering. I am glad for the opportunity to join you.”

She further said, “I am no longer the young girl who came to Iran 35 years ago; I am a mother. I decided to visit Iran again and be the only female US photojournalist who adds photos of today’s Iran to her old collection of snapshots. I have got a press pass to visit subway stations, bus stops and the city at large to take photos of people and focus my attention on a comparison between Iran back then and Iran now. I hope I can organize an exhibition and publish them in a book.”

She concluded, “Your hospitality to an American has motivated me most to complete my photo collection. I hope I can show today’s Iran to American people so that I can fill the void between Iranian and American cultures.”