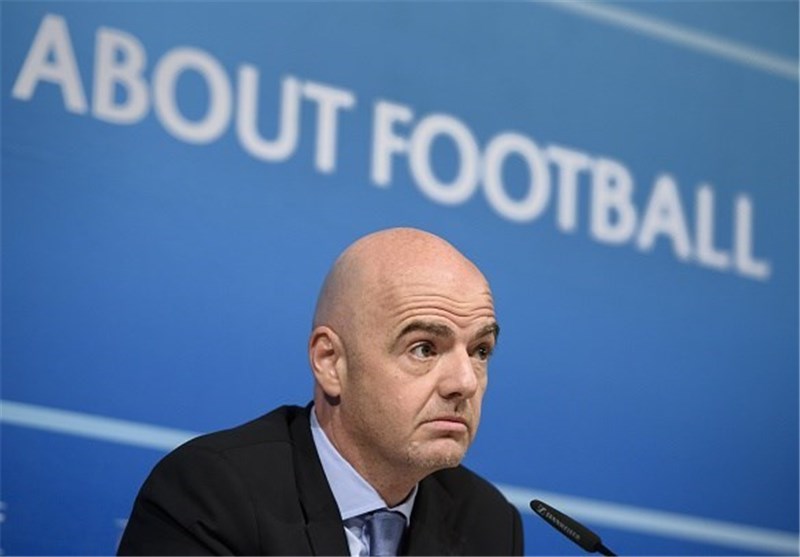 UEFA Secretary General and FIFA presidential candidate Gianni Infantino said his visit to Iran was an opportunity for him to present his ideas for the future of football and FIFA.

Infantino came to Tehran last week and visited the Iran National Football Academy in his one-day trip and hold a meeting with he Iranian media as well.

He unveiled his manifesto for the presidential campaign in an exclusive interview with the Tasnim news agency.

Infantino talked about his personal goals for the future.

Tasnimnews.com: Why did you choose Iran as the first Asian country for your presidential campaign?

I’ve been in Asia before my campaign on several occasions. I was very happy to receive an invitation from the Iran Football Federation President Ali Kaffashian.

Iran is currently the leading Asian team in the FIFA ranking and it’s a great football country with a long tradition and several titles won. Iran has been a driving force for football, futsal and beach soccer in the region. The passion from everybody involved in Iranian football is impressive. It was a real honor to be invited and have the possibility to visit your country.

Would you please tell us about your presence in Iran as well as meeting with the country’s football officials?

I had an opportunity to visit the Iran’s National Football Academy. My goal was to talk about football and also present my ideas for the future of football and FIFA. I also wanted to discuss what we can do together in the future.

Did you achieve your travel goals?

I think both me and President Kaffashian felt that it was very positive that I came here to explain my vision and to hear the needs and ambitions of the Iran Football Federation. I’m convinced that this was a very important visit for the future of FIFA. And I was very encouraged by the support I felt in Iran.

Will you increase the number of Asian participating teams in the World Cup if you are elected as FIFA President?

In my manifesto (www.fifaforward2016.com) I propose a World Cup with 40 teams with the AFC increasing from 4.5 to 6 with the possibility to have 7 representatives depending on sporting results. I consider the expansion of the World Cup as a great opportunity to promote football in the more counties and regions of the world without endangering the quality of the competition. It will also enable generating additional revenues to help developing football throughout the world.

Is there any possibility to change the host of 2022 World Cup because of FIFA’s scandal?

After more than five years, the fact is that we have not seen any proofs of any misconduct. Therefore I don’t want to participate in more speculation about that matter and believe we should now concentrate on organizing a great World Cup in 2022, and before that also in 2018.

How do you evaluate your chance of winning FIFA presidential election?